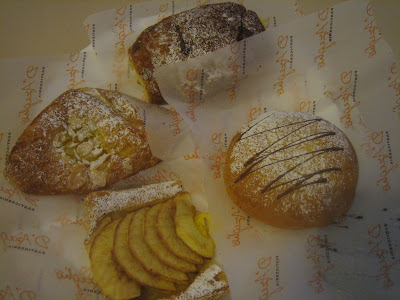 When we arrived in Bologna that first thing I remember that caught my eye was this adorable Pasticceria we passed in a taxi while on our way to our new apartment. I bookmarked it in my mind and told myself that I would one day find that beautiful Pasticceria. A few weeks later we ventured out one morning to grab some pastries and found the cute Pasticceria on Castiglione, a well known street in Bologna which we live close to and pass every day on our way to school. I was so excited to see it jam packed with people. A true sign that this place had something great to offer. We ate our pastries and loved every bite. I told Tyson at that moment in August that instead of a birthday cake for my 24th birthday in March I wanted to go to a Pasticceria, choose a few pastries, and sample them all. And he helped make my birthday wish come true today. 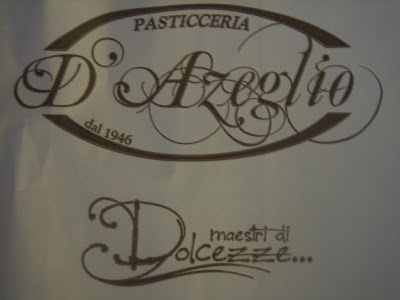 I went to a nearby Pasticceria and gazed at the selection while other customers streamed into the little shop and sipped their cappuccino's. I picked out a few that made my mouth water and headed home to split them with Tyson. We put the only candle we own in one of the pastries and Tyson sang "Happy Birthday" to me. 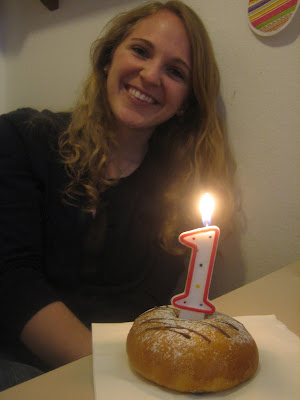 On a walk through the Piazza Maggiore at 10am there was a big commotion in front of the Fontana del Nettuno and I laughed when I saw the bike. There were lots of people laughing, taking pictures, a few police men, and a cherry picker that was being positioned to retrieve the bike from the statue. 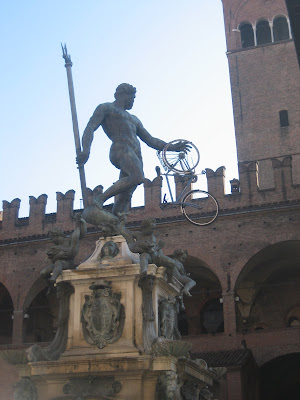 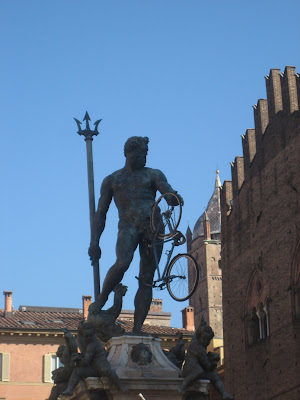 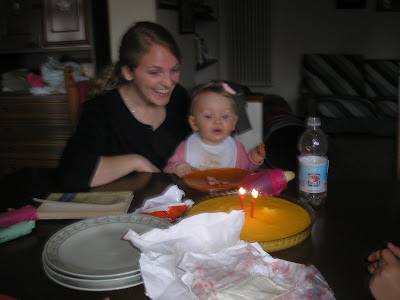 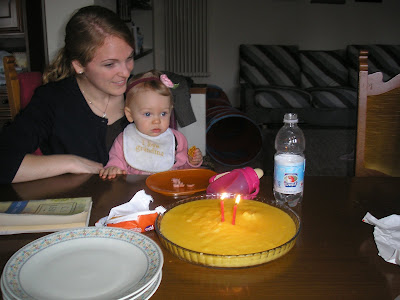 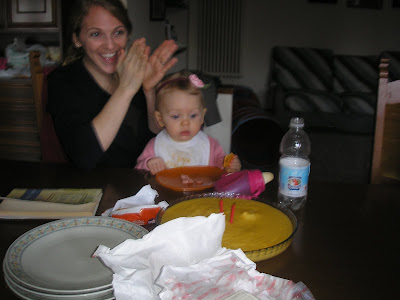 Thanks for the pictures, Julie! My polenta birthday cake
Taryn & I caught the 11B Ponticella Bus with Paige & Ada to head to Julie's house for a birthday gathering. We ate Polenta, stracchino, sausage & red sauce, and meatballs. It was delicious! We also celebrated with butterscotch and chocolate chip cookies- thanks to Julie who went to her secret stash from the U.S to make them! And tirimusi without the coffee liqueur or espresso soaked lady fingers. I'll tell you what- Tiramisu is AMAZING as long as it doesn't have those two ingredients! ( I really hate the smell & taste of coffee- Bleh!) 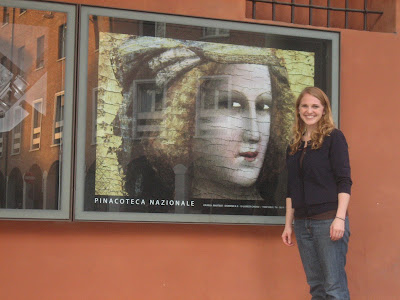 Tyson, Taryn & I went to the Pinacoteca Nazionale Museo. I still think it's funny when we go to pay the student price with our JHU I.D.'s and at first they say U.S.A students don't get the discount. But when we show them our Permesso's (good thing we worked SO hard to get them!) and tell them that we are students here in Bologna they give us the, "OHH!" face and look our I.D.'s over again. 2 Euros per ticket is a pretty sweet deal! 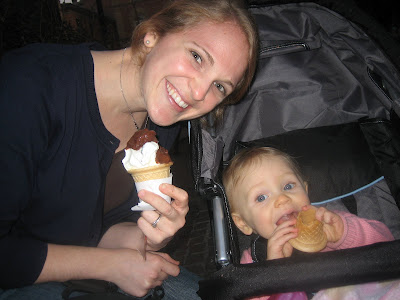 And we topped the day off with Gelato and some awesome pizza. Taryn was again so good throughout the whole day even though she only "slept" for 20 min (wha?) this morning and then another 20 min on the bus ride home. We have no idea where her burst of energy came from at the Museum. She was running around everywhere making friends with the workers. It was a good thing we were one of the few people in there! 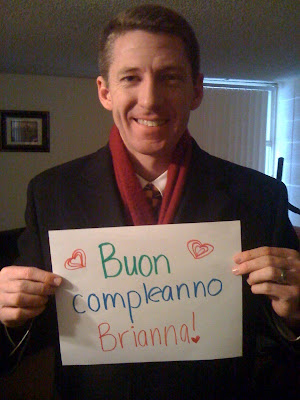 My brother, Cameron, in Utah
Thank you for all the birthday wishes via texts, emails, cards, etc! I loved them all!
Posted by Brianna Smith at 12:16 PM