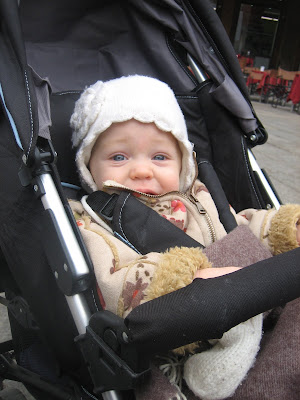 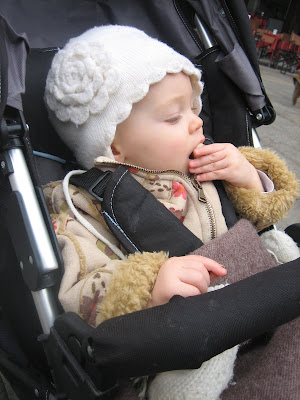 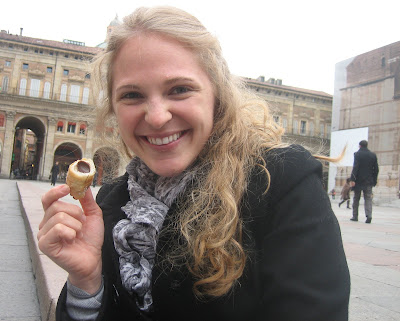 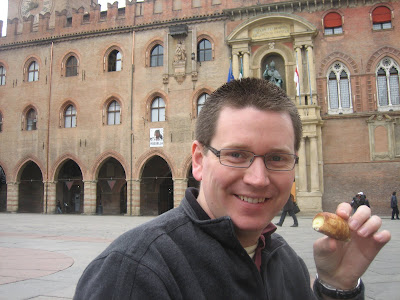 On Tuesday morning we woke up and headed down to the Piazza Maggorie where we found a little Pasticceria we've had our eyes on. We picked out our cannoli's and sat in the middle of the Piazza to enjoy them. They were good, but I really wanted to try the cannoli siciliani.
A few hours later in class, I asked my Italian teacher where to find the best cannoli. She pointed me in the direction of Santo Stefano but when we arrived they had no more. We sampled some from a nearby store instead. And that's when I discovered that they aren't as great as I thought they would be. Don't get me wrong. They're good, but not "Let's find the best one" good. So we've put to rest our search for cannoli's. Now onto somthing else! 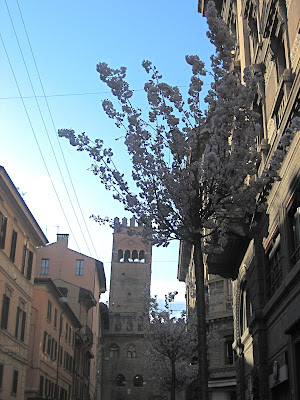 Did you know Bologna has Cherry Blossoms?!!! I didn't until a friend mentioned that they will be covering the hills soon. As I walked around Centro I found a line of Cherry Blossoms in bloom. And I thought I was going to have to wait a year after we move to D.C. to see them. They are so beautiful. They're also all over Gardini Marghertia!
Posted by Brianna Smith at 5:55 AM