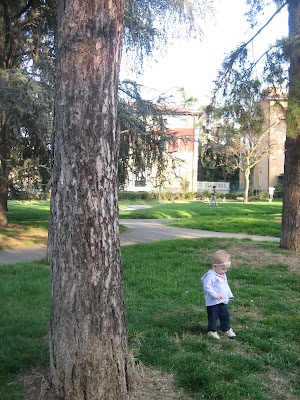 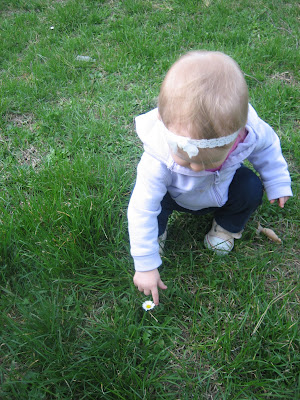 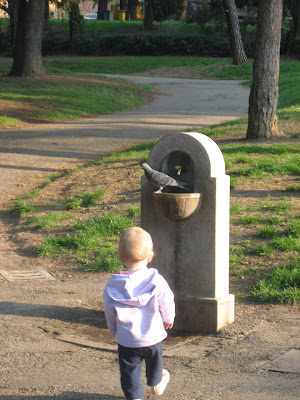 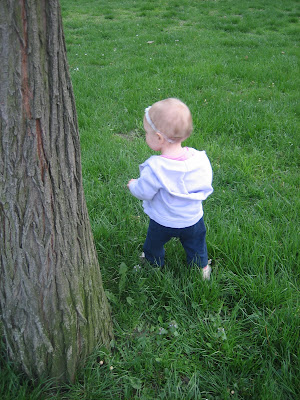 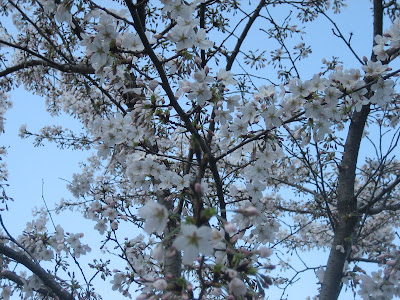 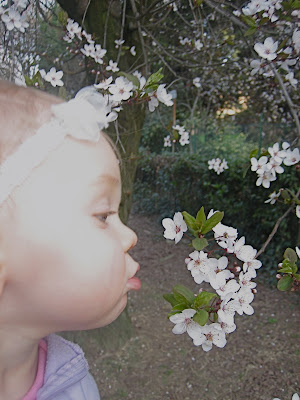 Taryn doesn't like to stay in her stroller for very long anymore and in a city where we walk everywhere this can be a little challenging. So to make errands easier, I've tried to find Piazza's, little parks, or strada's far away from cars that Taryn can walk through as we do our errands around the city.
We've found some great places and the weather has been perfect. A few extra hours outside have been the best. If I say we're going outside to Taryn, she runs to the front door and tries to open it. She wants nothing more than to roam around, chase after pigeons (picking up cigarette butts-ugh!) and to pick flowers. These are pictures from our latest adventure out to the In's Mercato, just outside the inner city wall. There was a park near the store and it had play equipment for Taryn. There were little Italian boys running everywhere with their swords, some of them thinking Taryn was a bad guy- good thing those swords were plastic and they were very "gentle" while playing with her. She made some new friends and I'm noticing more and more that she is becoming one brave little girl. 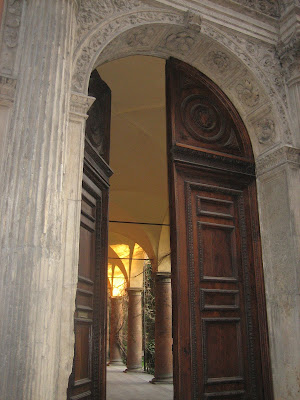 On our way home we stopped by the Collegio di Spagna because the doors were cracked open. I remember attending an art lecture when we first arrived from one of the professors at Johns Hopkins. She encouraged us to always peek our heads into places when the doors were open. Every time I do, I have seen something beautiful. 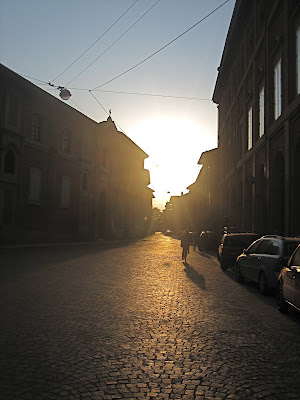 And a great sunset to end the day.
Posted by Brianna Smith at 4:39 AM