Taryn in a week 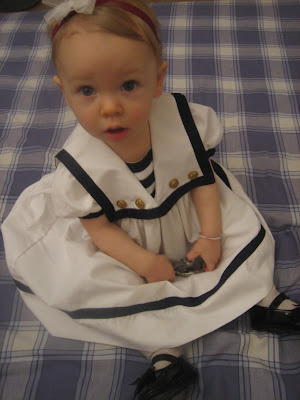 Taryn wore this dress to church on Sunday. It is a dress my mom kept since we were little girls . There was something absolutely wonderful about dressing my little girl in a dress that my sister's and I grew up wearing. 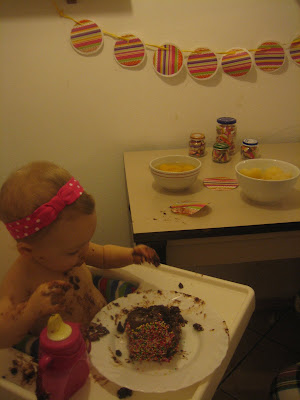 Blast from the past. (not to far back) I don't know what it is about this picture that I love so much. It's fun. And I want to tell you all that Taryn did not eat that whole cake. She made it through the equivalent of the first layer. (think-cupcake) 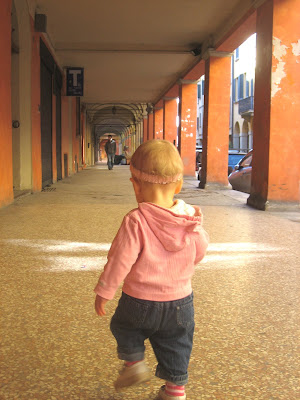 The weather is warming up and we are getting rid of our bundled layers. Just light jackets (for the time being) for us. Colder weather expected to return next week 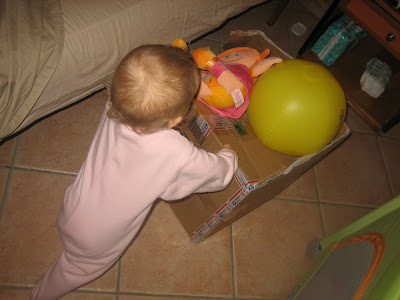 Taryn pushes this large box around the room saying "Choo Choo, Choo Choo. " And of course if Taryn is the conductor she chooses who gets to go for the special ride. This time, it was her favorite yellow beach ball and Emi. I was jealous. She learned this from the nursery boys who love their "trains"- the little chairs we have in the room. (Every other week Taryn is in nursery with me so Tyson can teach his Sunday school lesson.) We now take Taryn for rides in our wicker chair saying "Choo Choo" and she thinks it's the best.
Posted by Brianna Smith at 11:06 AM