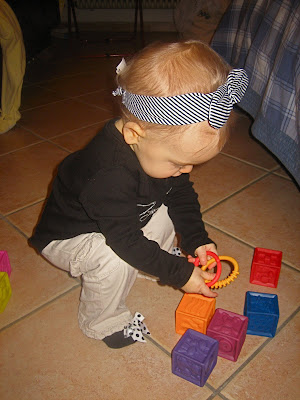 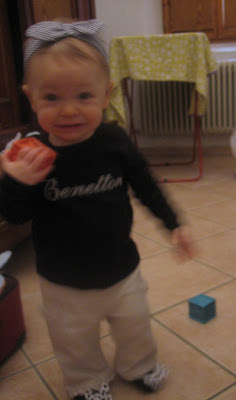 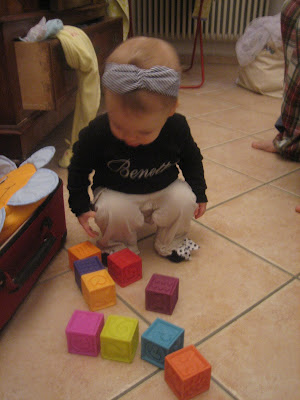 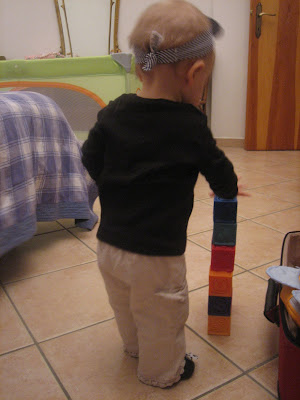 The Travis & Amy Smith family ( Tyson's brother) sent Taryn these squeezable blocks for Christmas as part of the siblings name drawing and Taryn loves them. Don't be fooled by the tall tower, even though I would love to say Taryn is very advanced for her age and can stack blocks like that and make them balance, I did the stacking. Taryn prefers to tip them over so when Tyson tries over and over again to build a hightower, Taryn makes sure it comes down. For me, I love to see her knock it down and say "Nowwhh" every time. She likes to collect all the blocks in one area by taking them one by one to the chair, bed, or suitcase toy bag. With each one she places down, she runs to get another one. We tote these blocks around with us and they've provided lots of entertainment in places that aren't always baby friendly.
Posted by Brianna Smith at 8:07 AM