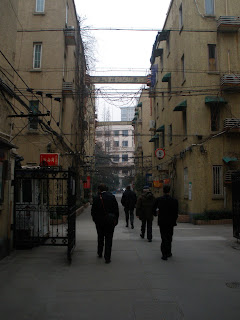 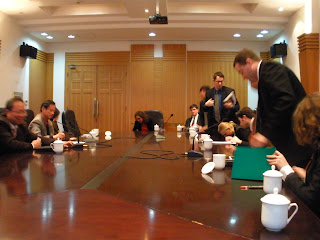 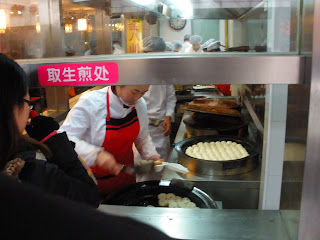 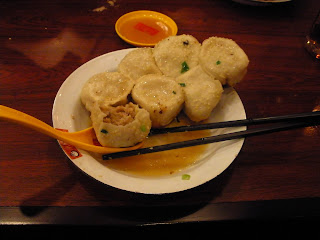 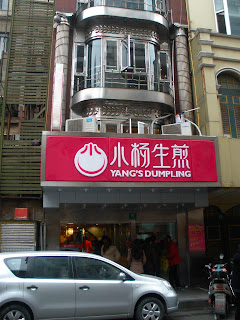 The coordinator of this China trip was a PHD student. He had lived in China for years prior to starting his PHD program. He took the group to this popular Dumpling restaurant. They only serve dumplings, but they are unique. Dumplings in Shanghai are filled with soup and served very hot. An expert eats these dumplings by using the special spoon to cradle the dumpling your holding with chopsticks. Carefully, because it's so hot, you nibble a tiny hole in the top, let the steam out and stuck out the soup. It's very messy but also very tasty. Tyson said everyone was constantly looked down at their suits to insure that they didn't get them messy from the food. 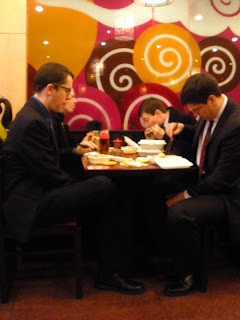 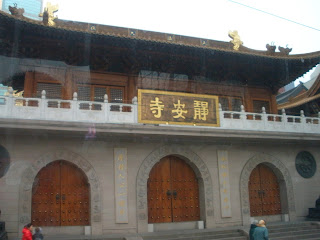 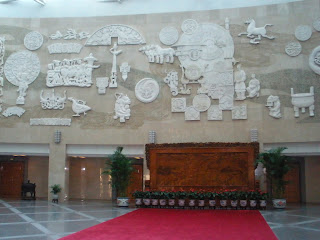 --------------Overnight Train to Beijing--------------
In the overnight train the bed was long enough for Tyson to sleep in which was great.  Unfortunately, after arriving in Beijing at 7:15 am they had to quickly shower and change for a 9am meeting.  Though everyone was extremely tired, they had to power through three meetings. 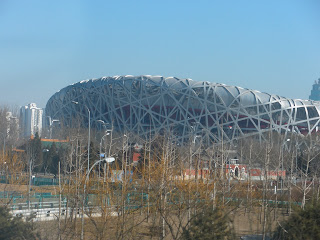 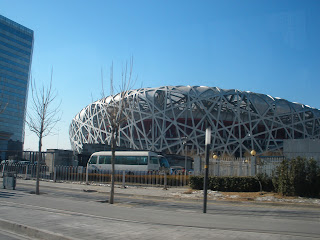 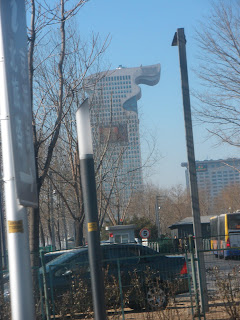 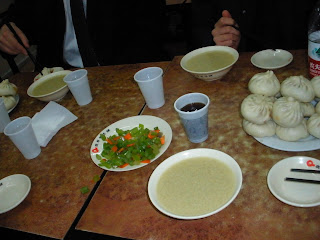 Breakfast food for lunch in Beijing ....doesn't look like Breakfast to me :) 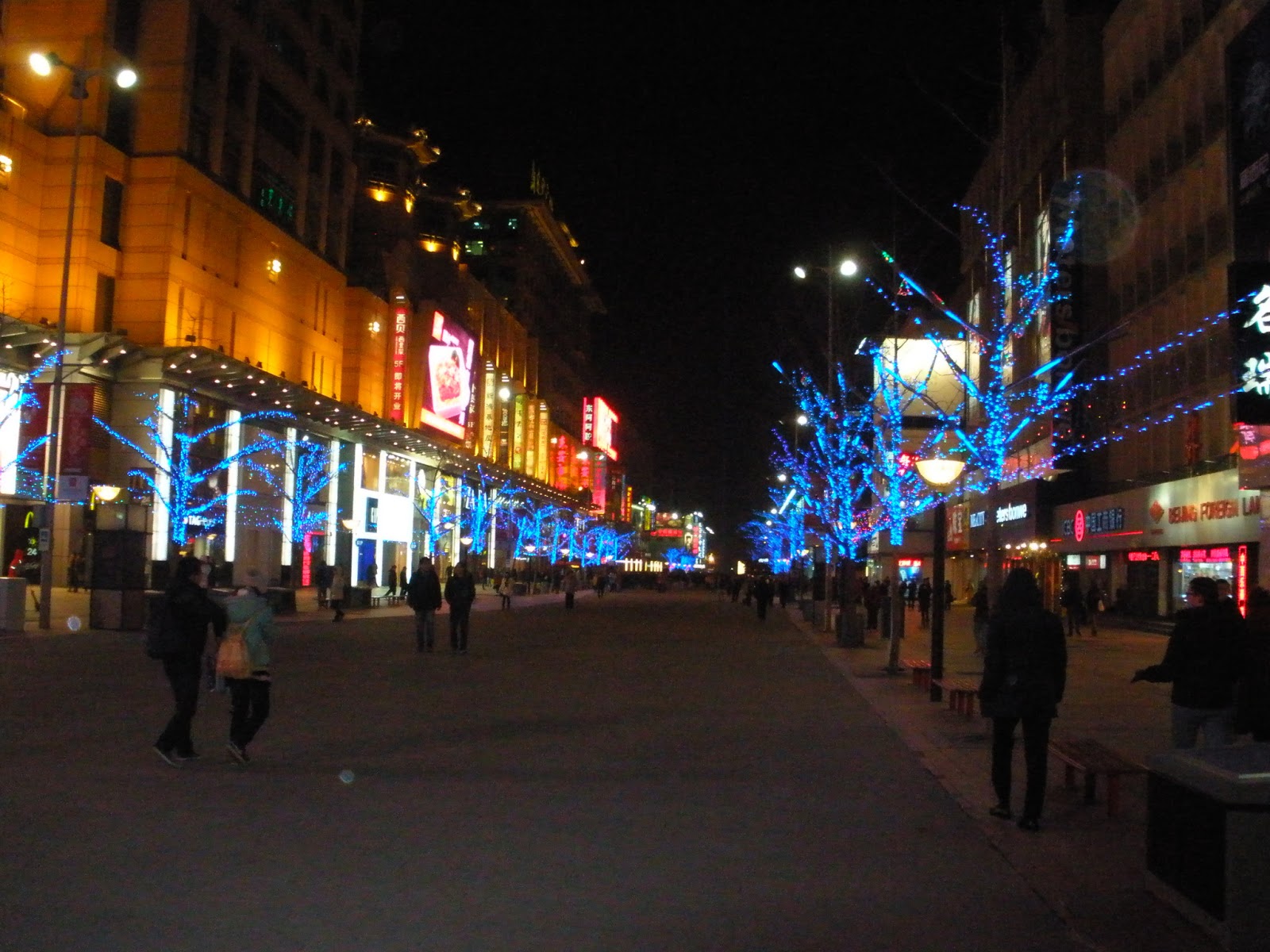 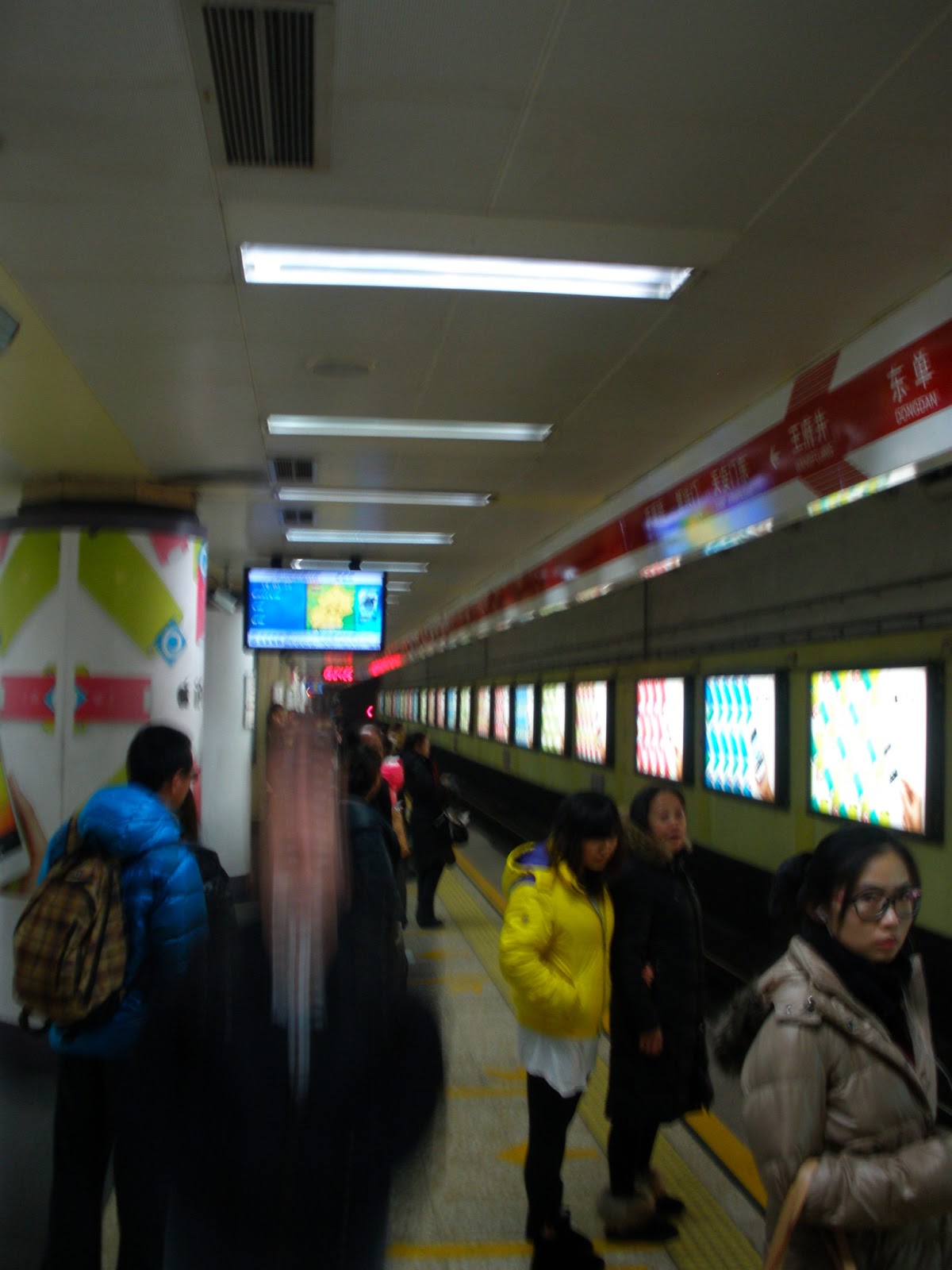 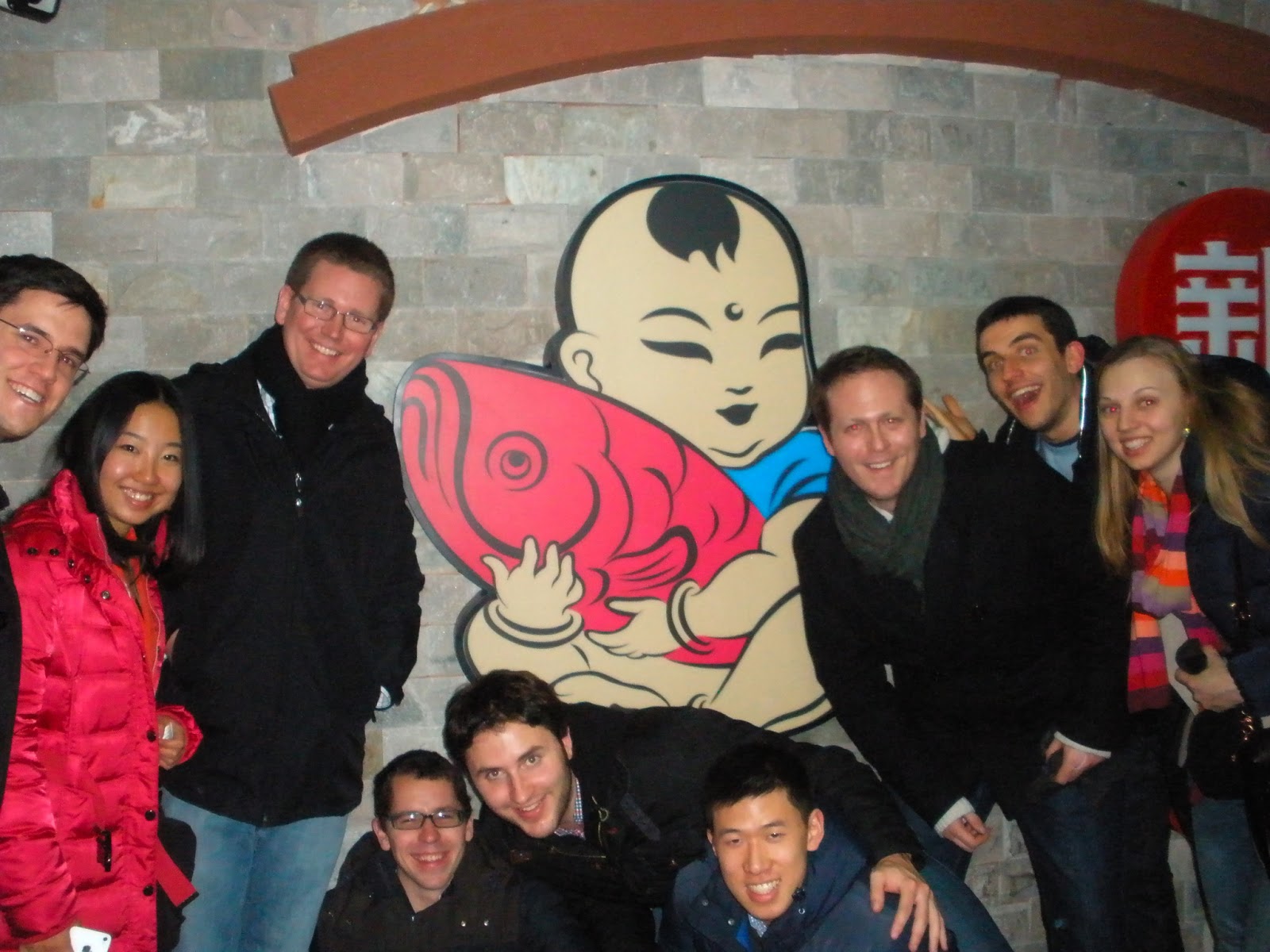 A group of 9 students  met up with a Chinese student that is currently going to the Bologna Center but is back in Beijing for their semester break.  She took the group to some awesome "hot pot" dinner. That night, one of the interesting things Tyson tried was cow stomach. 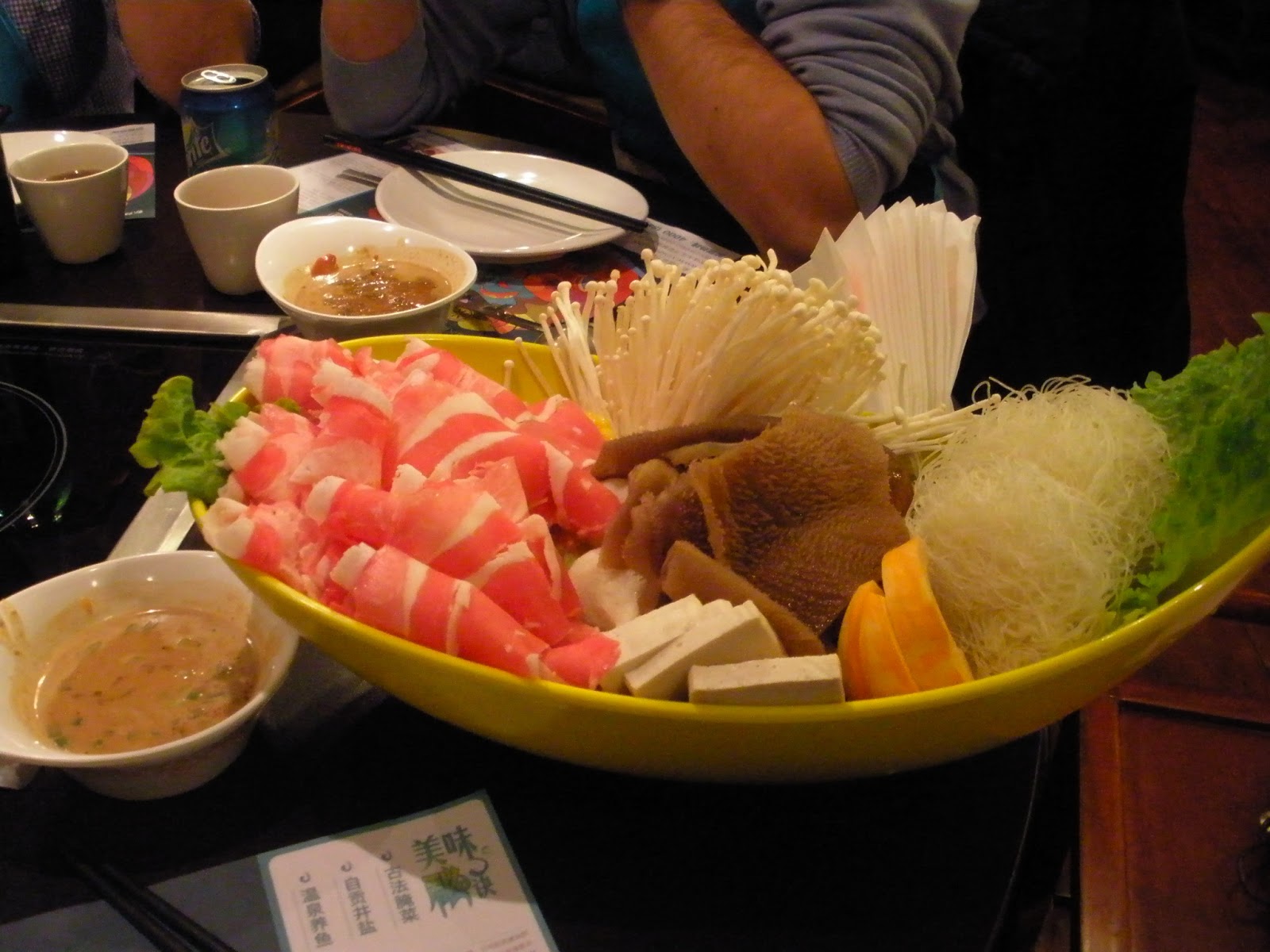 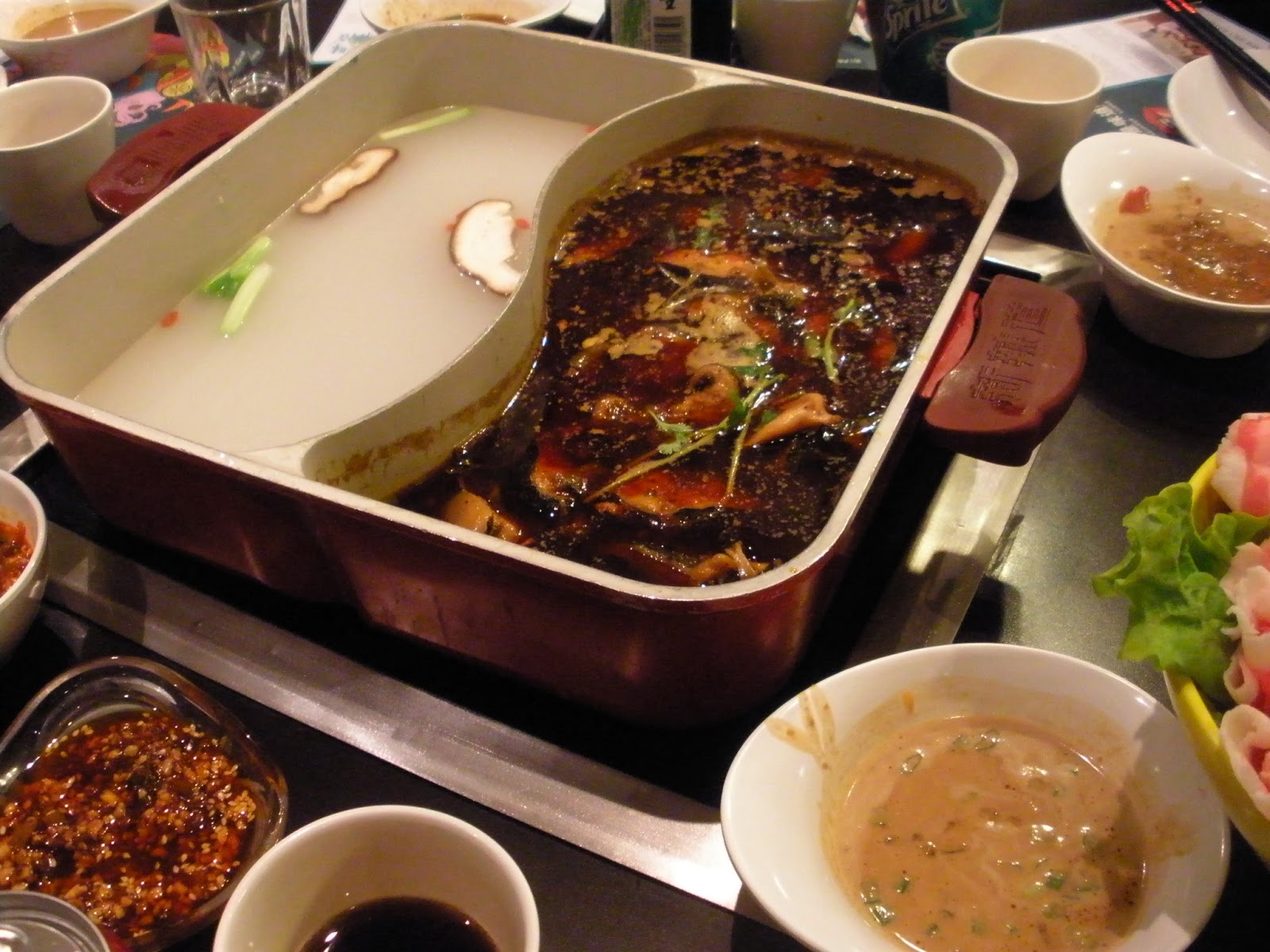 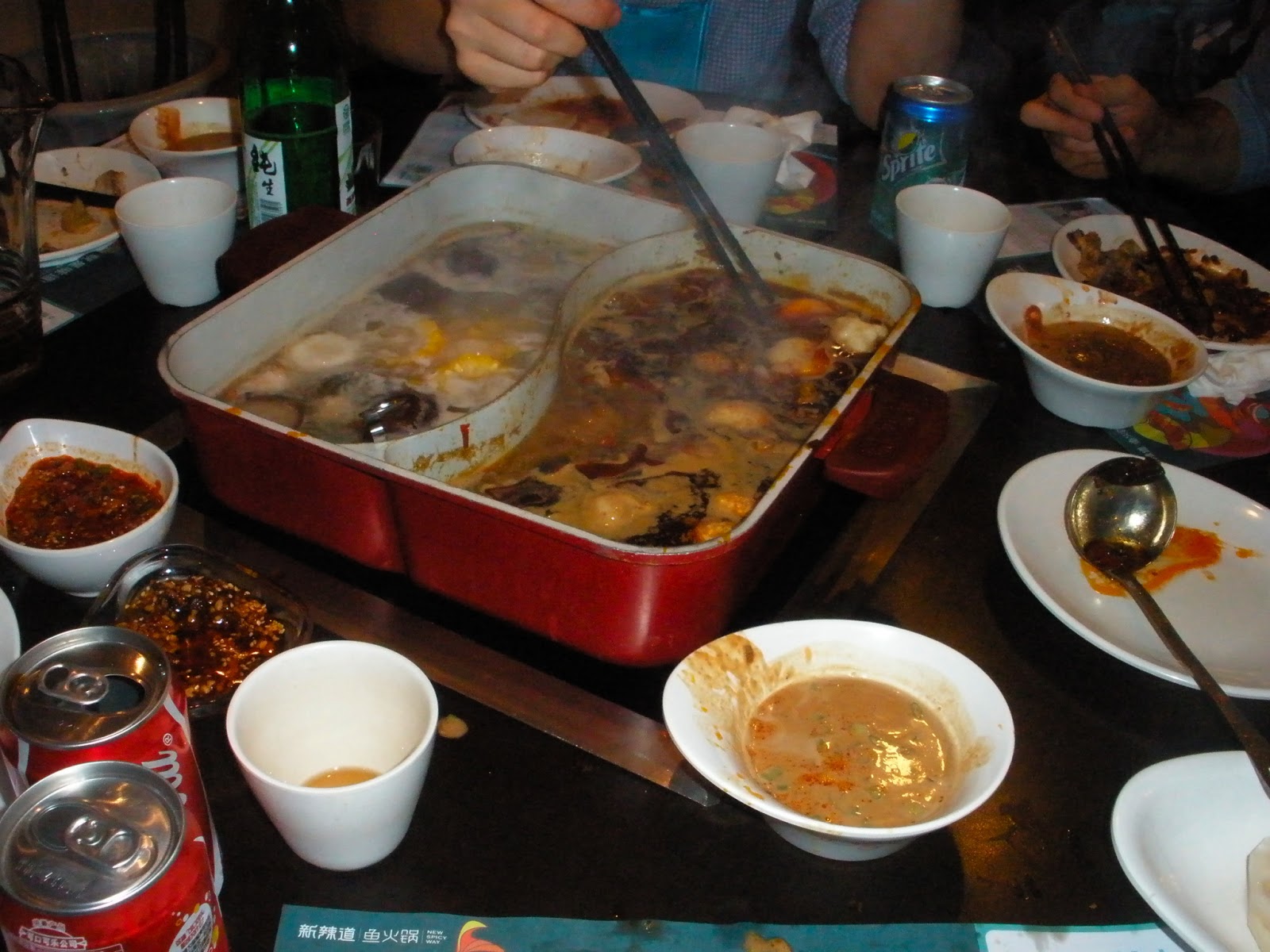 The food was brought out on a platter and the group decided what to add to their pot of soup. The soup already contained chunks of fish. Each person could create their own dipping sauce. 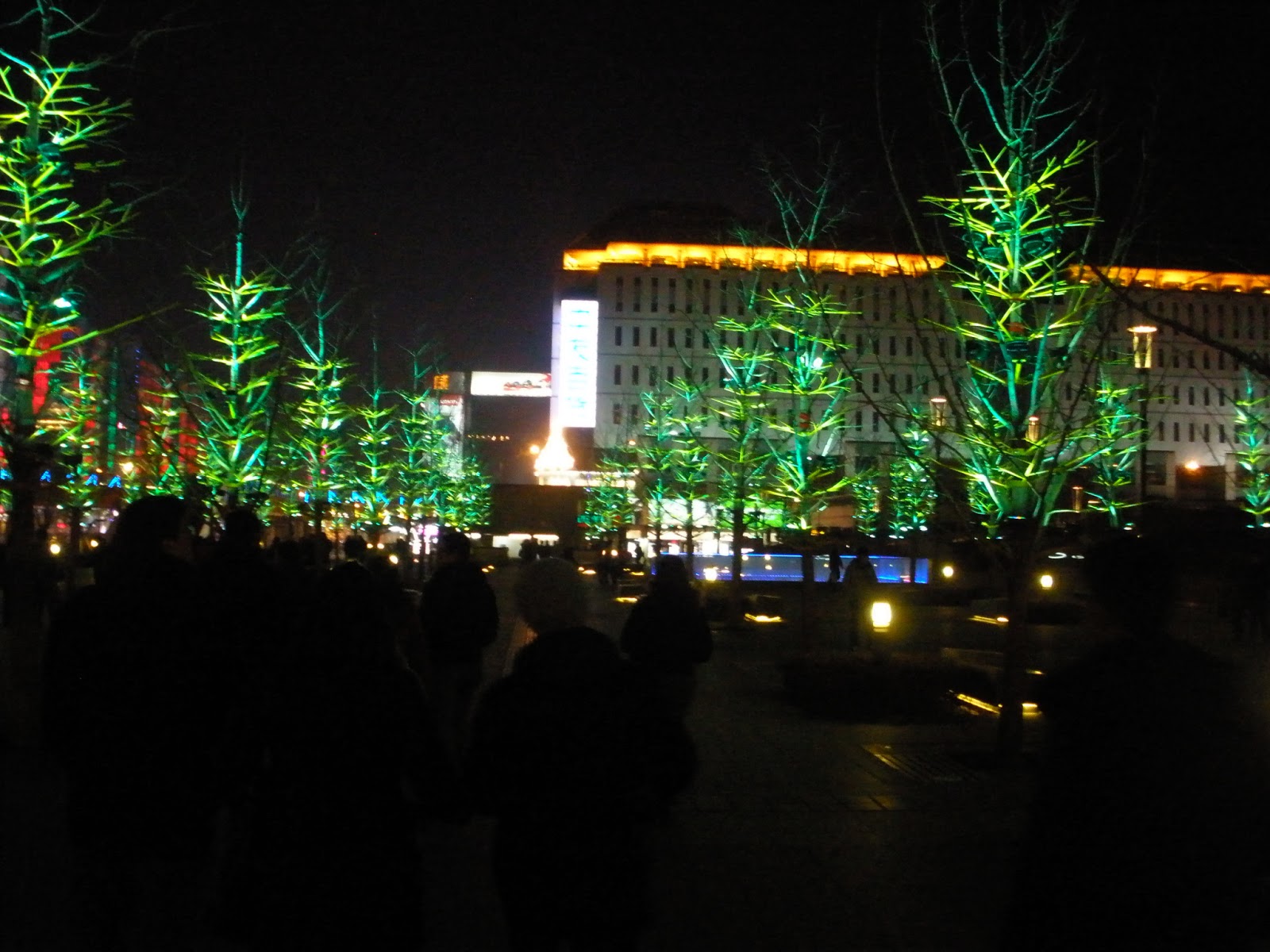 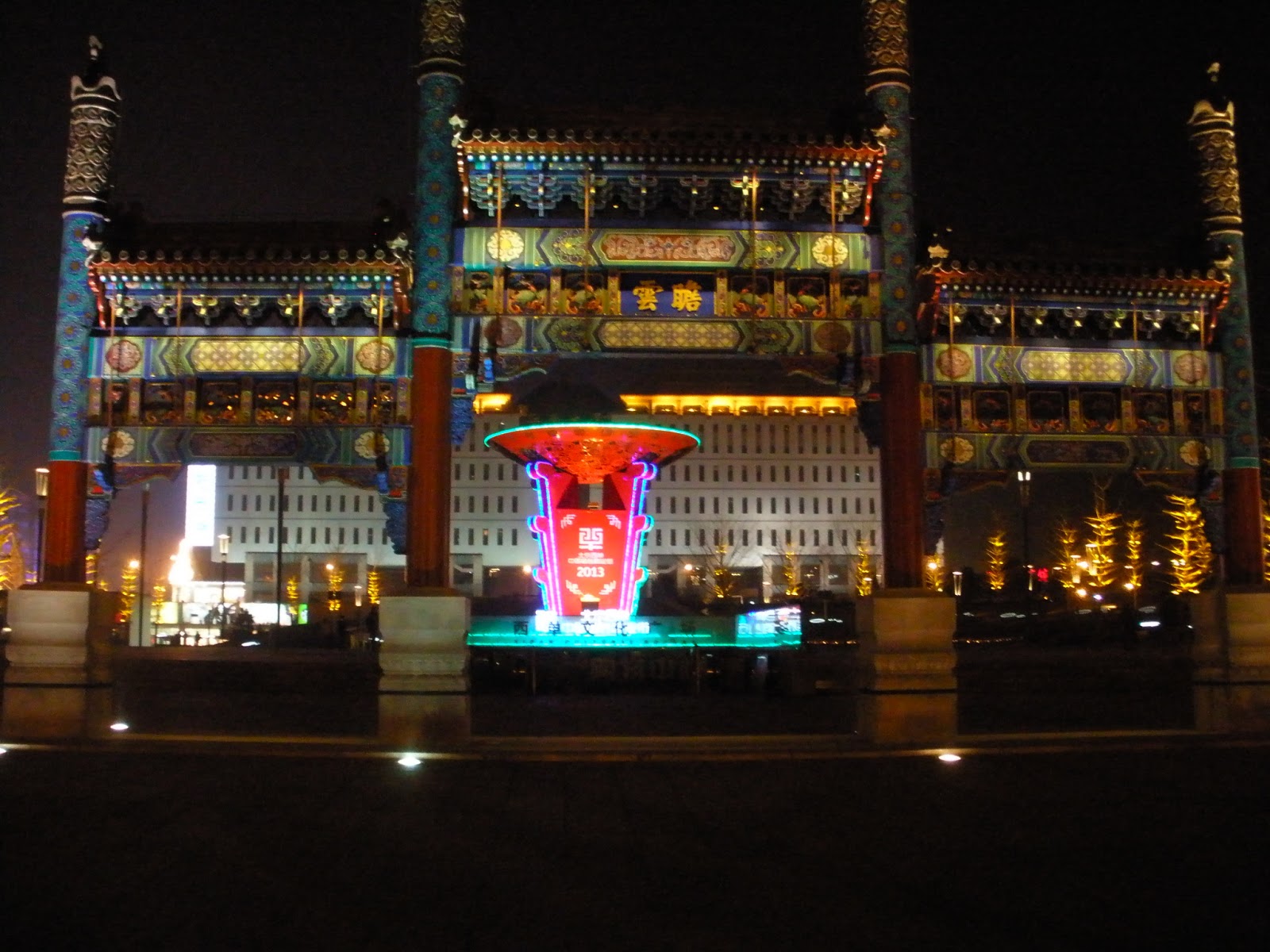 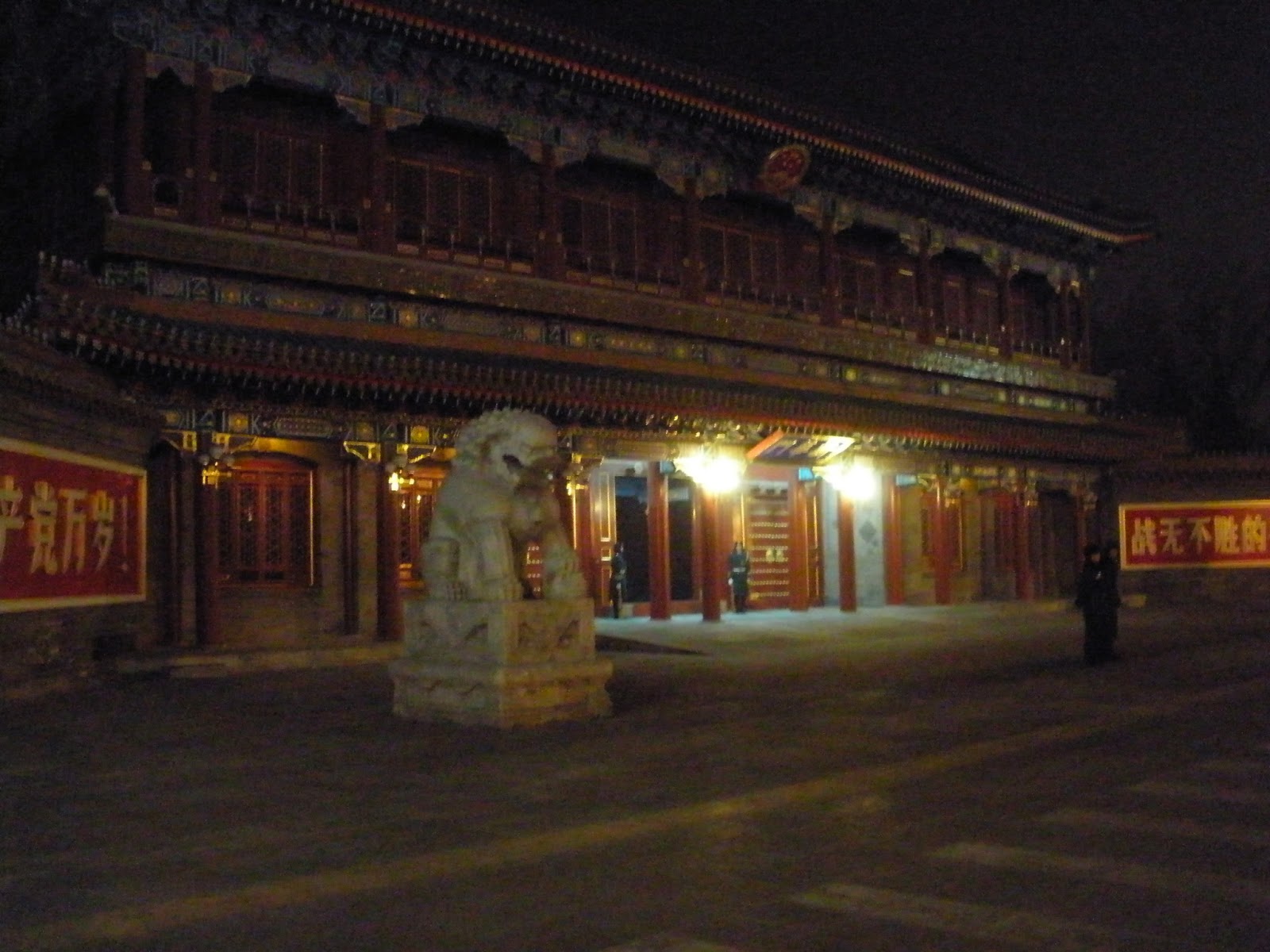 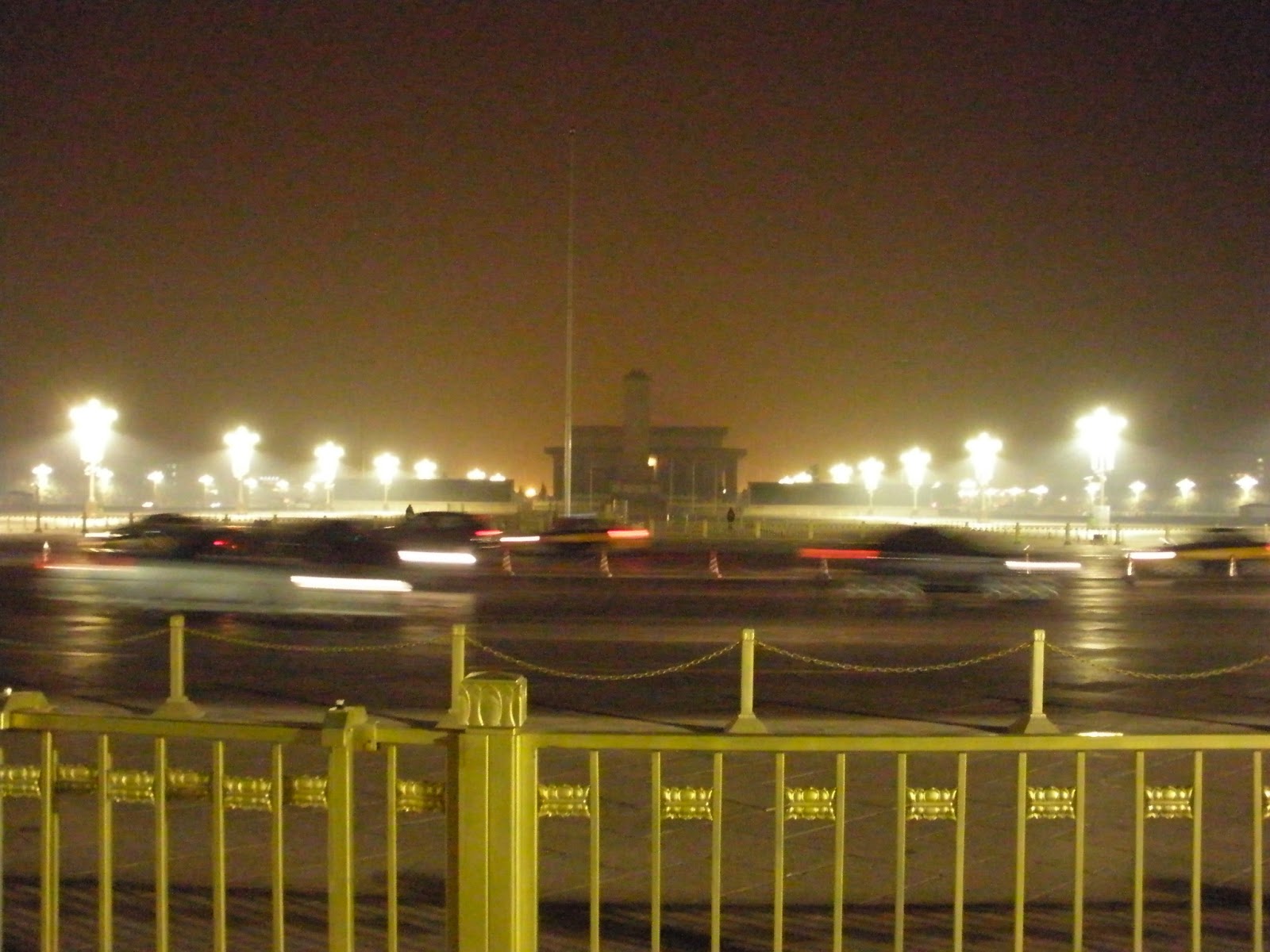