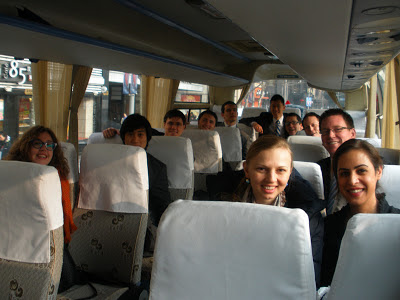 Tyson and his group of American Foreign Policy and Global Theory and History students (14 people in all) arrived in Shanghai, China exhausted but excited. After a good sleep, Tyson woke up refreshed and ready for their first couple of meetings the next day. One of their first stops was at the Fudan University's Center of American Studies where they listened to the dean speak for a few hours. Their second meeting was across Shanghai with a Johns Hopkins SAIS alumni who is now the V.P. of Stragey for  HSBC's China Rural Banking (Hong Kong and Shanghai Banking Corporation).  But before sitting in on the meeting, the group stopped at a food court to grab Duck Crepes (for only 2 US dollars!) Tyson loved them! 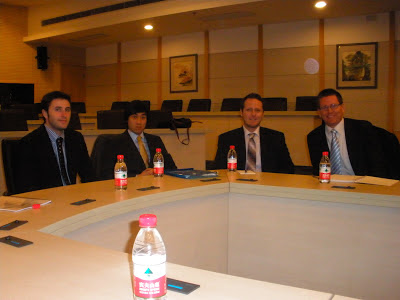 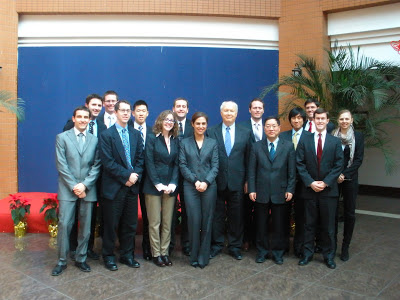 For all of their meetings with SAIS Alumni and various businesses and organizations, Tyson and his group were dressed in business attire. He said it made eating their delicious soup dumplings very hard. :) There were only two days of sight seeing where they were able to wear street clothes. 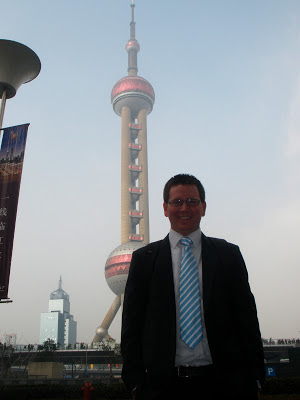 The buildings are ornate and unusual. 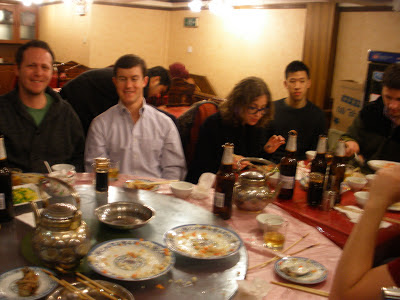 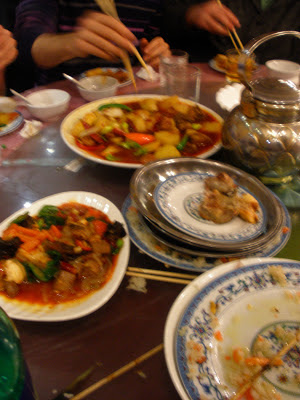 Special dinners are served "family style" on lazy susans. The waiters placed the food in various locations on the lazy susan and the group would take samples of each plate and spin the lazy susan to the next person. By the end of the trip, Tyson decided that eating with a lazy susan was not his favorite. Only being able to have one bite of your favorite food!??!!  After dinner, the group walked down to the Bund- a pretty modern skyline along the river that is comparable to the lighted Skyline in Hong Kong which Tyson has seen before. 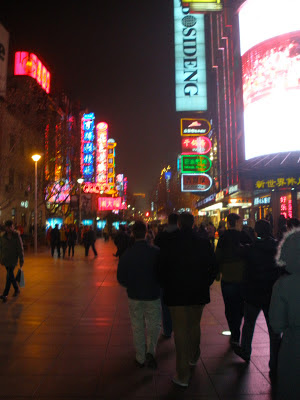 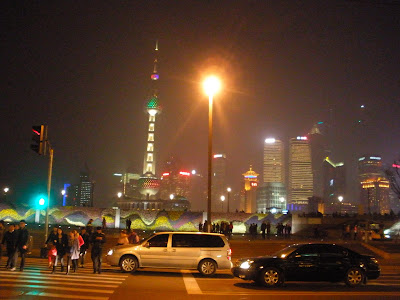 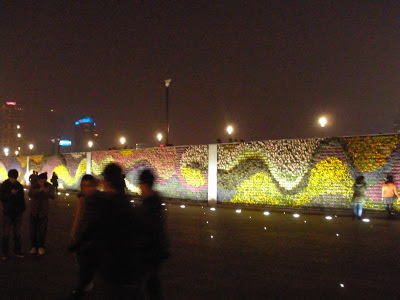 This wall is decorated all with flowers
Exploring the city at night with the students was a lot of fun for them. Tyson took a few videos of large groups of people dancing in the middle of the common streets. It looked like a flash mob, but it happened everywhere they went. Maybe it was a form of group exercise? Tyson also talked about the various workout equipment that would just appear in tiny parks on the streets. They really like to stay moving and active. 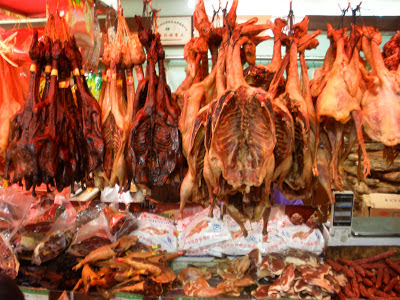 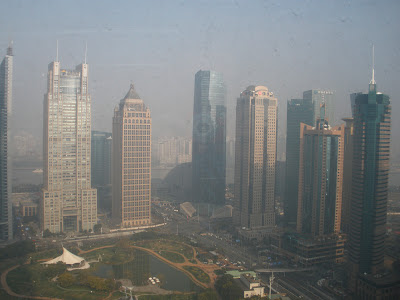 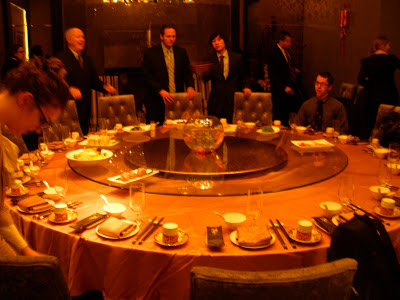 After meeting with a SAIS grad who works for Wells Fargo Bank in Shanghai (one of Tyson's favorite meetings) There was one meeting held over a fancy lunch with two men from a financial consulting firm. No sign of silverware anywhere (which is to be expected). Tyson said he and the other students commented on how hard it was to pay attention while eating with chopsticks. They didn't want to make a fool of themselves. 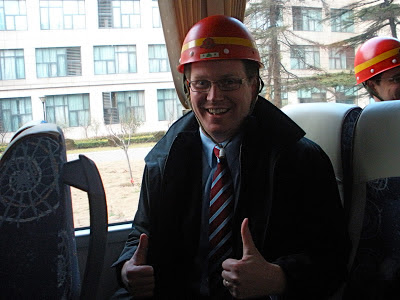 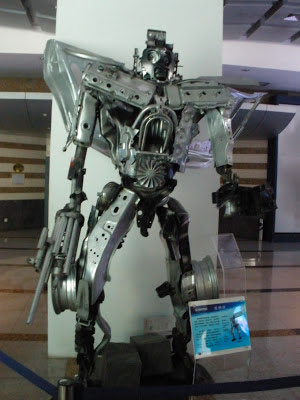 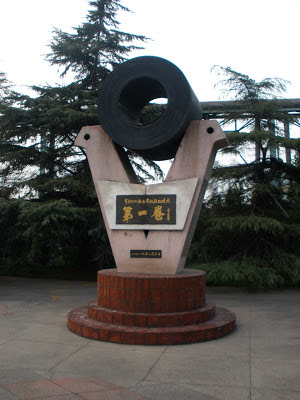 The first run of steel made at BaoSteel
A group favorite was the tour of the BaoSteel plant in Shanghai. They loved wearing the red hard hats and naming the BaoSteel robot Statue Dr. BaoSteel.
After arriving back to their hotel, the group met with some journalists. Tyson loved
listening to the business/economics correspondent for China from the
New York Times.  He had some great stories about his 8 years of
experience reporting here in China. 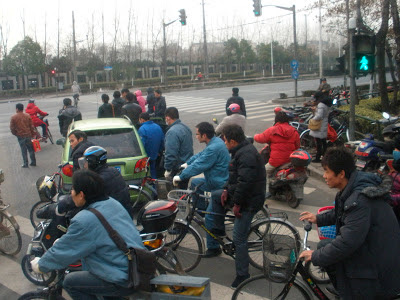 Seeing this picture gave me a headache just thinking about how difficult it would be getting around. Bikes, cars, pedistrians.....oh wait, I guess it's not that much different from D.C.
:)