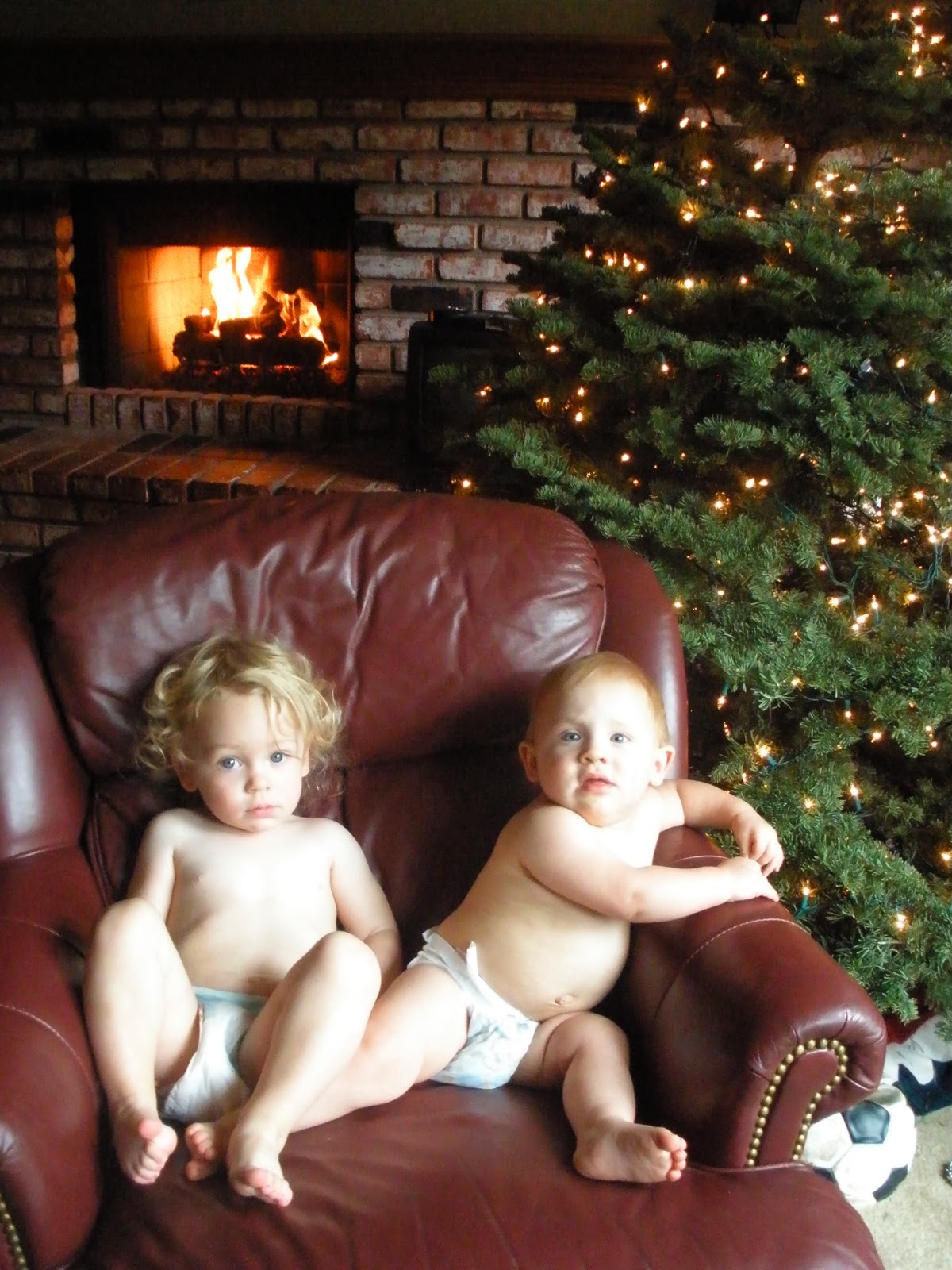 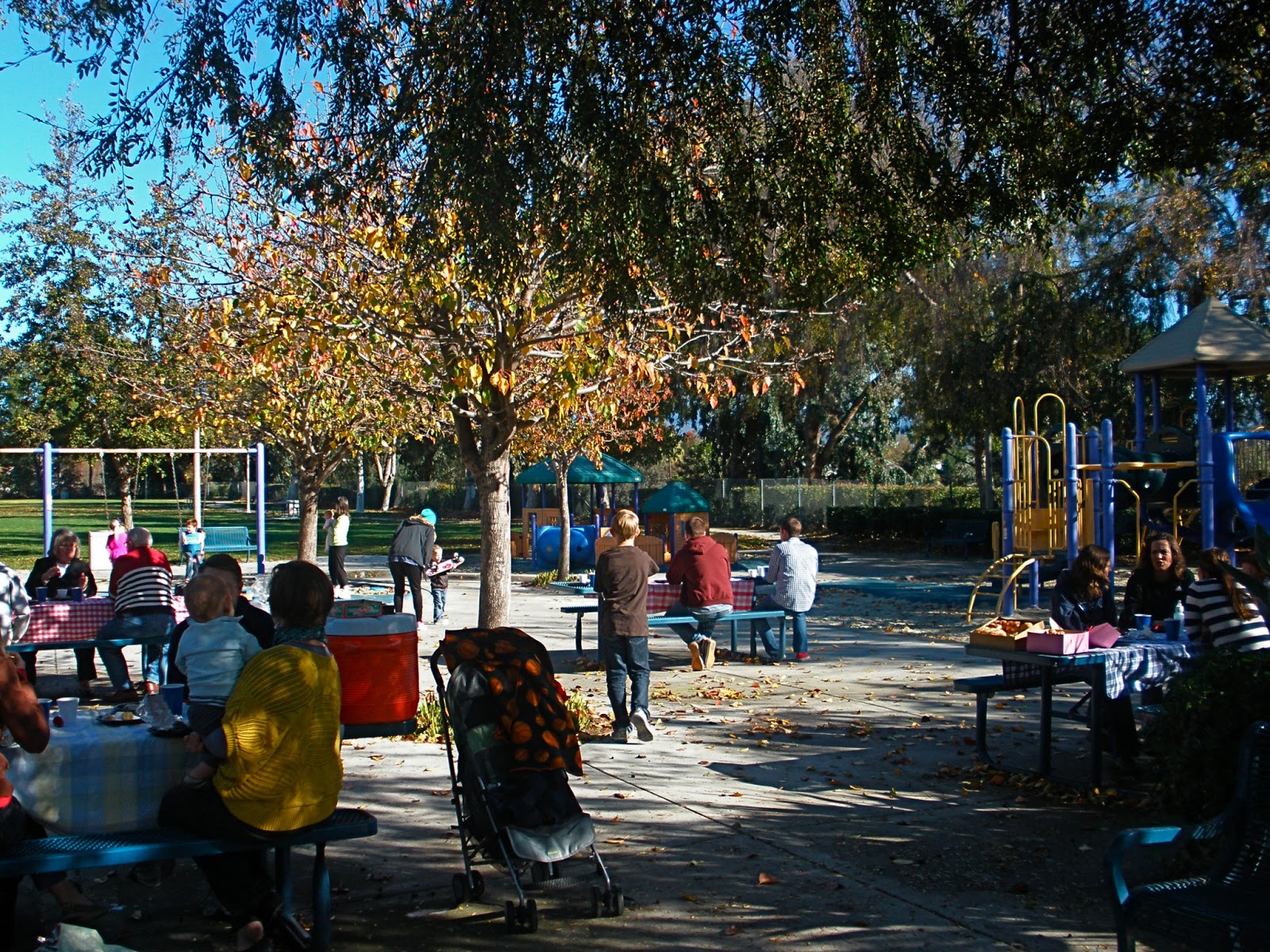 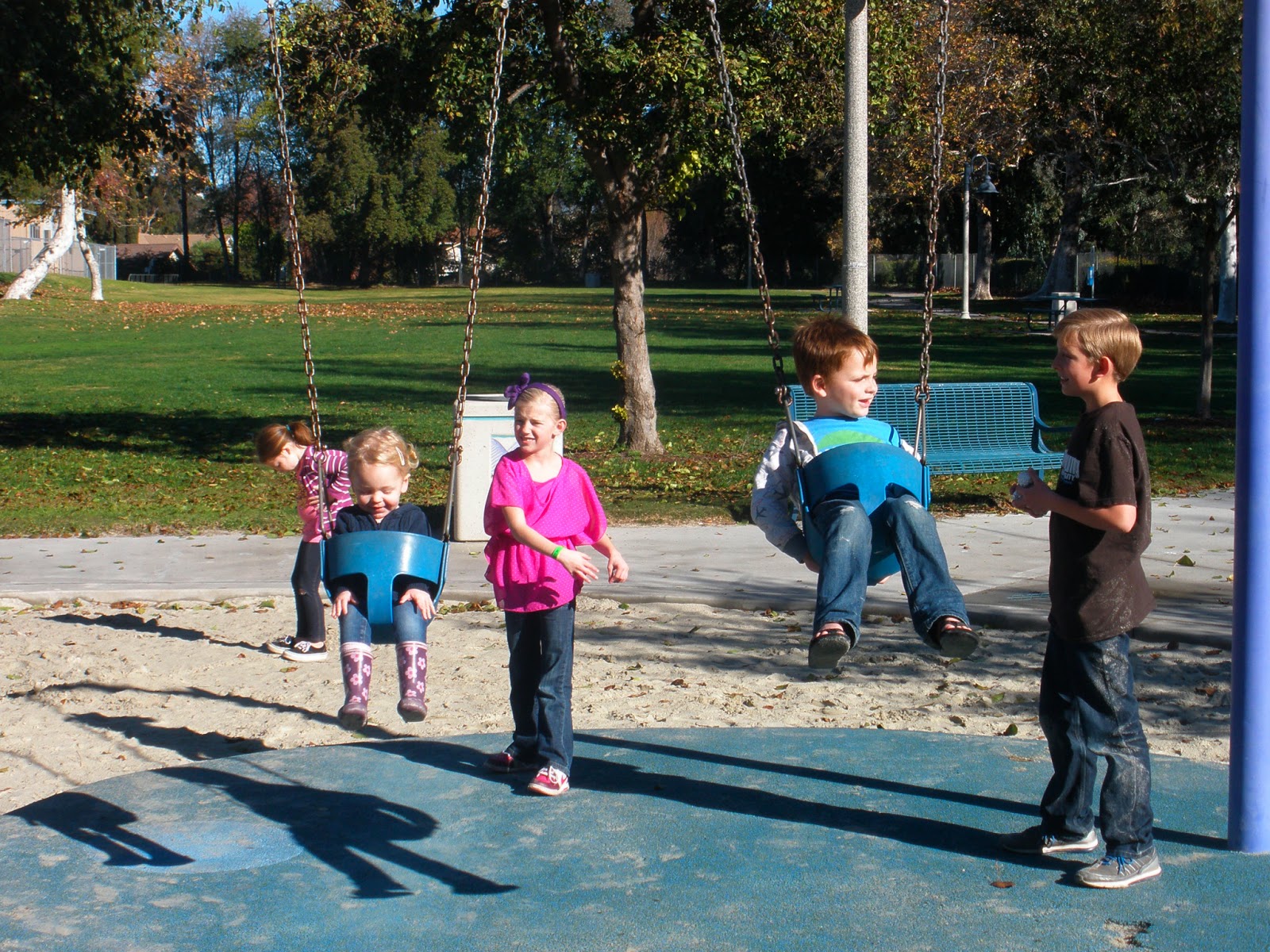 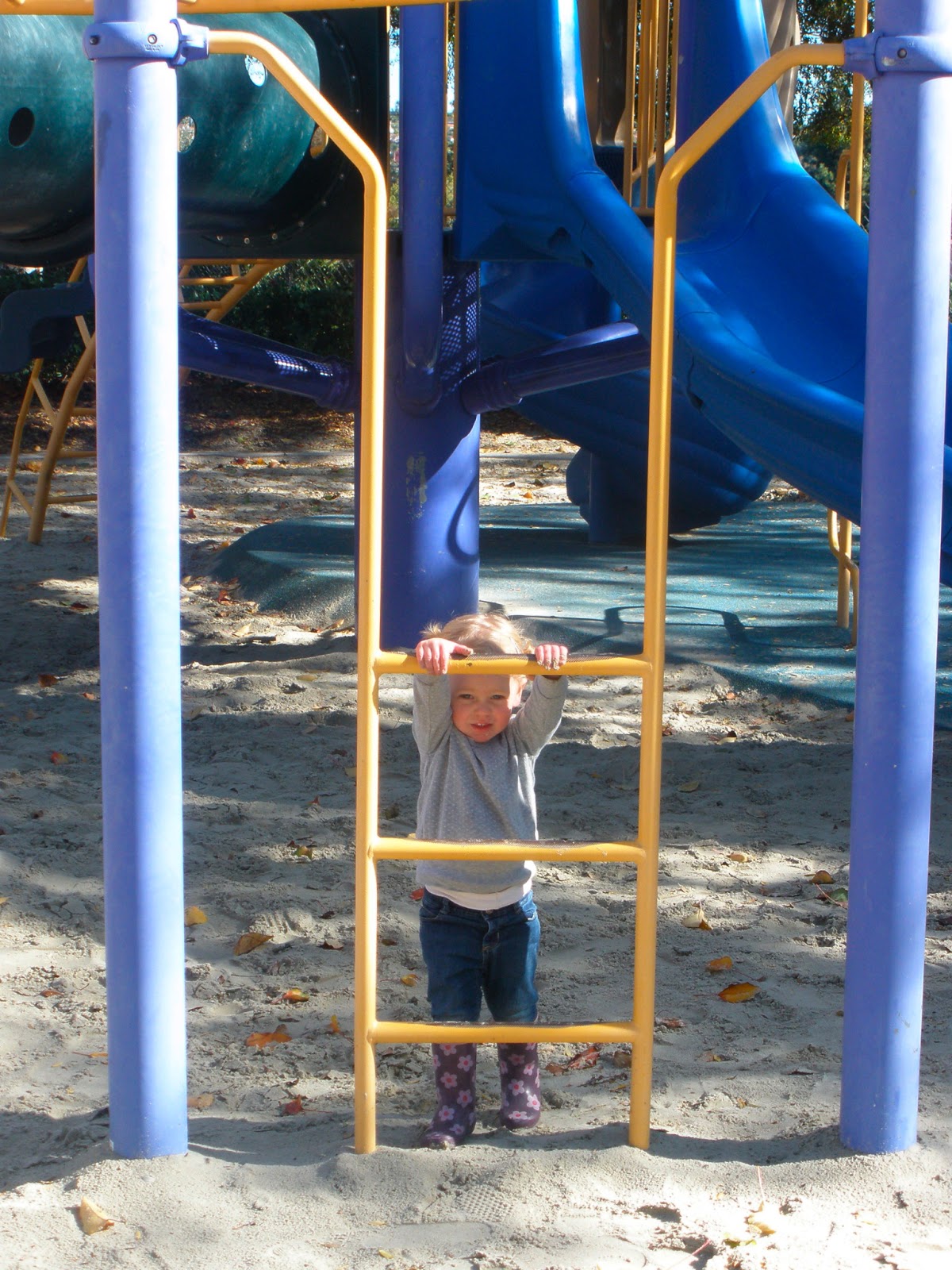 Every Thanksgiving we get together with our cousins (my mom's sister) who live about 5 minutes away. We eat the Thacker's famous homemade breakfast burritos & donuts in the park and play kickball. The day is followed with hors d'oeuvres and Thanksgiving dinner at my mom's. But this year, only one child came home for Thanksgiving so the normal traditions went to New Years Eve! I think the only place that we can fit both of our growing families now is at a park and with all the little ones, it's the perfect place for everybody! I was happy that Tyson could experience some of the traditions for Thanksgiving that I've talked about for 3 years now!


We played a game of soccer, True Bloods against the New Bloods in soccer
(Tyson's idea...we are all still laughing about those titles)
and then partied up until midnight. 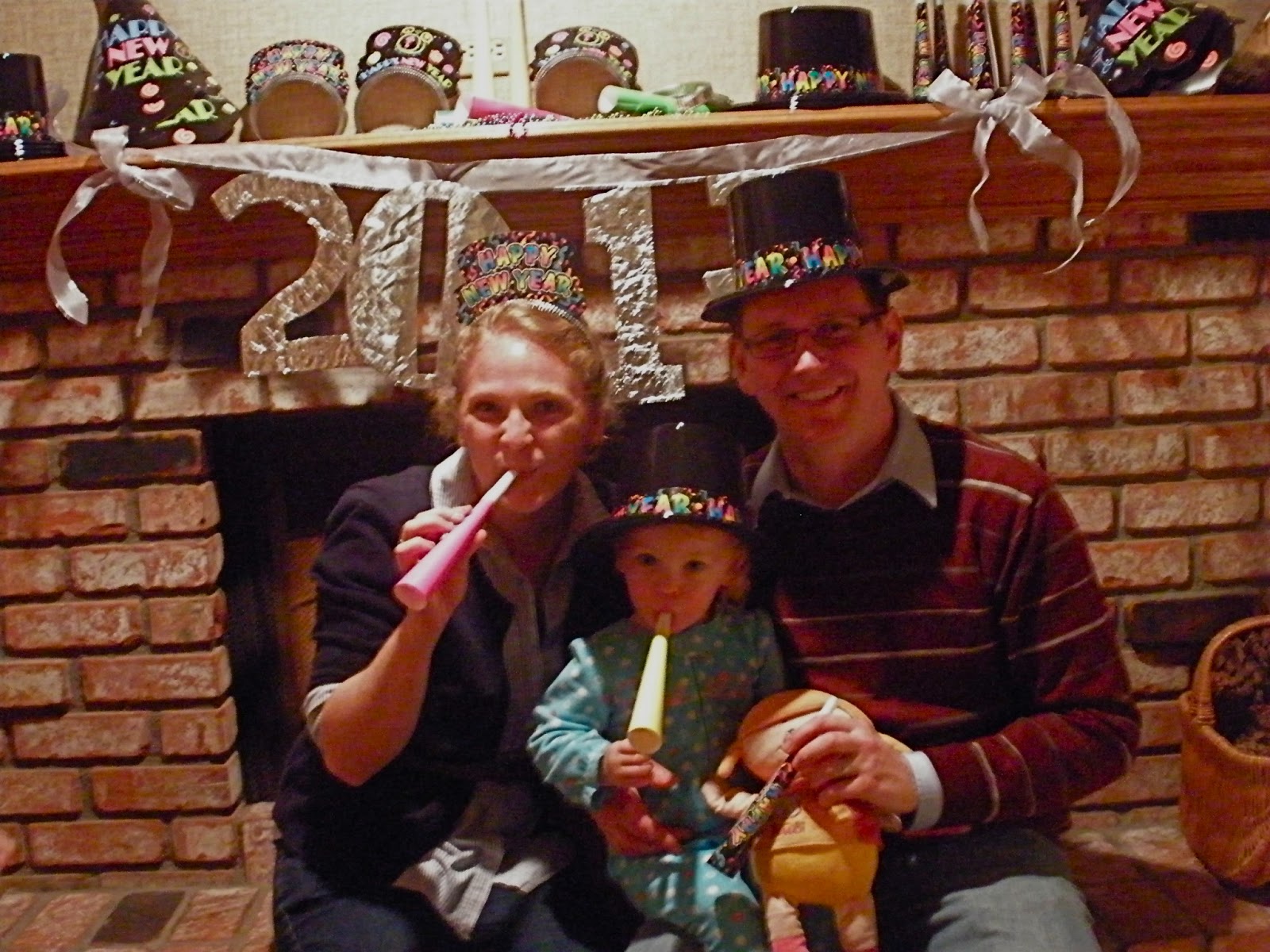 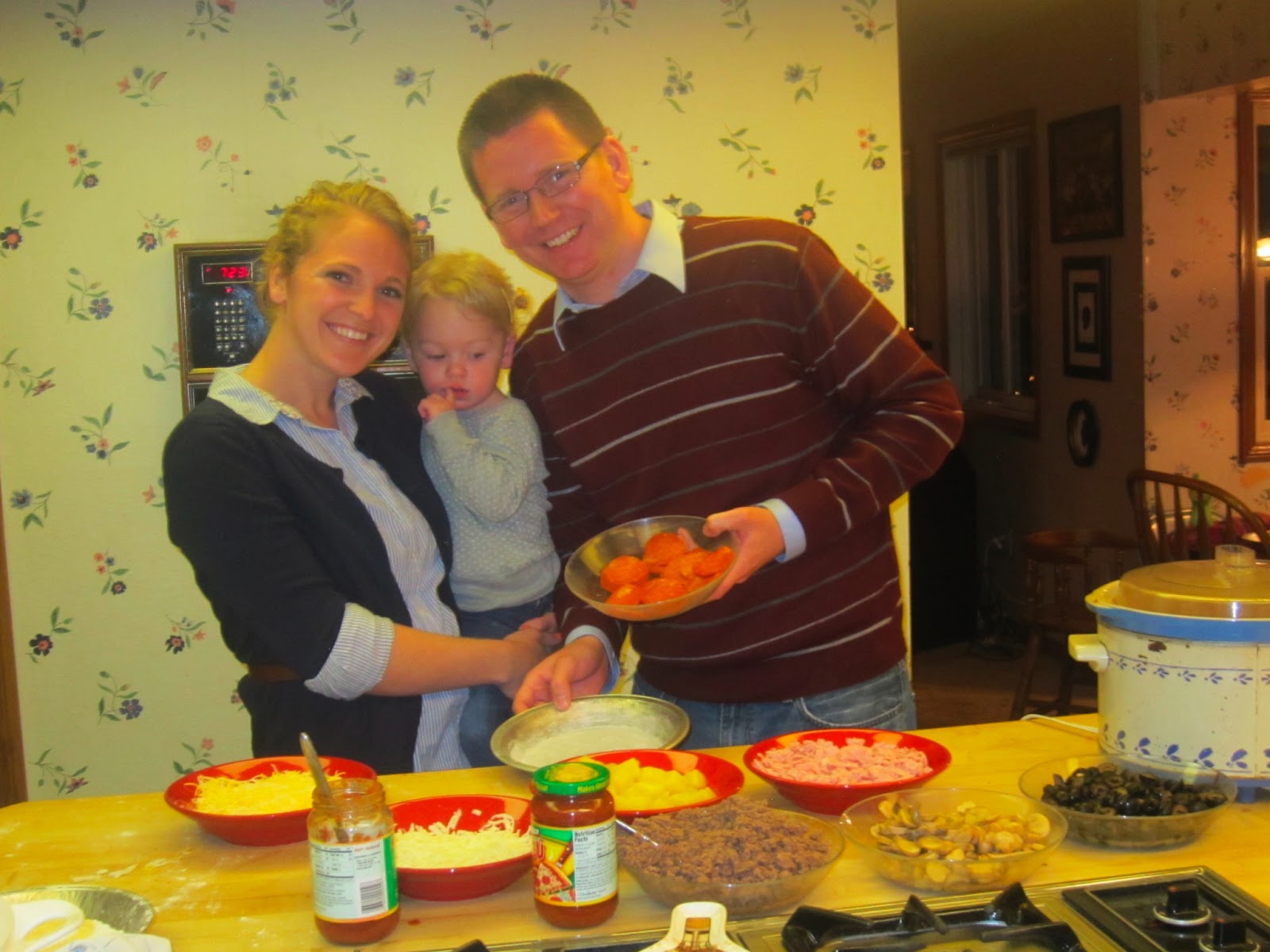 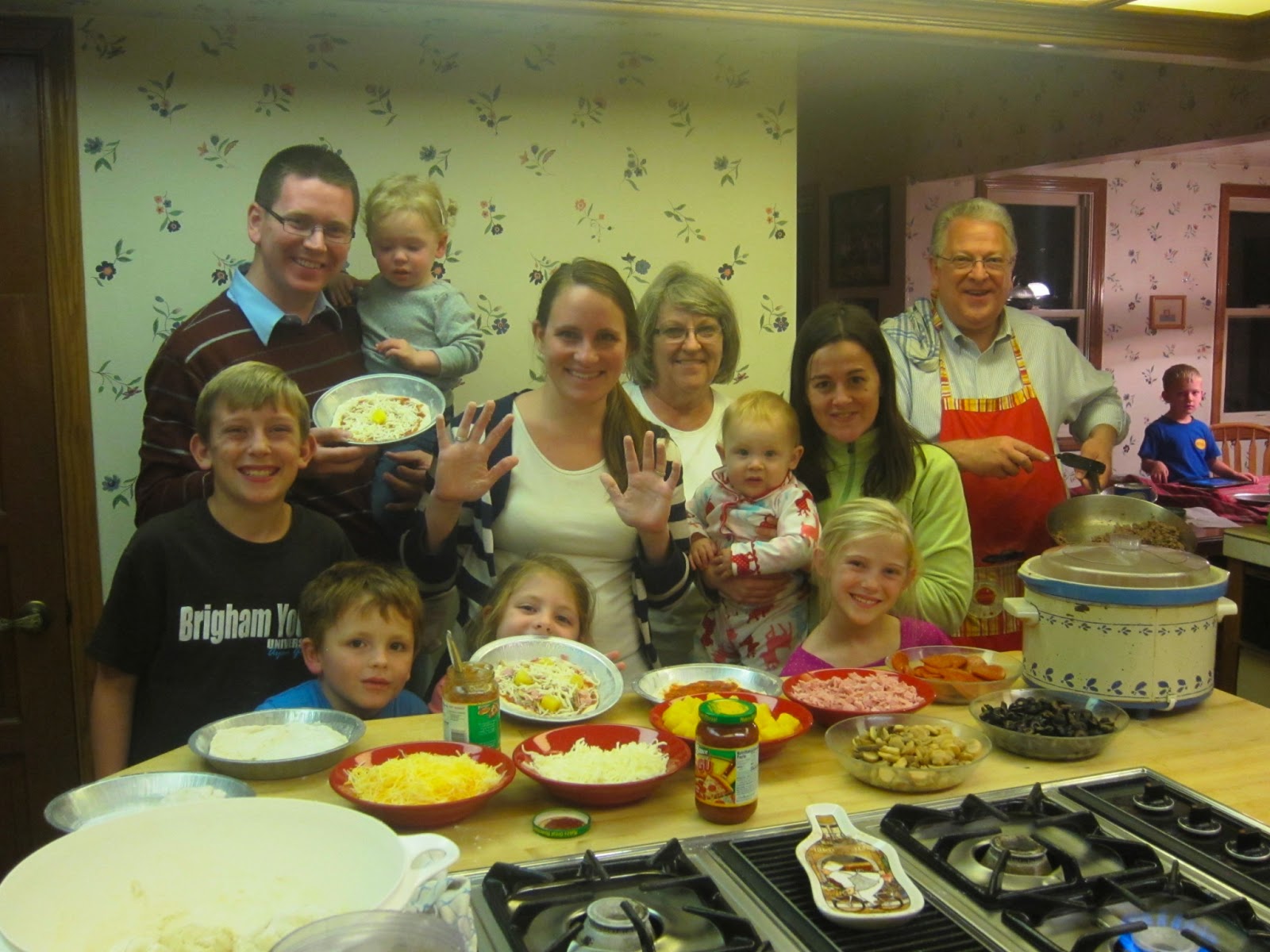 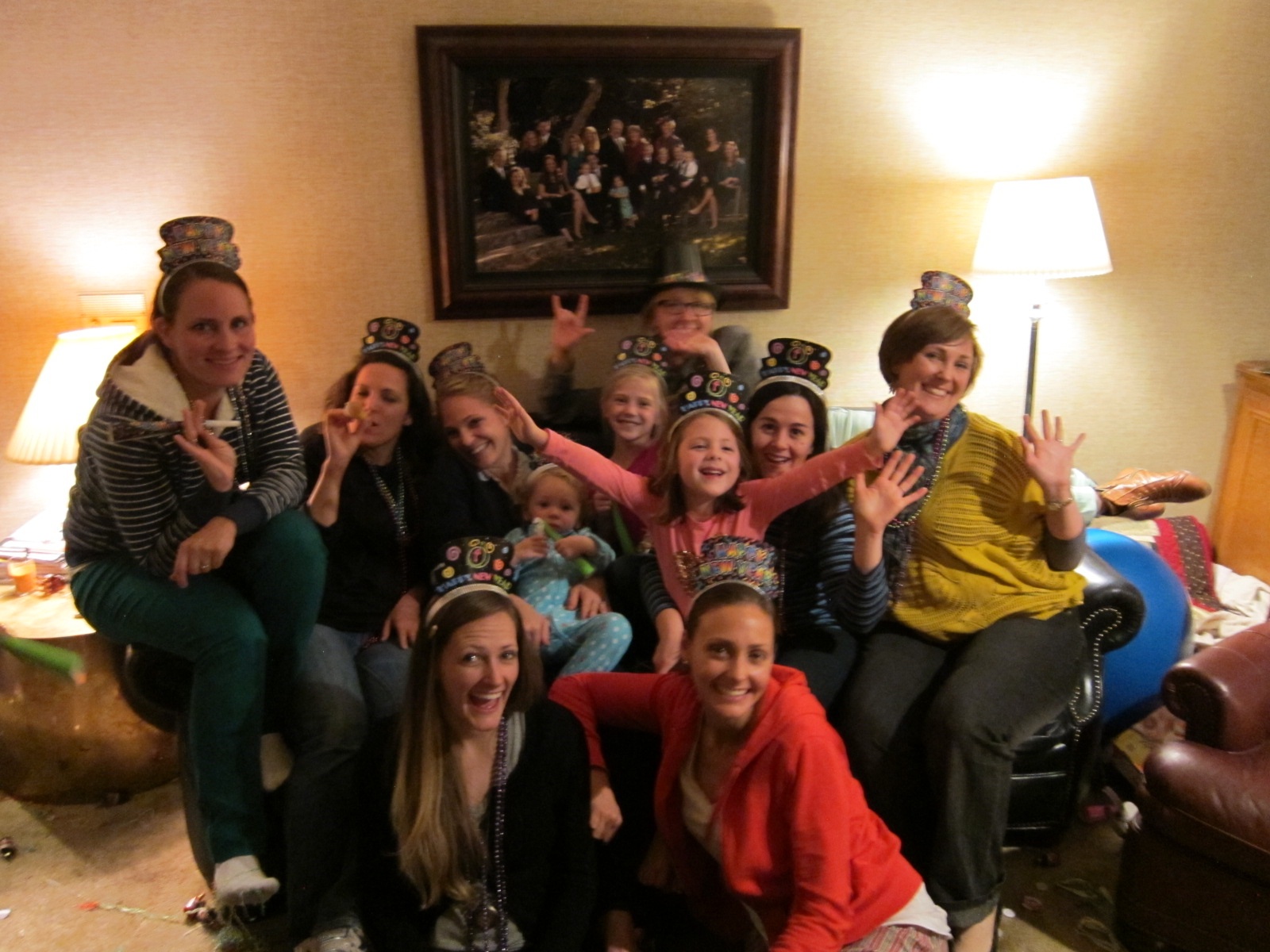 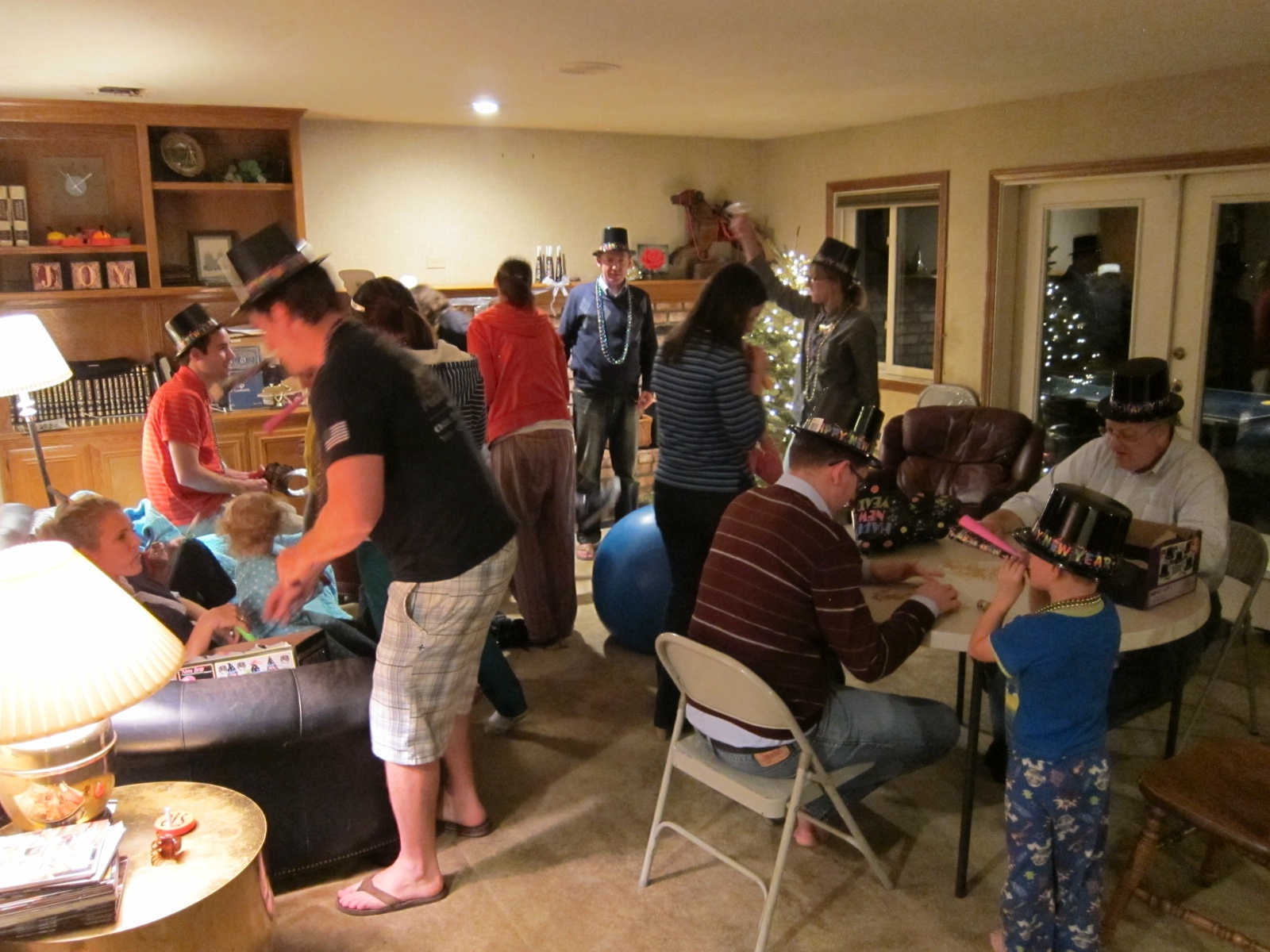 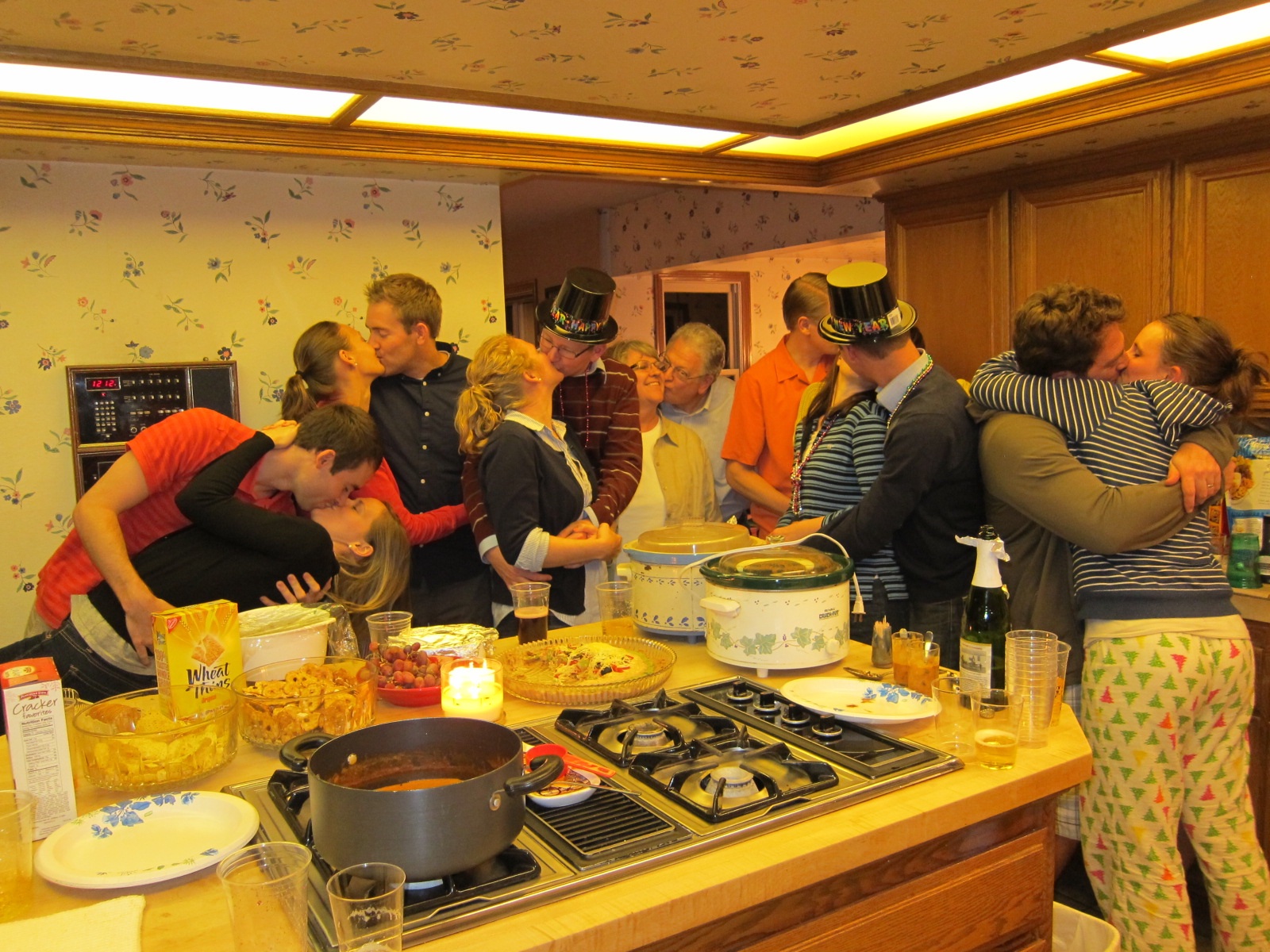 1. The best.
Love that my parents got in on it too! 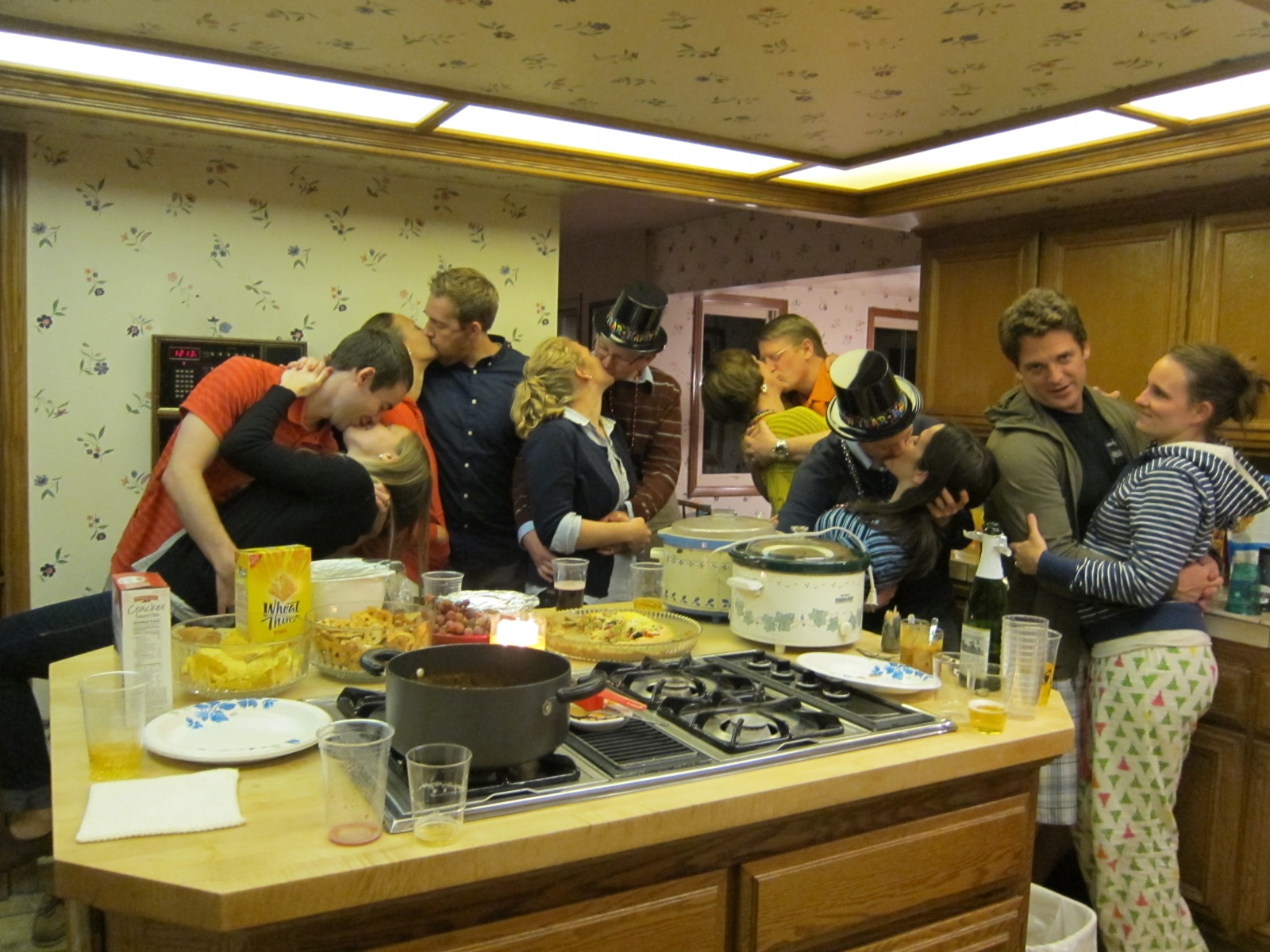 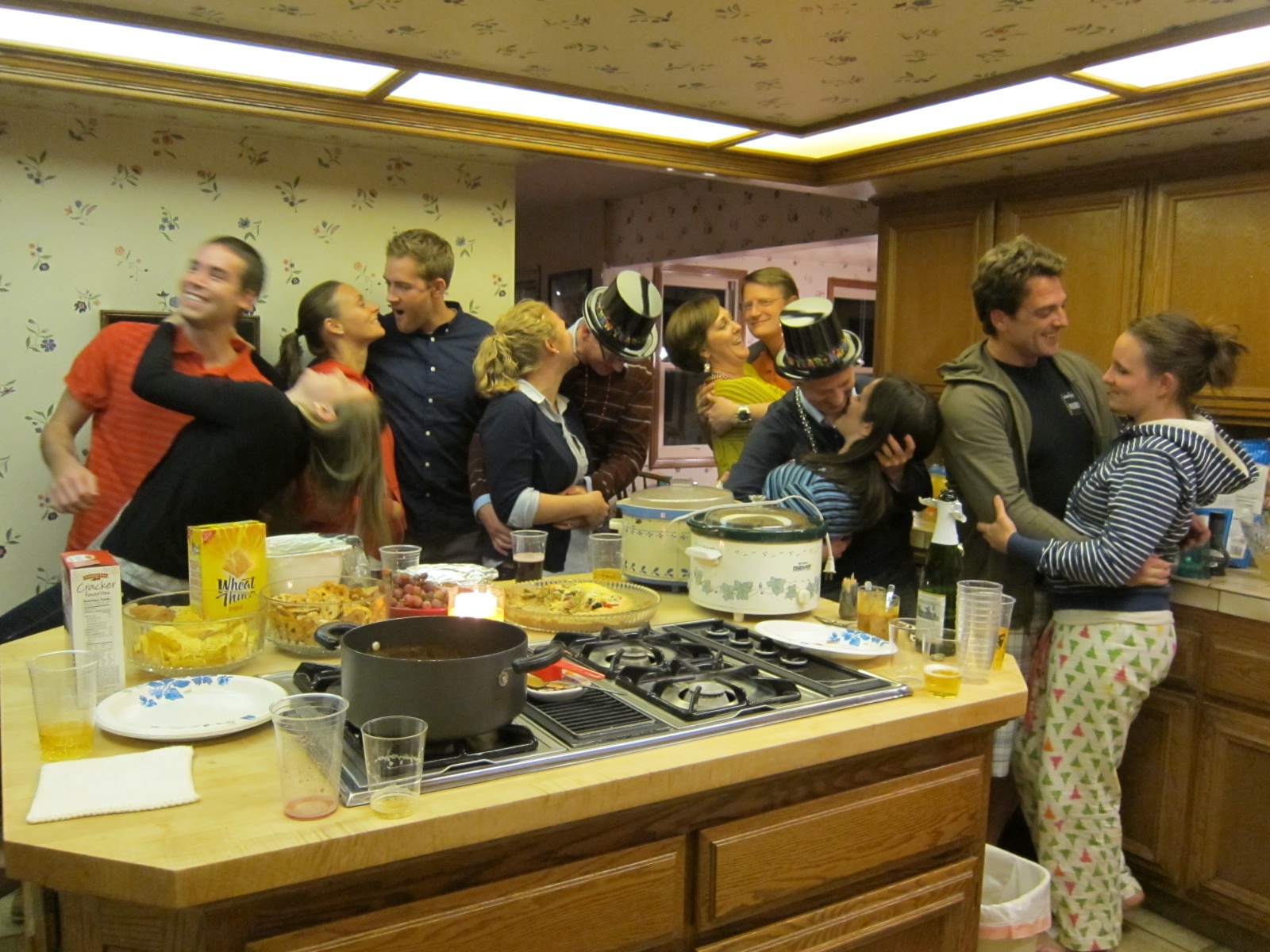 3. Third times a charm?
No one could hold in their laughter any longer! Hilarious!
Alyson & Mike, Kristyn & Paul, Tyson & I, Megan & David, Cameron & Jana, Tyson & Jen


It was a little bit different for us with Taryn. Before putting her to bed, her cheeks started turning really red. We thought it was the Smith gene's kickin' in telling us she was tired (Tyson and most of our nephews & nieces get the same thing when they are over tired) So by 9pm Taryn was being put to bed but the "red" had spread to her chin, her nose, her mouth, and was working it's way up her face. My brother, Tyson, the doctor confirmed that it was an allergic reaction like we thought so we raced to the store for some infant Benadryl. And it was New Years so everything closed early!!!! We did find one grocery store that was open (YEAH!)
But Benadryl had the adverse reaction to what I've heard other mothers say. Instead of knocking Taryn out so she could sleep peacefully, Benadryl was an "upper" for her. She was up (and we struggled with it so much!) until almost 1 or 2 am ( I can't remember, I was so tired and frustrated!) I guess it was a good thing it was New Years because we were all up late any way. I'm so glad my sister Megan was there to help me realize that Taryn wasn't acting herself and that the medicine made her really loopy and it was an "upper" for her. It sounds weird for me to say I couldn't understand my child that night but I was so caught up in her getting rest, getting over this allergic reaction (to medicated chapstick- she had a small crack in her lip) and worrying about her waking up the other grandchildren as she protested sleep that I was not thinking clearly. It's those moments I wish I could force myself to step back, take a breathe, and really process the situation. I am learning new things every day about being a mother and I know that next time, we will be better prepared. I'm thankful for the help Tys and I had that night with family around us.
The New Years count down was a rather calm one, as I held Taryn, Tyson played my Dad in speed scrabble, and there were many conversations buzzing around. It was  fun/hectic (for Tys & I)
Posted by Brianna Smith at 8:32 PM