Being the 1st to arrive in California 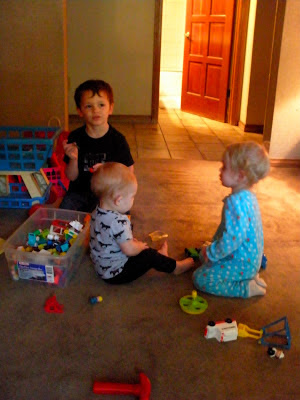 Taryn was the first grandchild to arrive in California so we got to do a lot with Grandma like ride on the Reindeer in Santa's workshop area, play at the park up the street from the parent's home, and find  all those toys I used to play with as a child. It never gets old seeing Taryn pull out a doll that I played with so much, or carry a stuffed animal dalmation dog I got for my 4th (?) birthday, and discover the Barbie cars that she can push around. I love that my mom still has all these great toys.

Everything is ten times more fun when you put cousins in the mix. I loved watching Taryn play with her cousins from the other side of the room. They loved her and she adored them. She called Quincy and Oliver (born 9 & 6 months after her) "Baby" the whole trip. She could call for "Natawee" (Nataleigh), "Efen" (Ethan), "Jacoo" (Jacob), "Merrwick" (Merrick) and "Berkqwee" (Berkleigh) by the end of our stay. You could hear her laughing and saying "Friends? Where are you??" at the top of her lungs.

I think one of the hardest things about being so far away from Tyson's family and mine is that Taryn can't play with her cousins all the time. But they all make fast friends again with every family trip and play so well together. From the oldest to the youngest, you know that there is a special bond between them all. 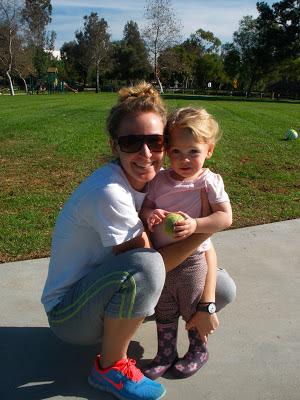 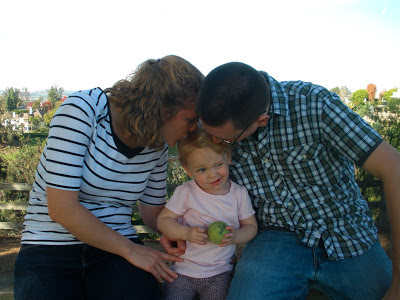 Where does she learn how to do those faces?!?!?! 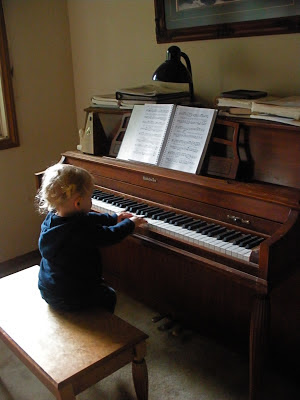 Taking the bench after me. 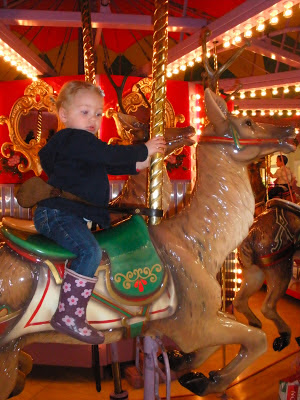 A reindeer Merry -Go- Round. She gave her reindeer a big kiss after she was done with her ride. 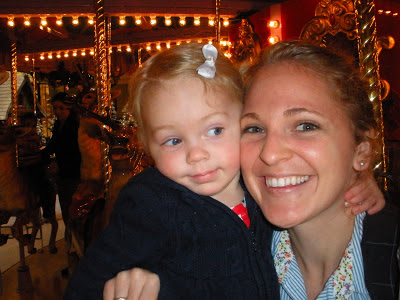 At Santa's workshop at South Coast Plaza.
Probably the BEST Santa activity area in a mall I have ever seen. We didn't stand in line to see him (remember--- I already know how that would all go down) But we watched him from above on the 2nd floor. Santa looked up at Taryn 3 times and waved just to her, even with the longest line of children waiting to see him. She was so completely happy and I may have almost cried (yes, I know, but I did) because he took the time to notice her even from way below!!! It's the simple things that make such a big impression.
Posted by Brianna at 8:32 PM