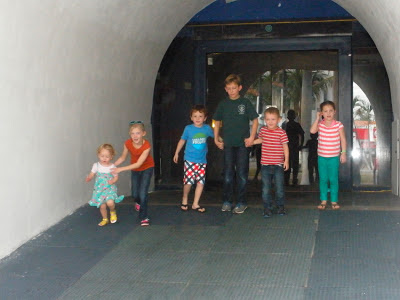 Waiting for the big bus to take us to the Ziplines, the grandkids ran up and down this ramp and laughed together. 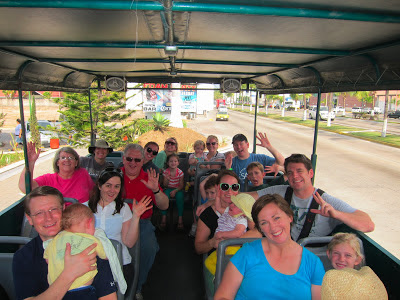 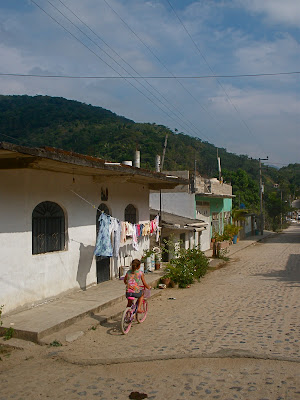 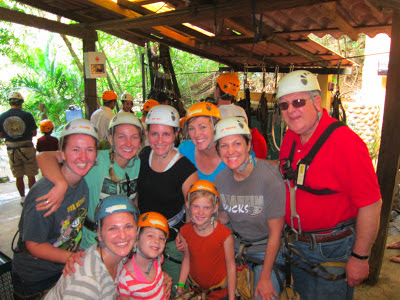 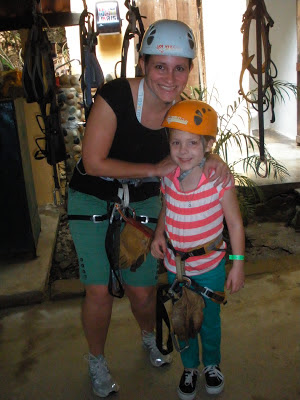 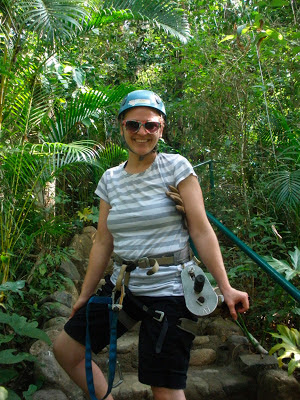 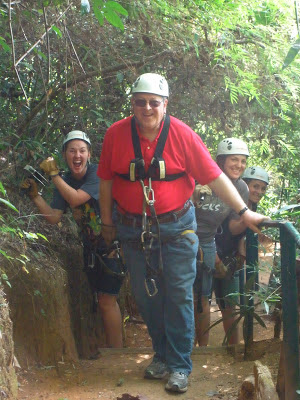 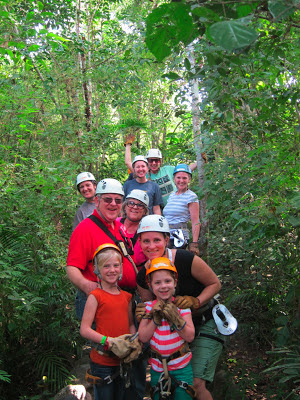 We split into two groups again and while one group ziplined, the other waited down at the end by the water with the young babes. Tyson was the first to play with Taryn in the water and sand while a bunch of the girls and my Dad ziplined above them. 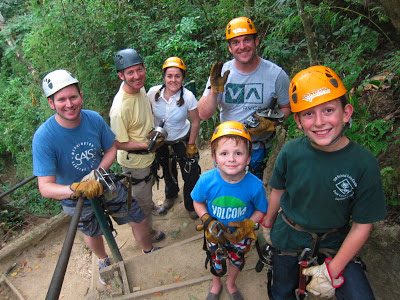 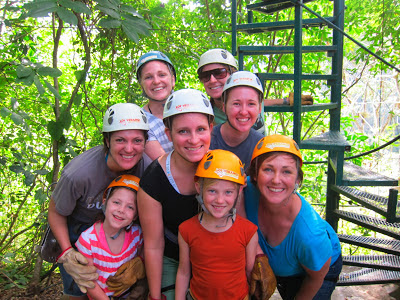 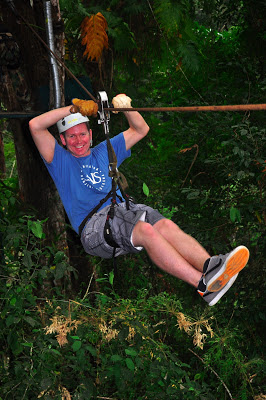 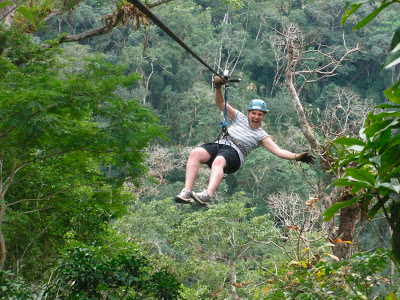 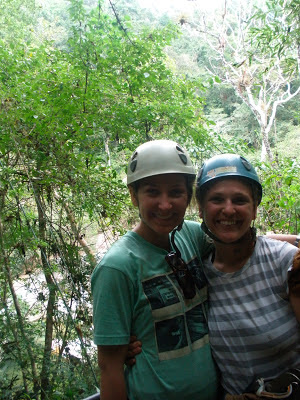 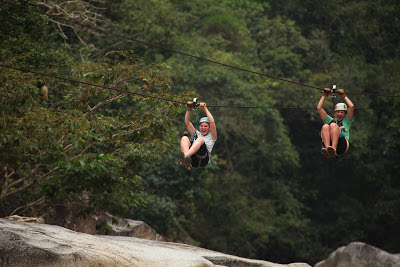 Mackenzie and me racing 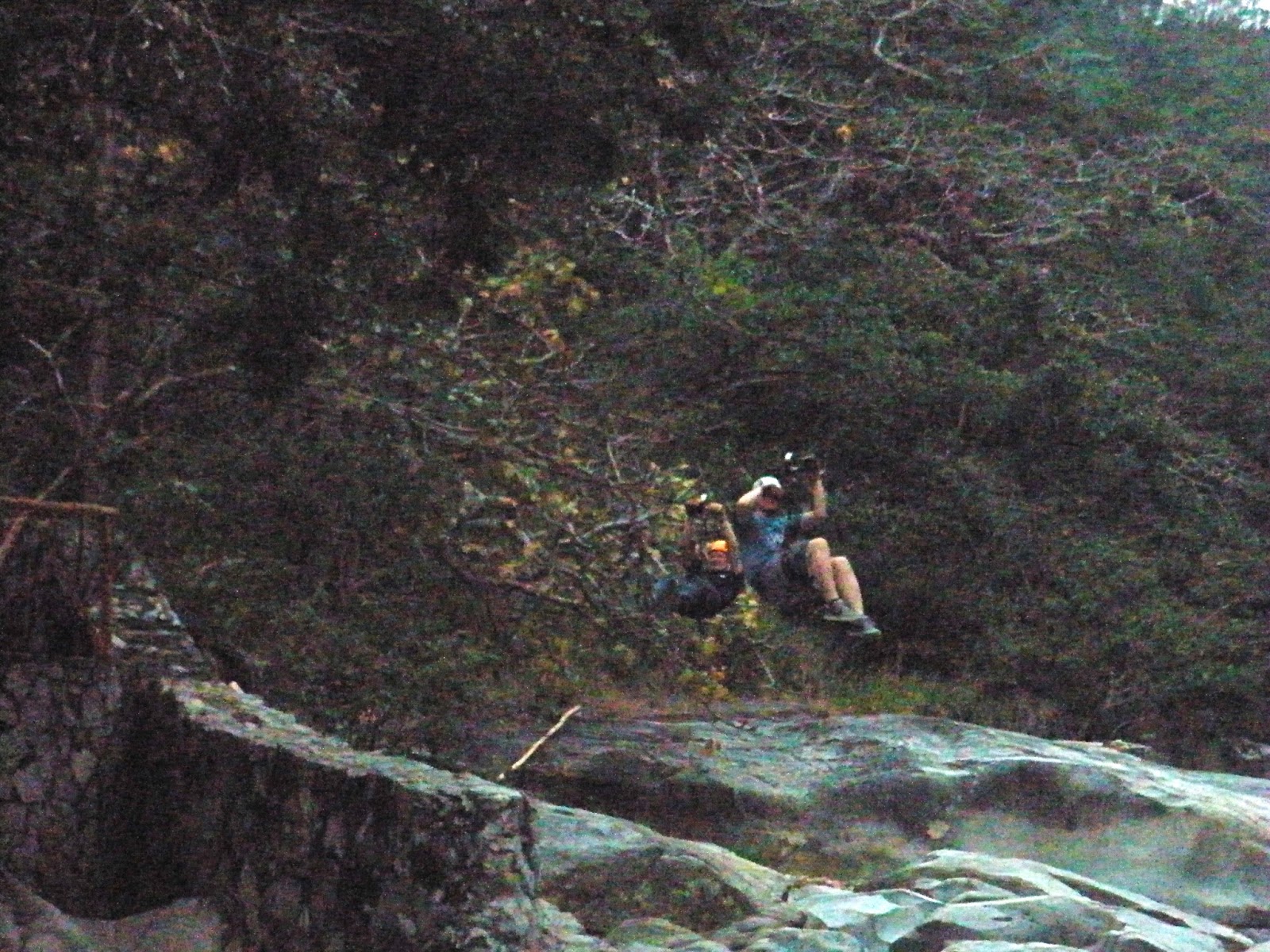 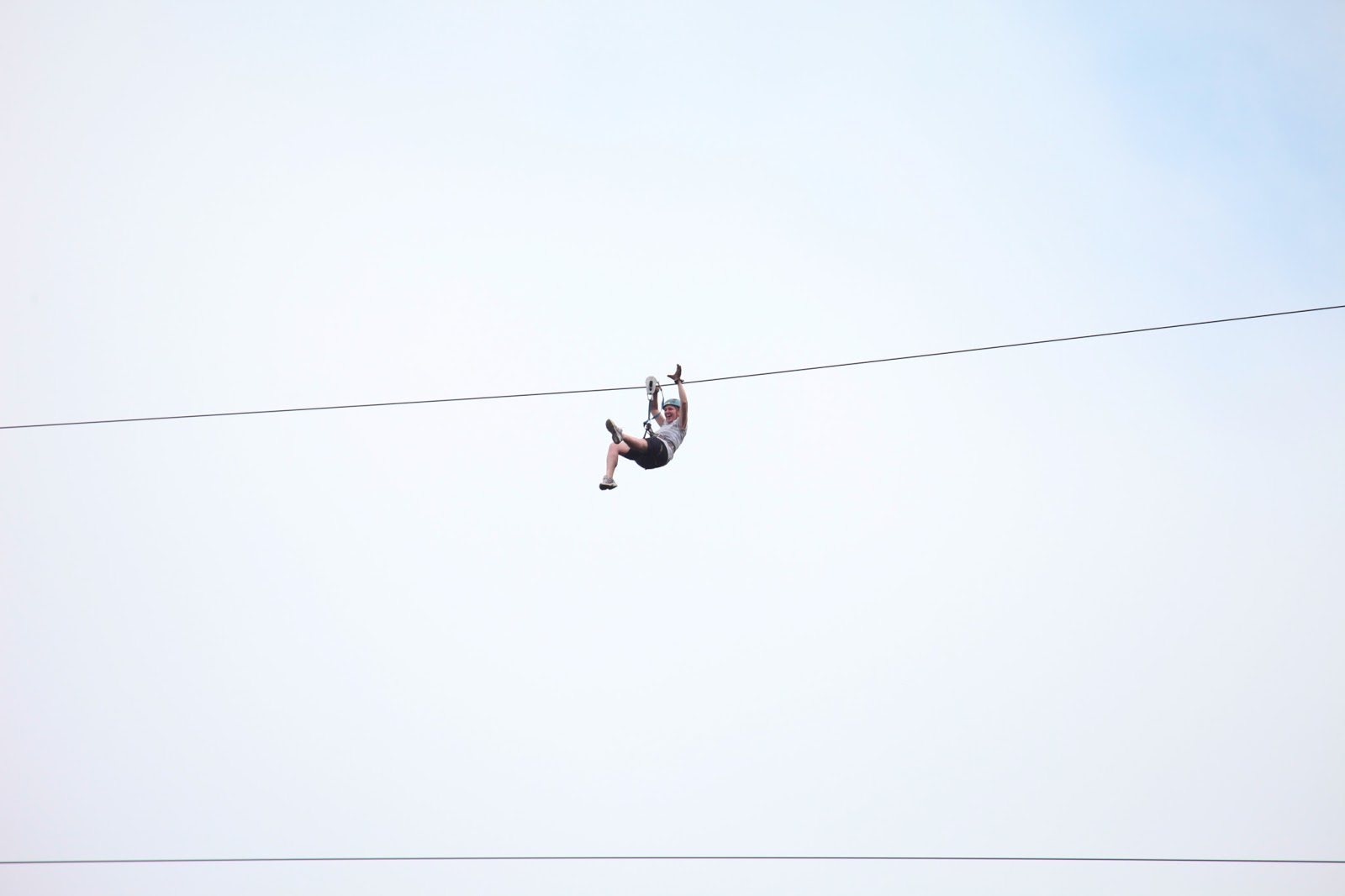 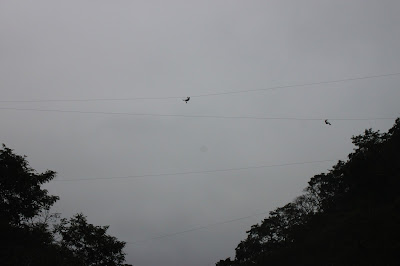 The ziplines were so high about the creek. I am afraid of heights but this was way to cool to pass up. There were 17 ziplines that took you all through the trees. It was beautiful~! One of the guides had to pass on the line with me so he could help out with the next people coming down the line. He asked if I wanted to go upside down across the zipline. I was so scared as he spun me around and around upside down across the zipline.  I almost hit my head on the landing dock because I could only see sky. It was a crazy experience! 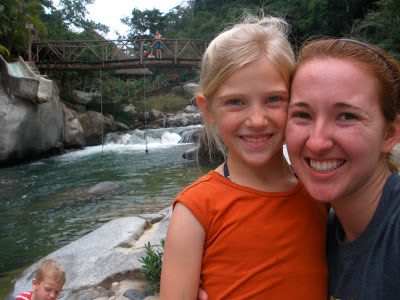 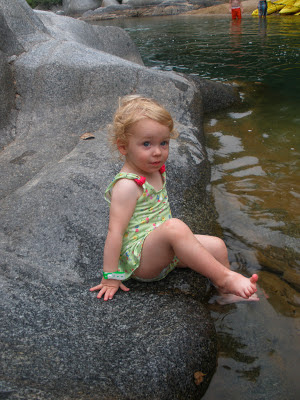 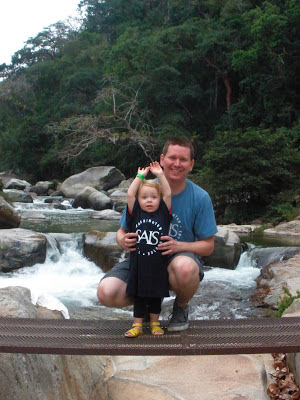 Three cheers for SAIS!!
There is a photo contest each year for SAIS during the Winter Break. Because there are so many international students, it's amazing where everyone ends up over the holidays. So, to get some free SAIS gear, I took a picture of these two cuties in their SAIS shirts and Tyson entered in the contest. Current & future SAIS students :) 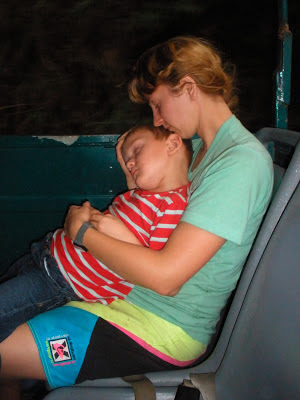 So exhausted, Mackenzie and our nephew Jacob 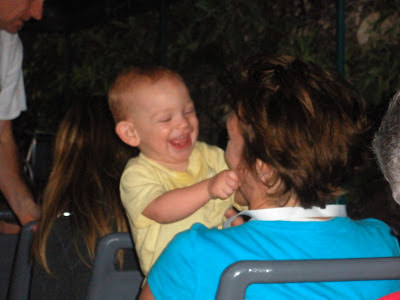 I loved hearing Oliver's laugh. Such a fun picture of him and his mama, Megan 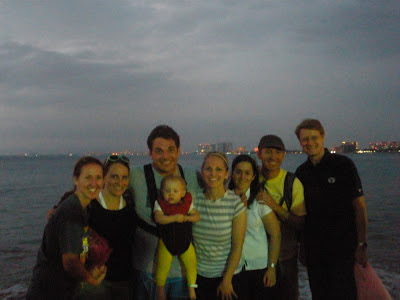 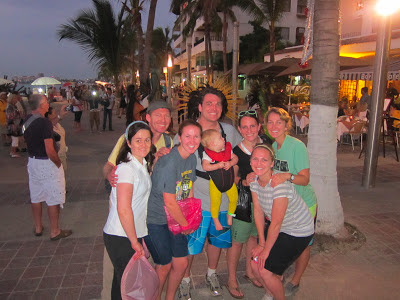 There was a few of us who stayed behind in Puerto Vallarta to do a little shopping for a bit. We were on a search for little Mexican dresses, dishes, and Mexican vanilla. 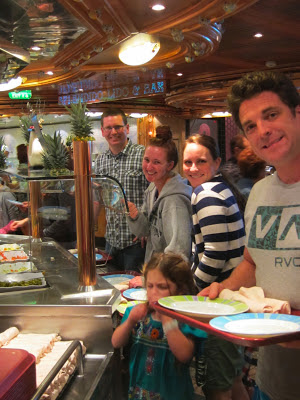 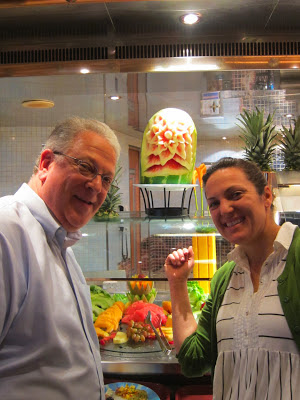 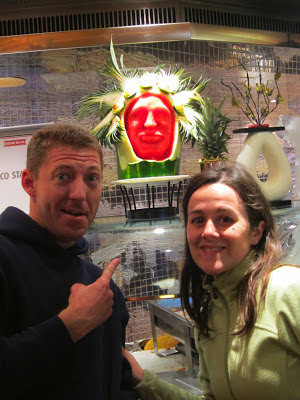 The cruise put on a Mexican Buffet at midnight almost like a closing ceremonies of our adventures we had . I was so tired from the day that I had fallen asleep with Taryn after dinner but Tyson was there to represent the Smith family!