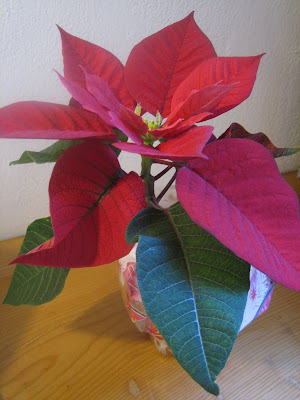 
Panettone and Pandoro
These are special sweet breads that are made only for the holiday season.

Panettone is similar to a fruit cake in that it contains dried pieces of fruit inside. Even though I don't recall ever tasting Fruit Cake in the U.S.A, I'm pretty sure I like Panettone better. 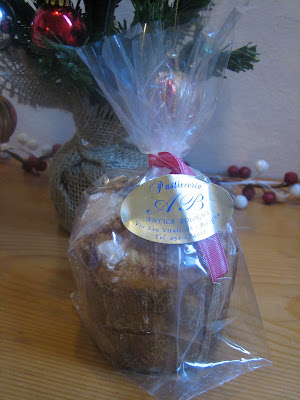 Pandoro is a sweet light bread that contains no special filling and is sprinkled with Powdered Sugar.

When we first arrived in Bologna, we read about a wonderful Pasticceria named Anitca Bologna which has been making wonderful pastries, breads, & sandwiches since 1927. We also read that this pasticceria produces the best Holiday Bread in Bologna. Can you imagine my happiness when I located this store only minutes from SAIS Johns Hopkins center!!!! I pass it to and from school and made my way in today to buy my little holiday bread (panettone) for us to try. I bought one the size of a muffin for us to split. I didn't want to get a whole bread (they are HUGE!) and not end up liking it. This little muffin size was the perfect amount for us.


La Befana
While reseraching traditions and events when December first began, I came across La Befana (thanks to About.com). The tradition of Santa Claus is relativily new compared to the ancient city, so it's really La Befana that credited in bringing holiday presents to the children. La Befana is a kind witch (think Halloween witch) that comes on January 6th, Feast of the Epiphany, and brings the good children gifts. (I thought it was weird that they had witches and Santas next to each other in the Christmas markets- now I get it!)

Legend has it that La Befana was asked by the Three Wise Men for directions on their way to Bethlehem. They invited her to join them but she turned them down. She also refused to worship with a Shepherd, the new born Christ child.

La Befana wanted to join the Three Wise Men after all so she brought some toys that had belonged to her child, who had passed away, and went looking for the Three Wise Men and the Shepherd. La Befana couldn't find them or the stable. Each year she goes in search for the Christ child but because she can't find Him, she leaves toys for all the good children and coal for the bad children. 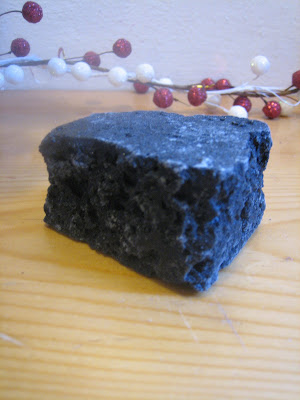 Carbone Dolce- before I knew about la Befana and her bringing "coal" to bad children, Tyson and I thought the coal in the Christmas market was funny! Now that I understand more behind the history of this tradition I knew I had to purchase some "coal" and show you what it looks like. It's basically rock candy that looks really similar to coal. How do they do that?


A little piece of Italian History