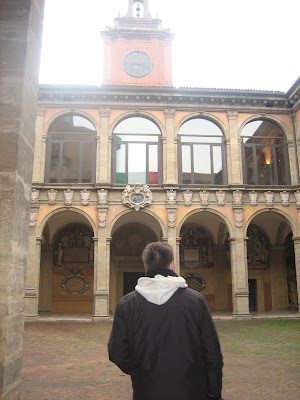 In front one of the many biblioteca's of Bologna

On Christmas Eve we took a walk around the city with the intentions of going ice skating but because of the timing of naps etc... we missed the time slot. We were ok with it because it was FREEZING cold and actually started raining. Not a great combo for our two recovering sickies. 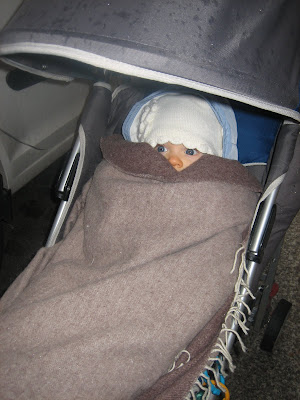 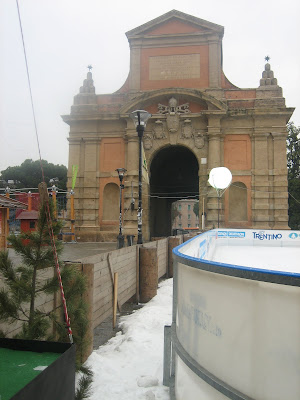 We shared a Frittelle con Nutella, took some photos and tried to stay warm. We rode the bus back home (so glad we did) and spent a warm Christmas Eve in our apartment. In the afternoon just after lunch Tyson told me to look outside- and I was shocked to see snow! I posted that morning that there was a snow warning but I didn't think we would actually see it in Centro. There was a lot of jumping and squealing around here. The first snow of the season and we got to see it! I took a bunch of pictures, videos, and I even took a walk in the snow to the grocery store. I wanted so badly to see snow here. For this California/Arizona girl it's kinda a rare thing. We were all super happy with our White Christmas Eve (and Day- kinda!) 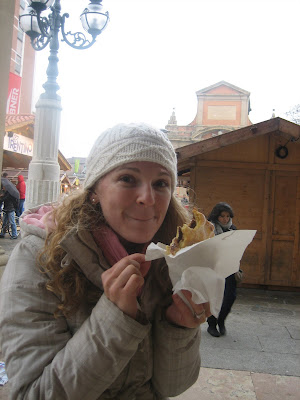 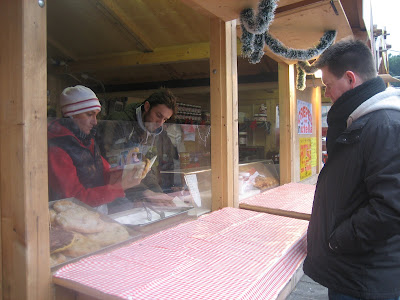 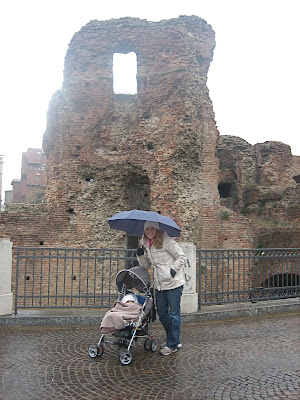 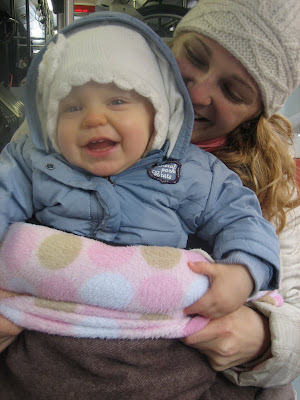 Look at those 3 1/2 teeth! Laughing on the bus ride home

We also got to skype with almost everyone in both of our families. Some for Christmas Eve breakfast tradition and others for the initial set up for Skyping with my sister Mackenzie who is serving a mission in Switzerland on Christmas Day. I loved everything about this day. Spending time with my family, talking with family, and the snow. 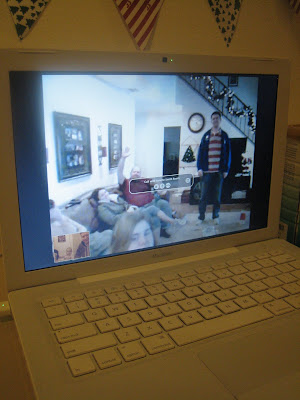 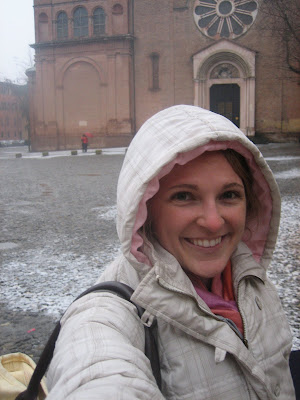 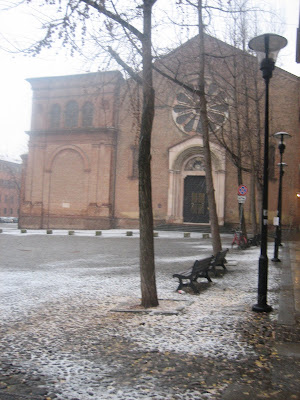 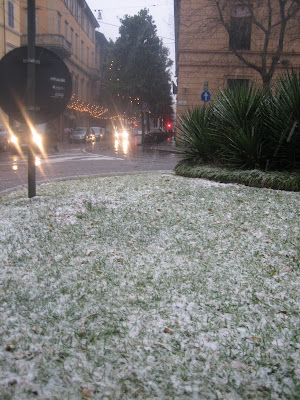 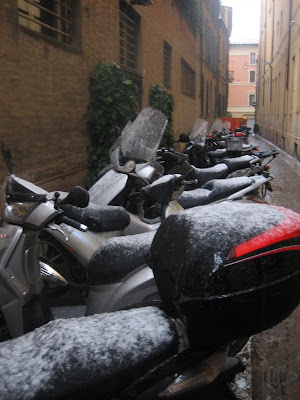 Posted by Brianna Smith at 1:02 PM