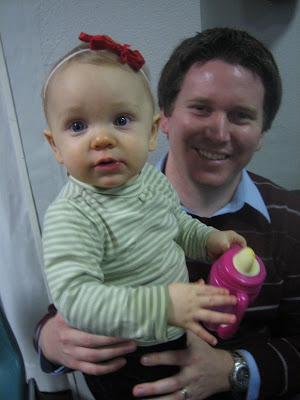 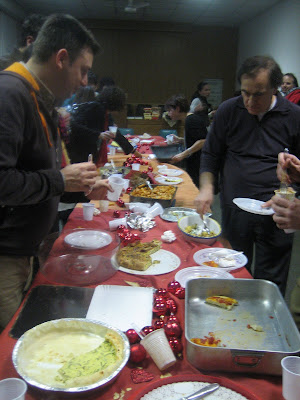 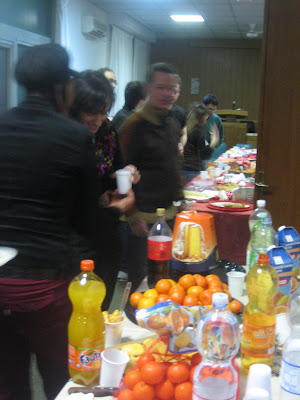 Our Ward Christmas party followed the Caroling in Piazza Maggoire so we jumped on a bus and made our way to the church building. There was a ton of great food and by the end of the night Tyson and I couldn't eat one more bite. The food arrived in waves so we had to try this lasagna, and that lasagna (and debate which was best- they all won) and then there was the little snacks of pizza, and mini omeletes, sandwhiches, baked quiches, panettone (traditional holiday bread- more on that to come!) etc....

It was late and Taryn was just about done with the whole holiday partying. So we started to make our way towards to door, you know, jackets, stroller, gloves...until they told us that they would have Babbo Natale come early if we stayed just 10 more minutes. So we stayed ( I didn't want Taryn to miss out on her first Italian Babbo Natale!!!!!) 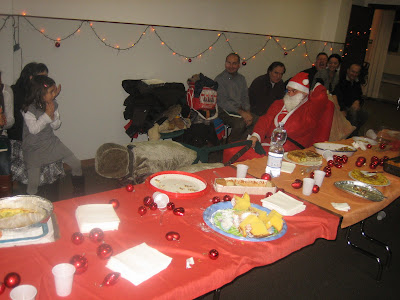 Taryn did better than I thought she would on Santa's lap. She just got a little scared- no crying or screaming which was awesome. Just a few whimpers and a scared face. 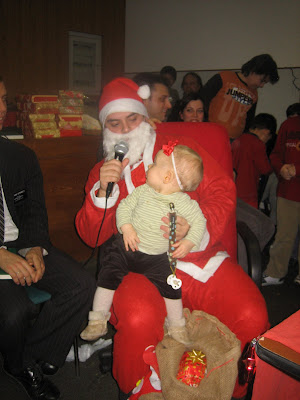 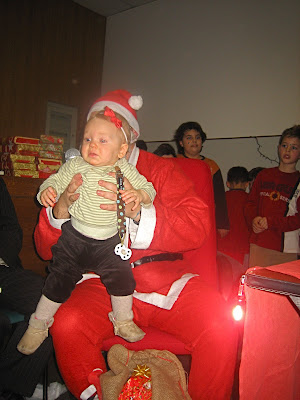 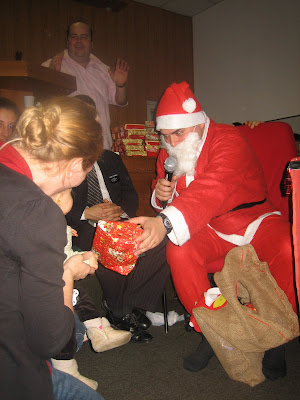 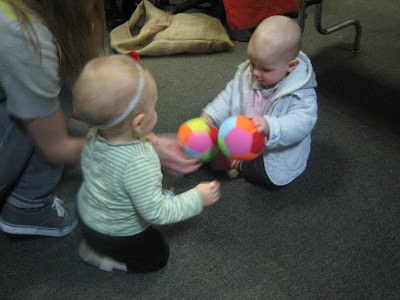 How did Santa know what Taryn wanted for Christmas!?! The girls had fun playing with their new toys. And I think it helped take their minds off the fact that they just wanted to be asleep. 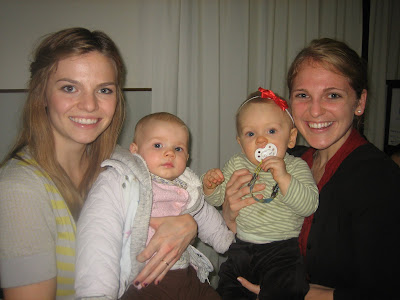 Taryn demonstrates that she has no idea what to do with a pacifier. It may be in her mouth- yes- but she's chewing on it. She prefers to bite it with her teeth- the front of it, the back of it, the side of it- which helps soothe this poor girls aching gums! I don't think it's ever been in her mouth for more than 10 seconds. 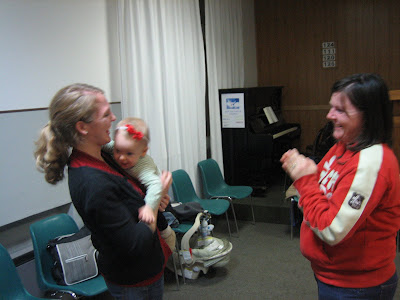 An attempt to get a mother daughter shot with Tyson behind the camera. We all ended up laughing and Taryn gave a big smile to Julie- our helper in the smile department! 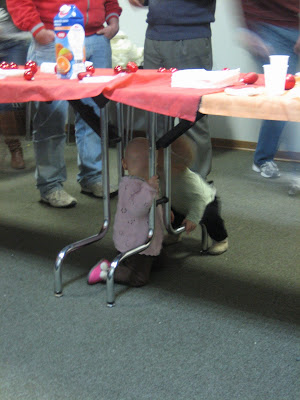 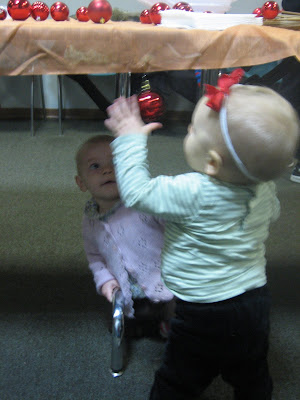 These girls had their secret club "babies only" under the table. Maybe it had something to do with the hanging ornaments from the table... 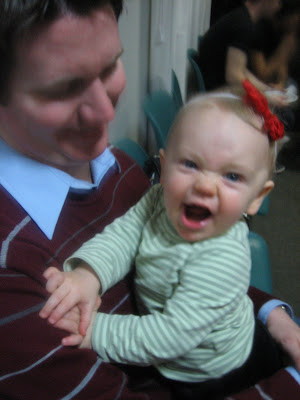 When I said, "smile Taryn." This is what I got.