How do you watch Conference? 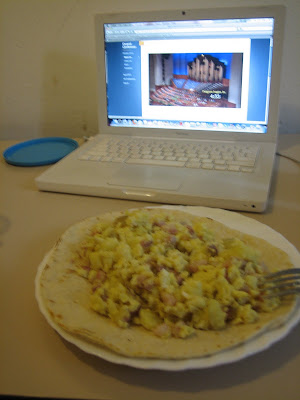 It's General Conference time and we have been looking forward to this all week! When we finally had everything set up and ready, we sat down to enjoy our breakfast burrito dinner before the first session started. Tyson had a brilliant idea to keep up tradition of eating breakfast while watching conference even while we are here in Italy. This means, because of the time difference between Utah (where it is broadcasted from ) and Italy, we watch conference at night instead of first thing in the morning. It's the little things that help us feel at home even when we are thousands of miles away. 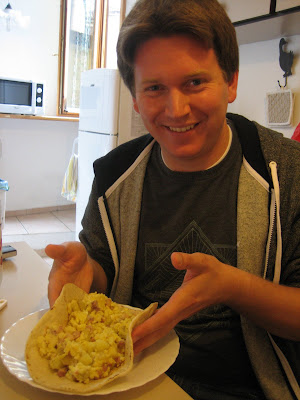 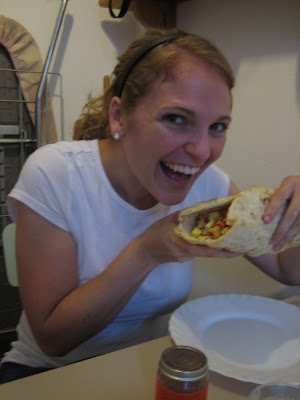 Tyson was the pancetta, potato, and provolone egg burrito.
Brianna was the red pepper, zucchini, onion, and potato egg burrito. 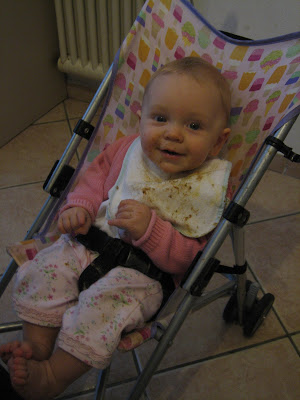 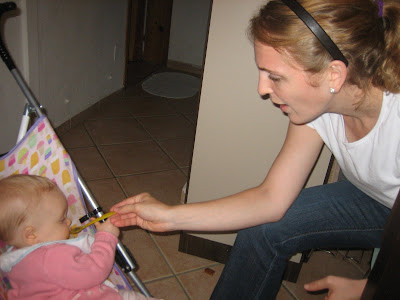 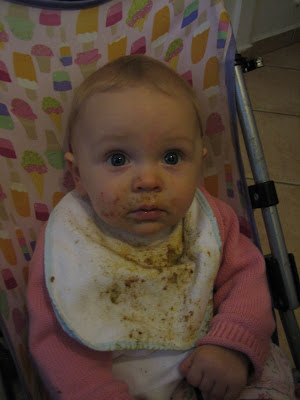 She was so dirty after we fed her because she was happy and talking and moving her arms and body all around! The spoon ended up everywhere but her mouth! I love how a good nap makes for a very happy baby!

Before conference started Tyson turned to me and said how excited he was. He compared it to being on a mission where you are constantly rejected and no one wants to hear your message even though you believe it to be true and know it will change their lives for the better. He said, watching conference connects you with others who give you the confidence to carry on, keep trying, because you know what you are teaching is Truth. We both became emotional as conference started as it was a little taste of home for us. I also thought of my sister, Mackenzie, who is serving her mission in Switzerland right now (so close to us here in Italy!). I had just received a letter from her the day before and she talked about how she looked forward to conference weekend so much because it was spiritually uplifting for her while she is on her mission that can sometimes be hard, draining, and an emotional roller coaster. As conference started I was overwhelmed with the feeling of peace and happiness that I am able to listen to a living Prophet's voice TODAY! How inspirational the messages of our church leaders are!

We also decided to participate in a Mormon Messages video project. They asked members to record how they watch conference and what they do for it. Tyson and I both thought this would be a great thing for us to document being here in Italy. We had to watch Conference online because even though it's broadcasted to our ward building, they don't have it in English. We are very grateful for modern technology that allows us to hear and watch conference live all the way in Bologna, Italy!
Posted by Brianna Smith at 2:31 AM