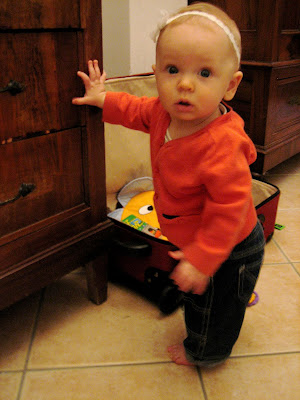 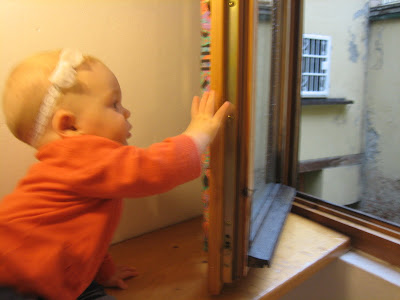 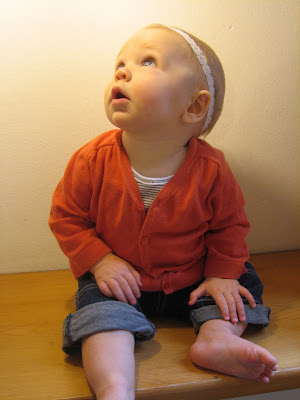 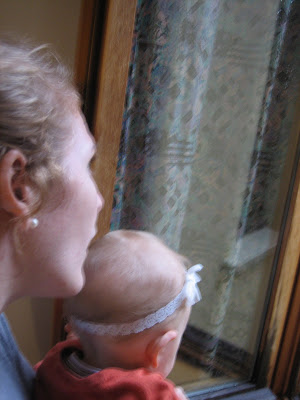 The other day it rained after days of perfect blue skies and no clouds. We welcomed the rain and Taryn watched from the window as it fell. She had no idea where the thunder noise was coming from and would look all around her trying to find it. After a while she was having fun playing with the window and curtain and then trying to figure out the light fixture above her head. We read books and bundled up for the morning and later that day after the rain stopped Taryn and Ada enjoyed a stroll around town as Paige and I headed to the Flea Market.

This morning I was able to Skype with my Mom, Dad, and Brittany and then Tyson and Jen, and Janis, Tyson's mom. It's always so great to talk with family face to face via Internet! Anyone else want to skype? :)
Posted by Brianna Smith at 3:26 AM