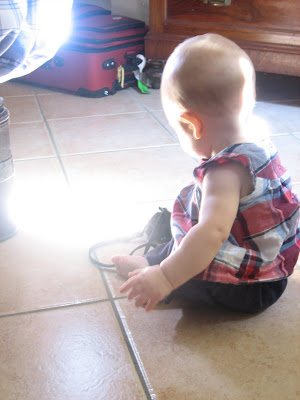 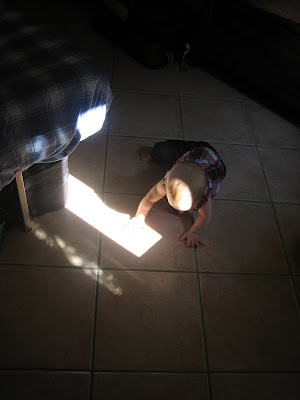 There is a little patch of sunshine that glares on the floor around 4pm here. Taryn has tried and tried to pick it up, touch it, and play with it. It's very cute to watch her sit there for about 5 min. moving around trying to figure the sunshine out.
Our little ray of sunshine has been talking so much lately. She jabbers and jabbers and it seems to me that every couple of days she discovers a new sound. She still thinks it's hilarious to go against my request of saying "Ma-ma" by replacing it with "Da-da" everytime, without fail. I guess I should just be happy that when she wakes up at night she calls out for Da-da in between cries :)
Posted by Brianna Smith at 5:04 AM