MLK Day - Haley's and the Smith 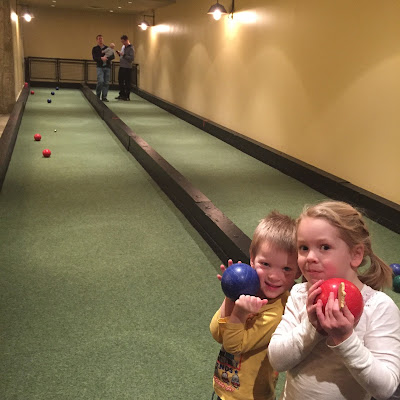 Lynne and I planned  play date for MLK day because our kids were out of school, not knowing that our husbands had the day off work so we were so excited to make it a bigger adventure knowing that Chris and Tyson would be there too. We originally planned to go bowling …but so did everyone else …plus some birthday parties. Pinstripes in Georgetown is the fanciest bowling alley I've ever been to and it's also the best! They gave us a complimentary bocce ball game because the wait was going to be 2 hours. The kids were super happy to be together and learn something new, Lynne& me and Tyson & Chris were able to catch up and we were WARM! It was a blistery winters day and we were so happy to be inside.
After we stopped by Baked & Wired for a sweet treat. Man- that place makes amazing things! Though Haddie had reached her limit and wasn't happy with her own cupcake selection (i.e.- frazzled toddler = frazzled mama in a tight hipster hang out ) Tyson was able to keep his cool and help Haddie eventually calm down and even eat her cupcake- such a relief! Taryn & Logan just love being together so eating cupcakes was just another fantastic way to spend time together. 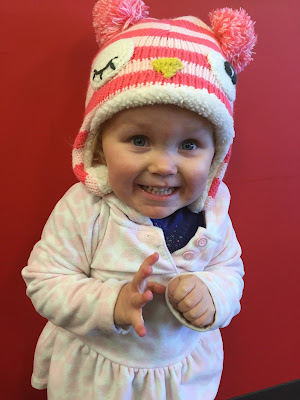 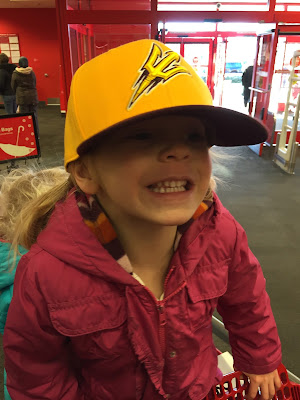 Later that day we had a get something (which I can't even remember what) Haddie needed a new winter hat and loved this Owl beanie (um…clearance for $3- yes please!) and Taryn thought Tyson's ASU hat would look better on her.

It's fun to get in a "bonus "holiday that you weren't expecting to spend together as a family.