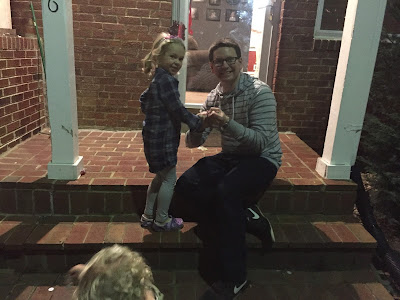 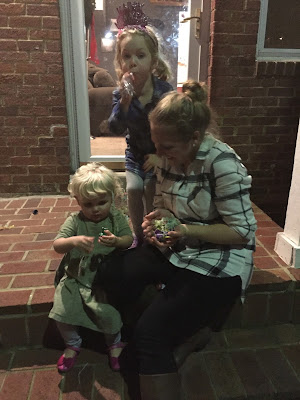 On December 30th, I came down with this weird 24 hour sickness that gave me a horribly high fever which we think was an infection of some sort. Thankfully, no one else got it, and I was able to eat and move around ok but it meant that our New Years Eve was celebrated at home for fear of spreading the fever before we knew what it was. Tyson took the kids to our friends house for a bit so they could play with their little friends and I stayed home resting, because by that time my fever had gone down significantly. When they got home, we did poppers, put on our New Years hats and got out our noise makers.

Taryn was super excited to celebrate and kept asking all day long if it was time to do the poppers and make a lot of noise. She's always in for a big celebration! 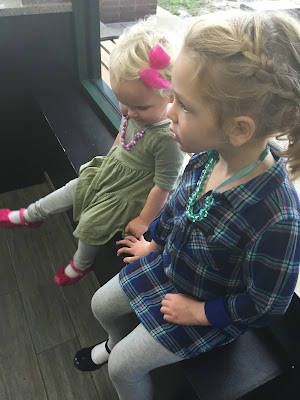 On New Years Eve Day, we went to Duck Donuts..ya know…to start the New Year off right :)
The girls were in a fancy mood, so they dressed in their Sunday shoes, casual dresses, necklaces and hair do's. Taryn asked, "Do I look fancy?" and Haddie said, "Watch me twirl!" 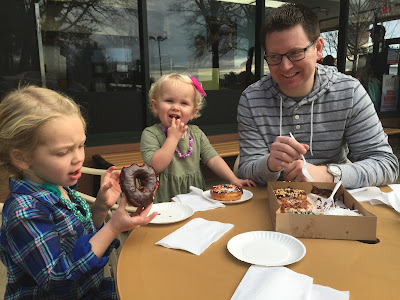 Those duck donuts are so warm and yummy- and rich! 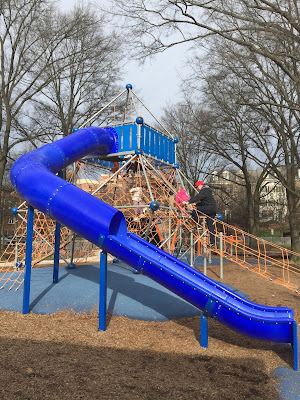 Just before I got that random fever, I had ran an errand in a part of town we hadn't explored before. We passed this park and Taryn asked me to remember where it was so we could go play there. When we got ready, Taryn was so worried about Tyson driving because "he won't know where the park is!" Tyson and I laughed and reassured her that we would make it to the right park.

I can understand where Taryn was coming from because this park looked amazing from the street days prior and it didn't disappoint at all! 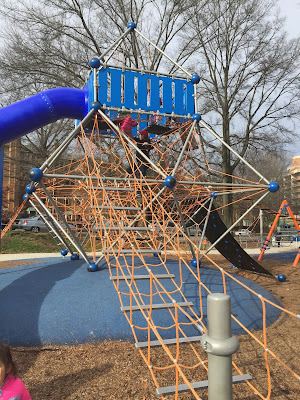 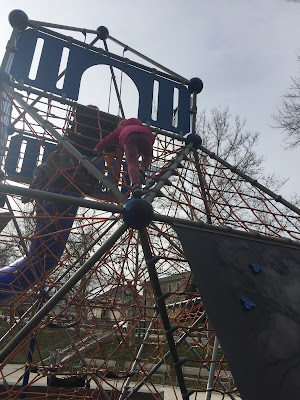 Taryn is a climber and will climb anything anywhere. This was her heaven. 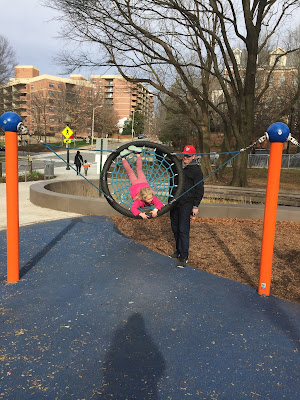 We also discovered this swing we've never seen before. It terrified Haddie, even when she rode with Taryn, and it made me feel sick because I was so scared when I tried it. 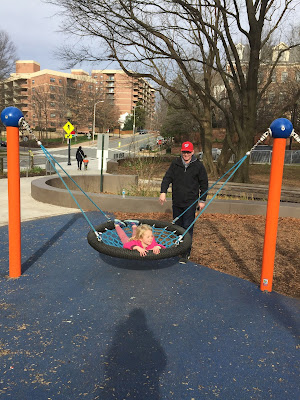 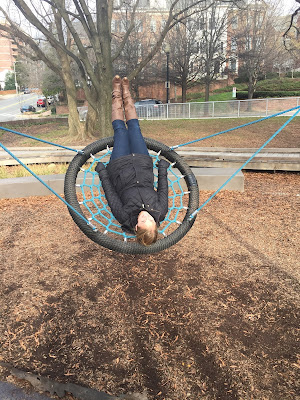 Holding on for dear life!

So though I was sick and it kinda put a damper on our Holiday plans, we still ended up having a lot of family fun!
Posted by Brianna at 6:48 PM