A Tour of Italy- Day 2 in Bologna 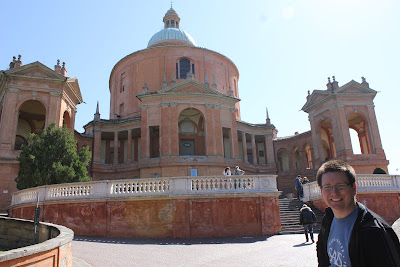 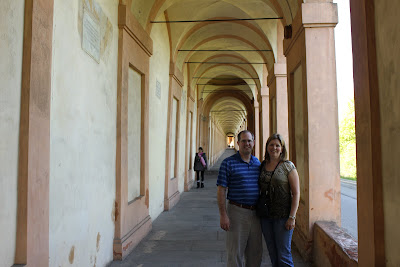 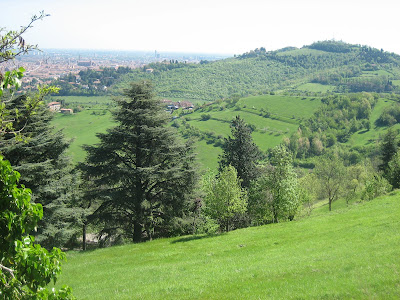 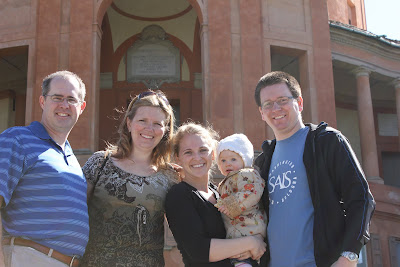 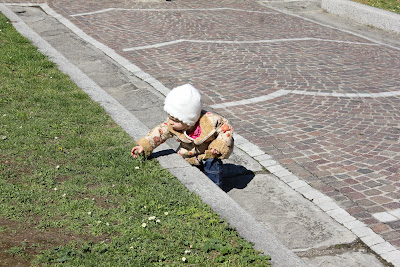 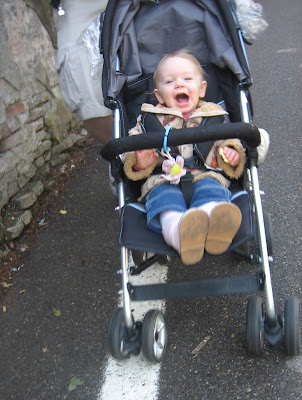 Hiking up and down from San Luca. Taryn was extremely happy coming down the hill. She likes when the stroller goes super fast! She was screaming and smiling and I love that this shot captures her in action! 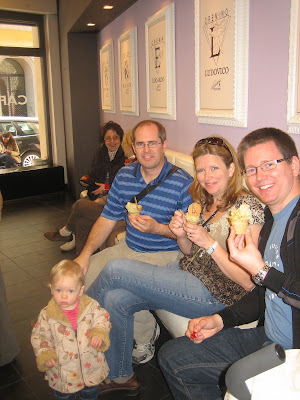 After lunch at the Piadine & Cresentine shop, we stopped by La Sorbetteria for another wonderful gelato experience. 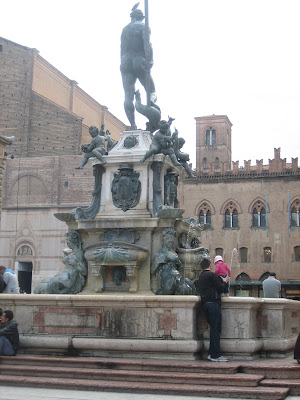 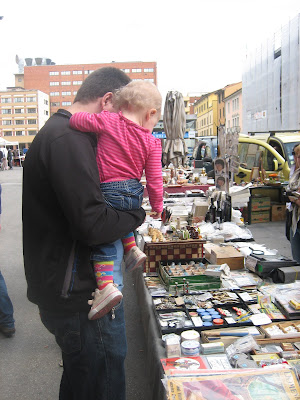 Antique Fair near Via Augusto Righi 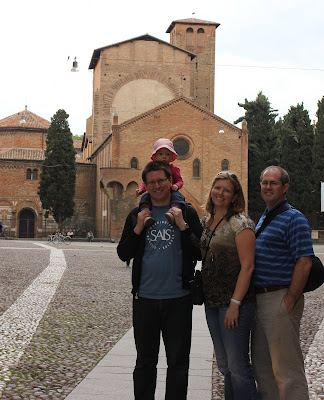 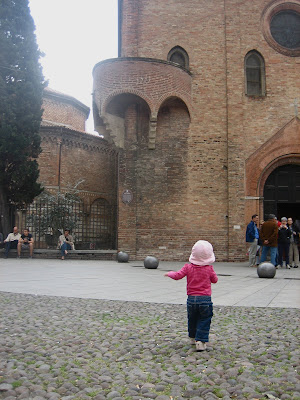 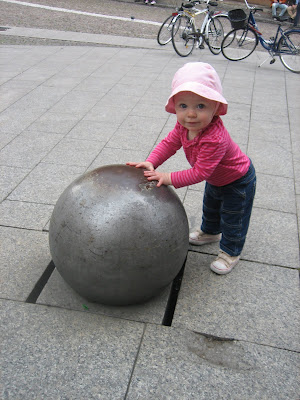 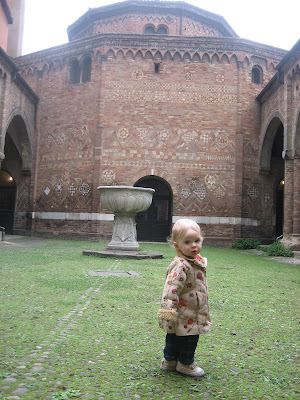 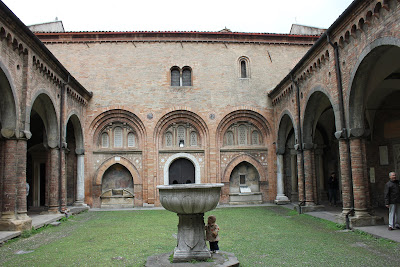 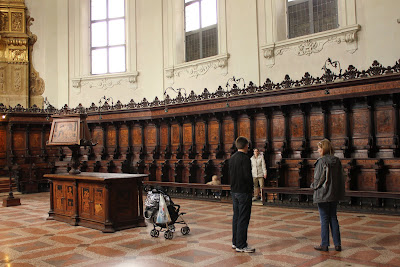 Basilica di San Domenico's amazing Choir loft.
On our second day in Bologna we conquered the twisting snake "Satan" and made it to the top of The Sanctuary of San Luca. There are 666 porticos (covered walkways) winding up the hills of Bologna to the top where San Luca sits, overlooking the city of Bologna. 666 might seem like an odd number for the church related path but it was done on purpose to represent one overcoming Satan during the repentance process. The view was amazing and the hills were completely filled with the vibrant fresh spring grass.

Lunch was at a place we had found only weeks before, Piadine & Crescentine, a hole in the wall establishment with friendly faces and delicious eats. Think giant empanada for the Crescentine. We enjoyed fillings of Cheese, pumpkin, nuts, proscuitto cotto, and potatoes. La Sorbetteria is one of our favorite gelato spots (we have so many!) so we stopped in to sample their rich a creamy flavors. Days without gelato just weren't complete.

With a little time in between sight seeing due to specific closing hours of the churches during lunch , we headed to the Train Station to buy our tickets for the rest of the week. And we were so glad we did! Every morning we woke up and only had to worry about finding our train, not waiting in line to buy tickets, being late, or having to wake up even earlier. We were so happy to have bought open end tickets as well because you never know how a day will play out. We were happy that we didn't have to stress about making our train home while we were still busy sight seeing. We took a walk after wards down Via Independenza and looked through some tables at the Open Air Flea Market. We saw some interesting things!

The Basilica di Santo Stefano, known as the Sette Chiese, or 7 Churches is always a delight. They claim to have the basin where Pilate washed his hands of Christ's crucifixion. We came through the Piazza Maggorie and the Basilica di St. Petronio which always seems so much larger from the inside than out.

The last stop of the day was the Basilica di San Domenico which is right around the corner from where our apartment is. The most notable art piece would have to be the angel done by Michelangelo that helps decorate the tomb of Saint Domenic. It's really amazing to compare the works of Michelangelo with those of the other sculptors who added to the tomb. Janette commented on how different Michelangelo made his angel. More detailed, defined, and I would even say, more life like. We also spent a lot of time in the choir loft, one of Tyson's favorite places, distinguishing which Bible story was which, as they were carved into the backs of the choir seats. Taryn made a special friend with one of the Basilica workers who is always there. He plays an awesome game of cu-cu (peek-a -boo) in the choir lofts. He also explained to me in fast Italian, how the Basilica acquired the antique Murano glass chandeliers.

Pizza was our food of choice for the majority of the trip and it did not disappoint at La Mela. A good restaurant by the Piazza Maggorie. There is just something so special about the way pizza is done, particularly in the South of Italy. It's the slight char of the pizza crust, the simplicity of the ingredients along with freshness, the almost non existent tomato sauce and a little bit of atmosphere helps too. I could eat their pizza several times a week if I could!

Posted by Brianna Smith at 1:55 PM