A tour of Italy - Day 1 in Bologna 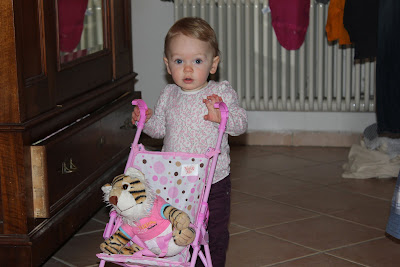 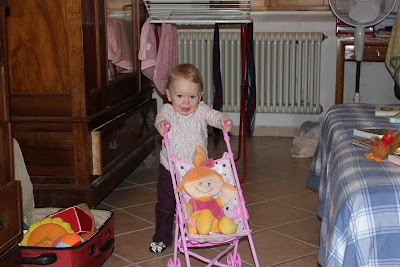 Pushing her new stroller all through the apartment 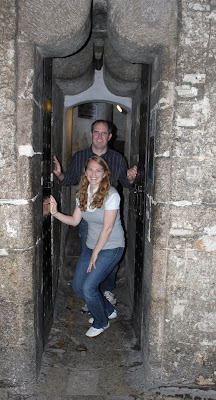 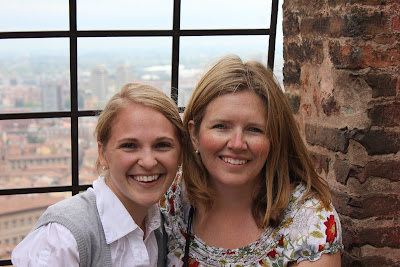 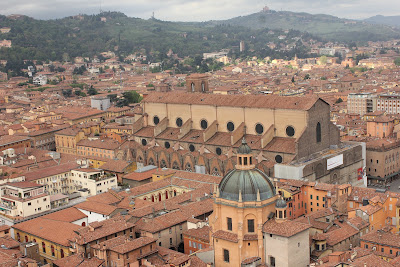 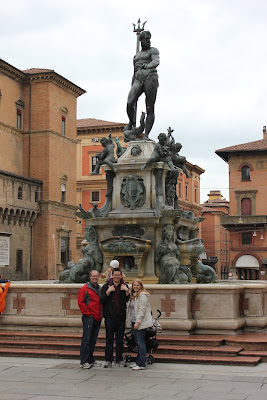 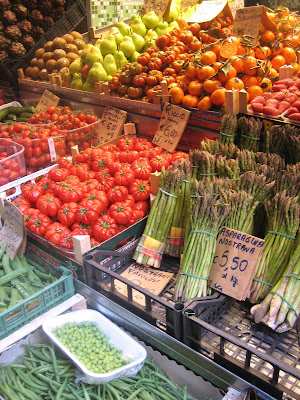 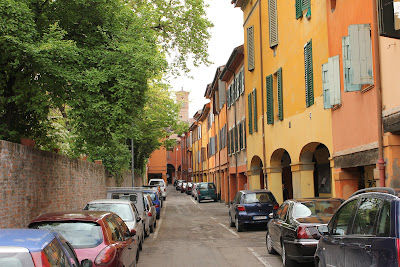 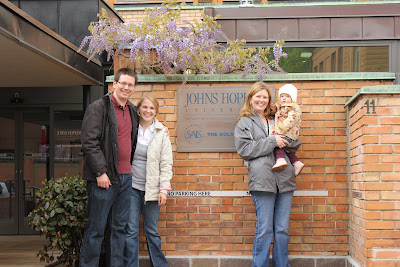 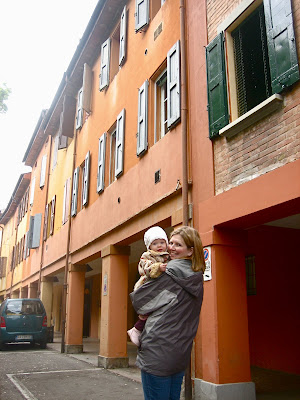 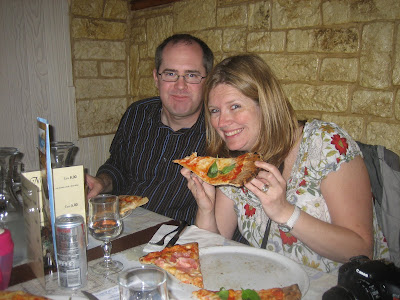 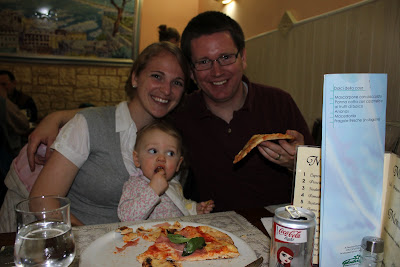 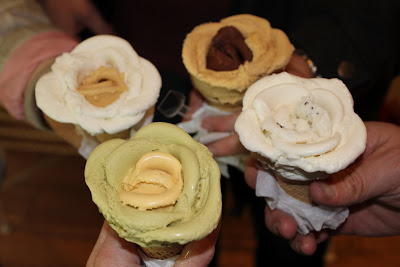 Our gelato roses from "Chocolate" 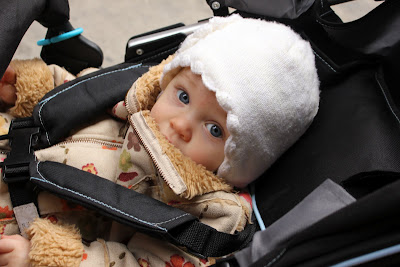 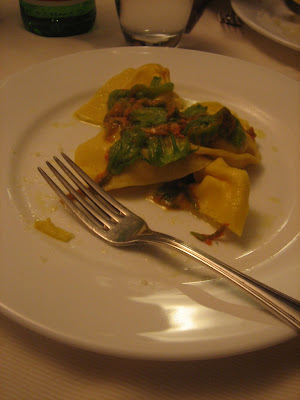 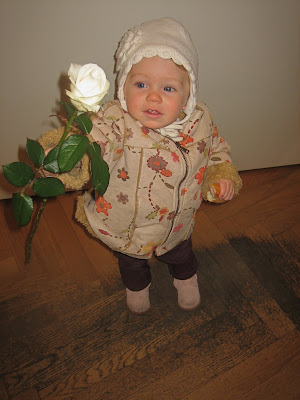 The beauty with one of the roses Janette and I were given after leaving Drogheria della Rosa.

When Janette and Ken walked through our apartment door I started to get tears in my eyes. It had been such a long time since we have seen family! We were so excited for their arrival into Bologna that we were getting nervous hours before they arrived! Janette brought a little pink stroller for Taryn as a birthday gift which she instantly loved. She loaded Emi and Mr. Prickle Pants inside and pushed them all over the apartment. They also brought us the Muppet Movie which we had been dying to see. Tyson couldn't wait and watched the whole thing late into the night after our days adventures.

Janette, Ken and I climbed up the 500 steps to the top of the Due Torri which was still a little scary for me even though it was my second time. I still have a good fear of heights and when you add in wooden, slick stairs and narrow path ways over looking the far drop down, I still get shaky! The view from the top of the city reminded me of when I first saw a aerial portrait of Bologna before we made the big move. I panicked and wondered if I would ever find my way around the city. I have, and I love every inch of the city.

We walked by The University of Bologna, saw Tyson's JHU Bologna campus and ate awesome pizza at Spaca Napoli where Janette and Ken fell in love with Italian pizza, more specifically, the Italian pizza dough. We had gelato from the "Chocolate" gelato shop which was almost too beautiful to eat.

A visit to the History of Bologna Museum was really helpful to gain a greater understanding of the city we live in.

We put Taryn down for a nap in her crib and let Ken & Janette rest from their Jet lag in their hotel, then it was off to Drogheria della Rosa for an Italian dinner experience. Their Balsalmic Vinegar sauce was amazing and all I wanted to do was dip everything in it.

To finish off the night in true Italian style, we stopped at another one of our favorite gelato places in the Piazza Cavour, "Funivia" to eat gelato and fully satisfy our full stomachs. Eating gelato twice in one day? Yes please, and it was the best.

We ended the night late and were amazed at how well Taryn did during the late night dinner and the long day. She has been a great trooper through many long stroller rides, museums, rain (we love her stroller bubble) and late nights. She has also, for the first time in a VERY LONG TIME, slept through the night multiple times in a row. This is awesome! A good night's rest for the whole family in order to gain the rest we need for the next busy day.

Photo credits to Janette- I think it's easy to see which photos came from my camera, and which came from her awesome new Cannon Rebel.
Posted by Brianna Smith at 11:59 AM