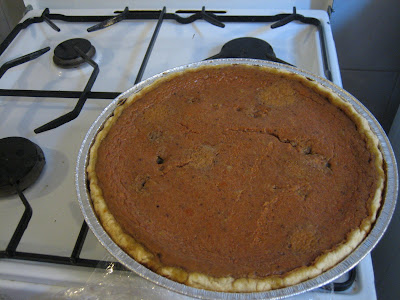 My first pumpkin pies were a success! I'm so happy that they turned out...not to say that they are perfect but I'm glad it wasn't a total flop. I have learned a lot for the next go around. So much was riding on these two pumpkin pies...it was to be served to not only the few Americans but the Italians, most of whom had never tasted pumpkin pie (as Tyson and I found out!) How can I let their first experience be an awful one. I hope tonight's official taste test proves a success!

The labor of love that produced these pies:

1. Purchased a 1/4 of a Large pumpkin and cleaned it out 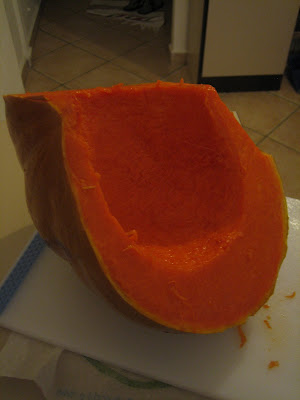 2. Cut the pumpkin in segments to cook faster and then placed them in the oven for about 30 min. 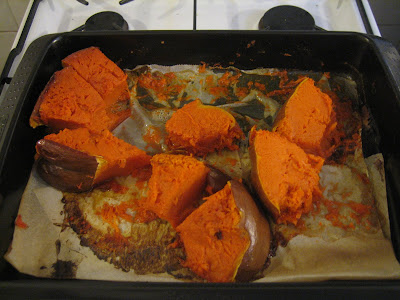 3. Easily scooped the insides into a bowl. The skins just fell off practically by themselves 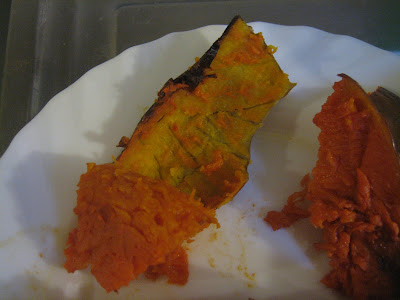 4. After gathering all the pumpkin goop, I blended it and added the other ingredients 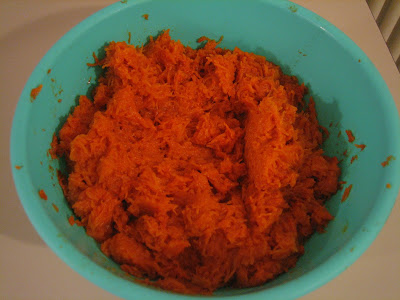 5. I made my dough a few days earlier so it was already chilled and formed (bleh-not proud of my edges-guess I need to make more pies to practice! I should have gone to Janette's young women's Mutal night!!) 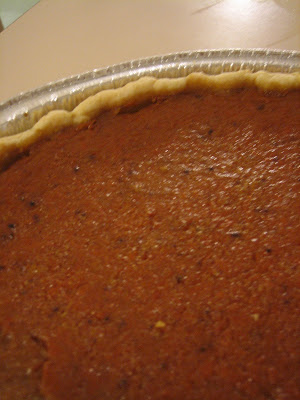 It took about an hour to bake them and with our tiny oven I had to do one during each of Taryn's naps during the day. I'm really glad I challenged myself in making these this year. While I was in the kitchen making everything I realized how thankful I am for food that surrounds our traditions. It all adds so much to the experience of the holidays. As I told my sister Ashleigh, diets go on hold for the acutal holi-DAY.
Posted by Brianna Smith at 1:33 AM