Lake Accotink with the Smith's 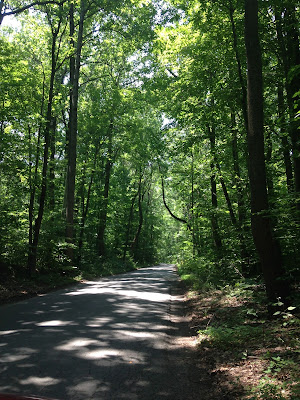 Tyson is hands down the best weekend event planner. I may suggest something every once and awhile, but Tyson is the best! He always picks places that are fun and exciting and that we haven't seen before. We visited Lake Accotink a few weekends ago and though it was a super hot day, we had a lot of fun! It wasn't a far drive for us which is always a plus too! 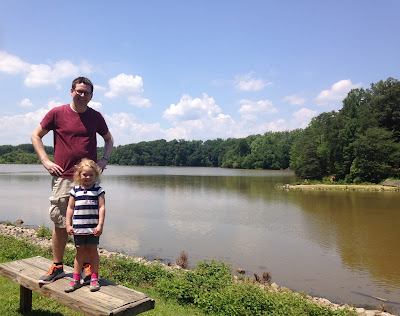 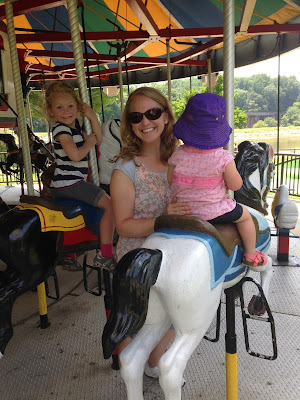 We were surprised at the great prices for the carousel, mini golf, an boat rentals! It was too hot to ride on the all metal boats that the girls wanted to ride on so we had to skip that one this time. The carousel played disney music and Taryn LOVED it. Hadleigh was terrified  so I had to stay close so she would feel safe. 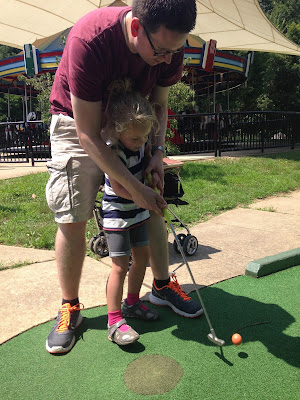 Mini gold was hilarious with the girls. SO MUCH FUN! They tried to hit their balls and concentrate. Tyson tried over and over again to teach them the right form, but by the end, the girls were just hitting the balls however which way they could with their gold clubs. Taryn would light up every time she made it in. Tyson made a hole in one that I caught on video as well!!!! 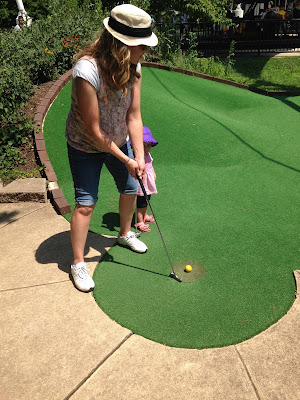 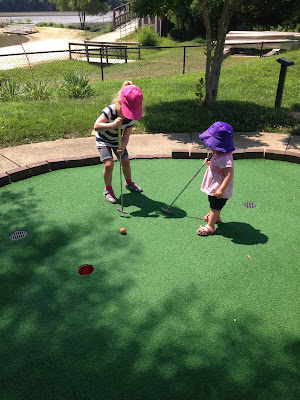 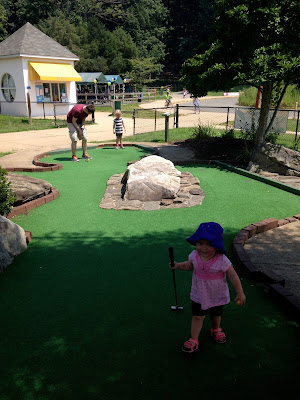 Hadleigh is our family cheer leader. She is always saying "Good job Mommy!" or "Yay, Daddy!" or "Yay Tee-Tee" when Taryn eats a bite of food. She is a joy to have ! Taryn is always happy to give anything her best shot even more so when there is a ball, stick, or course involved. That girls loves to move and has some serious athletic skills. 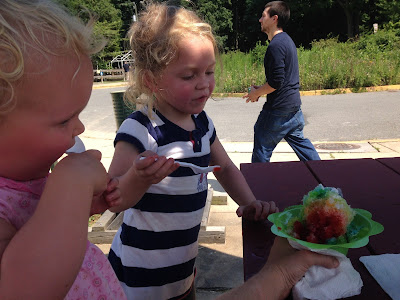 Again, it was SUPER hot. We found shade and introduced the girls to shaved ice. We shared this giant flower cup. And the teenage boy running the booth put about 5 times too much syrup in the shaved ice but the girls loved it anyways. 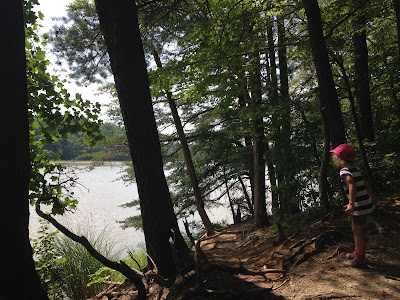 We followed a path through the trees where the girls couldn't get enough of throwing rocks in the water and where Tyson found a bench so he could lay back and gaze up at the trees. It truly was a beautiful sight. 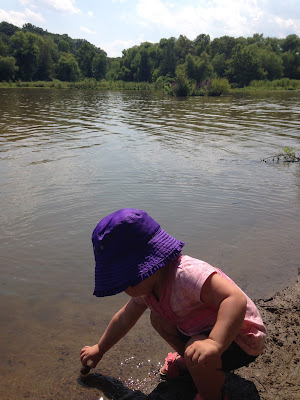 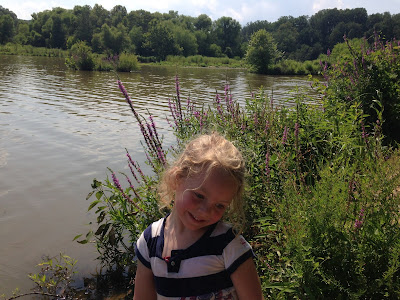 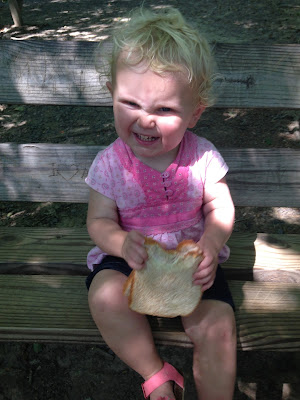 We've gotten to be experts of packing lunches/dinners on the go. These girls love their picnic experiences. 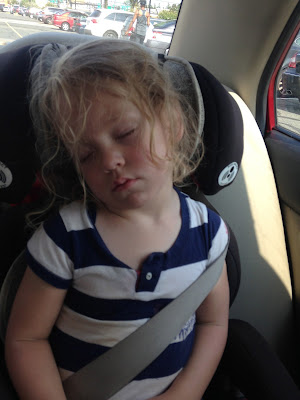