From the summer- I can't believe it's gone by so fast! 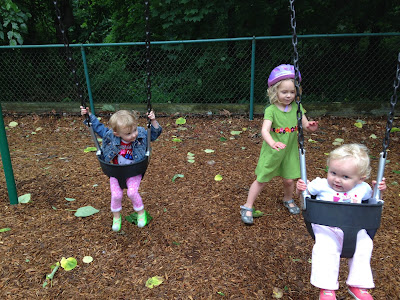 I went into this summer thinking about how Taryn will be starting preschool in September and how there will be a few days in the week where she will be at school, doing just what she should be doing. It makes me a bit sad to see her already so grown up! Kindergeraten is right around the corner and she is already asking to go- and that will be 5 days a week!! I 'm excited for her to start preschool and she's already looking forward to it so we'll just focus on that and not how fast these little girlies are growing up!

We've taken this summer to play a lot in the beautiful weather. We've lucked out that there has only been one week this summer that was just way way way to hot and humid to play outside. It worked out that it was the week of Tyson's birthday so we had a lot of inside activities to keep us busy while we prepared for his big day. Even then, we went to the splash park on Friday because no one wants to be inside all week long! We've had lots and lots of play dates with friends at our home and out and about. We've visited some of our favorite museums and explored lots of new towns. 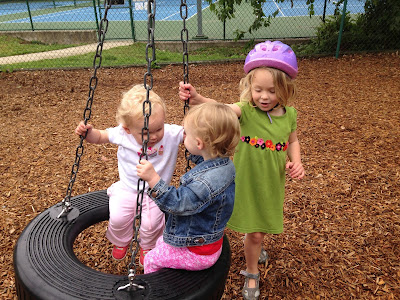 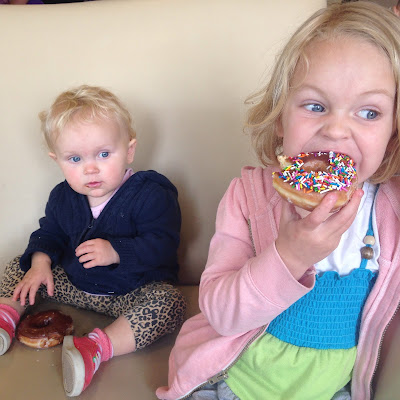 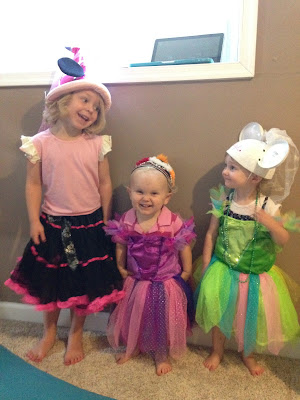 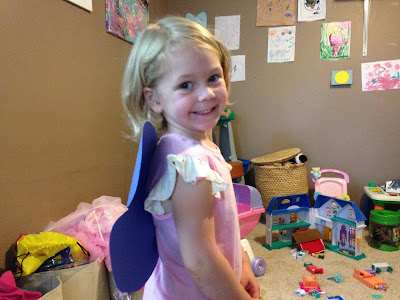 Taryn wanted to be a butterfly so I made these wings out of construction paper. She was so happy! 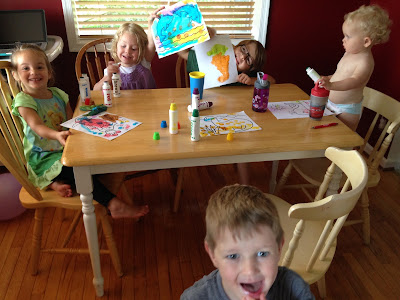 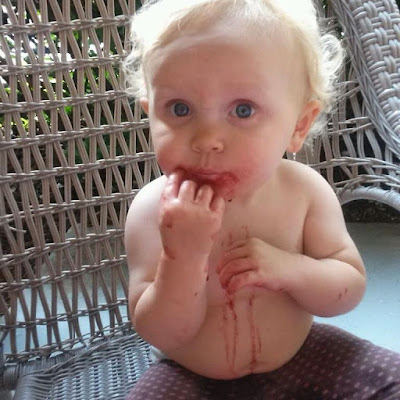 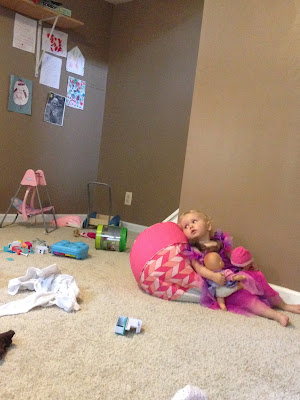 Downstairs in the basement we keep all our the toys. One day we were all playing and Hadleigh carted around her two babies, as usual. Then she plopped down on that cushion, letting me know if was nap time. These girls play hard and they've been having a lot more fun playing together recently. It's magic watching them click as sisters now that Hadleigh is older and they can communicate a bit. 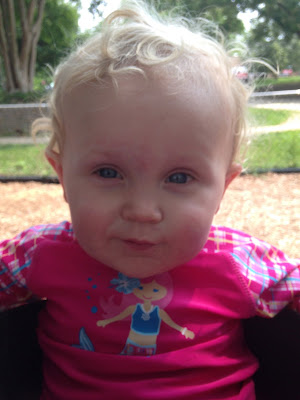 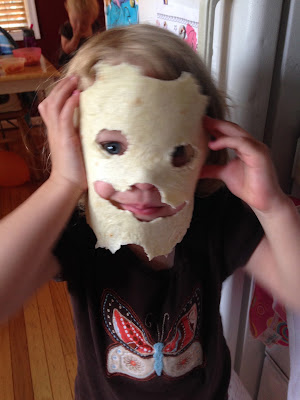 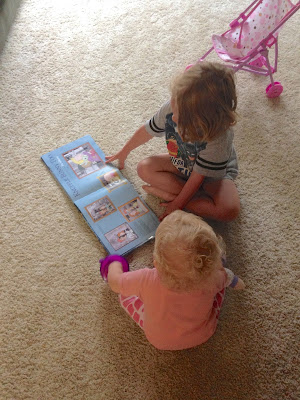 Guys- this happens all day every day. We keep the books within arms reach of the girls because we love to see them reading and take an interest in books. Taryn loves to "read" to Hadleigh and because we read our library books over and over again before they are due back, Taryn gets most of the story right (sometimes in her own words) as she "reads" to Hadleigh. I love walking upstairs to their room and finding that all the books on their books shelves are scattered on the floor and my two little girls are plopped right in the middle of them, each with a book or two in hand. It's generally quiet except for when Hadleigh decides to recite "Brown Bear Brown Bear" or "All Fall Down," tow of her all time favorite books. Sometimes Hadleigh likes to wake up SUPER early! Before I switched jobs, I was hardly getting any sleep so Tyson would get up with Hadleigh and sometimes they would snuggle on the couch together for a bit before we all woke up. This is what I found one morning. Hadleigh was wide awake but so content snuggling with Daddy that she was hardly moving. Tyson was fast asleep! 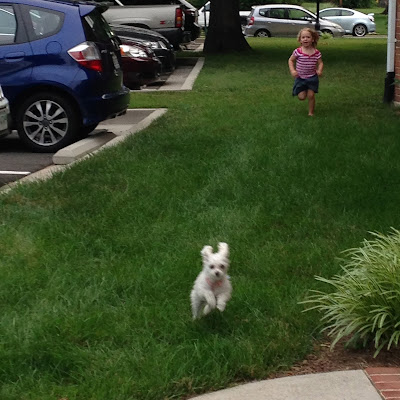 Our good friends moved to Greece recently and it broke Taryn's heart because that meant that Bella was going too. These two were kindred spirits and they loved each other. I loved that Taryn got her animal fill when we visited because sorry Taryn, we won't be getting any animals for our home. We'll just go and visit our friends/family who have them. 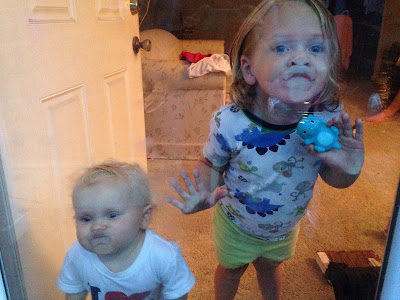 Sometimes when I leave for work at night, the girls come to the glass door and make faces at me while i pull away. It helps them say goodbye sans tears. I remember when my baby sister Brooke was really little and had a hard time saying goodbye when my Mom would run an errand and we babysat. So we taught Brooke to make funny faces as a distraction- and it totally worked! I still remember her making crazy faces at my mom as she pulled out of our drive way. I love that my kids do the same now. 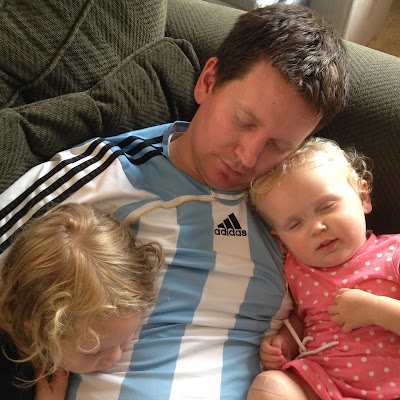 More snuggles- except Haddie was just faking. She just wanted in on the Daddy snuggles, where as Taryn was actually sleeping and Tyson was almost there too. 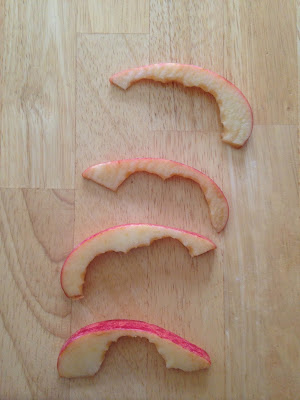 Proof that a four year old lives here. And that she doesn't like apple skins right at this moment. 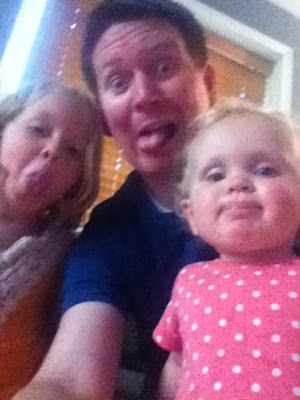 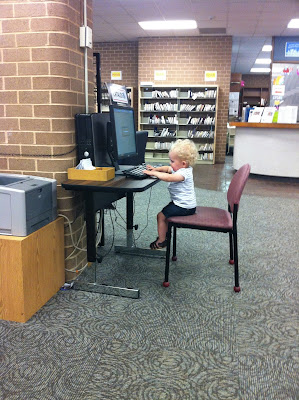 Library runs happen weekly and Hadleigh believes the computers are made just for her. 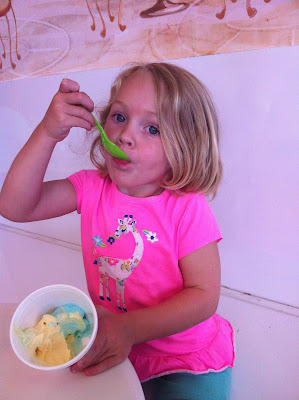 A little Sweet Frog frozen yogurt for a Daddy Daughter date. Taryn calls it "Froggy ice cream." Taryn loves spending one on one time with Tyson or I. She asks about when our next mommy daughter date will be and enjoys whatever activity we choose to do. She is such a sweet girl! 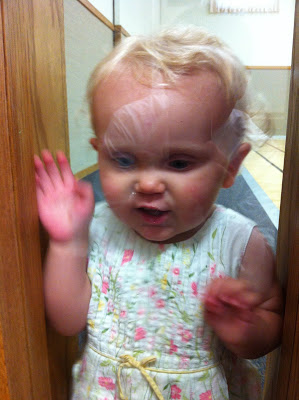 At church shenanigans.
We're working REALLY hard on getting Hadleigh through sacrament. She just wants to go straight to nursery which we're really not complaining about seeing as she had such a hard time going when she was 18-20 months old. Now, it's the easiest thing to get her to go and all she talks about before we leave for church- "turch" "nursee" "babies" "nack?" (Church, nursery, babies, snack- everything good about going to Nursery) but sitting through sacrament is another thing. We're slowly figuring out the best distractions for her and I'm thinking we are making good headway.