Keeping busy and having fun 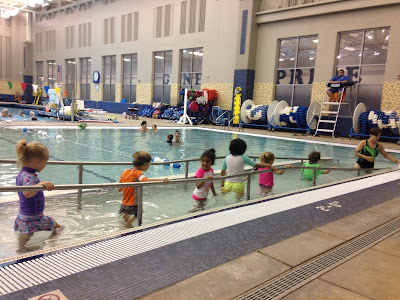 Taryn took swim lessons for two weeks in the middle of Summer. She loved it and was excited to move on up but we were wait listed for the next level. Never fear- Taryn proved that she can do it all on her own! Taryn taught herself how to swim just about 1-2 weeks after finishing class. She had watched her friend Logan swim so well and I'm convinced that his example is what helped her have the courage to get out and go. That and I accidentally forgot her puddle jumper when we went swimming at Logan's! We all got in the water and Taryn said, "Mom! look at me go under the water!" (in the shallow end where she could stand- she loves to hold her breath under water) She went under water and then swam forward!!!!!! I told her when she resurfaced, "Taryn!!! You just swam!!!!" and she responded, "I did??" It was awesome! There was no stopping her after that! She tried swimming out further in the pool (little by little) and she loves it. She requested goggles so next summer she will be a goggle wearing swimmer!
It's tough to live in a city where pools are scarce and where my kids (only Hadleigh now) think that "swimming" means going to the spray park. I think about their cousins back in Arizona and Utah that have lots of  pool exposure and how they start swimming at age 2! I can't help but feel like my girls are behind on swimming but I have to remind myself that it's all situational and we teach them what we can when we can. I am SO glad that Taryn knows how to swim now though it doesn't mean I watch her less at all (as Tyson and I discussed with this new found "freedom") We've learned from our days in Arizona that you can never be too cautious in the water even with experienced swimmers. 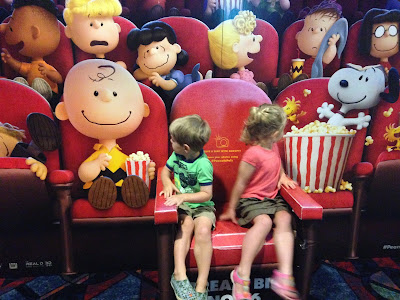 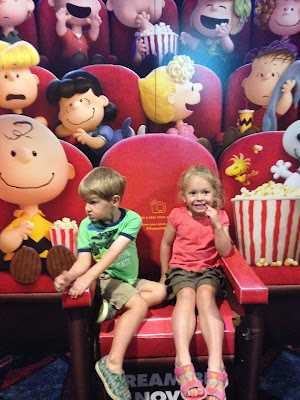 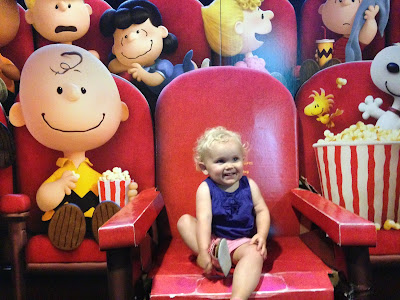 Its really fun to have the $1.00 movie option on super hot days or muggy rainy days. Fortuatley, we've only had to do this once all summer because the weather has been pretty terrific except one really really hot week where we barely went outside (ha!- can you believe that AZ family?!- yes, we are now wimps!) Hadleigh did so well in the theater. I was shocked! But then again, Rio 2 was pretty fun and entertaining. 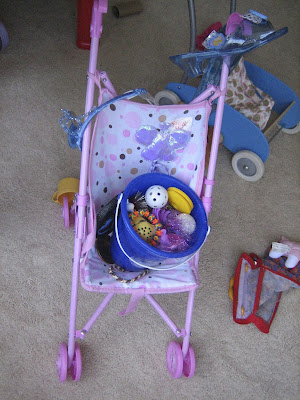 Sometimes Taryn asks me to take pictures of her creations :) 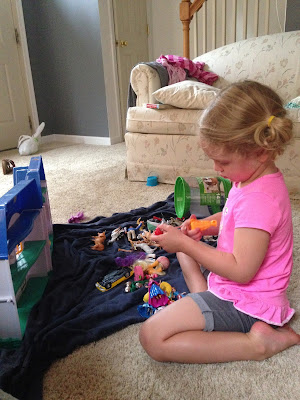 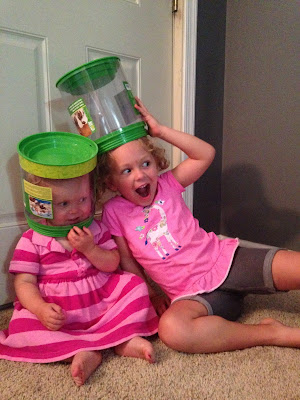 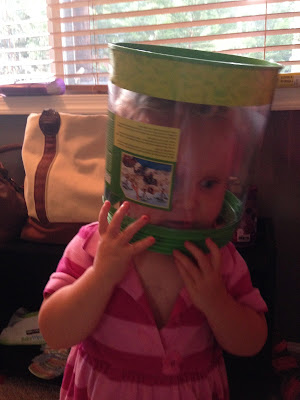 But it's not so fun when you put a bucket on your own head to be funny and then realize it's stuck. It took me about 5 minutes to figure out the trick to getting this off. A good head position and a little tug pulls it off! Because, she thinks it's hilarious to do over and over again until it's time to take it off.
Posted by Brianna at 9:12 AM