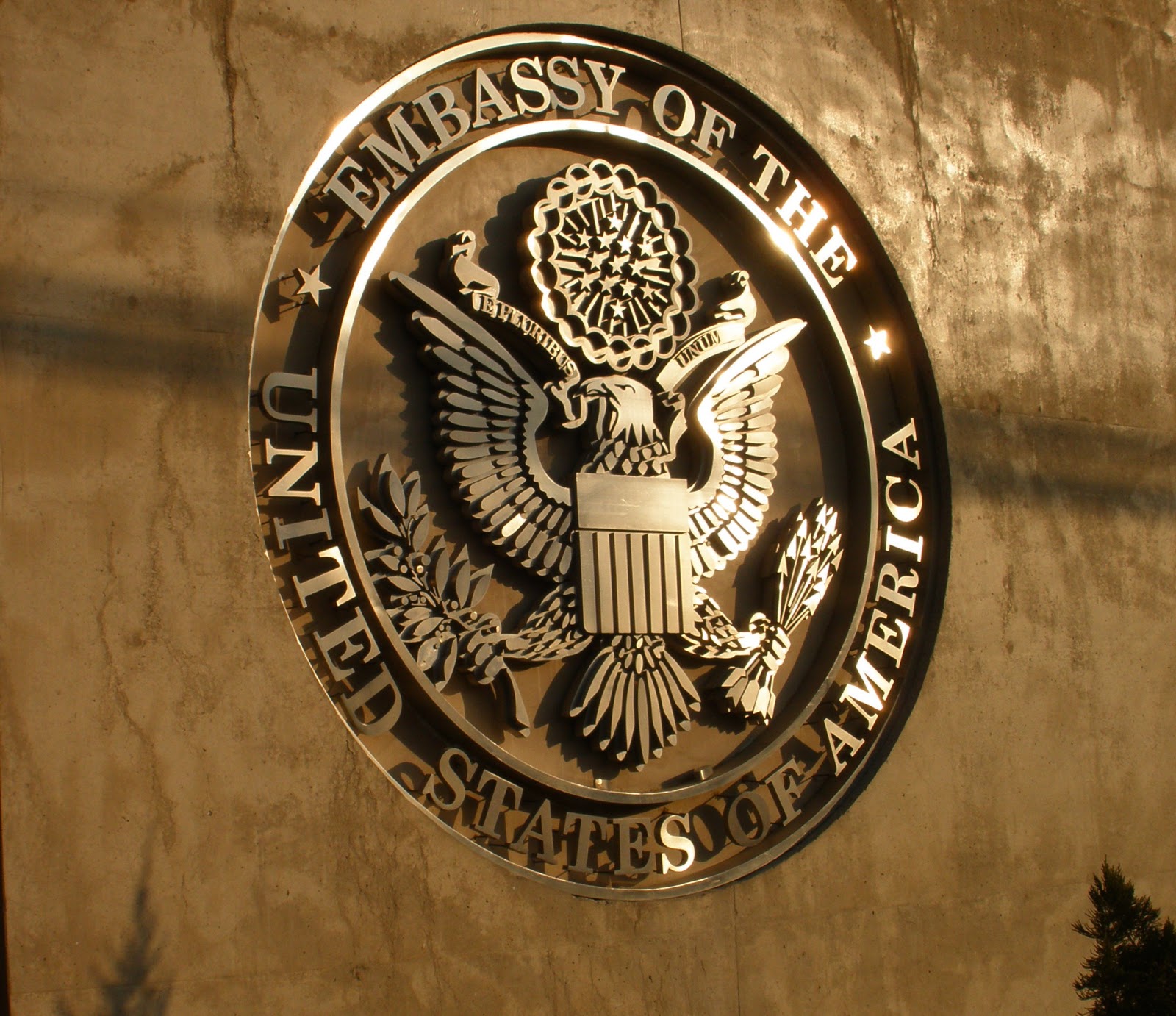 US embassy
The group met with David Dollar, an economist that
works at the U.S. Embassy in Beijing.  Visiting the Embassy was
really exciting for Tyson.  The security was the most intense that they had
experienced.  Up to this point, they were able to take pictures with all of their speakers
but after this meeting with him, the group realized that
they couldn't get a picture because they all had to leave their cameras at
the first security check. 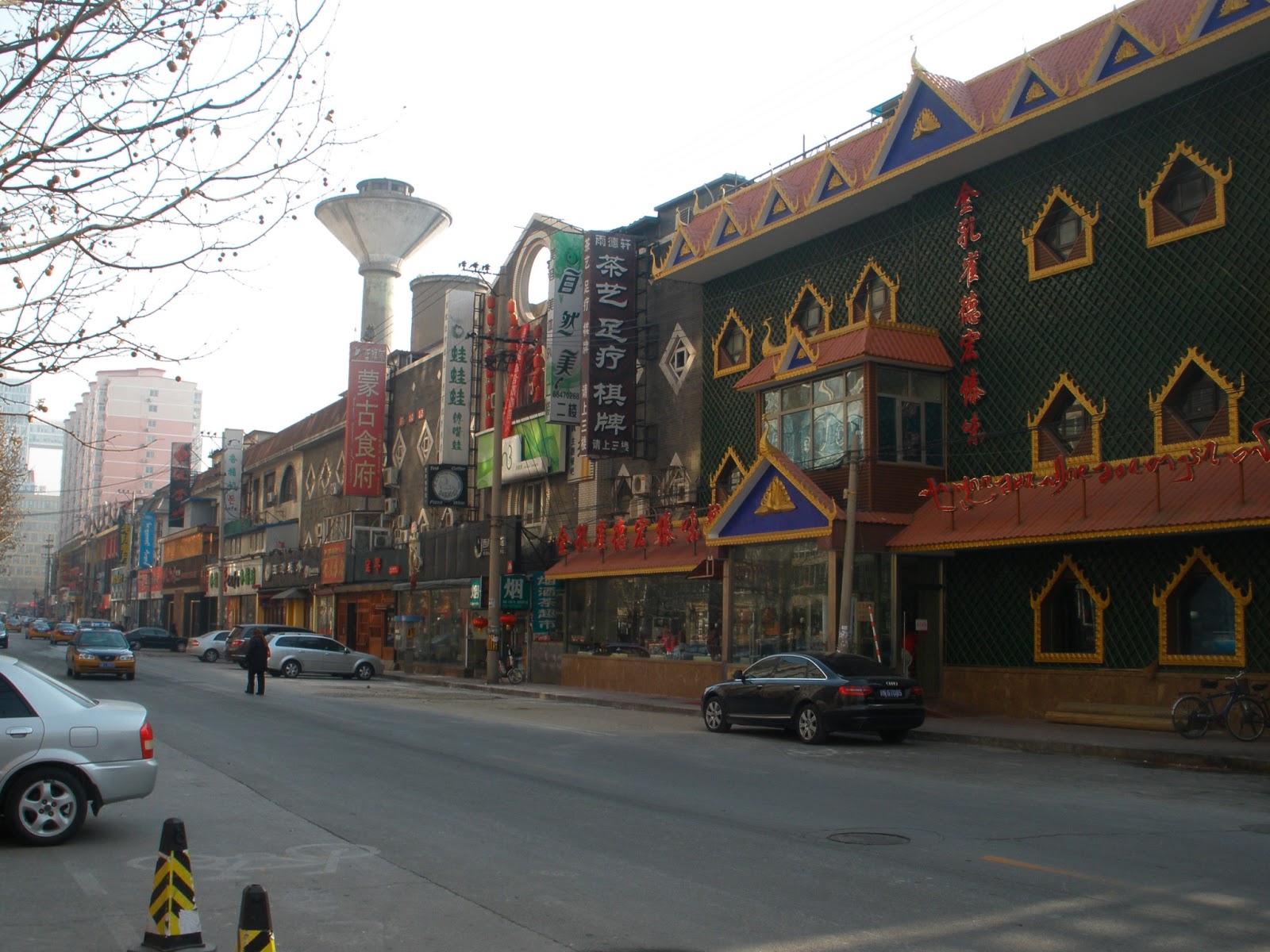 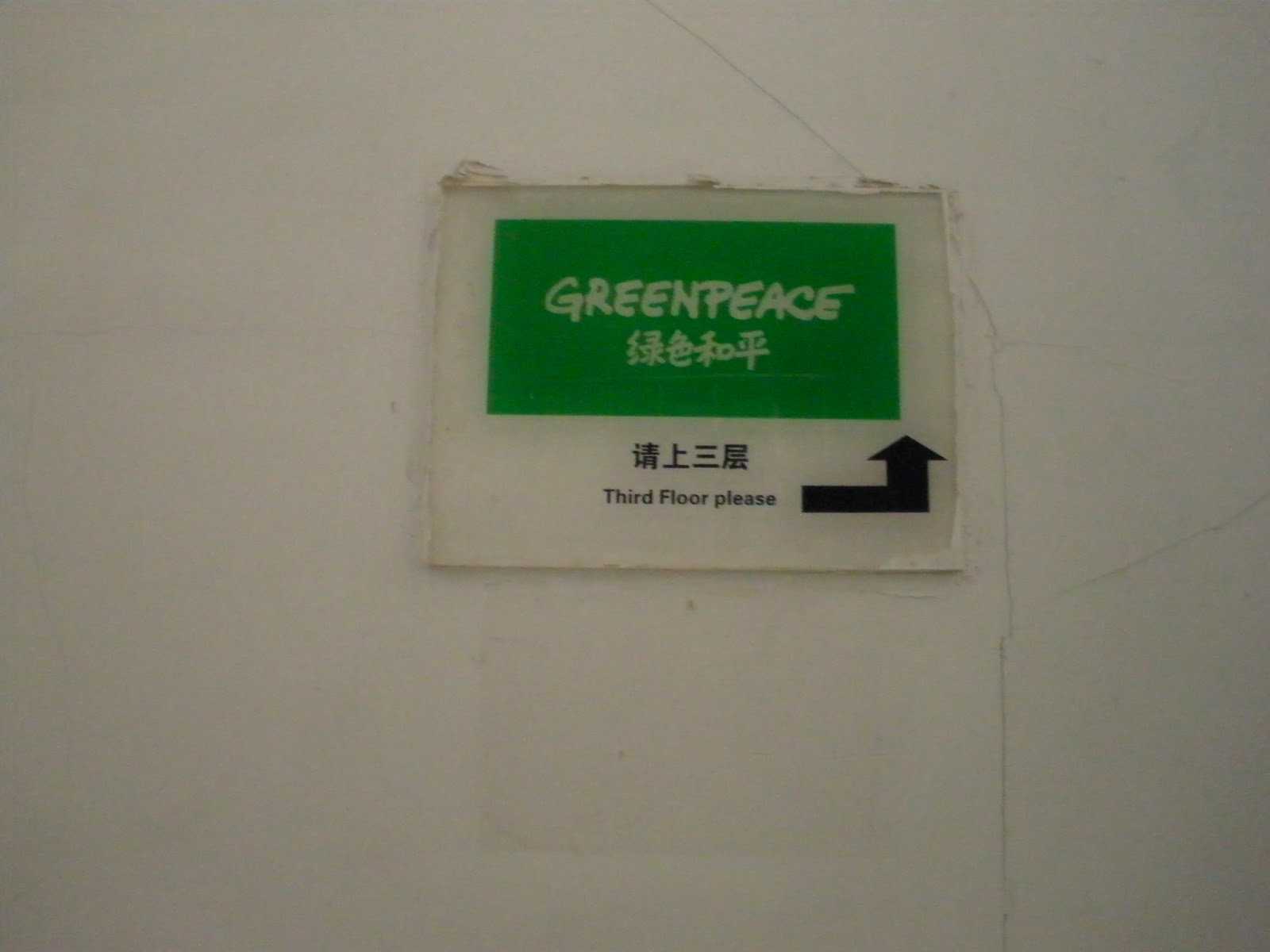 During their duration of time in Shanghai and Beijing, the news reported about the very hazardous pollution levels Beijing had been having earlier this week. Tyson thought it was so great that during their meeting with GreenPeace, thet were given free face masks (that met "US standards") for them to wear.
It was a very interesting meeting and they were able to tour their offices and speak with a
SAIS Alum who graduated from the Nanjing campus.

All of these meetings made Tyson so excited for his class this semester on U.S. China Relations. 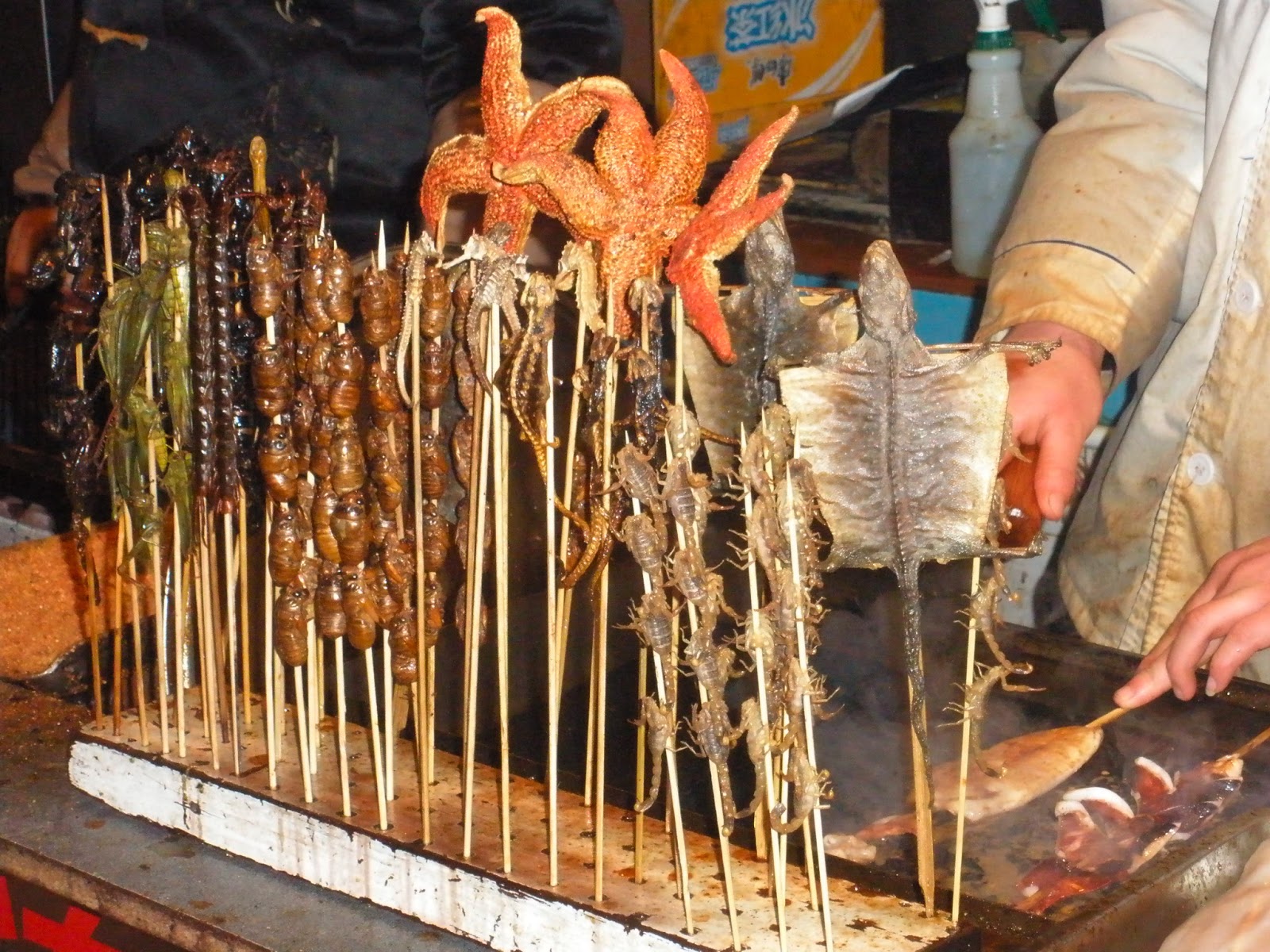 Cockroaches, scorpions, grasshoppers, star fish, lizards, and bats.
Yumm.....tasty :)
The plan was to try donkey meat that night, but timing was off and meetings went long. Tyson was sad that he didn't get to try it, especially because others had said it was amazing. Next time Tyson- with your wife :) 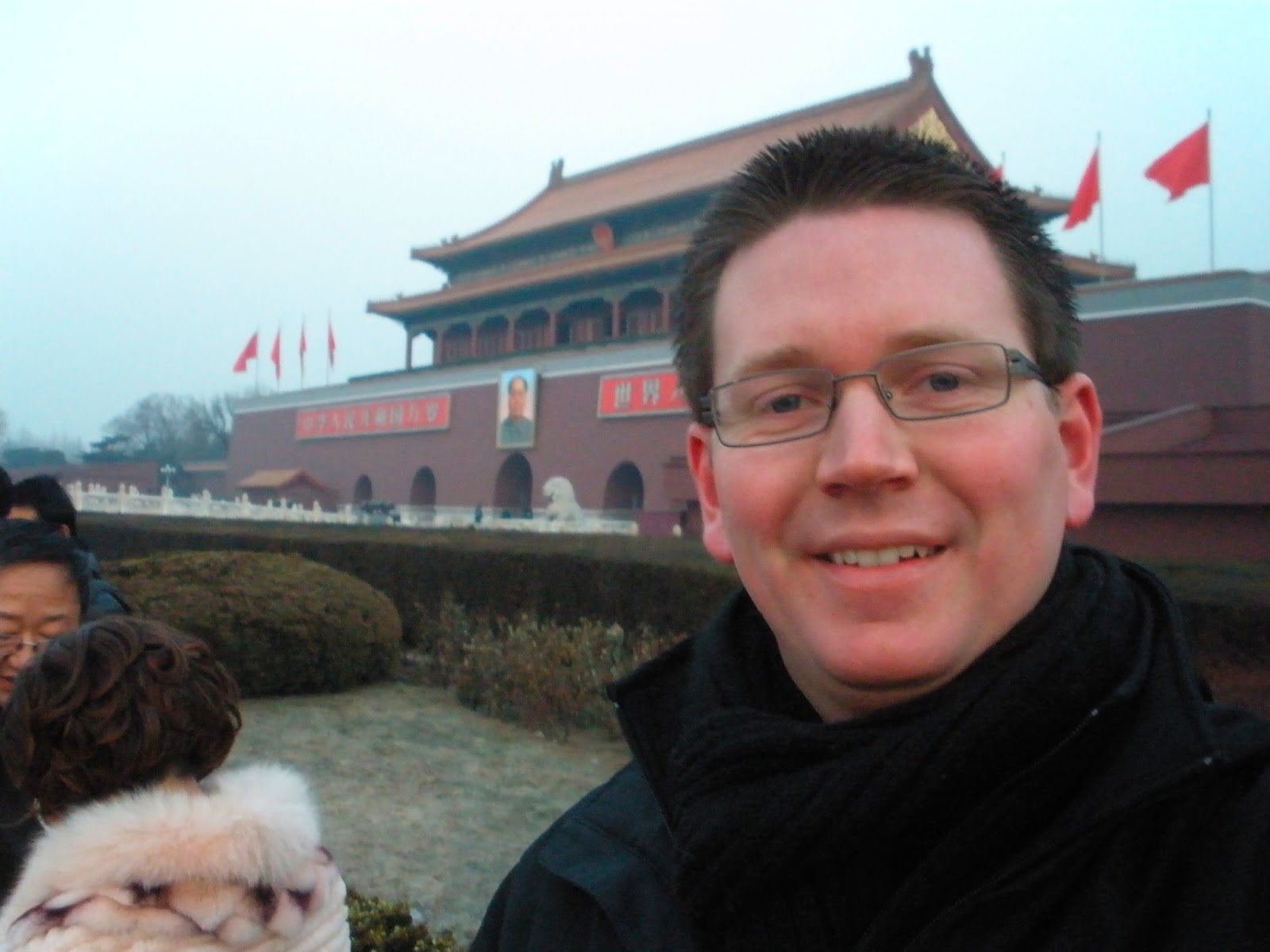 The next day, the group had planned on waking up very early one morning to see the Guards raise the flag in front of the Forbidden City. Many people arrive every morning to watch and there is music  played in the whole square. But when no one woke up in time for it, Tyson decided to go see it by himself. I am always super impressed with his navigational skills.Tyson also said that during the many times he walked both cities by himself, he never once felt scared. Some people from his group whom have lived in China before said they felt completely safe the entire time they lived there. 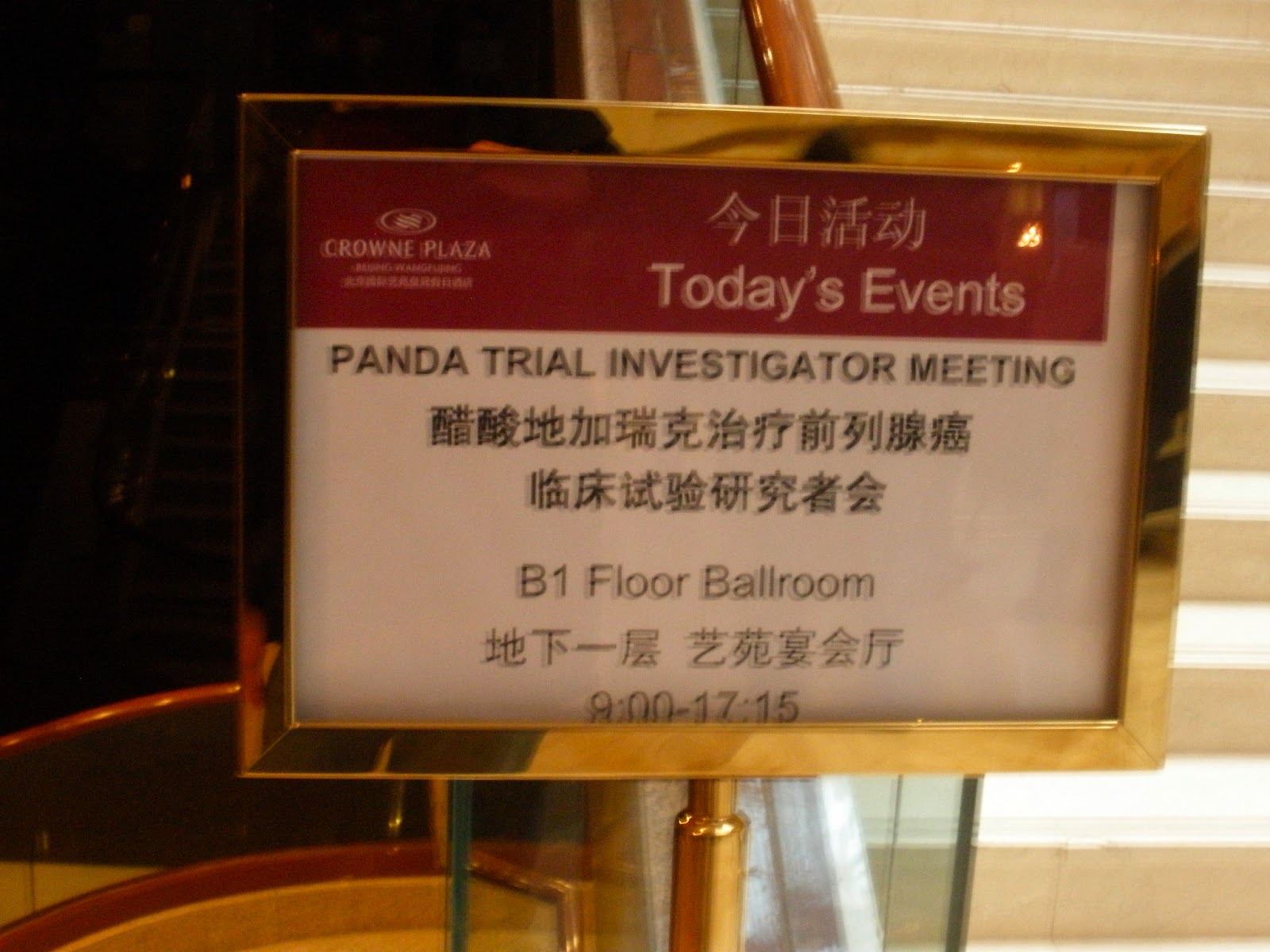 A sign in the lobby of the Hotel Tyson was staying at.
"Panda Trial Investigation Meeting"