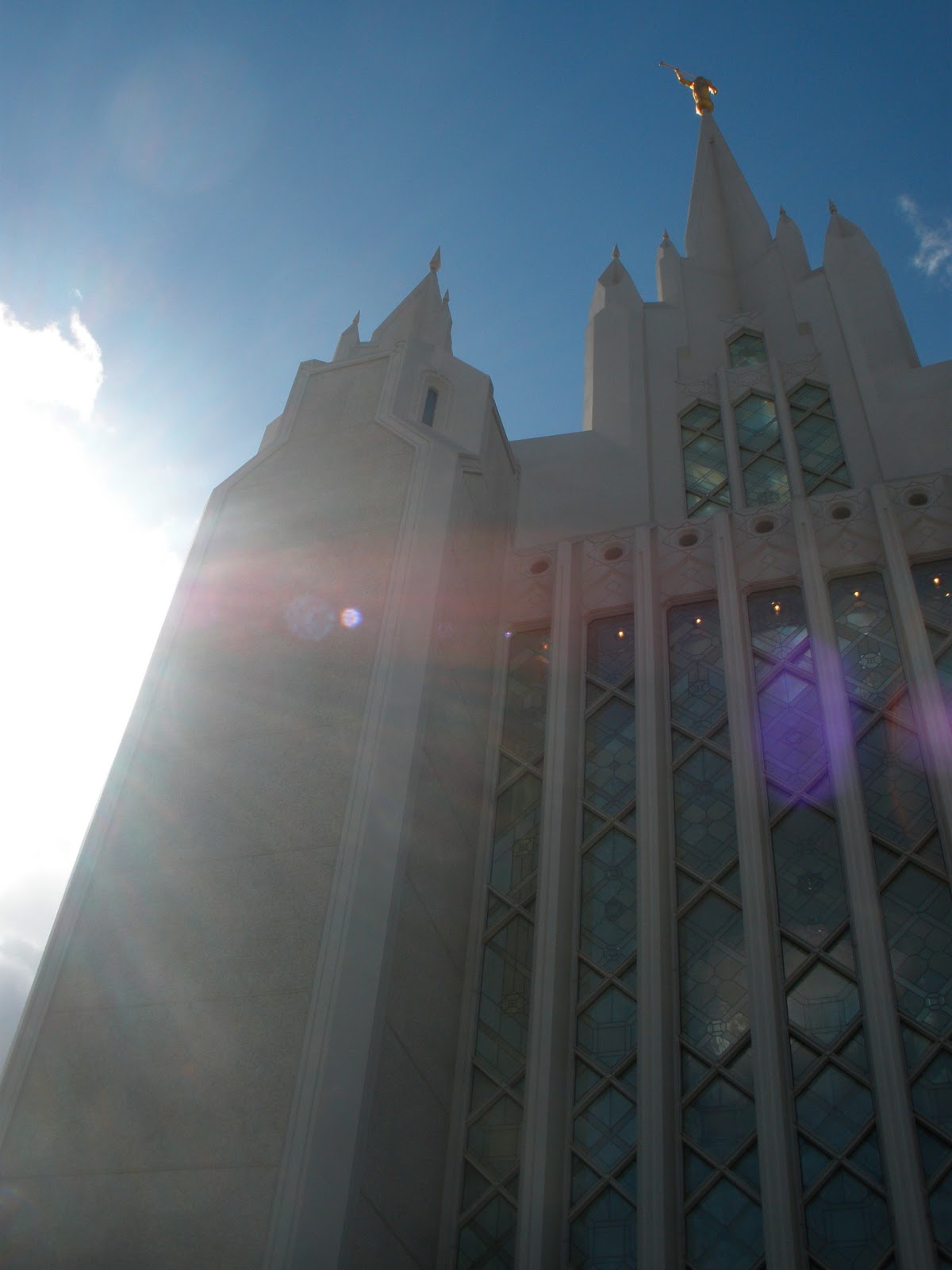 We arrived at the temple early Saturday morning and were able to watch Brittany and Seth be sealed in The Church of  Jesus Christ of Latter Day Saints San Diego Temple. Brittany and Seth have both waited a long time to find each other and it was a beautiful ceremony. 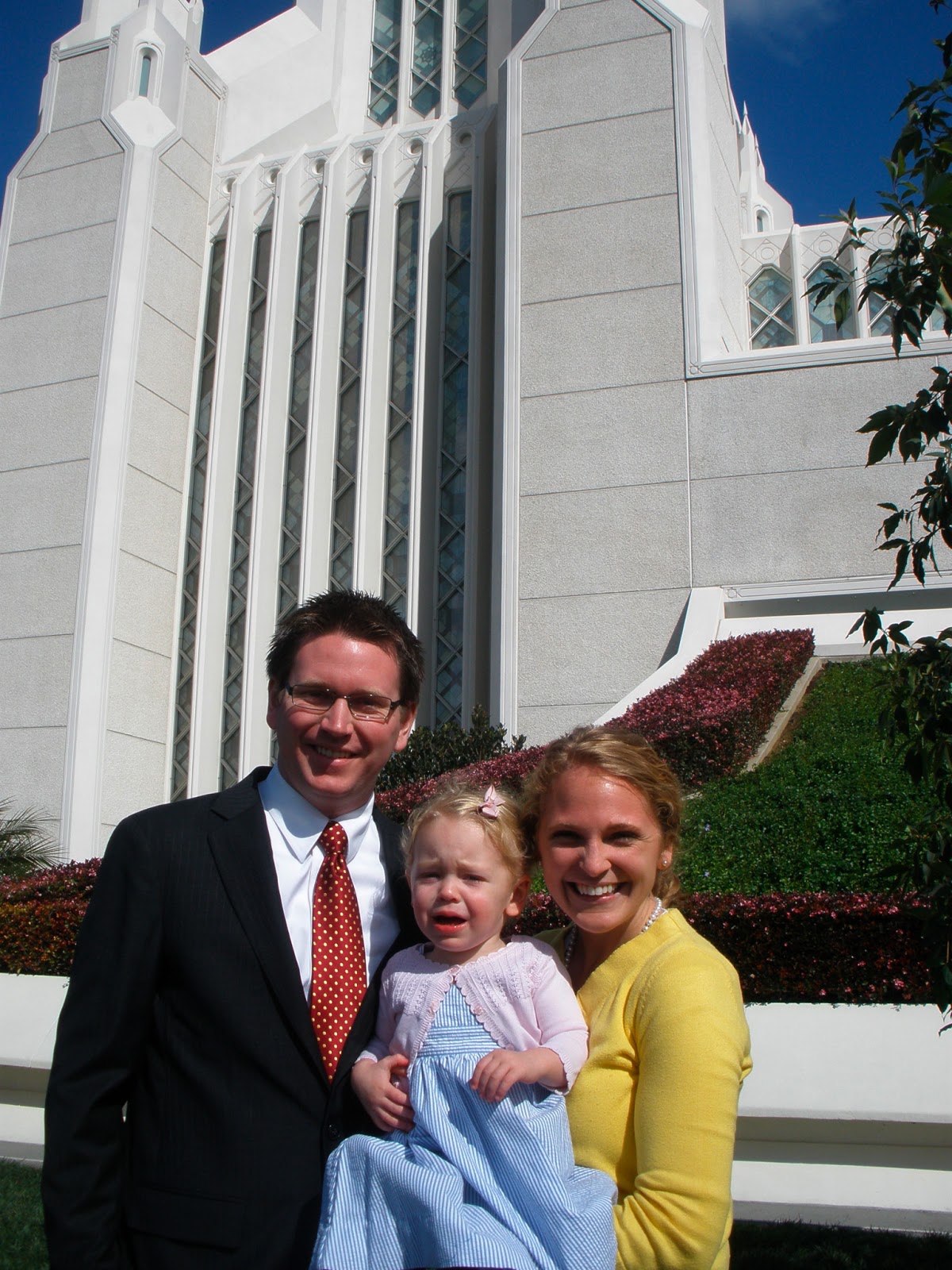 Maybe it was just too cold for Taryn, but she was so sad after we came out of the temple and got her. She had been playing with her cousins outside on the temple grounds and was perfectly fine. Maybe it was all the picture taking. We quickly gave up trying to pose pictures with her. We also tried to get pictures without our big coats on.. burr! 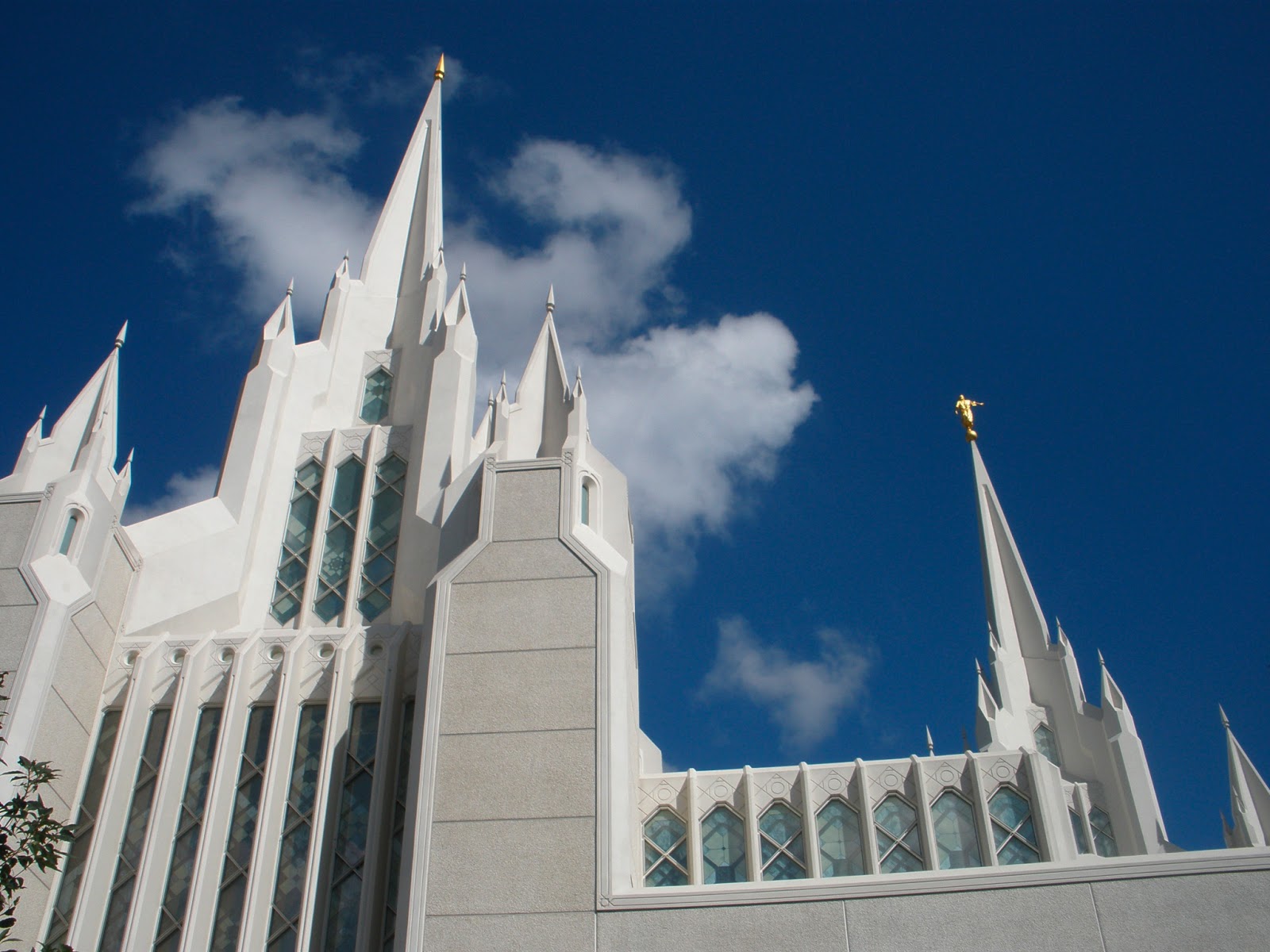 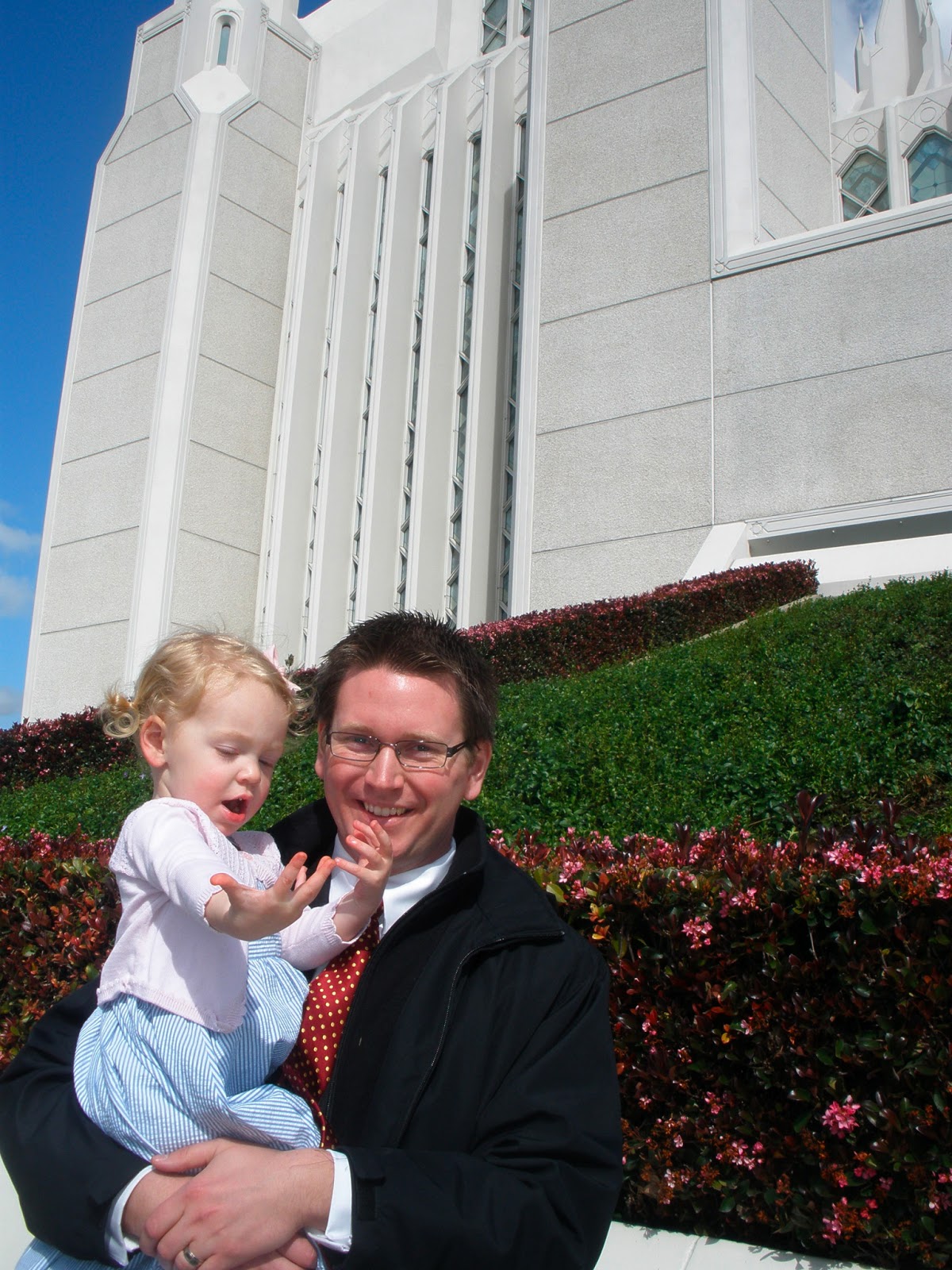 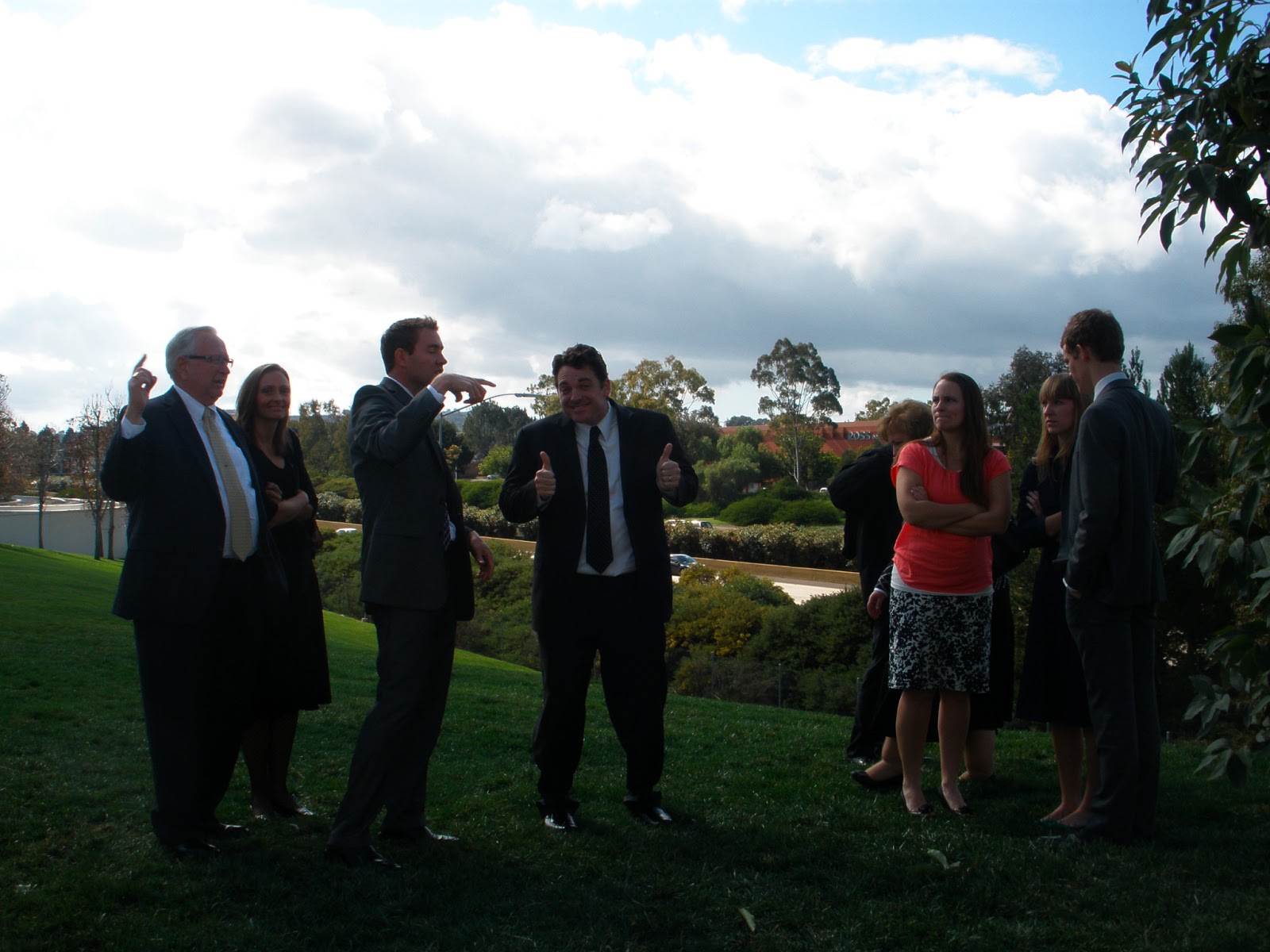 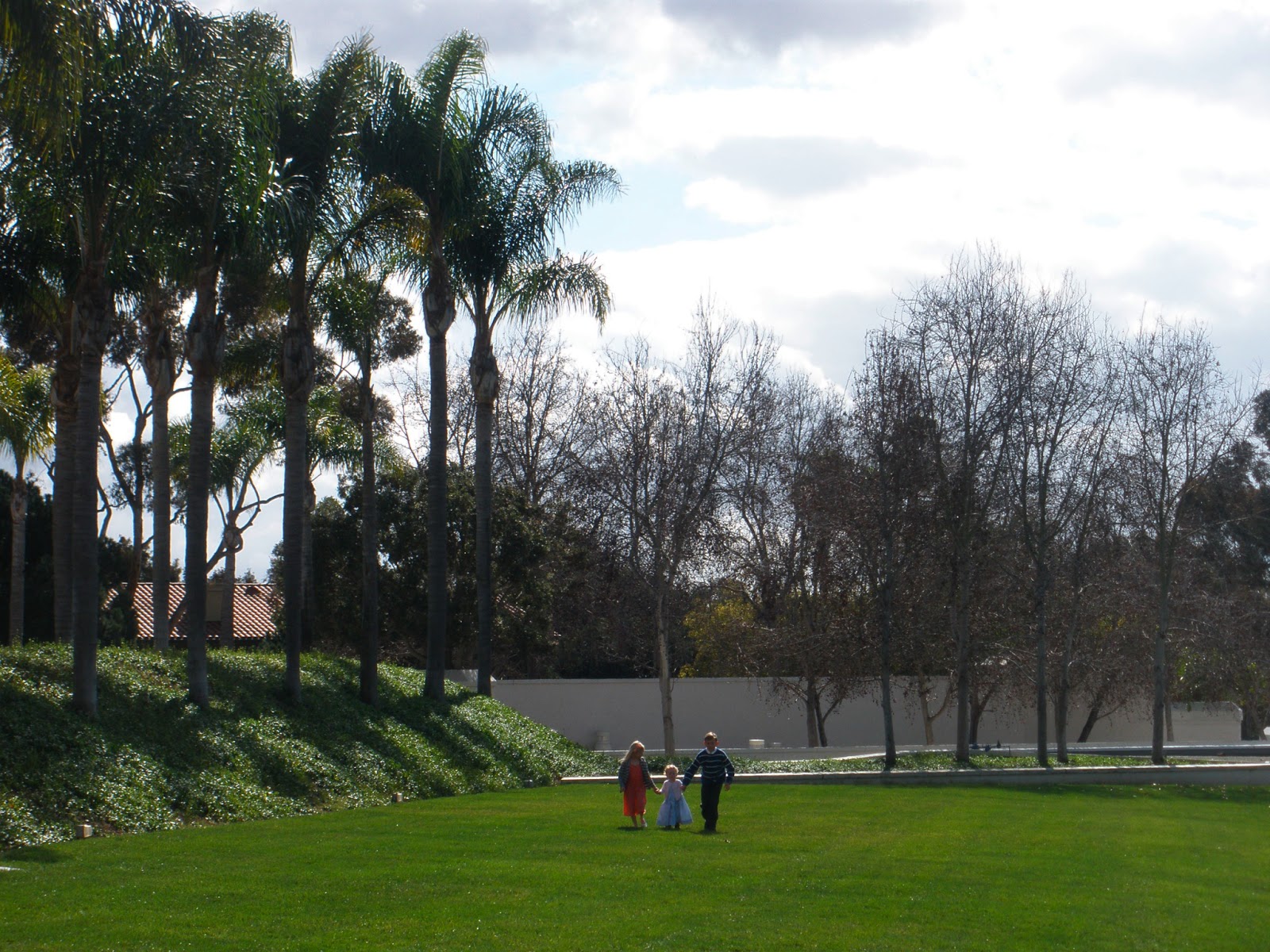 Nataleigh, Taryn, and Ethan  running on the lawns.
Taryn loves her cousins and can be seen following them all around, playing with them and throughout the wedding- dancing with them. She is constantly asking to see Nata-wee, Efen, Quincee, Berk-wee, Merr wick (Jacob & Oliver stayed in St. George during the busy weekend) even weeks later. 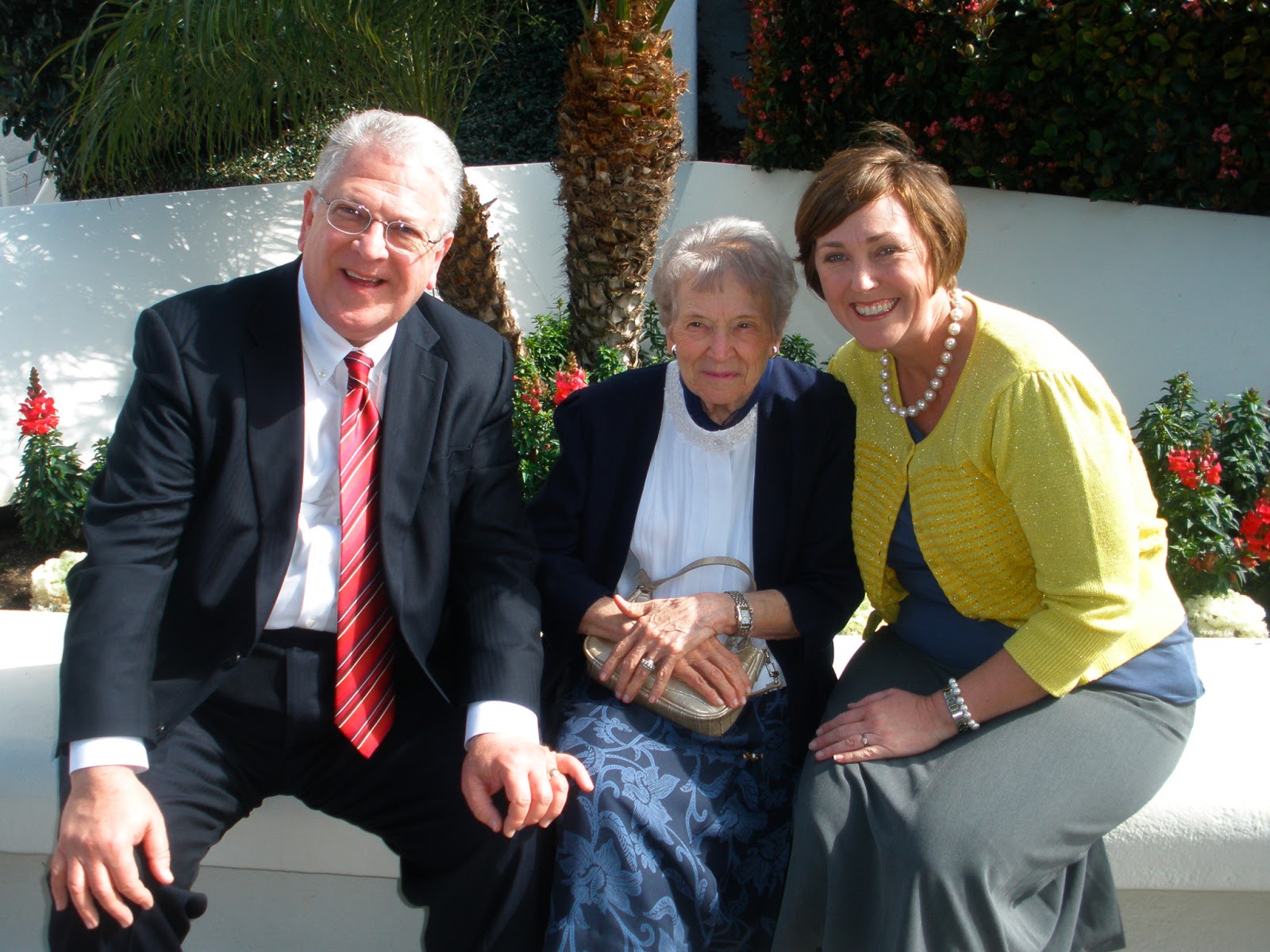 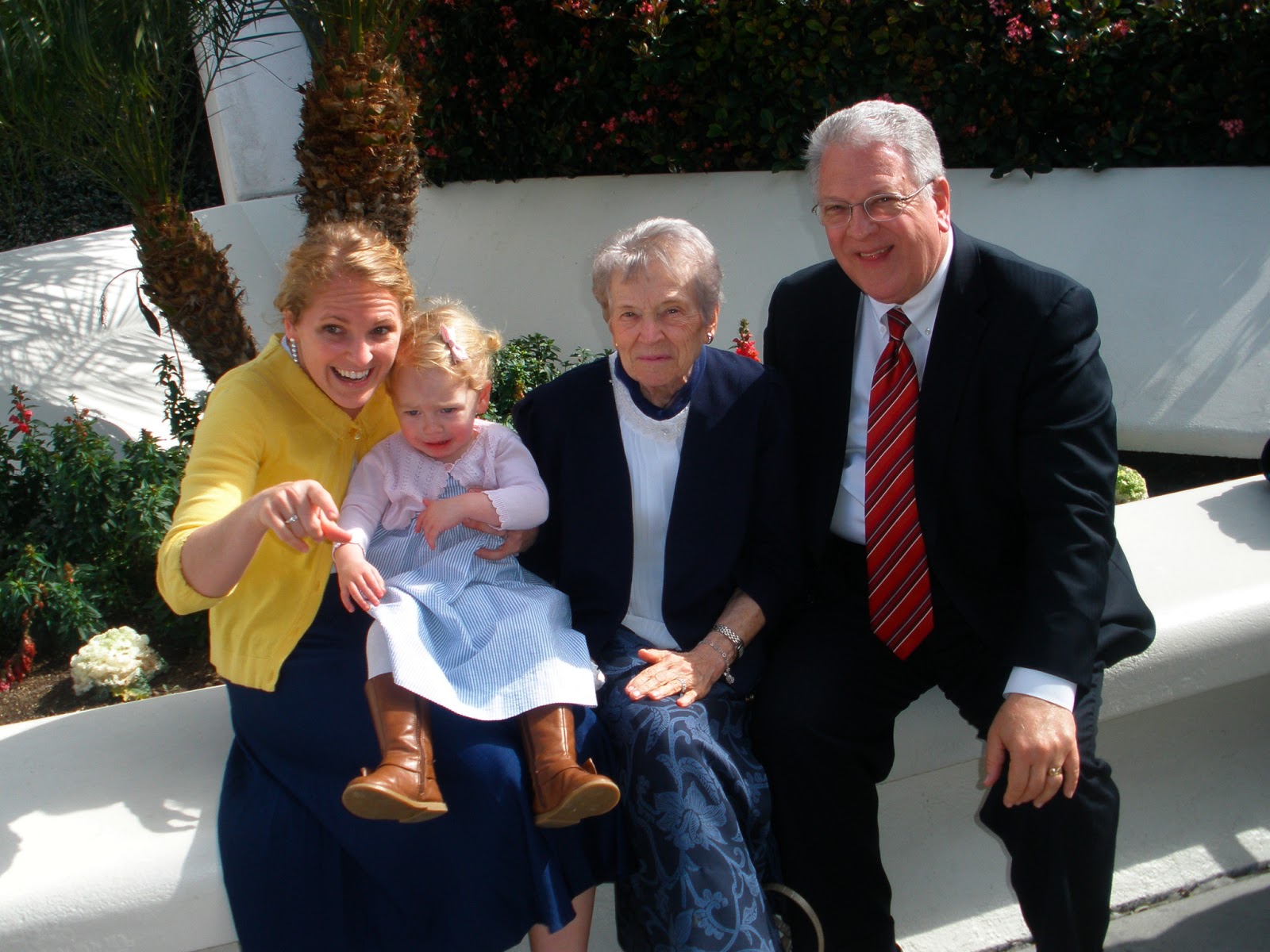 Our attempt to take a four generation photo.
Taryn wouldn't have it.
The day before was the first time that Taryn had met her Great Grandmother Scott. My grandma Scott is the only living grandparent on both Tyson's & my side.  I had told Tyson that we were going to have to make a special trip to Utah (where she lives) so that Taryn could meet her. But instead, Brittany planned a wedding and we came to California and so did my Grandmother. 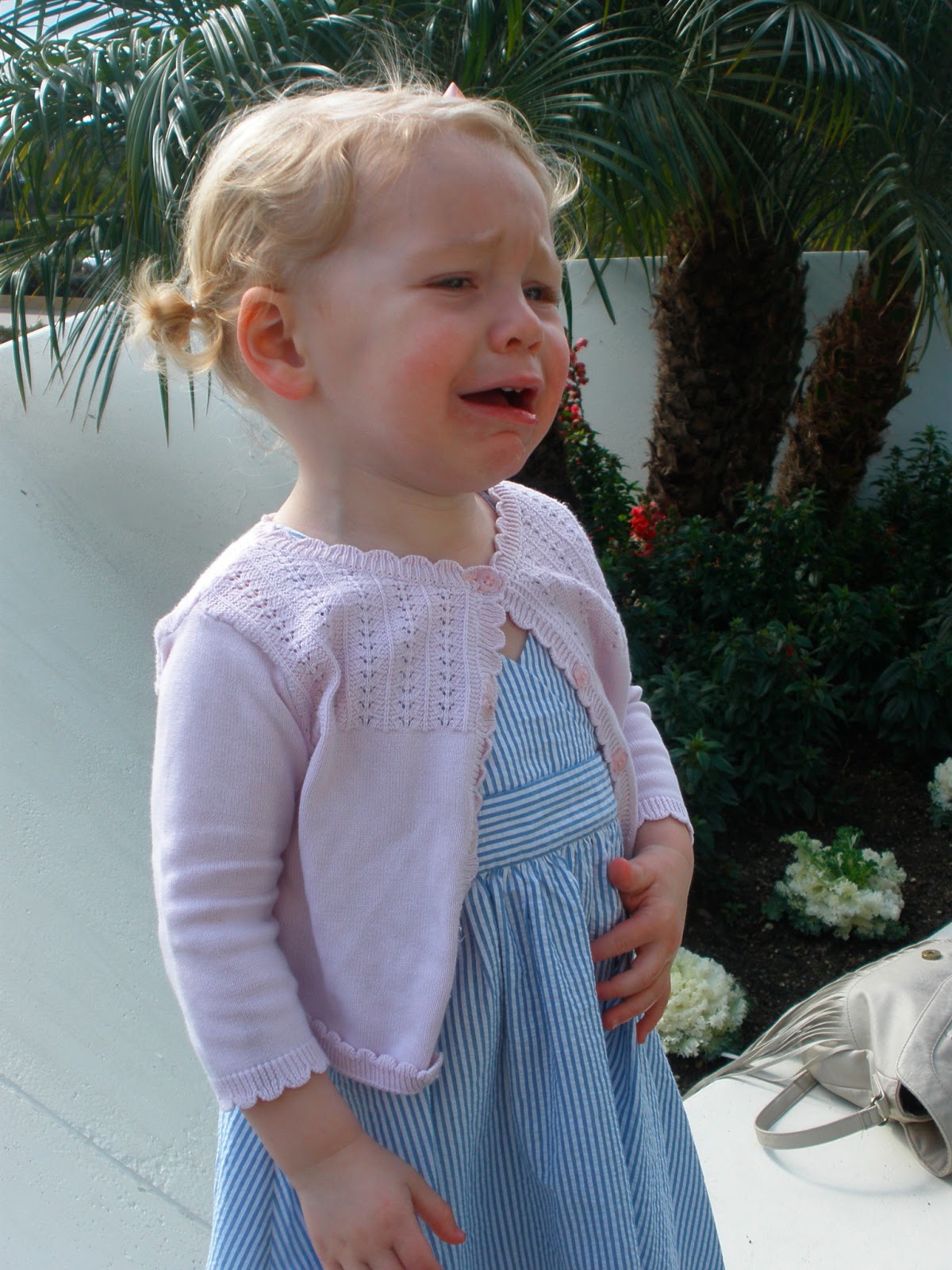 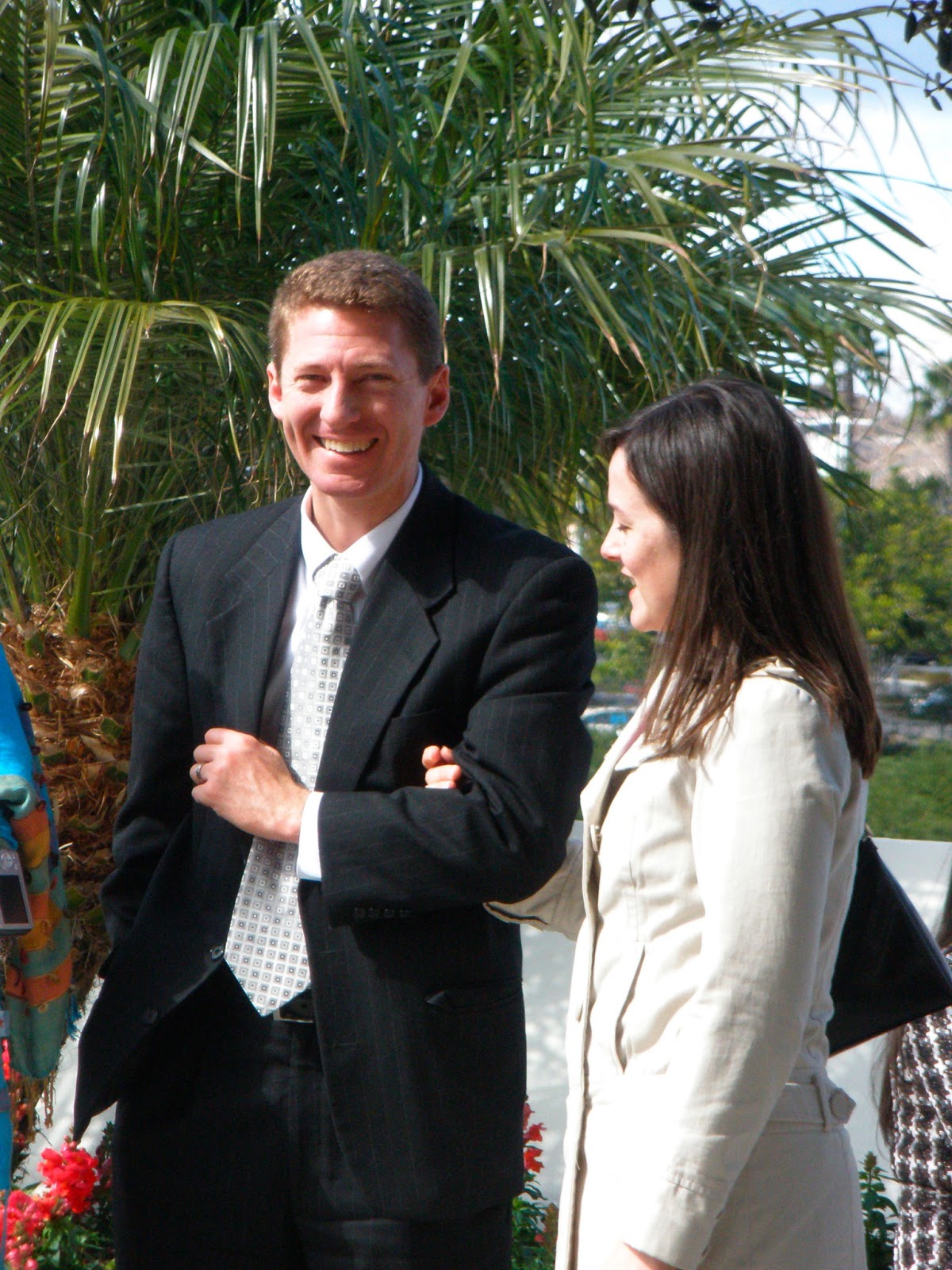 My brother Cameron and his wife Jana.
I love that we were married only three weeks apart.
(And I have no idea how my family survived those couple of months of weddings!!) 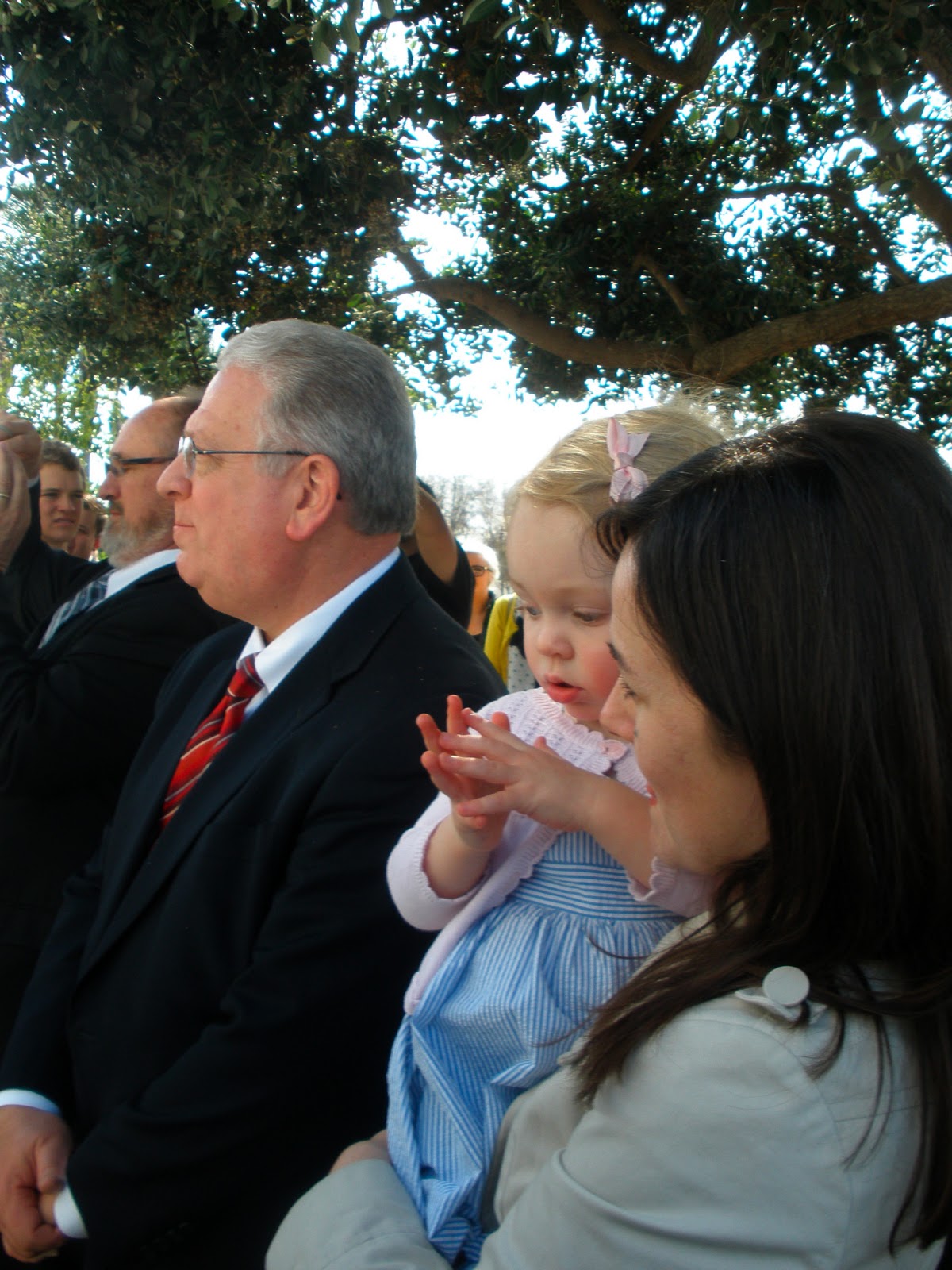 So do you want to know that one thing that made Taryn happy? Telling her that she would get to see Brittany and Seth.... 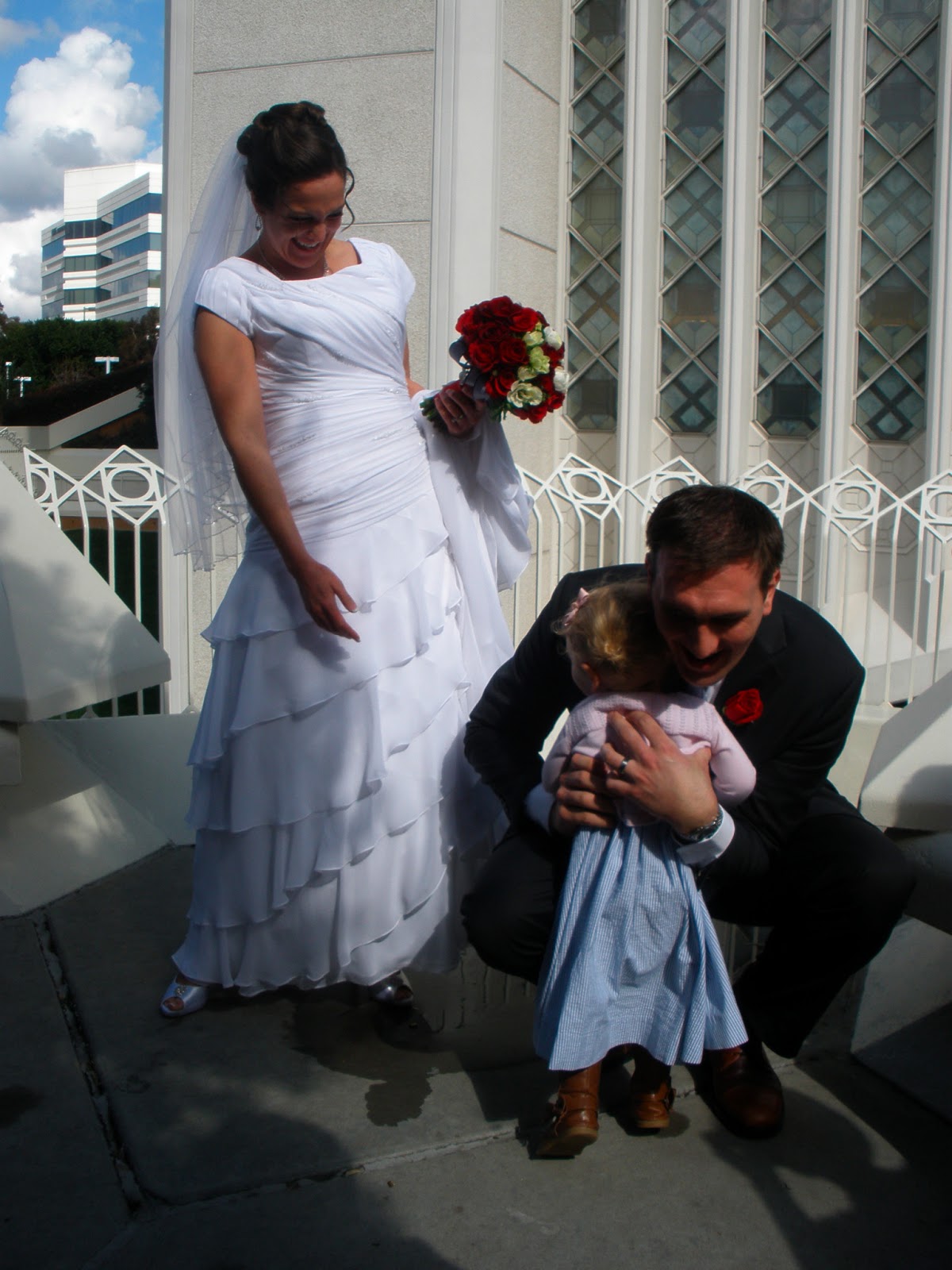 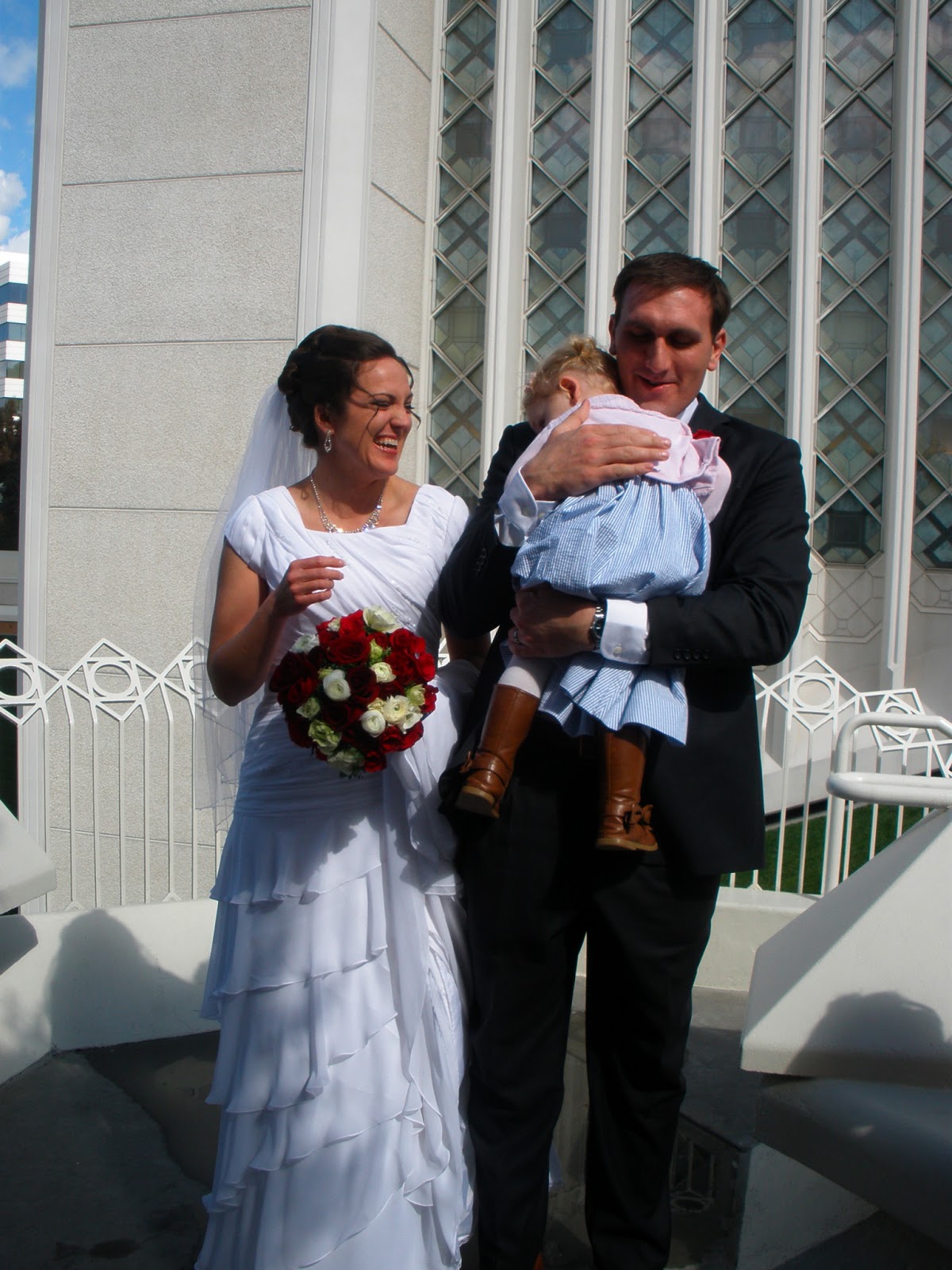 And there you have one super happy baby girl. Taryn LOVES Seth and Brittany. They have really developed a wonderful relationship over these past few months of Brittany moving out to D.C. and courting Seth. She asks to see them ALL the time. This was such a precious moment! 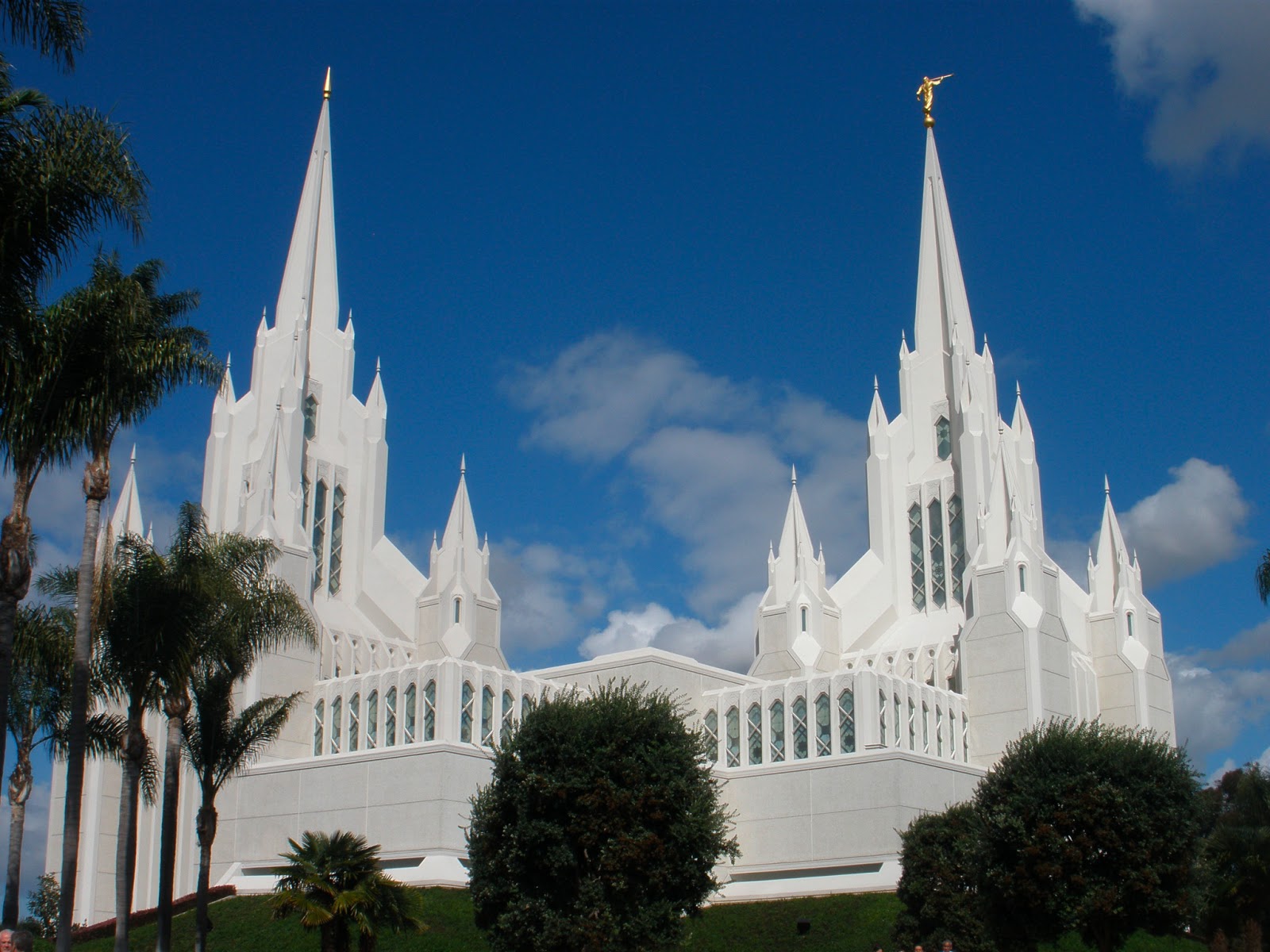 Isn't this such a beautiful place! And the day was beautiful!
It was cold but when the sun came out through the clouds it was perfect. 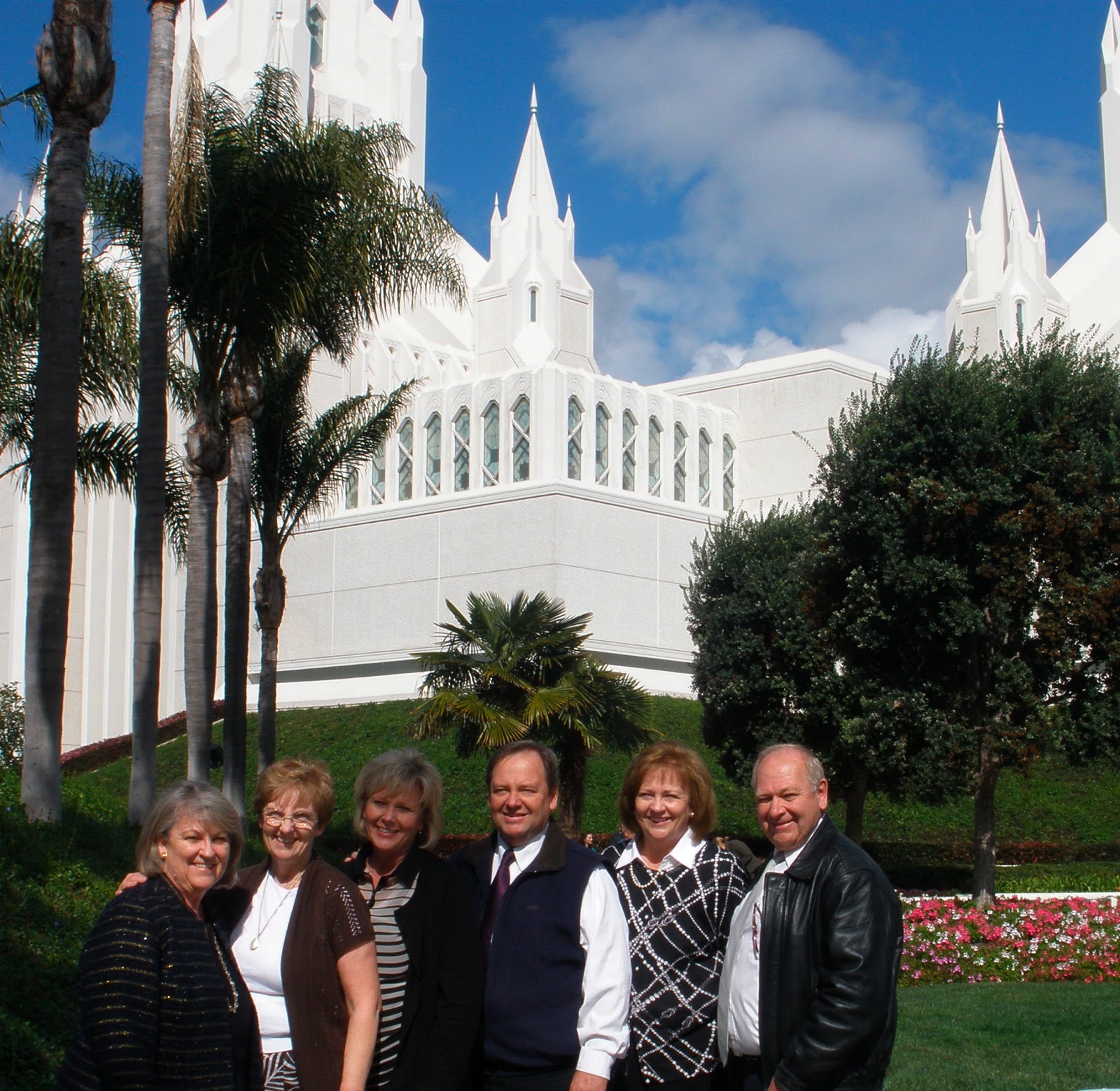 My mom (far left) had all of her siblings there to celebrate Brittany's wedding. How cool is that!
Posted by Brianna at 10:55 AM