Tyson's Dad knew where the Latter Day Saints met on Sundays for their church meetings so Tyson was able to go to  all three hours of church. The front desk was able to get him a cab and write the address of the building in Chinese for the driver.  It wasn't too much of a headache at all, thanks to his dad.  It was a branch comparable in size to our ward in Bologna, but made up of all expats.
After church, Tyson caught a cab and gave the driver his room card to the hotel because it also had the address in Chinese on it.  His group had already left for the Forbidden City so he hurried and changed and thought that he would be able to catch up. 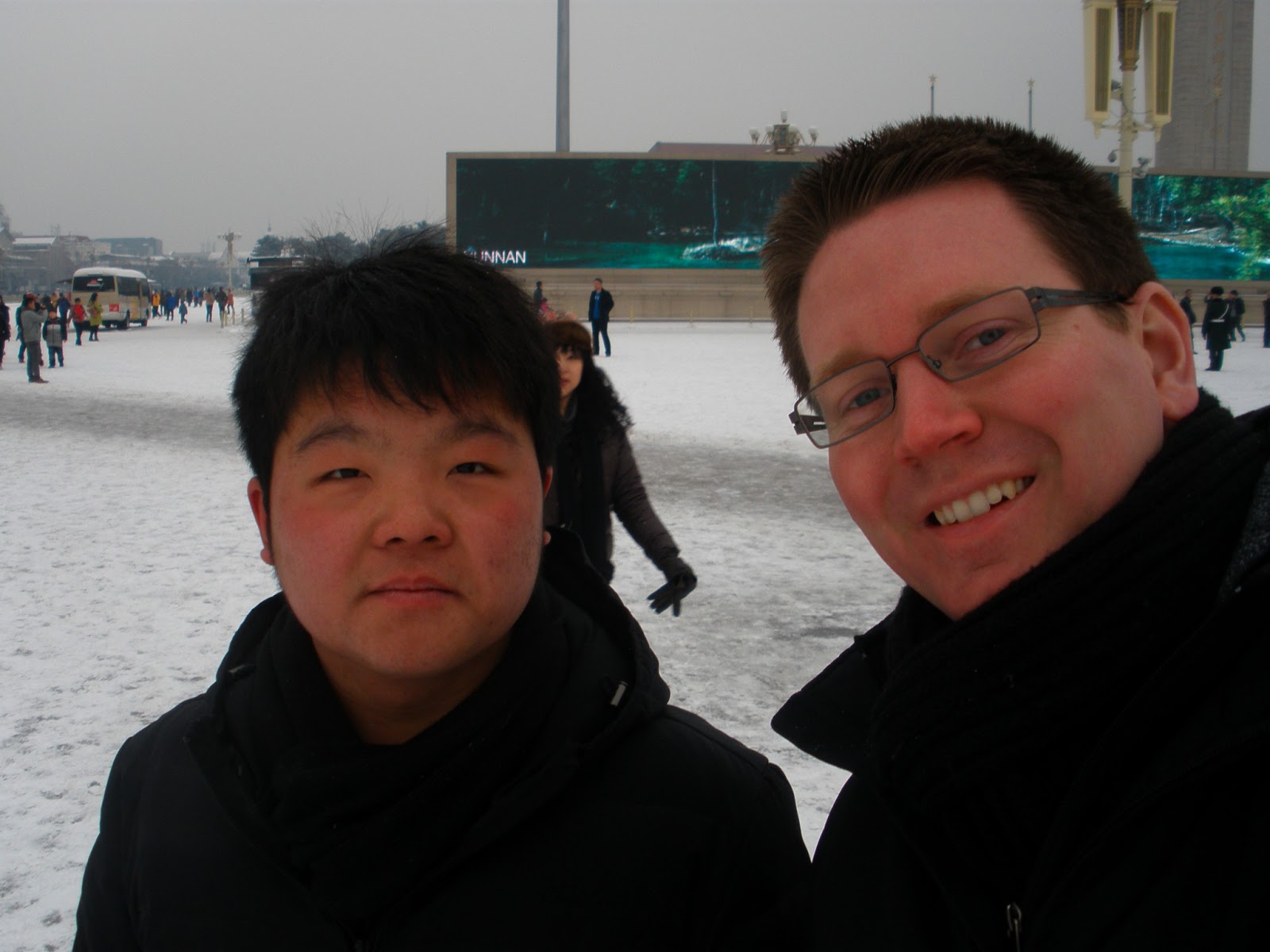 Beau Ming ( I know the spelling isn't right but that's all I can do!) a special friend Tyson met in the Forbidden City. He saw that Tyson was American and took the opportunity to practice his English a bit with Tyson.

Tyson got to the Forbidden City and quickly realized that he would probably not ever see his group. It was huge. It was snowing so he bought a hot chocolate and walked around the Forbidden City by myself for a couple of hours and never ran into his group (how cool does that sound to go at your own pace in such an amazing place!) Tyson said it didn't bother him not catching up with the group because it was a peaceful day to walk around. 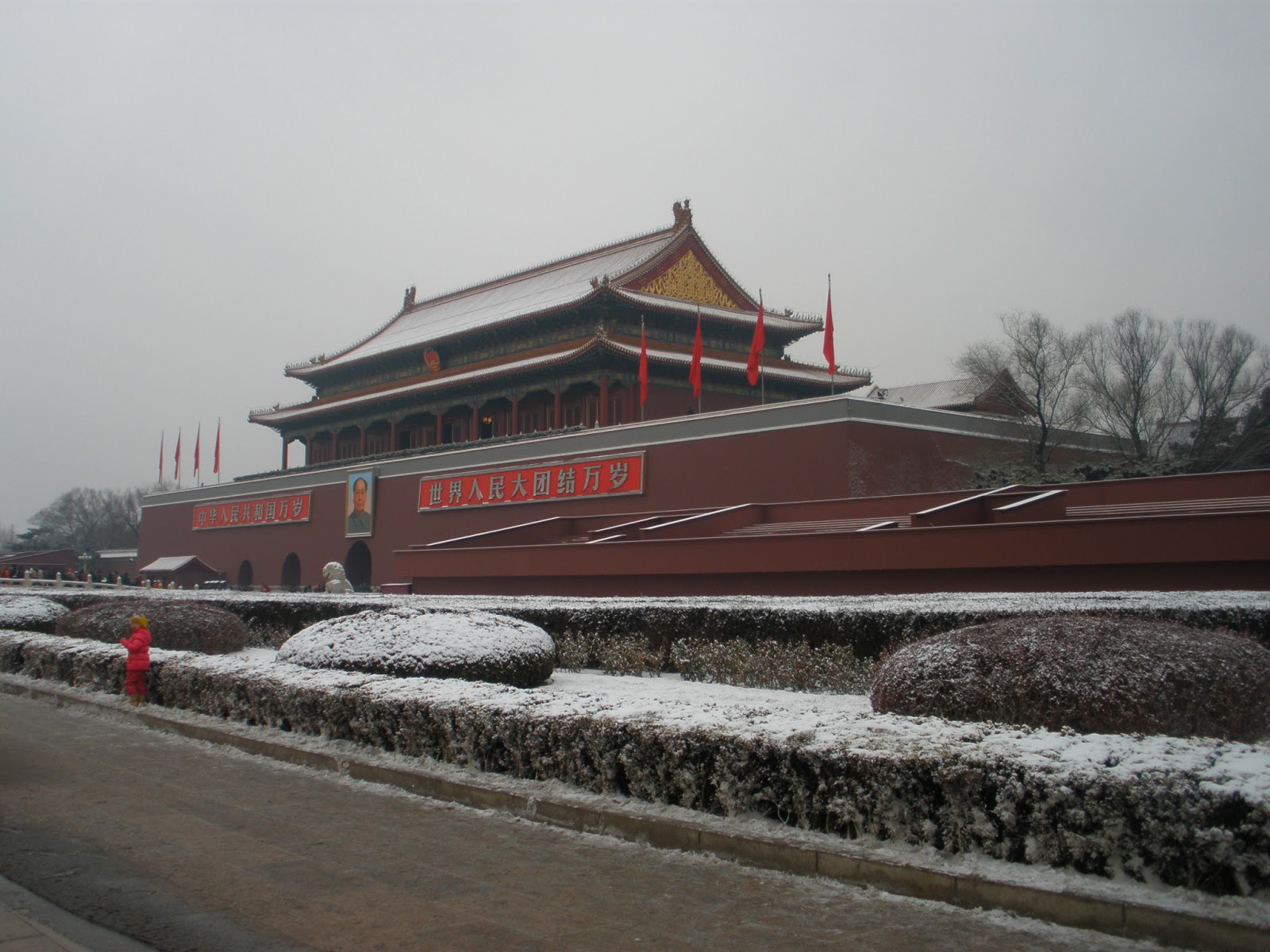 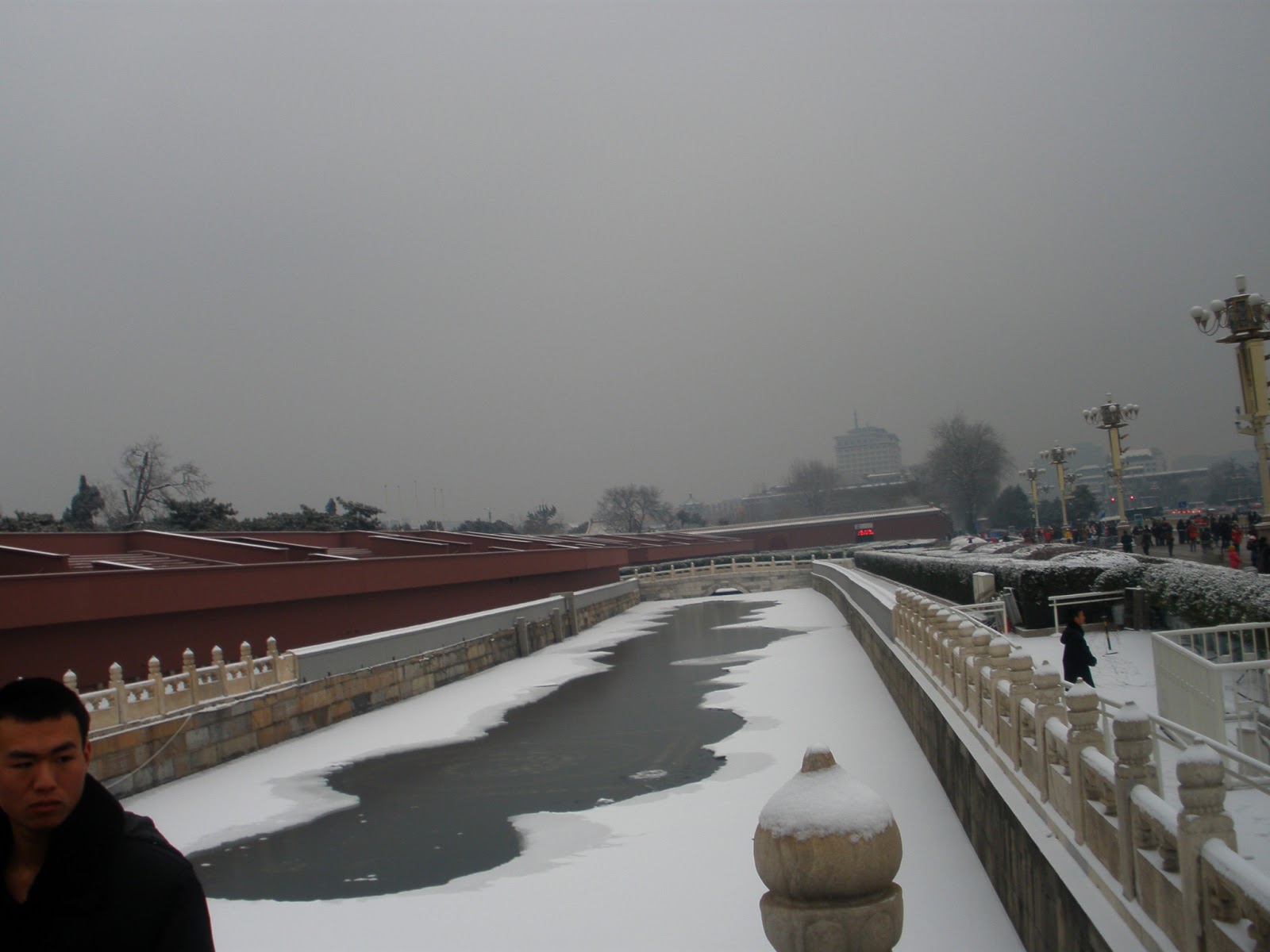 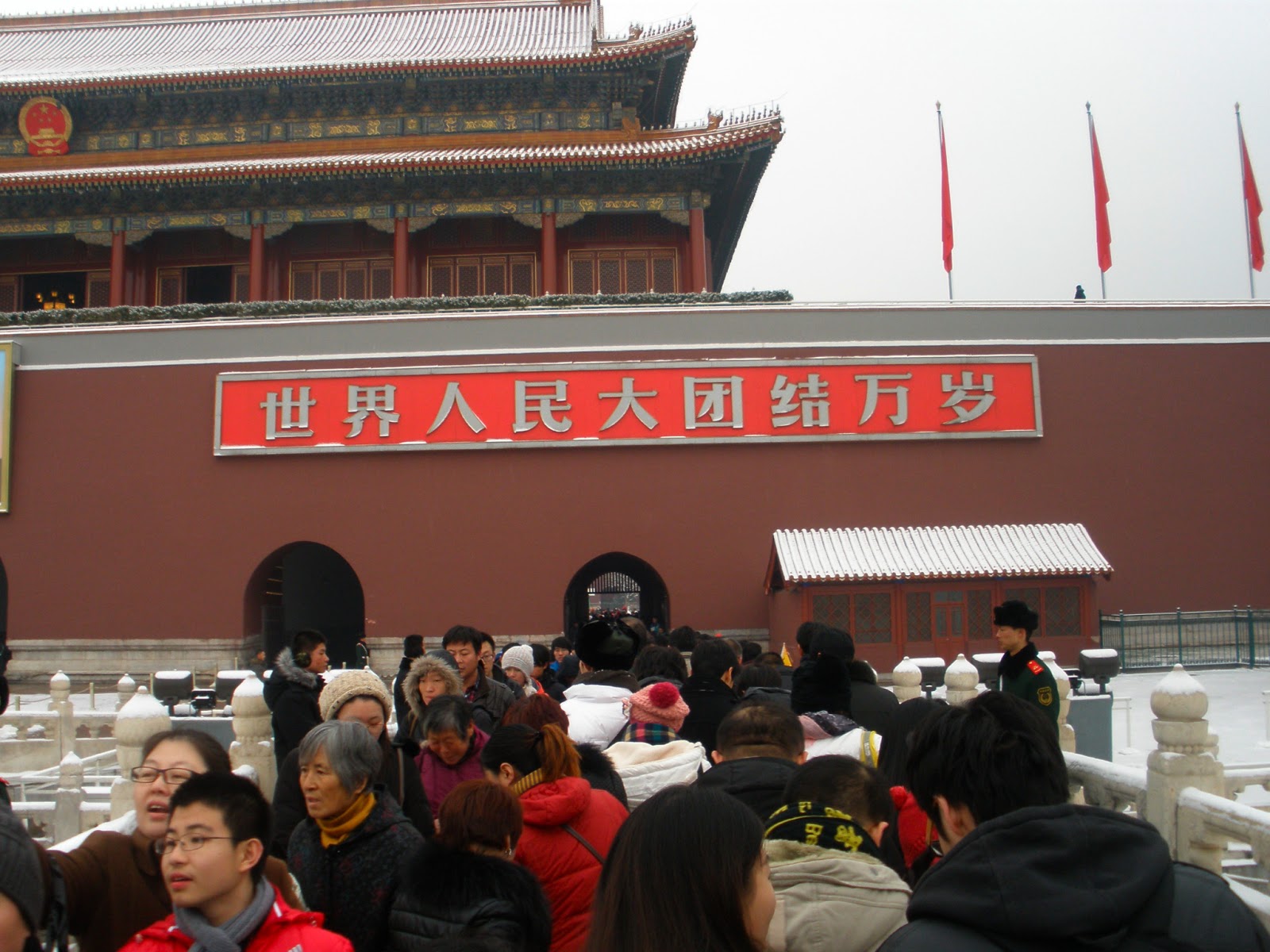 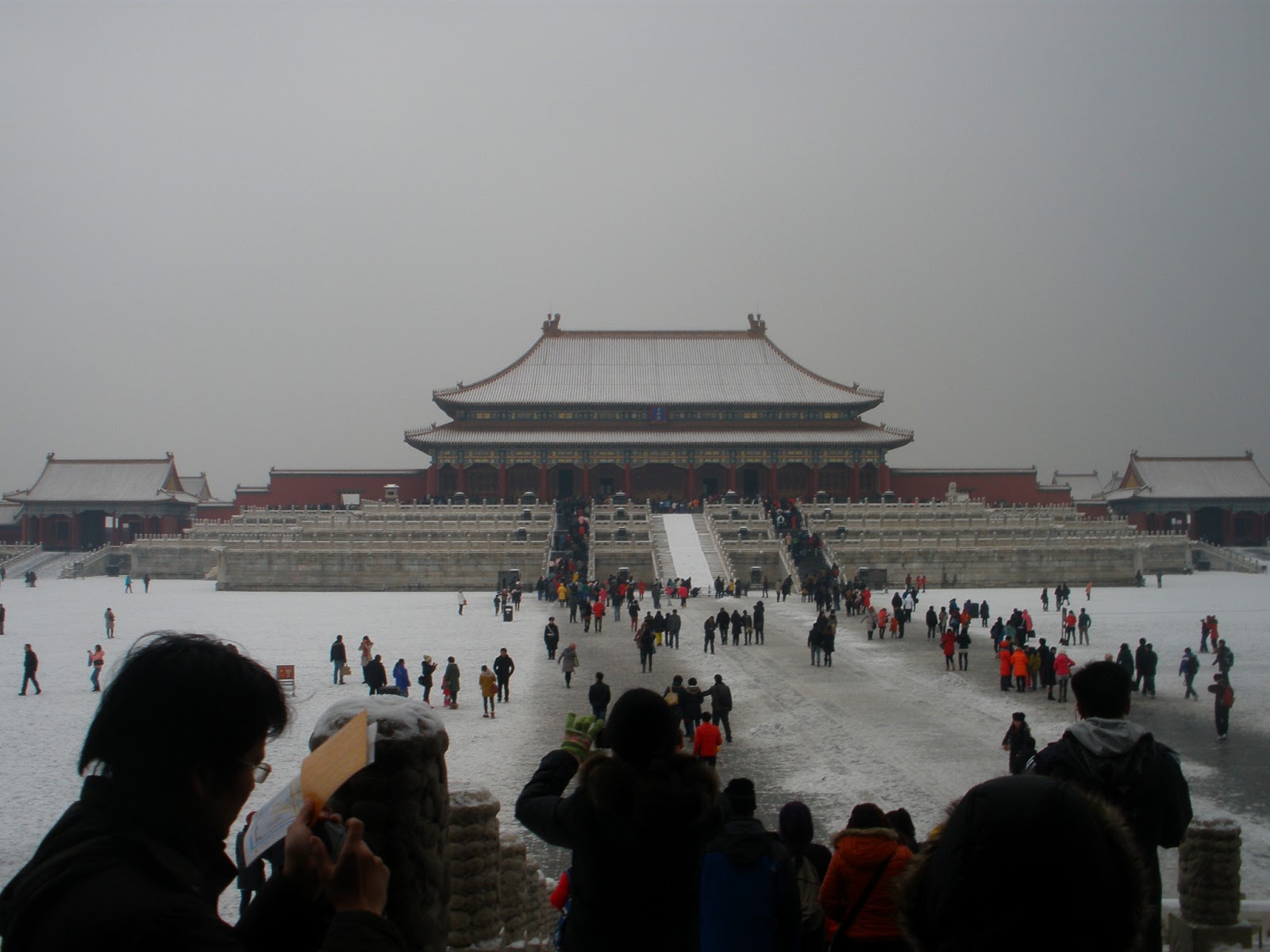 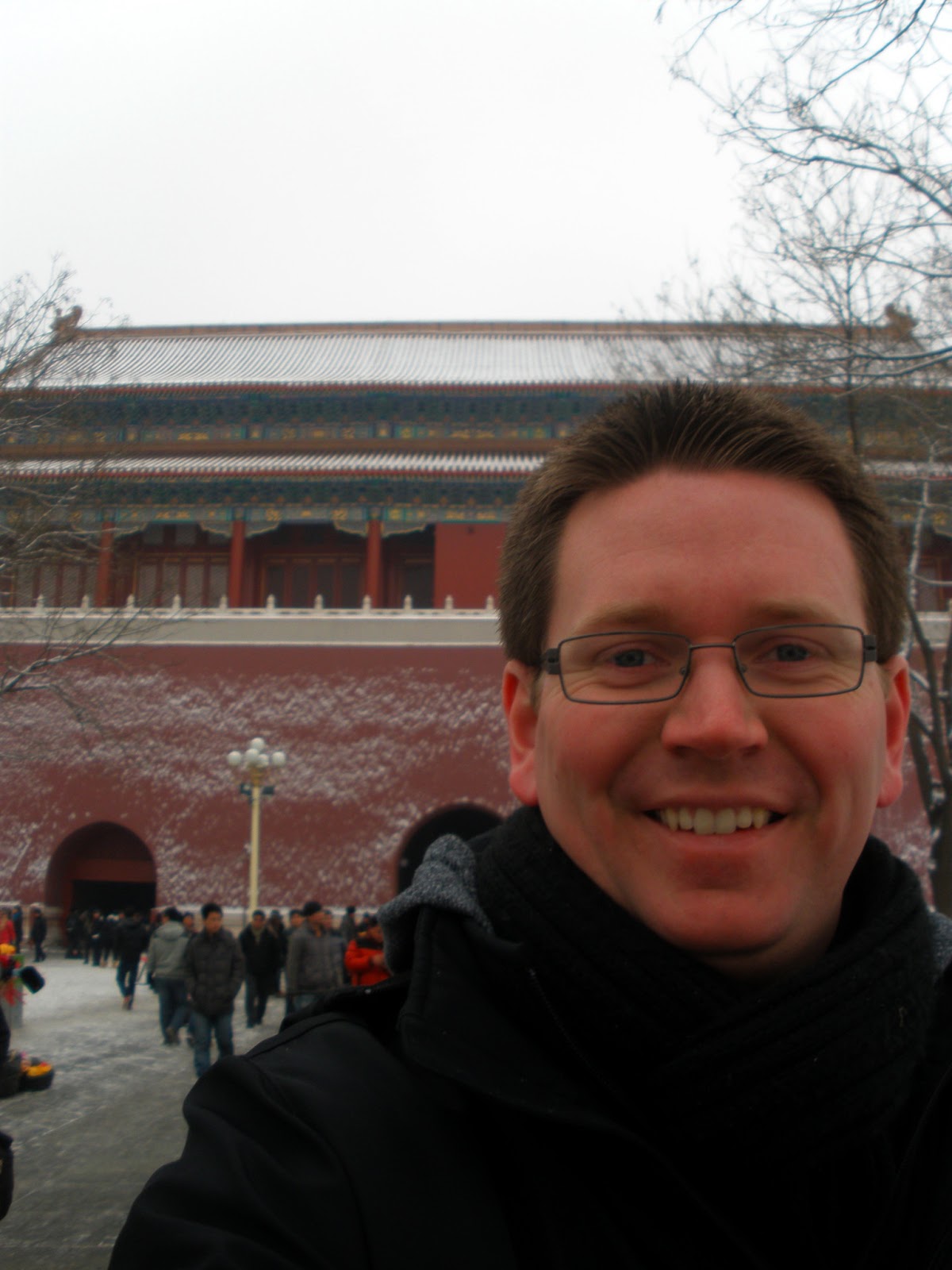 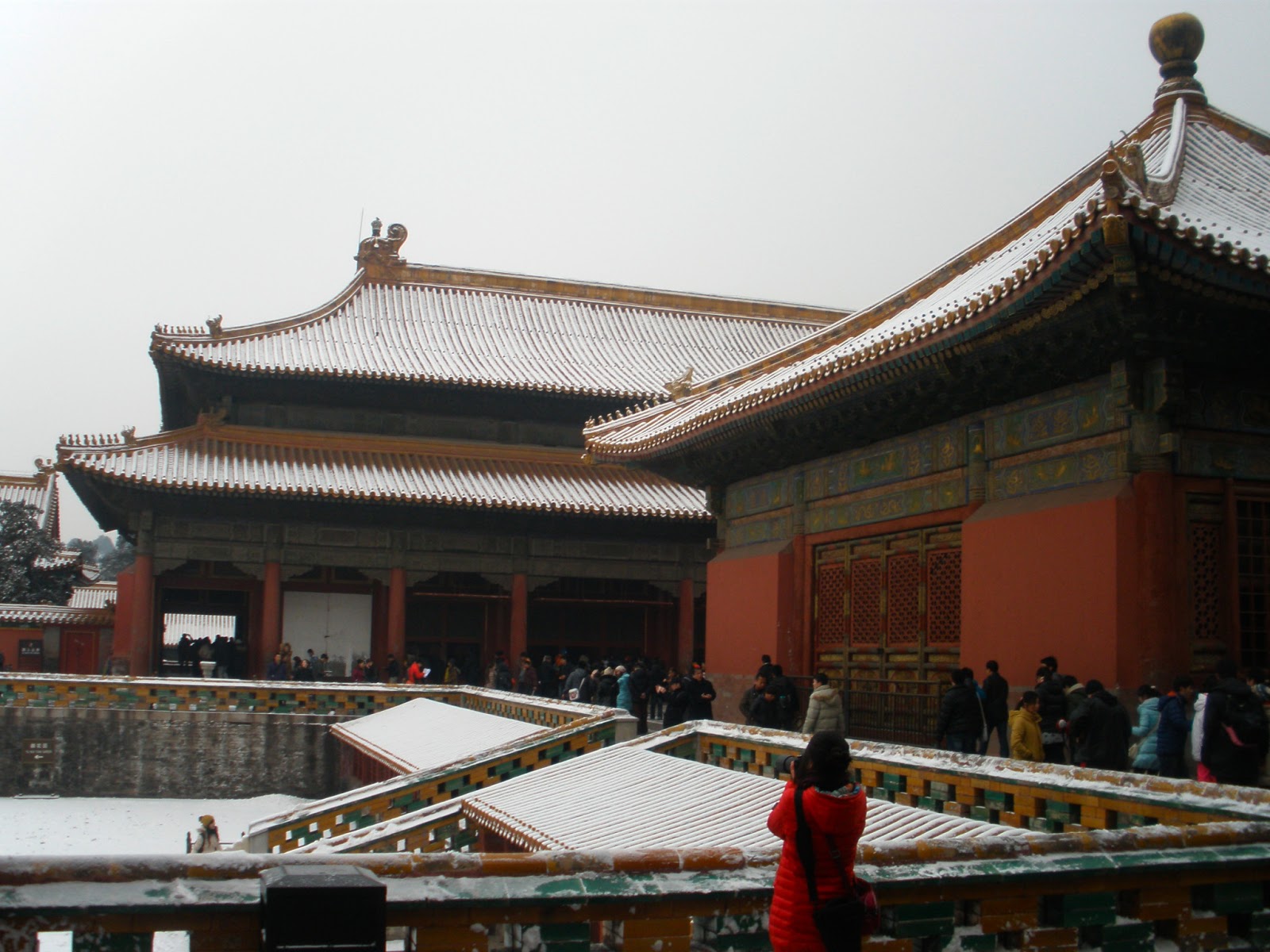 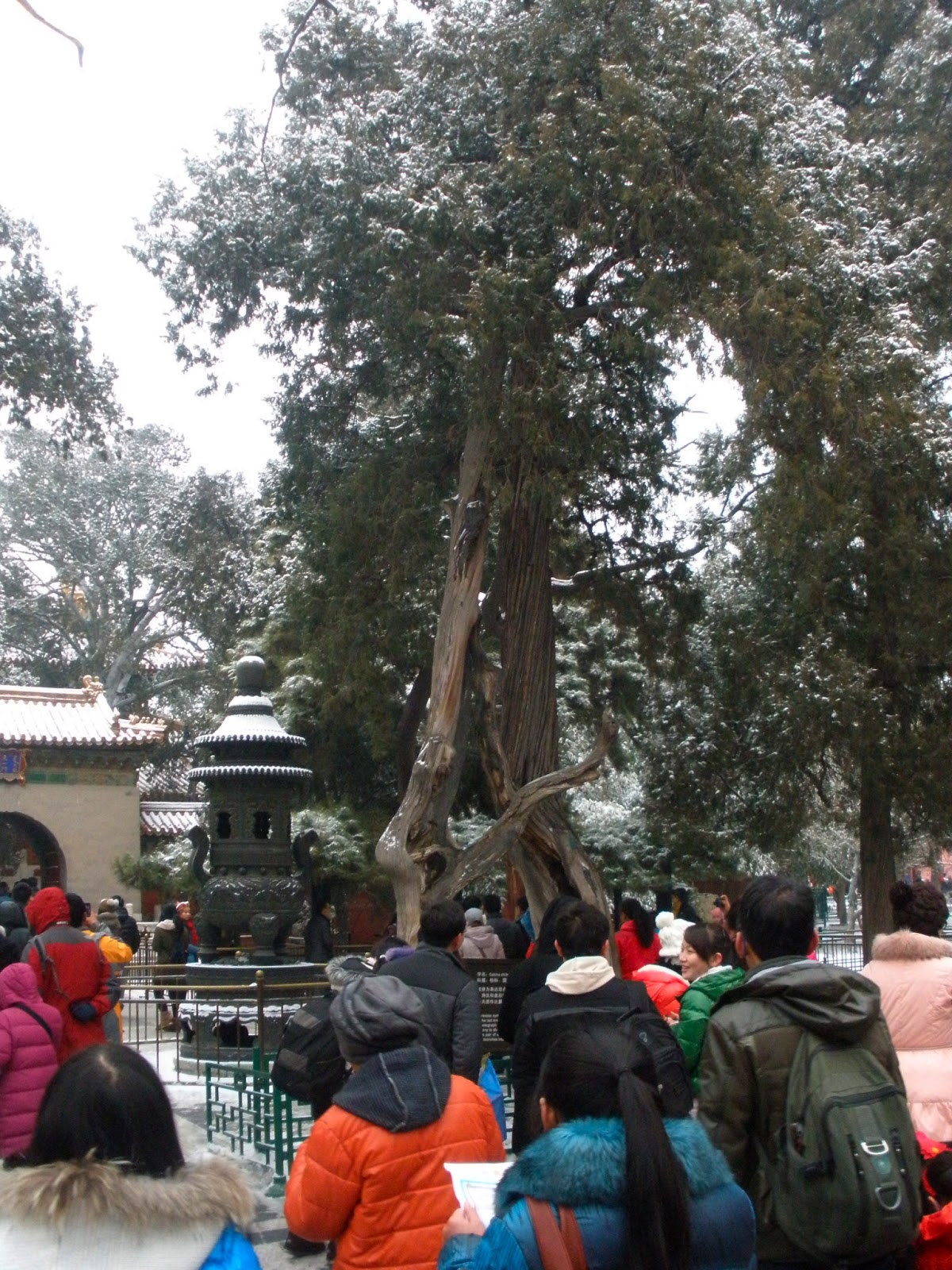 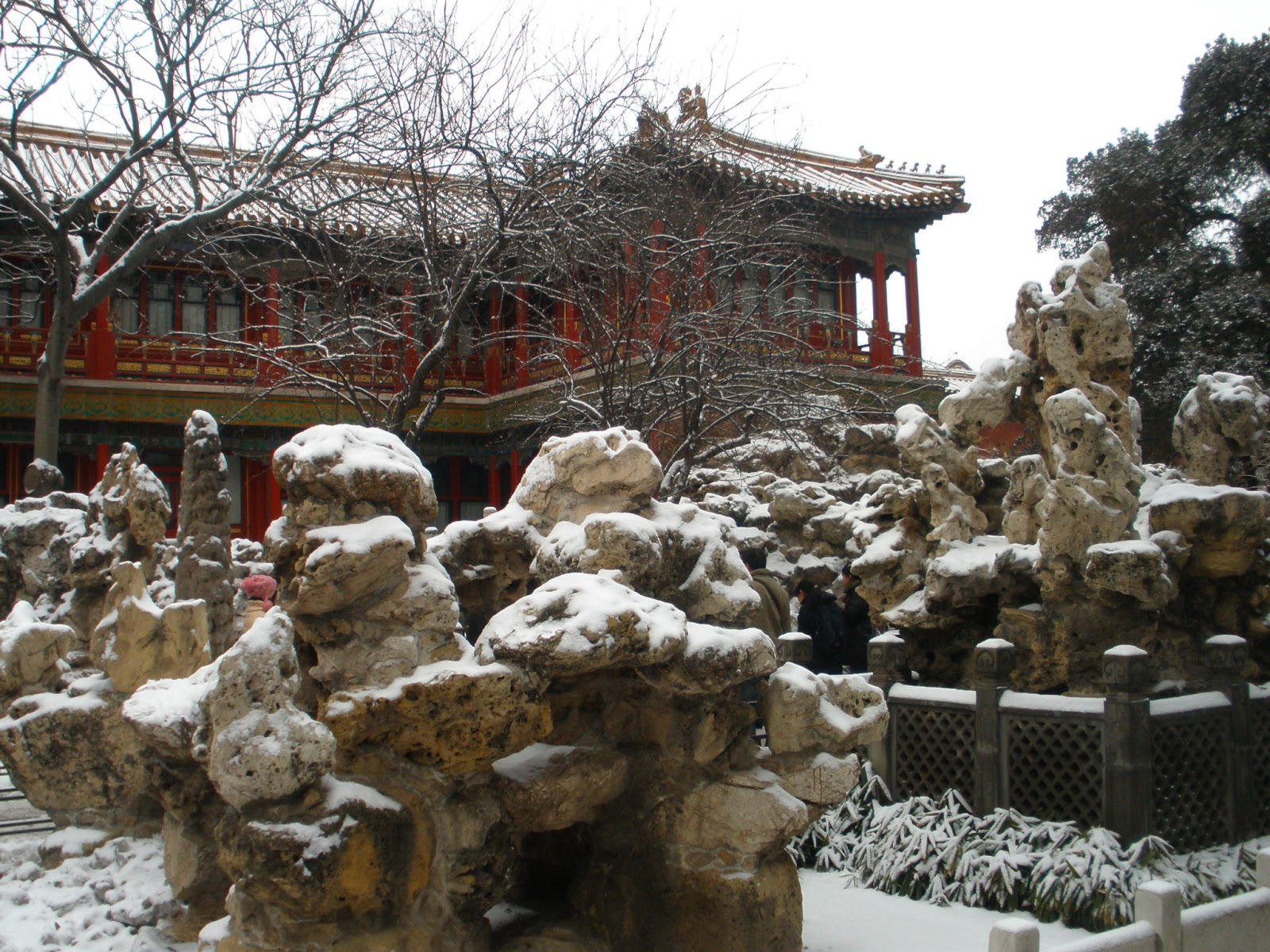 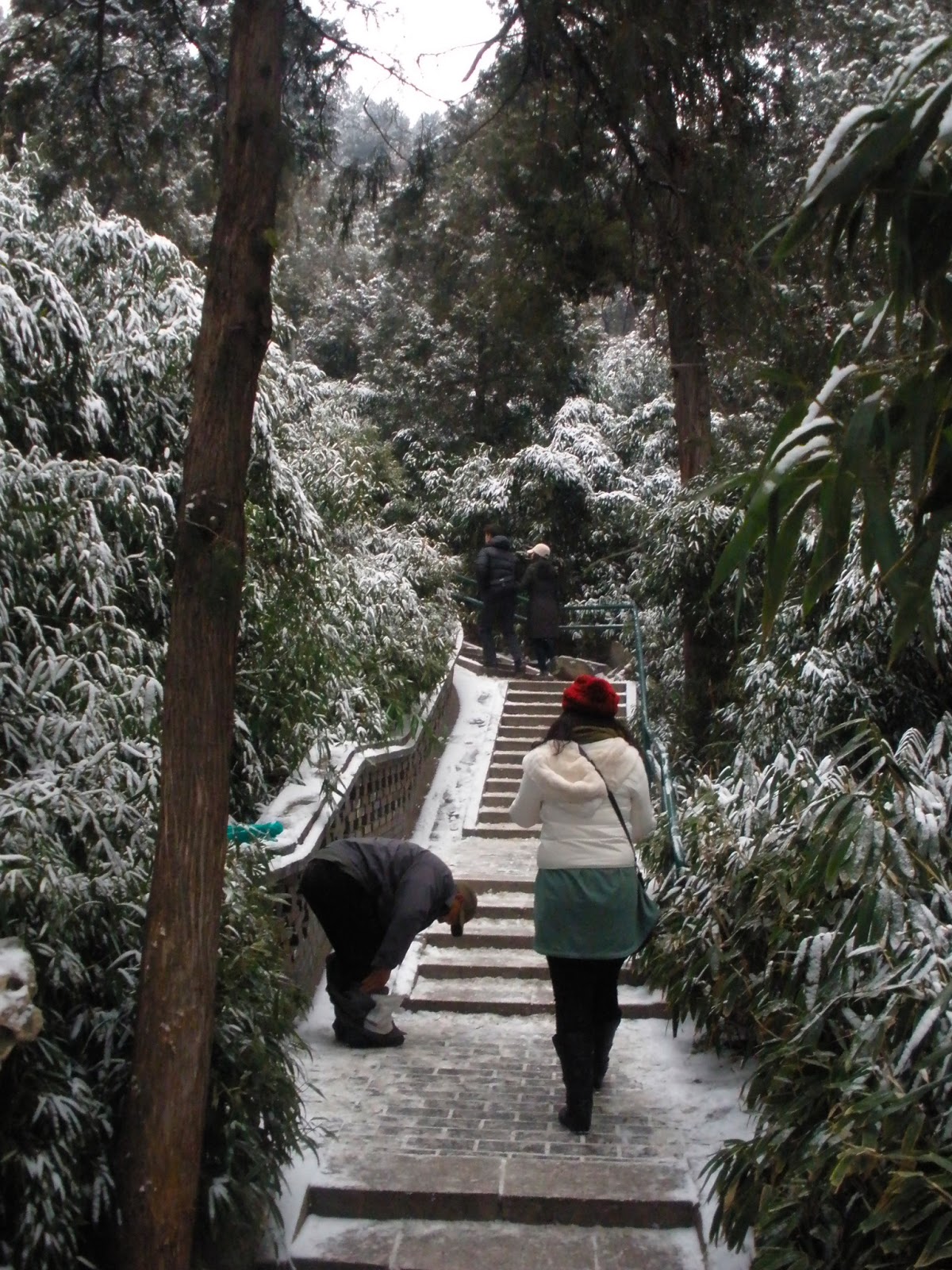 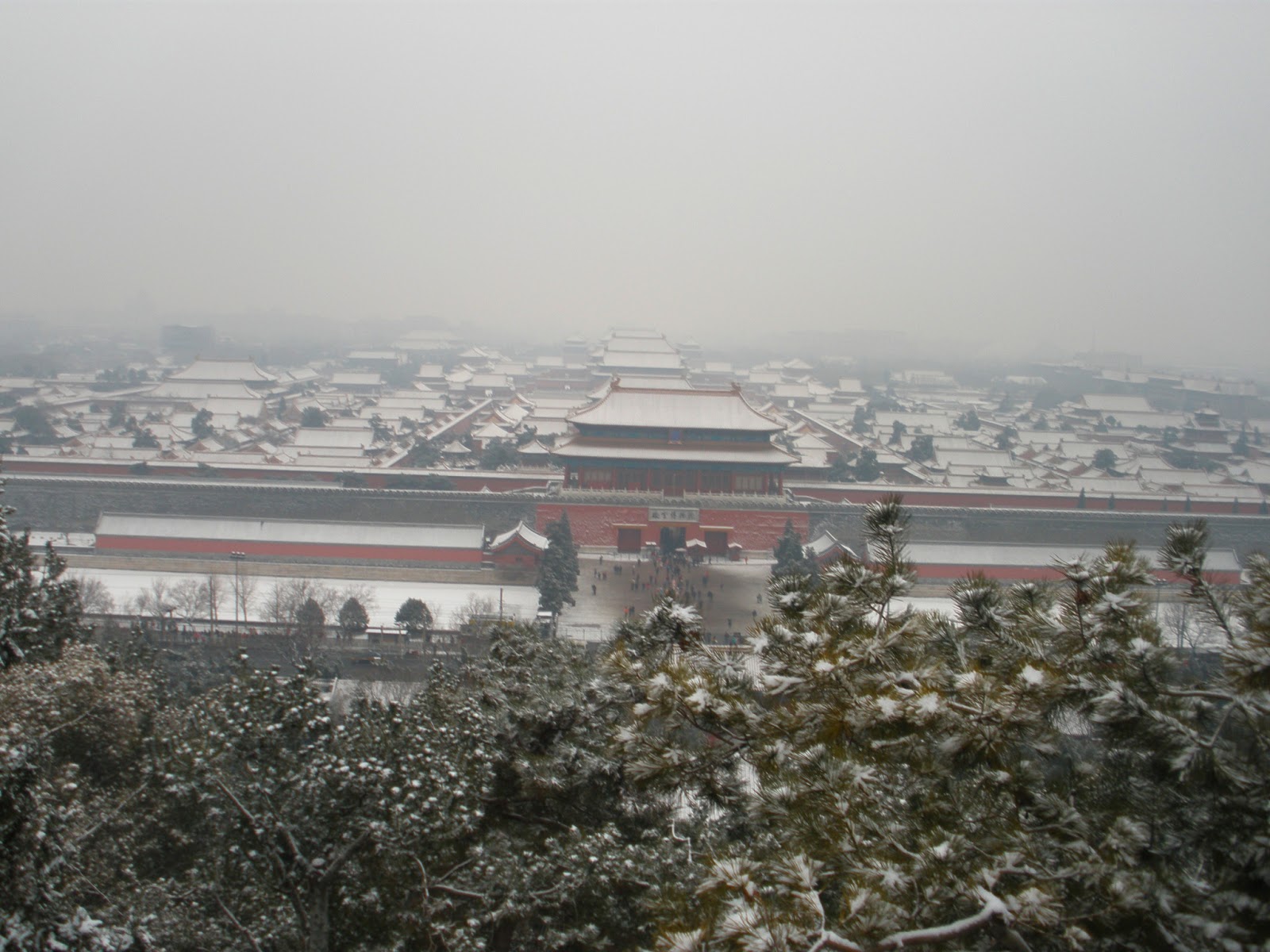 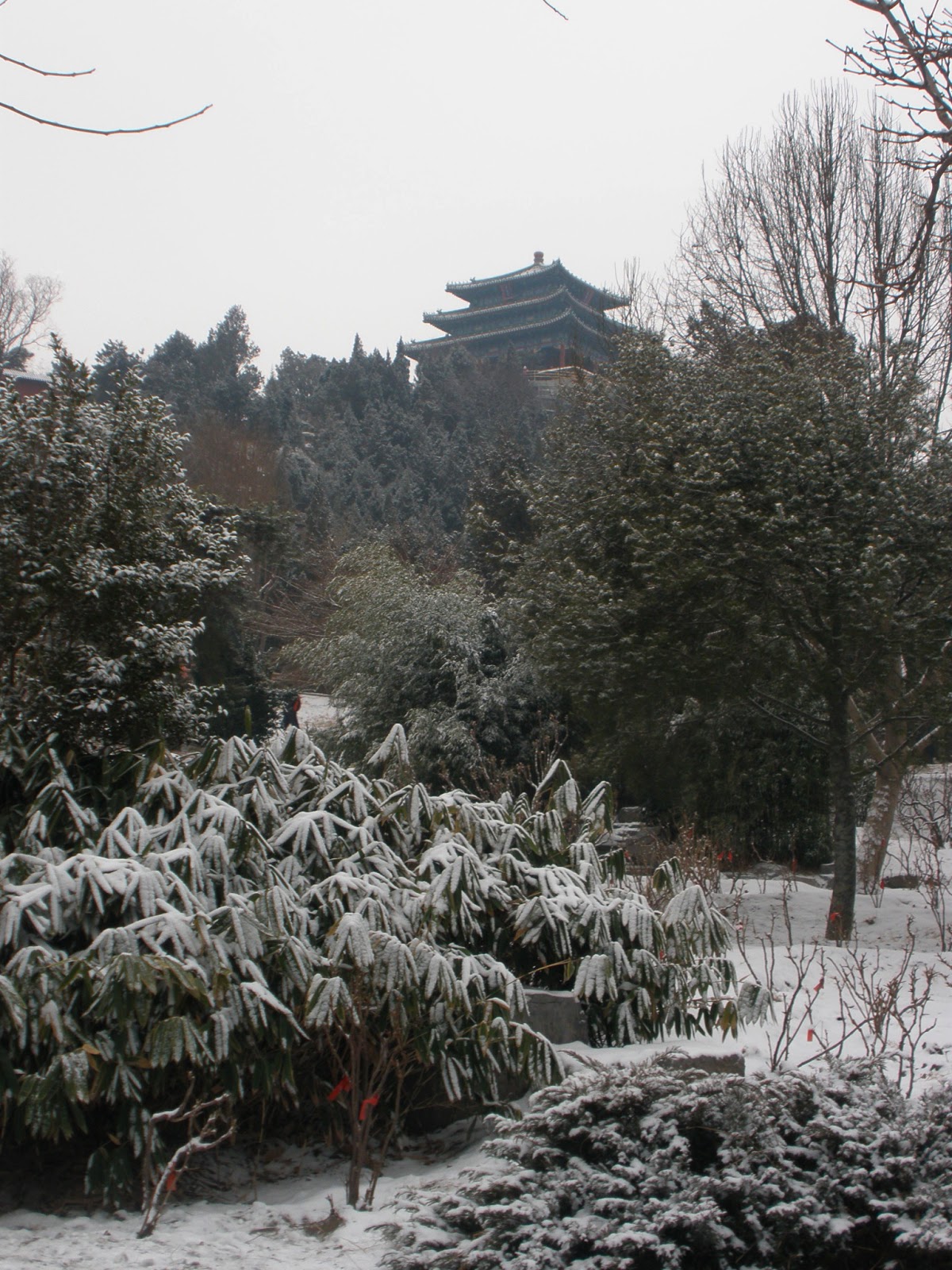 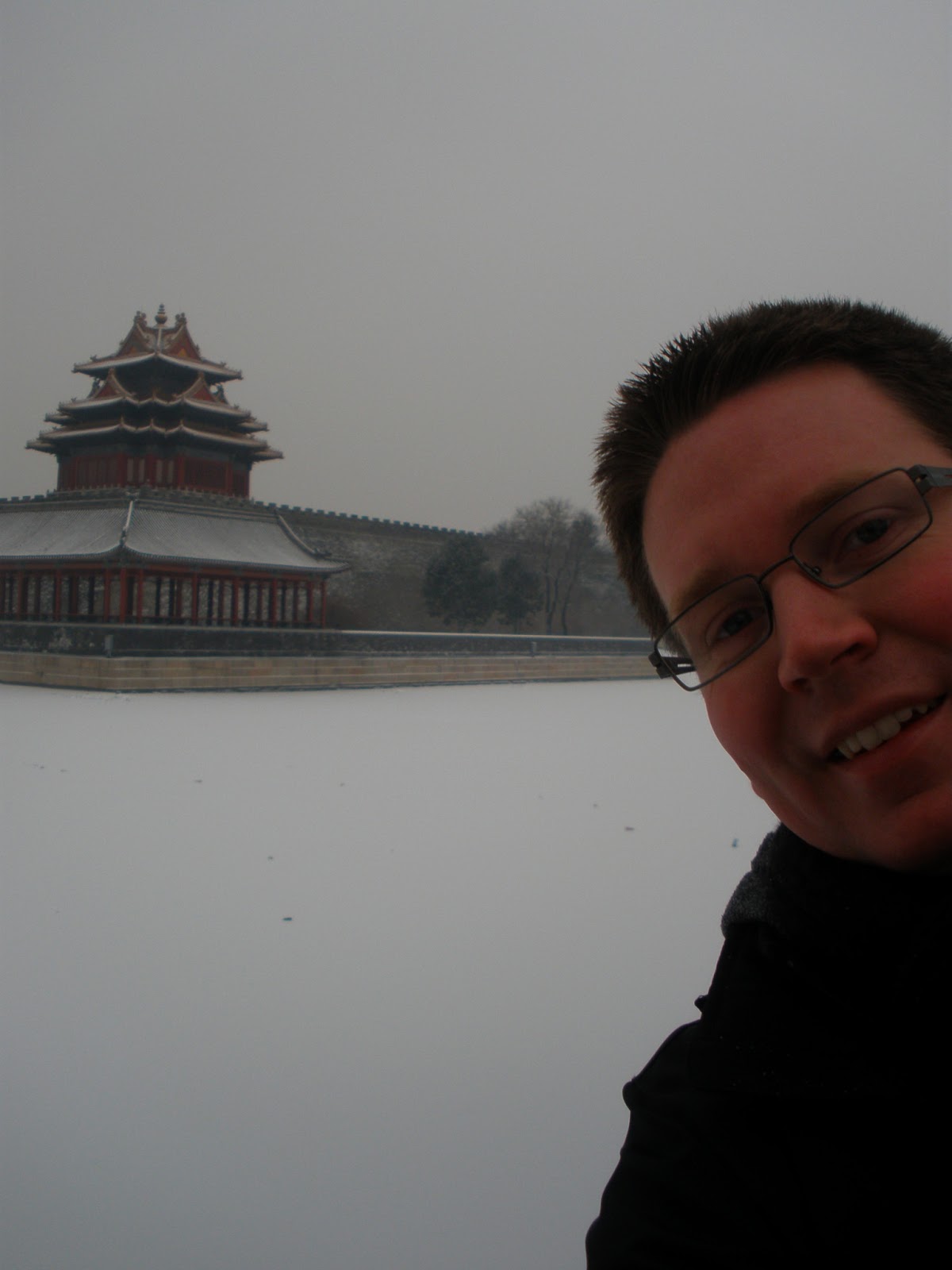 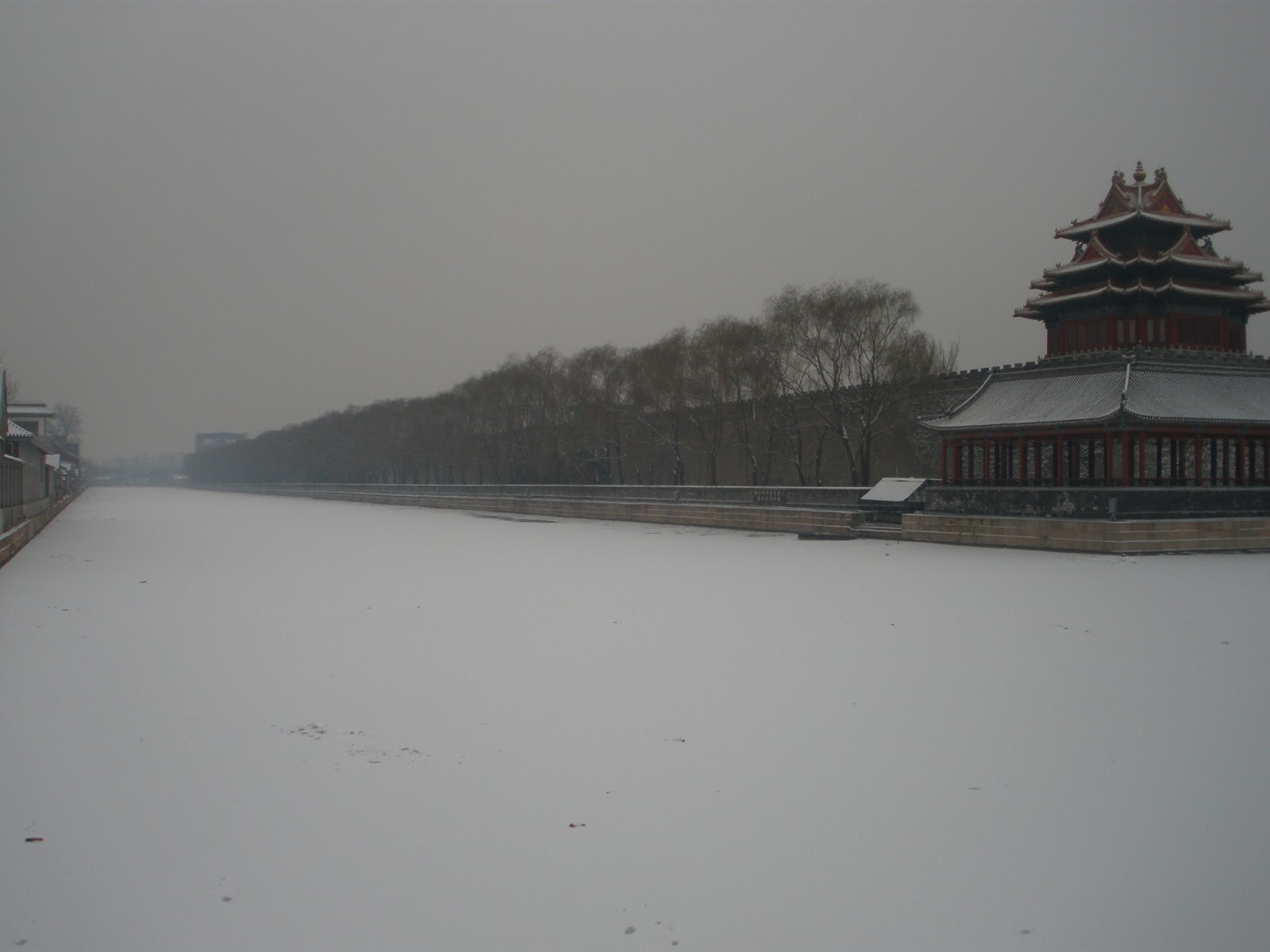 The two pictures above are of the mote surrounding the Forbidden City, completely frozen. 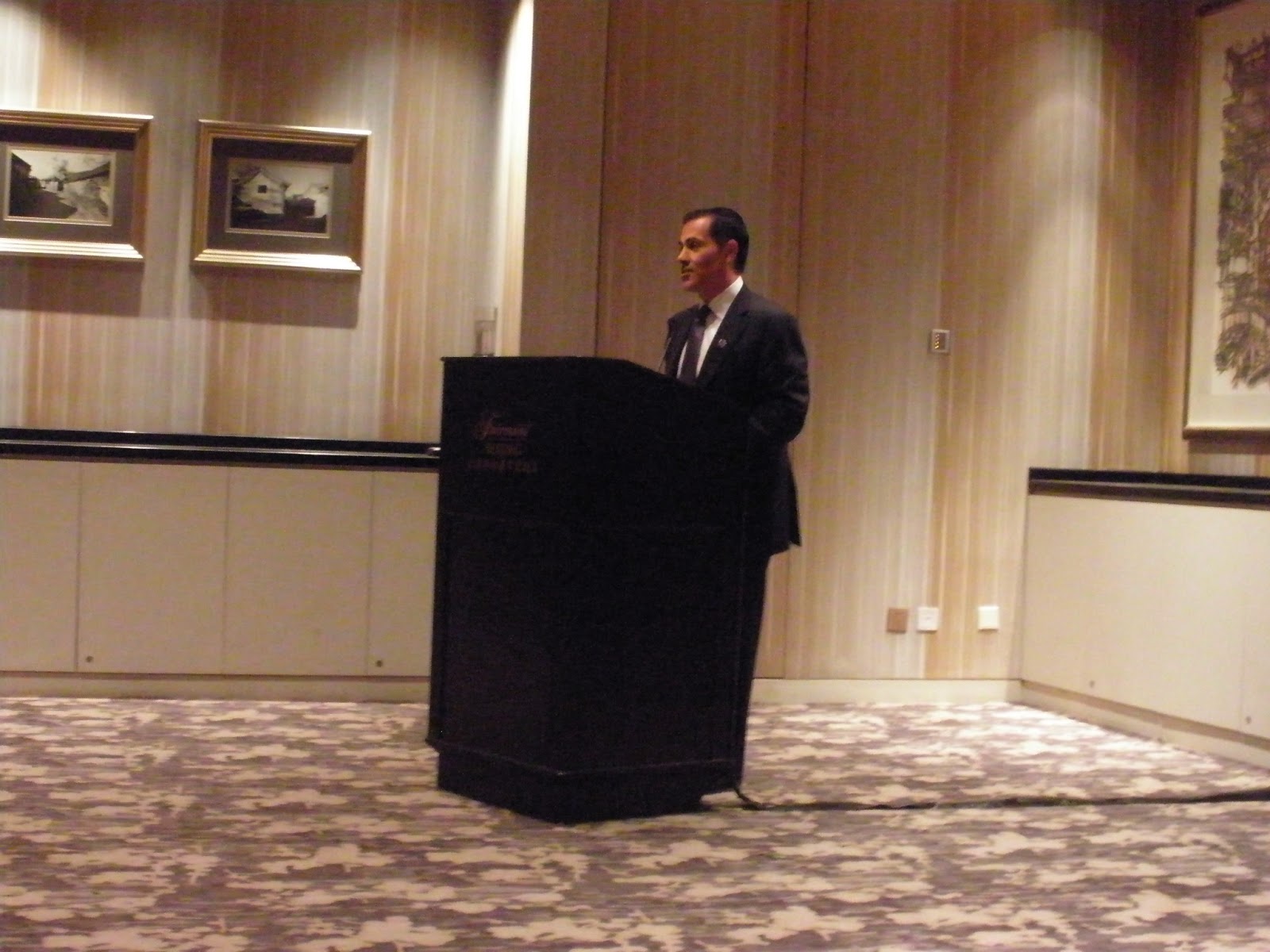 One of the last meetings the group had was with the Dean of their school, Vali Nasr.
(He's kinda a big deal)
He had flown to China for a special alumni conference and the group was able to attend. 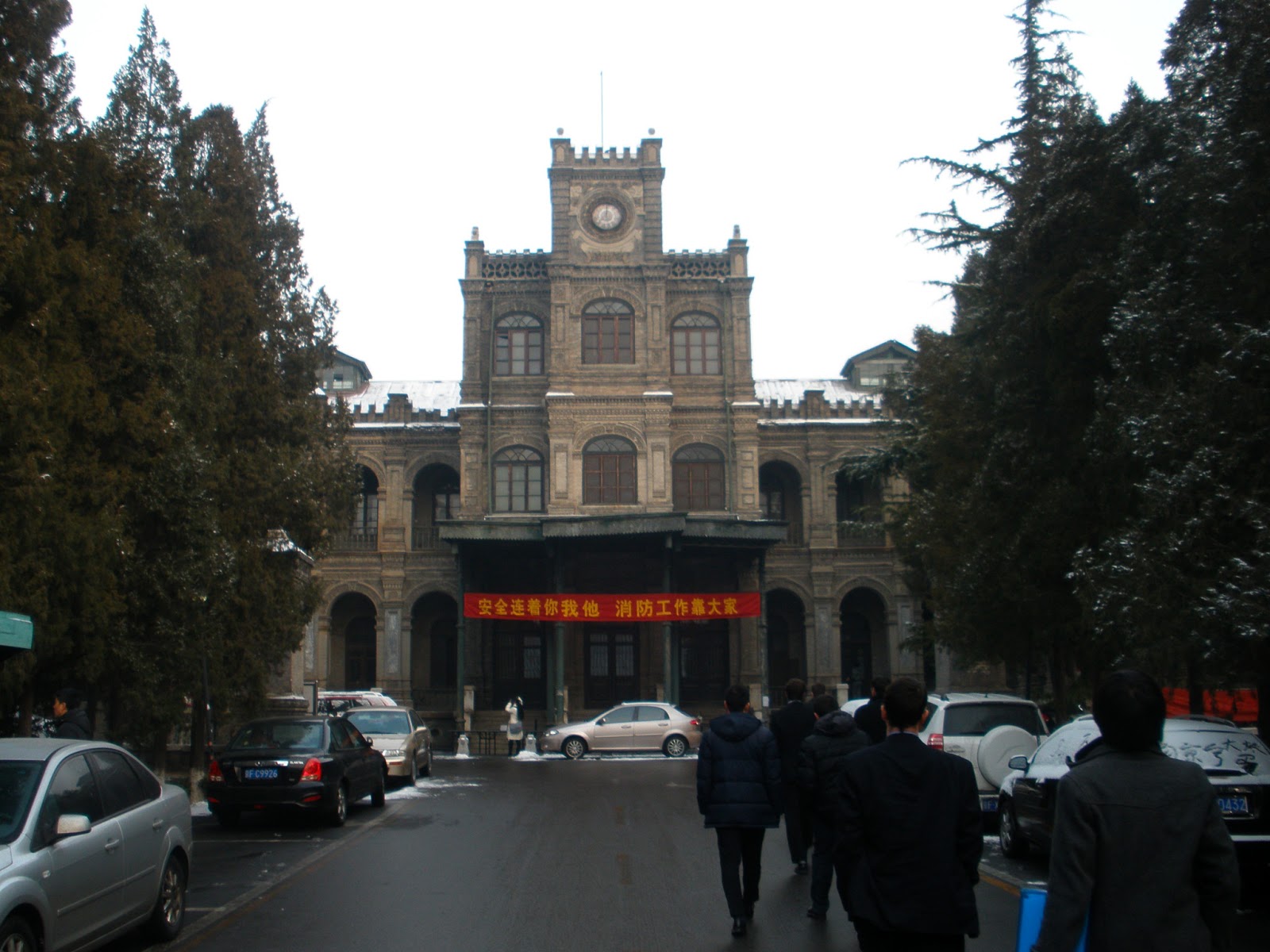 Even though Tyson was having a great time in China, he was really missing his little family in Virginia and we were missing him! We are so happy he went and really glad that he is back home now too! 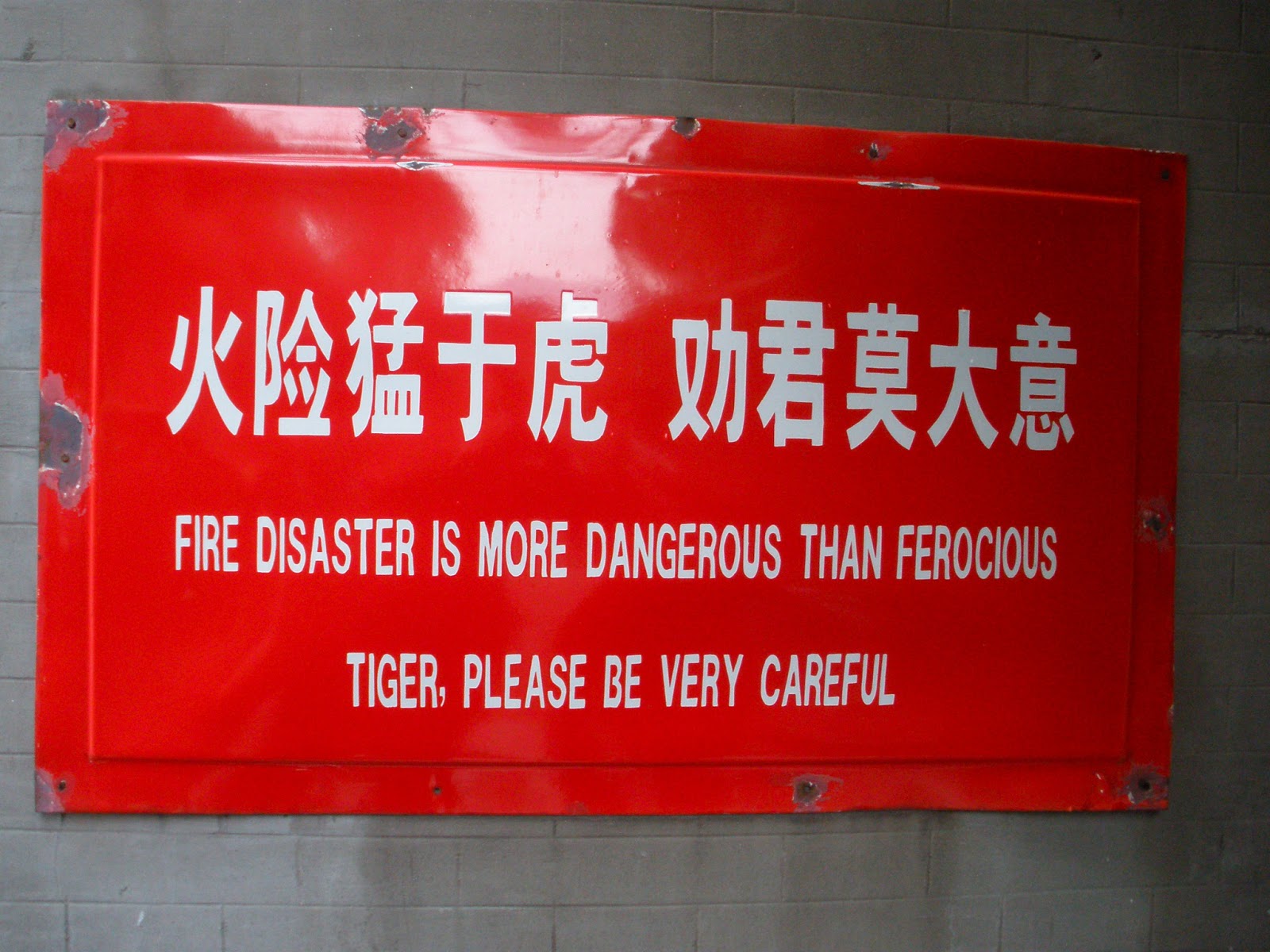 And to end Tyson's China Adventure, we leave you with some sound advice from a wise Chinese sign.
Posted by Brianna at 10:28 AM