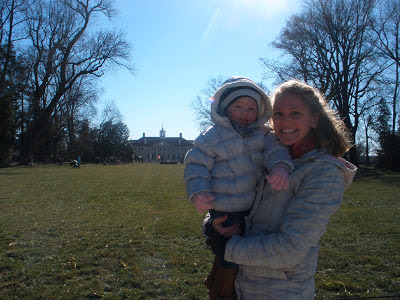 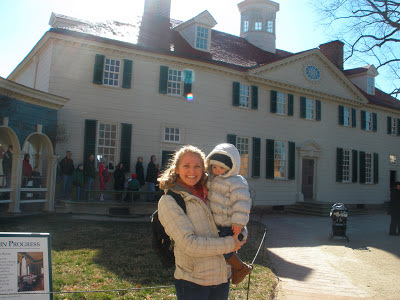 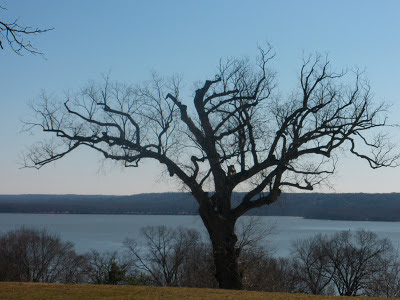 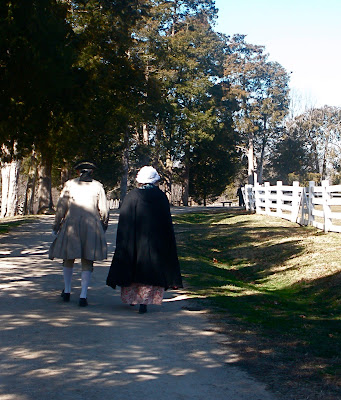 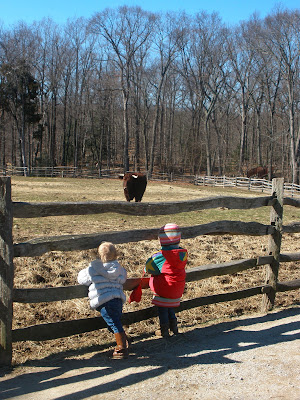 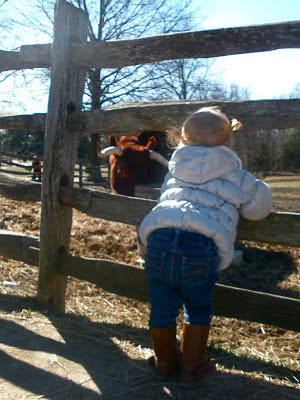 On President's Day, Mount Vernon was free to the public. Even though it was FREEZING that morning (and throughout the day, really) I was super excited to go. I think it's been over 10 years since my last visit and I could hardly remember anything. I drove down with my friend Lisa and her 6 month old son Ethan and met up with my friend Paige and her daughter Ada. It was super crowded so I've made a mental note that if we go again next year (if we are still living here) we are going to go later in the day. We stayed until about noon, walking around the grounds, snacking, and for Taryn, mainly watching the "moo's!" (She knows they are called cows but prefers to call them moo's,  just like milk, she prefers to call it "yummies.")

Tyson - who had to be at school for a group project on Monday- had requested some chocolate chip cookies the night before so we munched on the little bag of homemade cookies I brought (to get them out of the house!) while we walked around. I wasn't feeling the greatest that day but somehow made it through. Even when Taryn surprised me by throwing the biggest fit she's had in months when it was time to walk back up the hill and away from the animals. Then I realized that I had taken her away far to early from one of her favorite things in the world. Gravel. This girl could sit on the ground all day and watch the little pieces fall between her fingers over and over again. (and she has. Remember this day in Italy?) But to be honest, that day I wasn't feeling great (still recovering from the sickness we got before my sister's wedding & cold sores that make me feel like I have a really bad cold...again!) so it was time to call it a day. Plus, when I took Taryn in my arms, she said (while crying) "Want nap mommy!!" And there you have it, she was done too. She feel asleep before we had reached home but thankfully she transferred to her crib and had a wonderfully long nap.

I was happy we made the trek out there and thankful for the company of friends. Oh how I love free stuff!