We went to the Zoo! 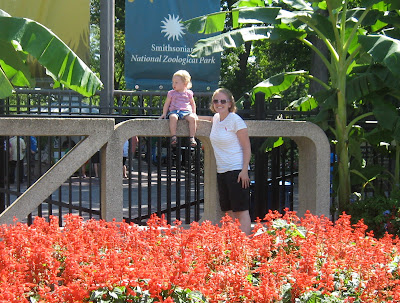 Going to the Zoo on Saturday was so perfect. It didn't start to get crowded until 3pm when we were leaving-awesome! There is so much to see and there were a lot of animals out and about playing around. Taryn said "WOAH!!!!" so many times as she ran up to the glass to greet the new animal she saw. Being around other kids doing the same thing was such a kick for her. Taryn practiced her animal noises all day long and we had a great time as a family there. 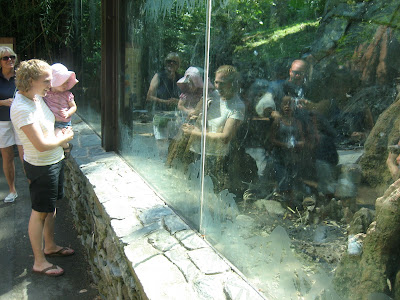 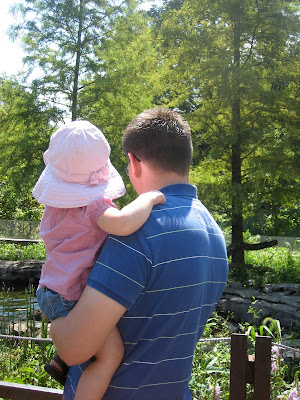 Watching the otters- they were so entertaining! 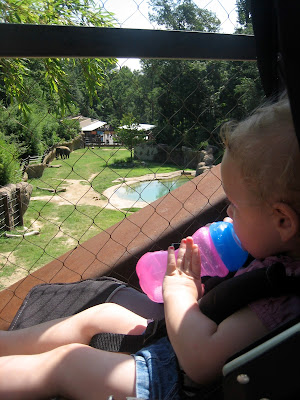 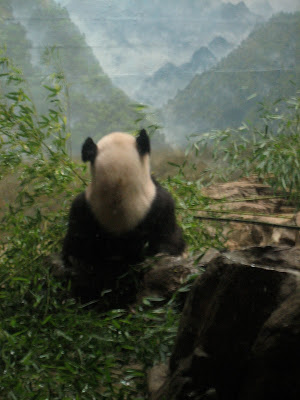 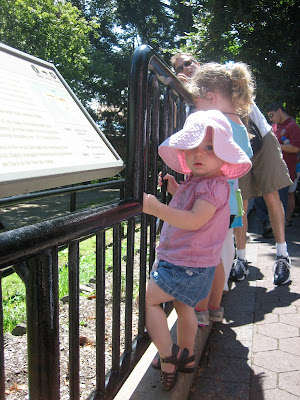 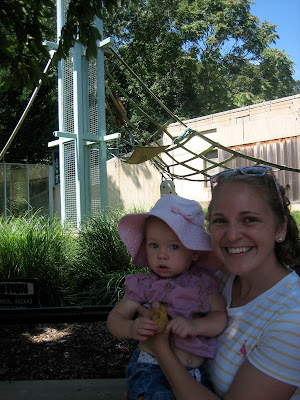 The Great Apes exhibit (you can see the orangutan- moving fast!) 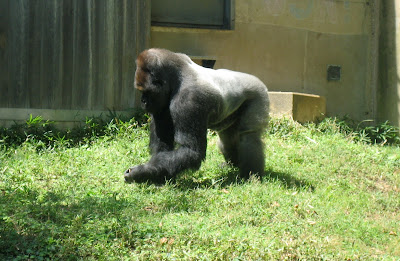 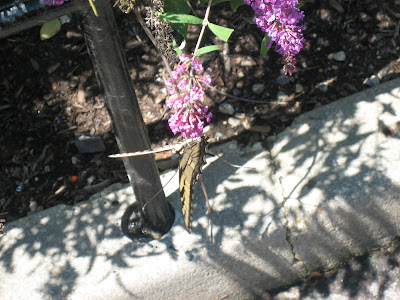 This butterfly was just about 2 inches from Taryn's face. She loved it! 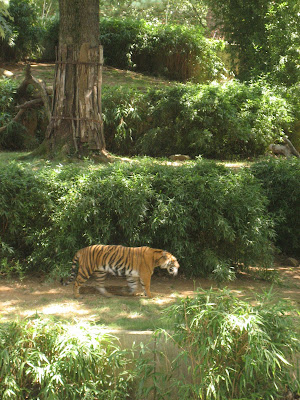 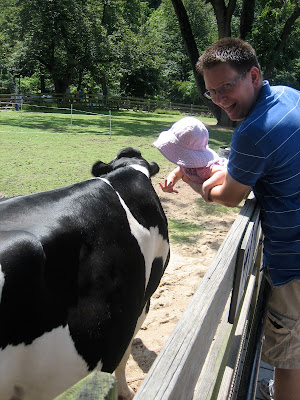 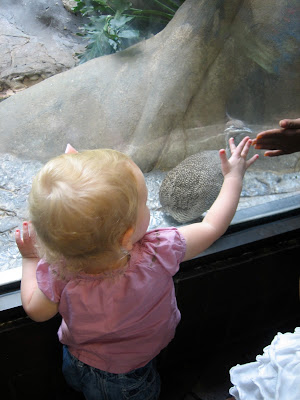 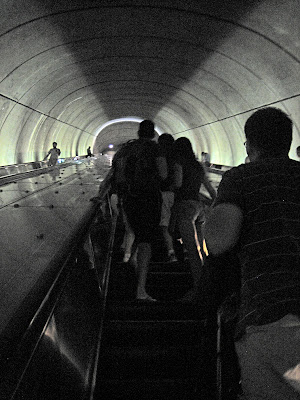 The largest escalator I think I have ever been on at the Woodley Park National Zoo metro stop. Going up, I actually got weak in the knees looking back down (ya- scared of heights over here!) We agreed that it would be the best slide ever if it weren't for the circles on the slope (meant for people just like us with those thoughts). We joked about how crazy it would be if it broke when we came back. And it did. There is NO WAY to get down it with a stroller. So we waited in a long line with all the other stroller go-er's for the elevator up the street. Opps, guess that was our bad for jinxing it :)
Posted by Unknown at 7:04 AM