Day 3 Driving to the East Coast 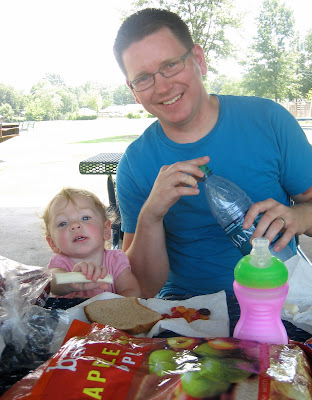 Lunch - PB&J style at a park in Arkansas. This is where both Tyson and I couldn't help but listen to the two 9 year old girls playing on a rip stick next to us. The way they spoke was just so different. I know each state has a "way" of speaking and that accents are unique- it was just so fun to listen to! Taryn had a lot of fun at the park but I tell you what...... 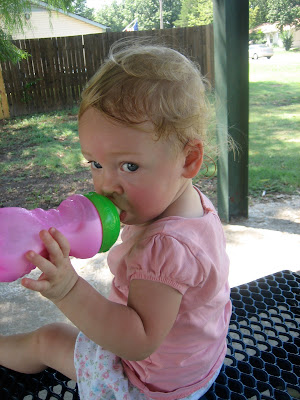 HUMIDITY IS THE WORST!!!!!! in Arkansas. All Taryn wanted to do was play at the park and be on the swings. She got a lot of sun in a very short amount of time and we were all drenched with sweat after. Taryn downed her bottle so fast. 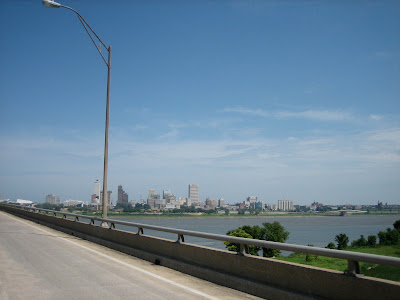 Crossing the bridge over the Mississippi River. That's Memphis, TN in that background. 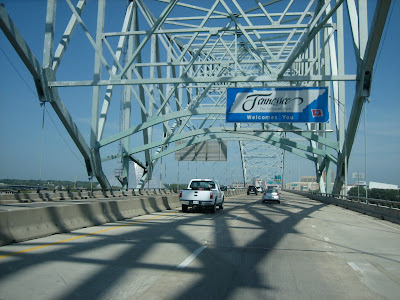 Thanks for the welcome Tennessee, you were beautiful (as was Arkansas). I bet you don't even have to water your lawns there. Everything seemed so green and lush- which is funny because Arkansas and the surrounding cities are having the worst droughts ever this summer- I just couldn't understand it. 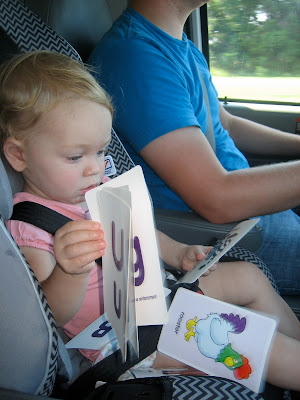 Flash cards were an awesome time killer too! Thanks Target $1 section 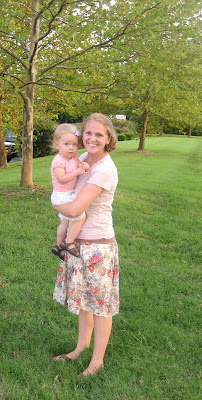 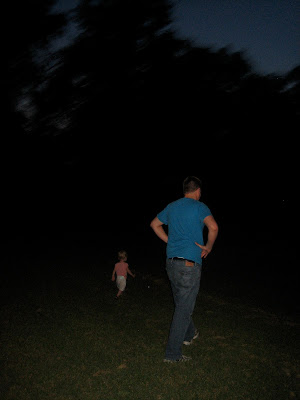 We drove through Brentwood, TN which had amazing homes. Tyson wondered if country stars lived there and we both want to move there *some day* We drove around with our mouths wide open pointing at that house and this house etc.... we even stopped to catch fireflies. Tyson had never seen any before and didn't know what the lights flickering on the side of the road was. I remember catching fireflies with my cousins and siblings in Wisconsin (one of the most beautiful States). It was so fun to watch them light up all over this open field with Taryn and Tyson.