Monday at the park 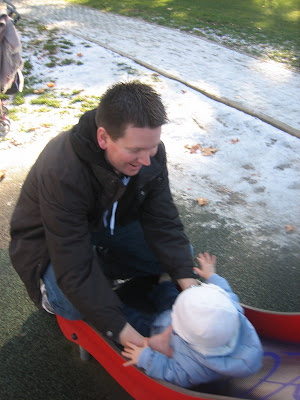 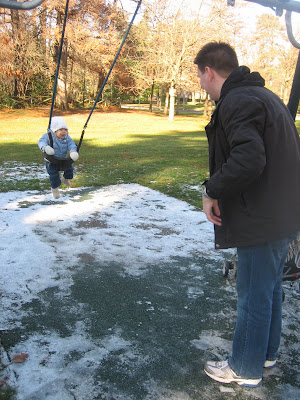 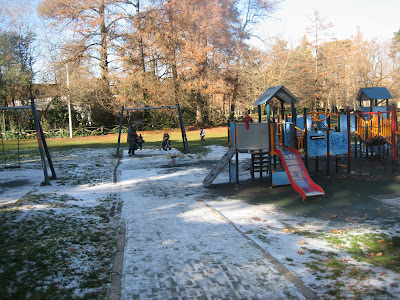 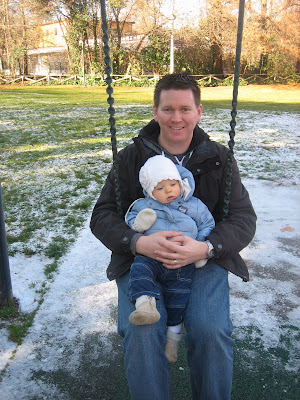 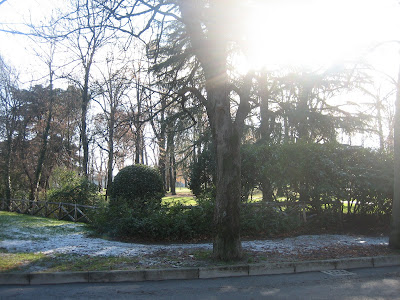 Before we left for Milan, we soaked up the last of the "snow" by going to the park. The weather was a bit warmer and Taryn wanted to show Daddy all her swinging & sliding skills. The part of the park we went to is always covered by the shade of the gigantic trees which is great during the summer and it kept the "snow" for just a bit longer during this winter!

We've been soaking up the time we've had with Tyson before he's back to school and hitting finals full swing. We visited the Library today where Tyson sought out some Spanish children's books. He's worried that his Portuguese class is throwing off his Spanish so he tries to practice as much as he can!

Can you believe we've almost hit our half way mark of being in Italy? We (mainly me) panicked a little bit last night as we talked about some of the things that we have to do to get ready to leave and once we get back to the U.S.A. (flights, packing, moving again, finding an apartment etc....)
Just one thing at a time- if time will let us!
Posted by Brianna Smith at 1:18 AM