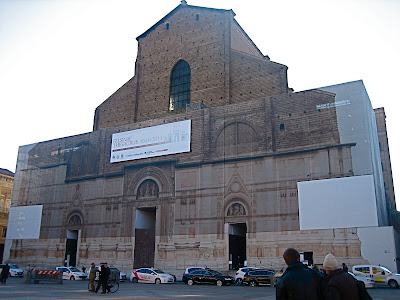 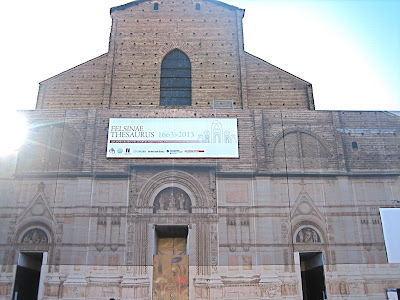 I realized after I took these photos why I had never posted any pictures of this Bascilica, the main church in Bologna. It's under construction and will be until next year so sadly, you only get to see a glimpse of the facade and the rest that you see is the image of the Bascilica on billboards covering the scalfolding. We first visited the Bascillica in August when we first arrived in Bologna. We enjoyed the cold air inside that bounced off the marble and the art. We were blown away with the size of the interior because for some reason, on the outside, it doesn't seem as large, even though it's the 5th largest church in the world. It's fun for us to try and imagine how much larger the Bolognesi people wanted this Bascilica way back when.

The Bascilica is named after the patron Saint of Bologna, Saint Petronius, bishop of Bologna during the Fifth century. Plans came together to make this church bigger than Saint Peter's Bascilica in Rome until the Pope demanded the plans to be halted. The facade is still unfinished. 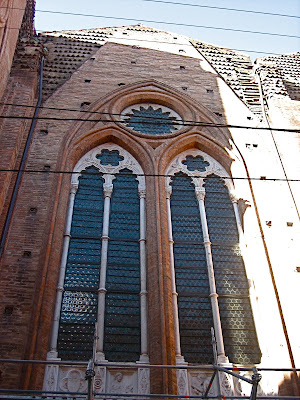 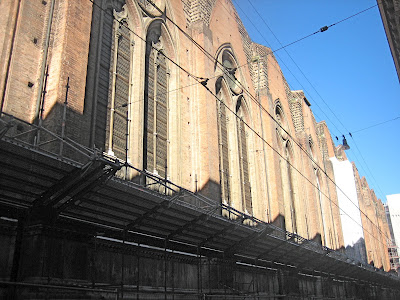 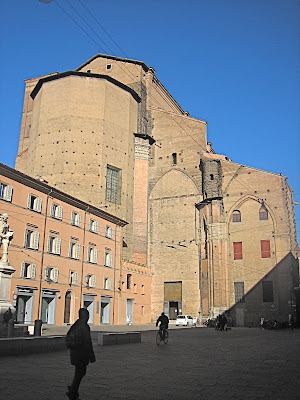 Photos are not allowed to be taken inside, so if you want to get a better look, you'll just have to come visit! 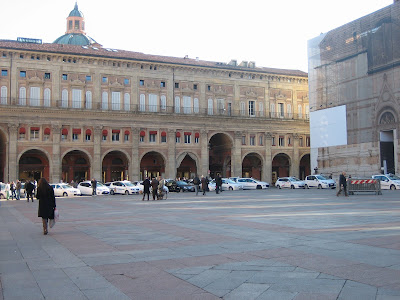 Piazza Maggiore which holds the Bascilica, bustling with people.
And below, because there is always something going on in the Piazza, pictures of a taxi strike. Every inch of the Piazza was filled with white cars and men grouped together, talking through the strike. 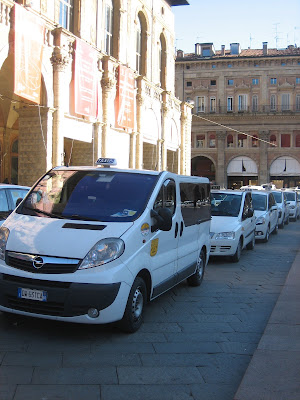 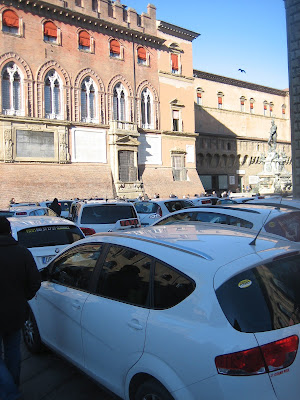