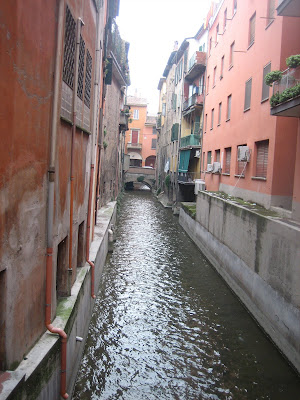 Did you know that Bologna has canals like Venice? I didn't until October when my friend mentioned it. I've wanted to see them but had no idea where to find them. But hooray! We just found them on Monday! Or at least one of the few - and theirs only a few areas where you can actually see them because they run under the city and many have been covered up.

Before Tyson returned to school and right after we got back from Milan we decided to discover bits of Centro we've never seen before. Via Irnerio, more of Via Zamboni, Piazza Verde, and plenty of streets in between. Tyson read (and I am currently reading) "The Broker" by John Grisham which takes place in Bologna, Italy. He talks about the streets, the views, and the feel of the city. We've loved being able to say, "I've seen that!," "I know where that is," or " We should go look at this." That book is what sparked our interest of being on North East side of the city.

We passed the Pyschology & Arigculture departments of The University of Bologna, the oldest Univeristy in the world dating back to 1088. It has grown so much that their campus doesn't have one main center, it's spread all throughout Centro. Remember San Petronio's Basciallica? (oh wait- how have I NOT blogged about it- that will change TOMORROW! We visited it again tonight too!) After the Pope Pius IV found out that the Bolognesi people planned to make this Basciallica bigger than St. Peter's Basciallica in Rome, he made sure that the funds were forced to be put to another use- The University. There are many names for Bologna, one being, "Bologna the Learned." 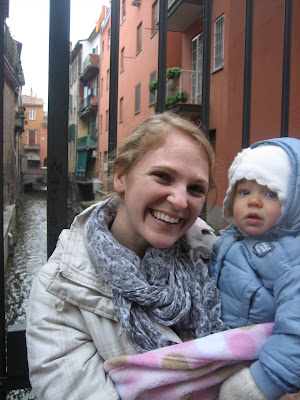 We also tried to see all the nativities that we had missed or not know about until after Christmas. There are some grand displays in churches, store windows, and on the streets. This one below that Tyson found and later took me & Taryn back to was so elaborate and wonderful. Camels, workers, water falls, construction, buildings, and even lighting that changed to symbolize night and day. It was awesome. 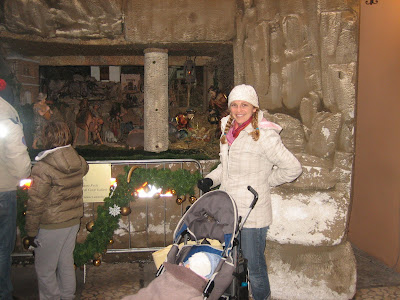 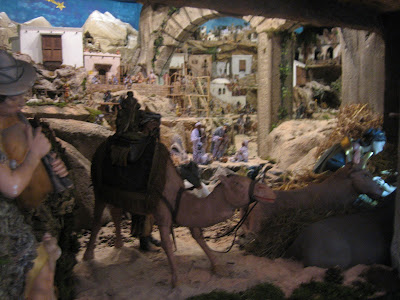 We tried to find the "best cannoli in Bologna", a good Focacceria, and lots of other great eats in Bologna. There is so much of the city we haven't seen yet. We are determined to discover more!