Warm sun shine at the park 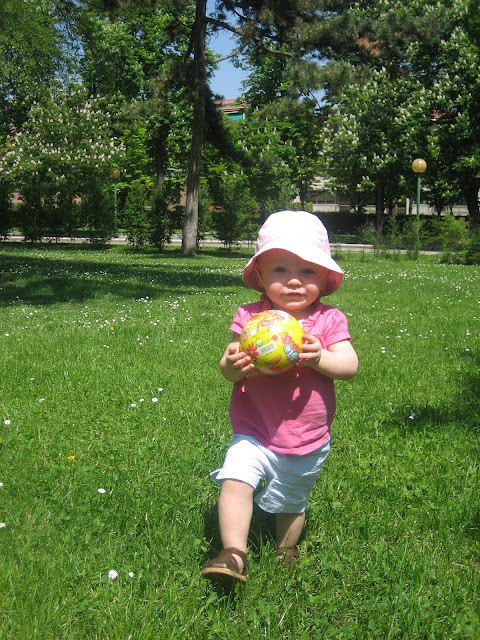 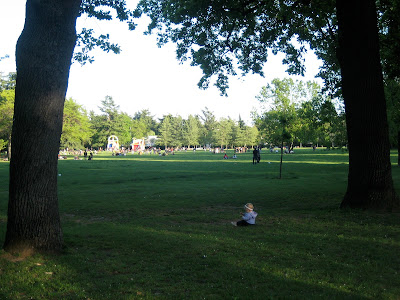 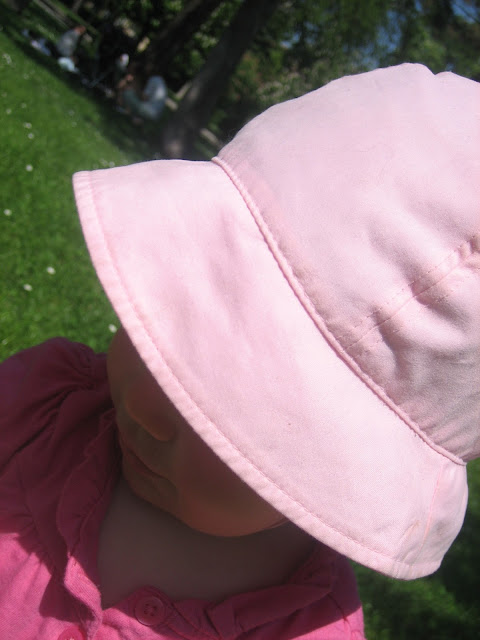 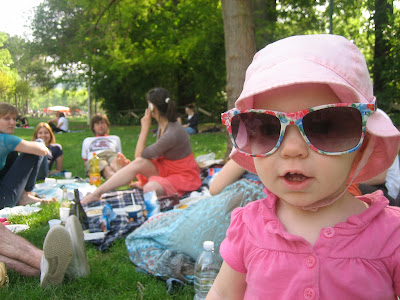 At Prezli's birthday picnic. Prezli is a cute little white dog that belongs to a SAIS student, Judit (in the orange dress). Prezli & Taryn have developed a great relationship as they have seen one another at campus on Wednesdays. 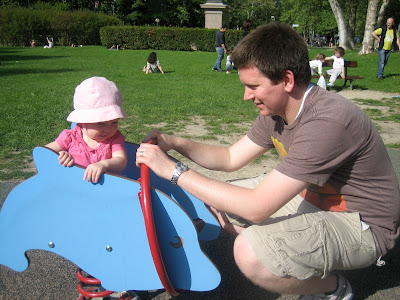 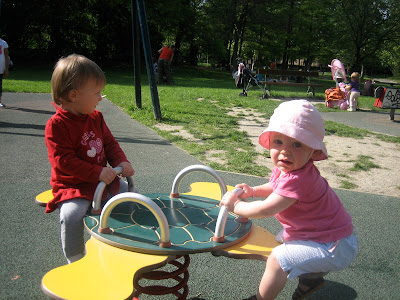 This is cute Natalie,  one of Taryn's friends that we met at the library. Turns out we live on the same street as them. Natalie, her mom & dad are from Romania and are here in Bologna for his work. It's really fun to run into them around the city, and to try to speak Italian with Natalie's mom. 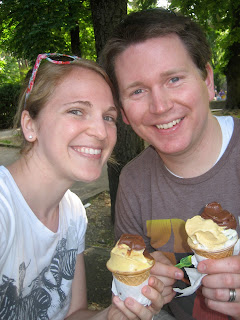 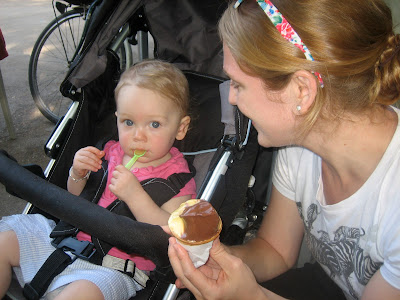 I had forgotten how often we ate Gelato when we first arrived here in August until we experienced the warm weather this weekend. Gelato is just the perfect way to cool down after a day outside! With less than 5 weeks left in Bologna, I know we will have many gelato filled days ahead.
Posted by Brianna Smith at 12:56 AM