The Bologna Commencement and one of our last walks 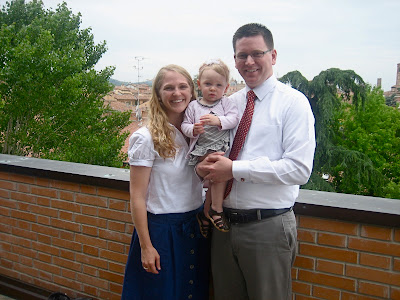 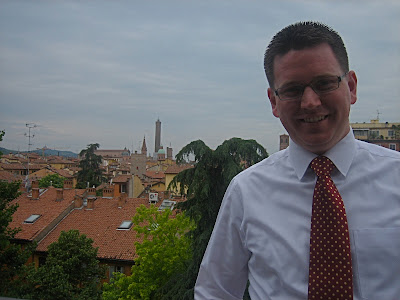 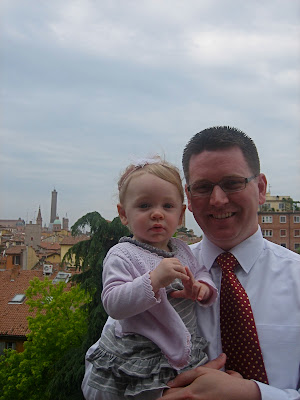 Saturday was Commencement for the Bologna Center because the small group of 202 students will be leaving Bologna and continuing their degree in Washington D.C. There were a handful of students who completed special programs who graduated after they completed their one year term. There was a lunch afterward and we took advantage of the wonderful view off of the terrace. Bologna is such a beautiful city!

One year done- one more to go! I'm so proud of Tyson! We spent the rest of Saturday packing our bags and getting ready to leave. We will be traveling more in the next few days and wanted to be sure to get everything *almost done before going. So with only the outfits we plan to wear for the next few days and some other small items that need to be packed, we are ready to go!

Laundry is so much harder to do before a trip when you don't have a dryer!

We walked back home from the train station the other day and Taryn had fallen asleep within 5 minutes of being in the stroller. Tyson and I walked slowly as we took in the last few glimpses of Bologna that we will have. It was almost 9pm and the sky was still light. I could smell the magnolia trees in Piazza Cavour as we came closer to home. We felt the warm air and made a permanent memory of one of our last walks in Bologna. It was a prefect end to a fun travel filled day.