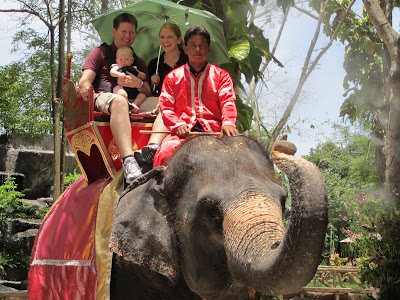 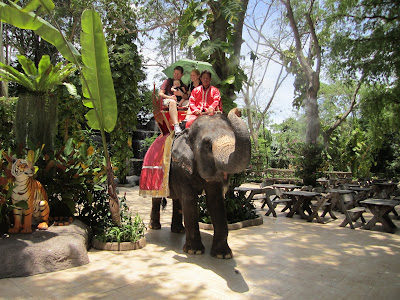 We rode on an elephant at the zoo and I could not contain my excitement. With smiles ear to ear I walked up the steps to mount the larger than life elephant. Yes, it's kinda scary because the seats are only held on by a harness so you have to make sure you are balanced the whole time. The only thing I knew I REALLY WANTED to do while in Thailand was ride an elephant. Having an elephant pick me up was icing on the cake! 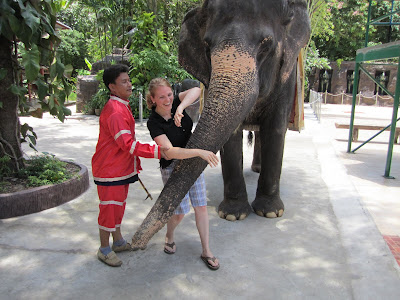 Being lifted up by an elephant was fun and different. The elephants have very coarse brittle hair and very leathery skin. I was holding on for my life and hoping the elephant wouldn't squeeze me tighter. When Tyson came to Thailand before we were married, and elephant lifted him above the ground using his trunk around Tys's legs and Tyson's arms were free to move around. I'm glad I had something to hold onto like his trunk because I was shaking!- but so happy at the same time 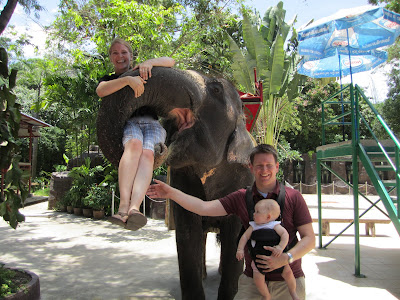 It looks like the elephant is preparing for a big bite! Taryn couldn't take her eyes off the big gray animal moving all around 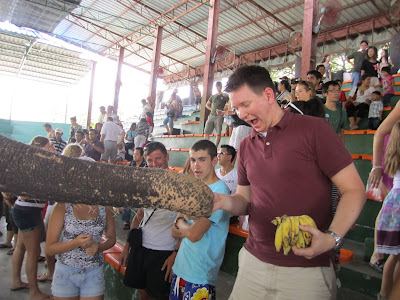 Feeding the elephants was scary because they can see the bananas right away and will grab them super fast out of your hands. I wanted to get a good picture of the elephant eating but I was too afraid to hold back the banana. Who knows what a 2 ton animal will do?!? 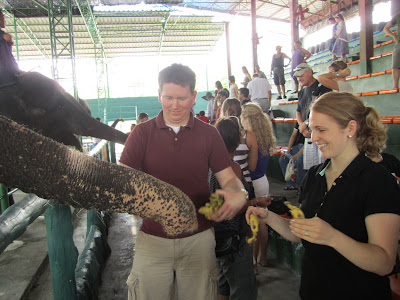 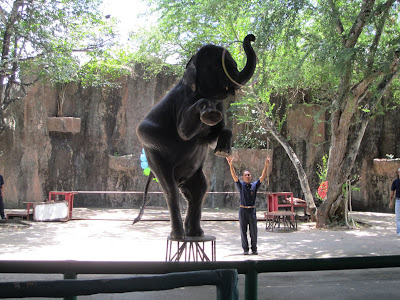 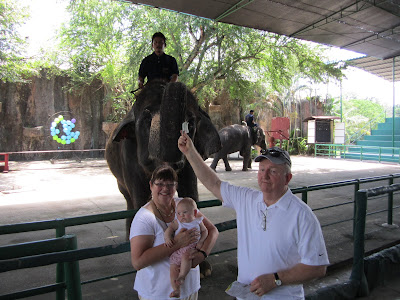 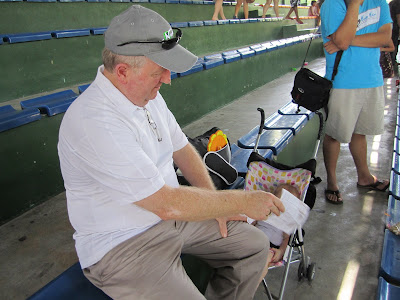 Grandpa helped fan Taryn while we fed the animals. It was a super hot and humid day and very crowded because the day we went was a BIG day for Chinese tourists and we had to run fast to make sure we had good spots for all the shows. Taryn did so great with the heat. We had an umbrella over her and made sure she was in the shade whenever possible 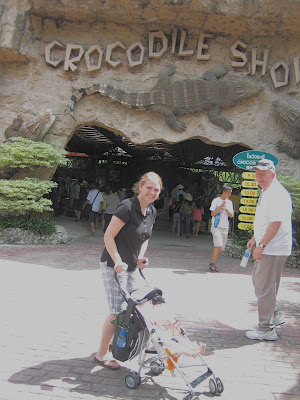 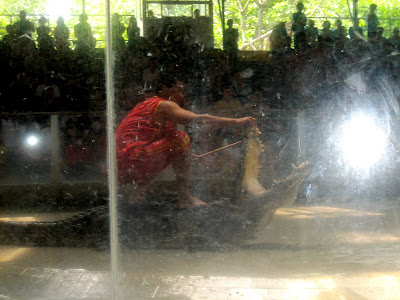 The crocodile show was crazy! People sticking their heads in the mouths of the crocs! Tyson and I were nervous the whole time - not for us, but for the people working the show. They say that this is the most dangerous job in Thailand and someone dies every year from doing it. Taryn actually watched the shows we went to. She was very interested in the crocodiles and tigers as they moved all around -plus they had loud music playing the whole time which kept her attention. 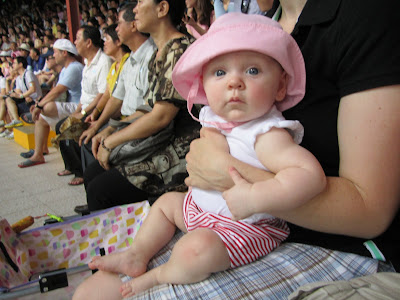 The tiger show was great especially when they jumped through rings lit on fire. When you see an animal in action it blows my mind-Tigers are HUGE! I kept thinking to myself that I hope I never come face to face with one in a jungle. Tigers are very gorgeous animals because their fur seems perfect and they move so easily, almost gliding wherever they go. They make jumping on top of a 8 ft tall stand look like nothin'! 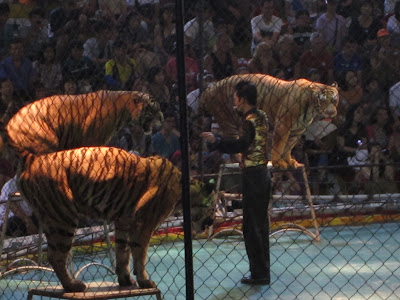 Because it was a super hot day, Grandma and Grandpa bought us ice cream and Taryn had her first full on experience with ice cream. We have given her little tastes here and there but she was all for it this time! The cool treat must have tasted so good to her after a long hot day. 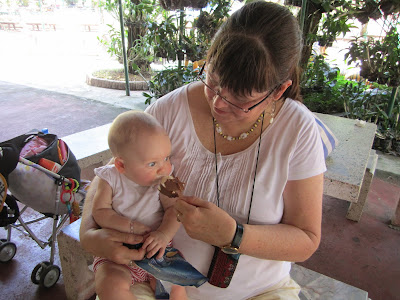 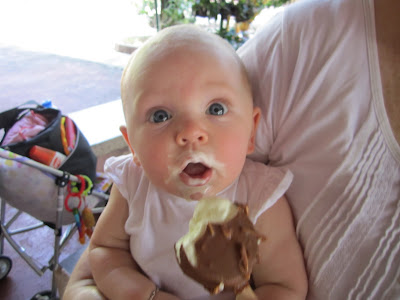 Can you tell she loved it?

After a great day at the zoo we drove to Que Pasa and ate a late lunch and enjoyed the tropical birds in front of the restaurant. The owner used to take the birds out on a leash for walks until his restaurant became very busy. The missionaries in Thailand love to eat here because it it the closet thing they can get to American food. We love Thai food but it is nice to break away and try something else every now and then.