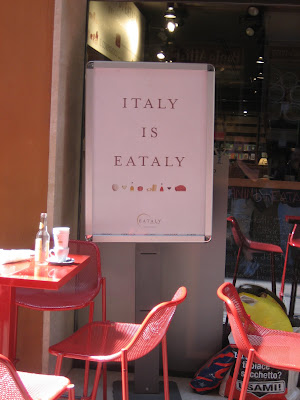 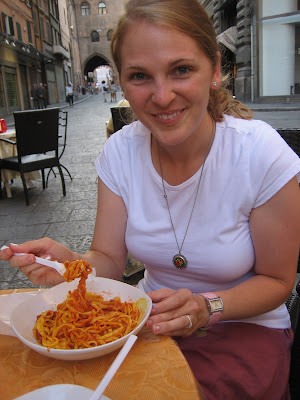 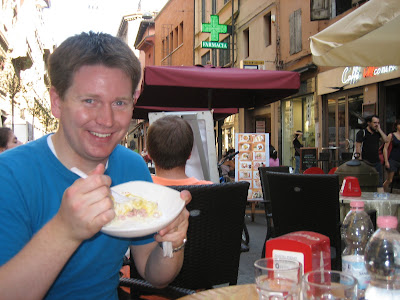 Loving the pasta here! Just sitting on the open streets eating dinner was a wonderful experience and watching the locals and tourists pass by trying to guess by the accents where they were from is one of our favorite past times.

It has been very hot here and there is no a/c except for the Bologna Center (JHU campus) so we go through a lot of water and had to buy another fan for our apartment to cool it down. We were told we arrived during the first of ten hottest days in Bologna! We live 20 min. walking distance from the campus (where our internet is for now) so we have to be careful how much time we spend outside with Taryn. But we are so happy that we live right next to a huge park which I would compare to Central Park in New York. I told Tyson before we moved here that I was hoping we would have a park I could take Taryn too! We really picked the best place to live! Our apartment is right by the bus stop we need to get to church- just a simple 8 min. ride!!! The park is close- we took a Sunday walk there. And there are two grocery stores near by! Coudn't have been a better location for us.

Posted by Brianna Smith at 2:55 AM