Going to the National Arboretum to see the eagles 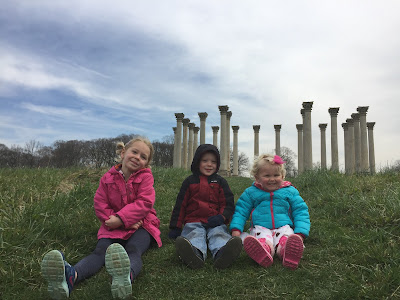 The girls and I joined Lynne and Logan at the National Arboretum last week. I had never been before but it's been on my "To DO" list since we moved here.
Even though spring was just in it's beginning stages, the Arboretum was amazing. Vast open land- fun for the kids to run wild in with no caution, cherry blossoms, beautiful blooming daffodils and great company! 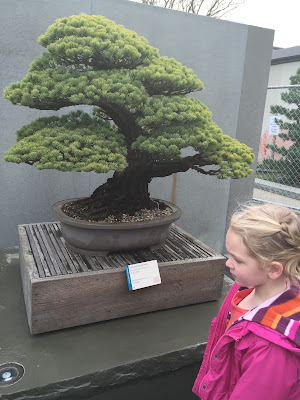 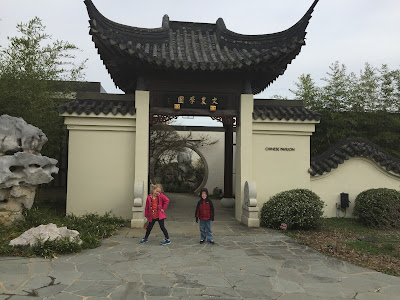 There is entire section for bonsai trees. Those little trees and the cutest and most interesting. They had  miniature maple trees with the tiniest little leaves. Taryn had a great time talking about the little people who used the trees. Lynne explained that some of those trees had been groomed by the same family for hundreds of years! 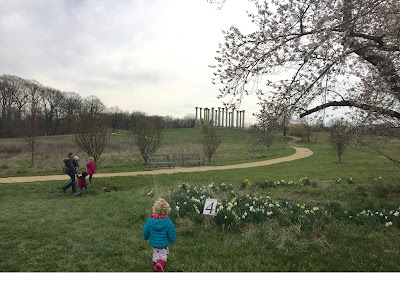 Lynne, Carson, Logan and Taryn walking in the distance with Haddie just in front of me. 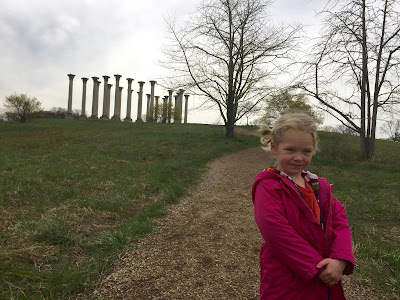 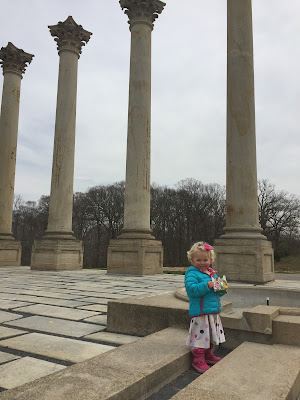 These pillars used to be in the Nations Capitol building until they were removed for remodeling and taken here. It really adds a lot to the Arboretum, the one thing everyone recognizes. 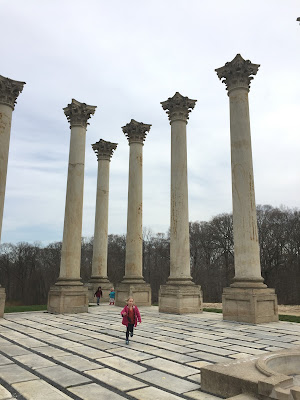 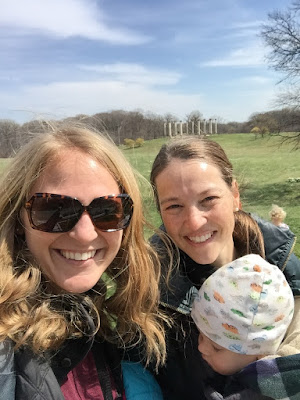 It started out chilly but the day ended with lots of sun! I'm excited to visit with Tyson in the summer to see the azaleas in bloom.

Mr. President and the First Lady are the male and female eagles that nest at the Arboretum each year around this time. A few weeks ago, their two eggs hatched and now you can view the eaglets on the "Eagle Cam. " We caught a glimpse of the nest at the edge of the restricted Eagle zone while we were there and then saw the little eagles on the "eagle cam" while in the visitors center. I really love showing the girls what spring brings- new life all around- such a reminder of the life of Jesus Christ and the reason we celebrate Easter. 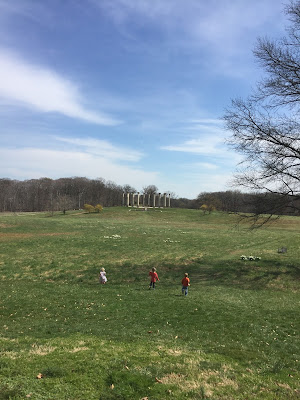 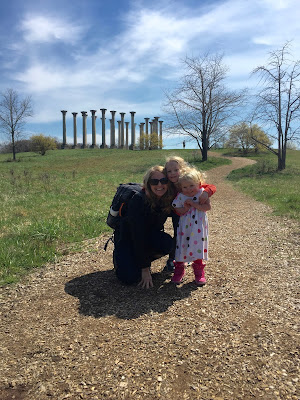 Thanks for the fun adventure Lynne! We had such a great time!