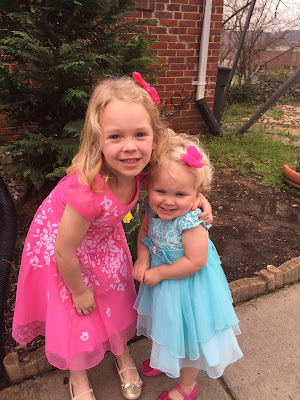 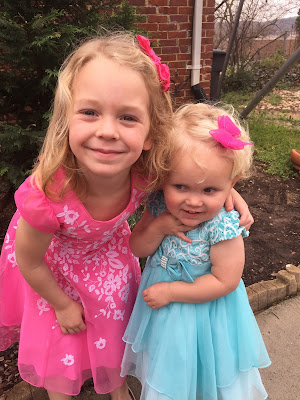 In their Easter Sunday best! Taryn was gifted that beautiful pink dress on her birthday from her friend and when we saw that Costco still had similar dresses in Hadleigh's size, we got one for her too. If you know Haddie, you would know that she LOVES to put on twirly dresses! We were happy we could find a dress for Haddie to love for Easter so these girls could twirl together. 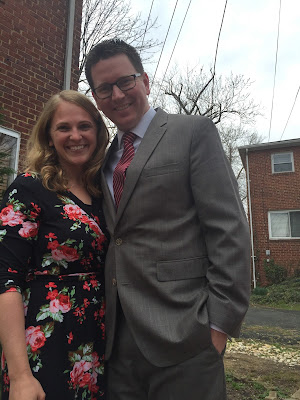 While we were taking pictures of the girls after church (which NEVER happens!) Taryn volunteered to take our picture. I think she's becoming very good! 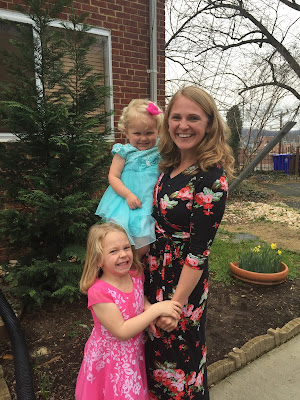 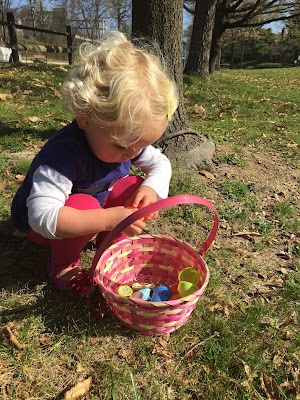 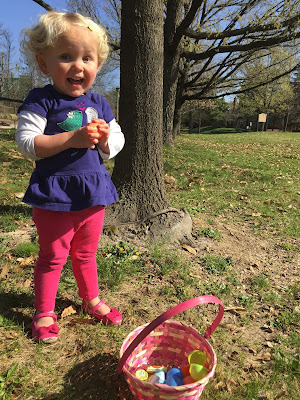 The ward had an Easter egg hunt that we BARELY made it to. We were just a few minutes late and when we pulled up to the park we realized we would have to park far away and maybe miss the egg hunt. Sure enough, right as we pulled up, we could see the group of kids had gathered  and were counting down from 10 to start. I pulled the girls out of the car super fast with their baskets, leaving Tyson to go park the car,  and tossed the girls over the wooden fence, saying, "GO GO GO!!!!" Right as their feet touched the ground, they said, "ONE!" and the egg hunt began. I stayed with Hadde and she found about 4-5 eggs (that's about as much as every other kids got too!) Taryn was off like lightening, picking up eggs faster than the speed of light. That girl can run! 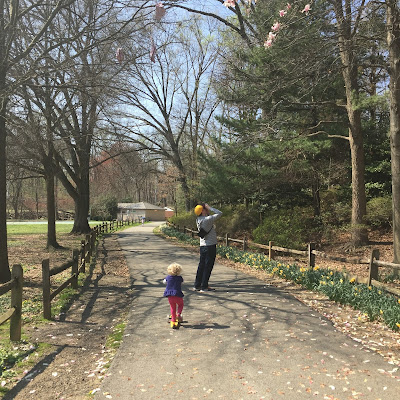 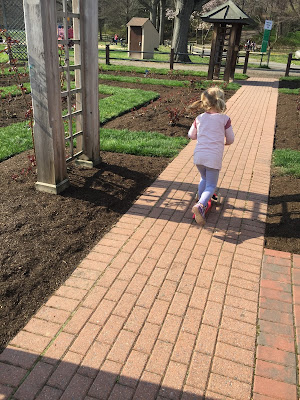 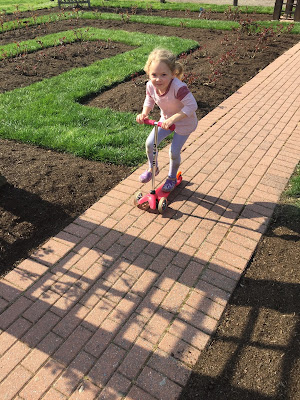 After the egg hunt we went to BonAir park so the girls could ride their scooters and we could enjoy a glorious day. I know I've mentioned that we've taken up birding, so here's an example of Tyson with his binoculars, tracking the sounds of the various birds we have in the area. It really has become a family hobby. I get pictures from Tyson after his walks at lunch of the birds he's seen. The girls will say, "Do you hear that?" when they hear a bird or my personal favorite from Haddie, "You hear that? Dats what birdies say! Tweet, tweet tweet!" 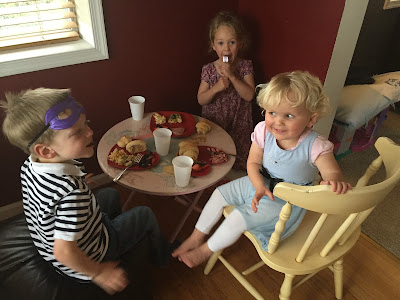 Back to Easter! We had my sister Brittany and her family over and our good friends the Haley's. Ham, funeral potatoes, rolls, fruit, veggies and the most yummiest carrot cake (courtesy of Lynne!)I felt bad for Tyson who lost his voice the night before and basically said "Hi" and "Bye" the whole time. You could hardly hear him when he spoke and it was more frustrating than anything for Tyson. He looses his voice really badly once every year. He was sad it happened over a holiday. But besides that,  it was a great Easter Sunday with family and friends :)