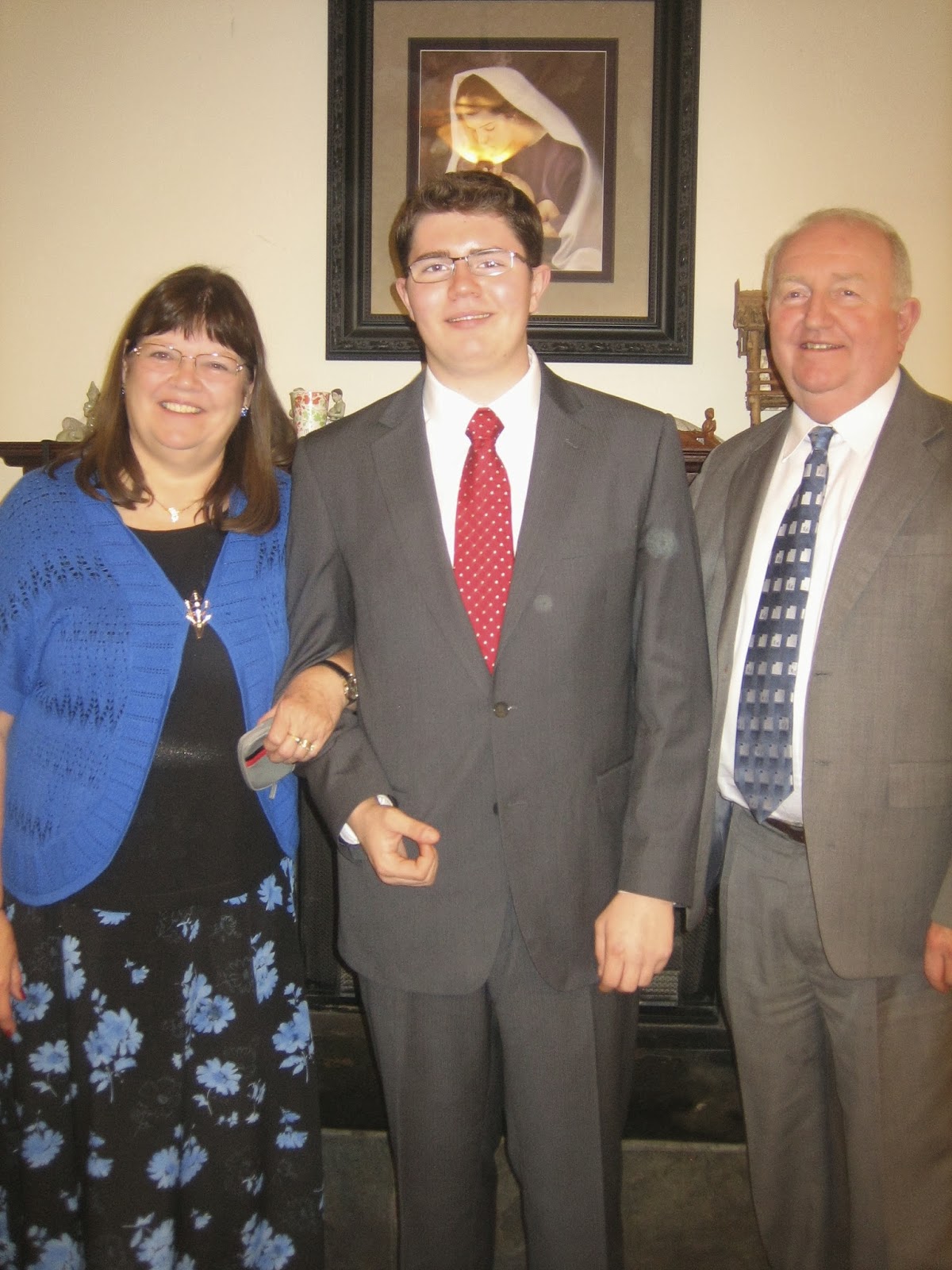 Grandma Smith and Grandpa Smith with Jayden who is their oldest grandchild.

It's crazy for me to think that when I first met Jayden he was only 14 years old. Now he is serving a mission for the Church of Jesus Christ of Latter Day Saints! Looking at this picture made me remember that I totally forgot to take a picture of just Tyson and Jayden- who are more like brothers than uncle/nephew. Tyson wanted so badly to be in Arizona for this moment in Jayden's life. They really have a special connection that I continue to learn about. I enjoyed the Sacrament meeting he spoke in a listening to his beautiful testimony of Jesus Christ and the Gospel. We are so proud of him! 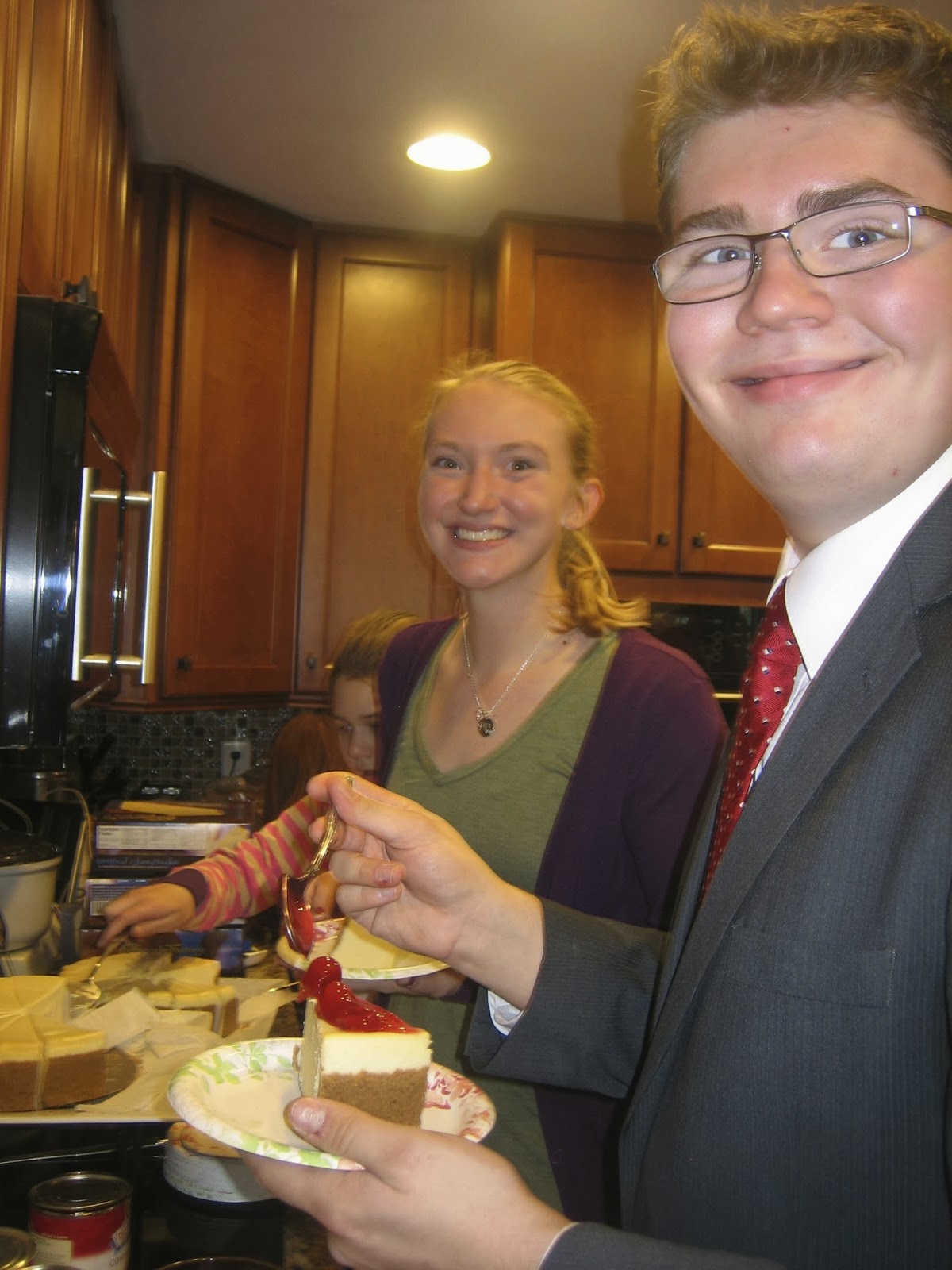 (Jayden and one of his friends)
My sister- in-law Janette (Jayden's mom) served Cheesecake to fit with his New York, New York South Mission call. 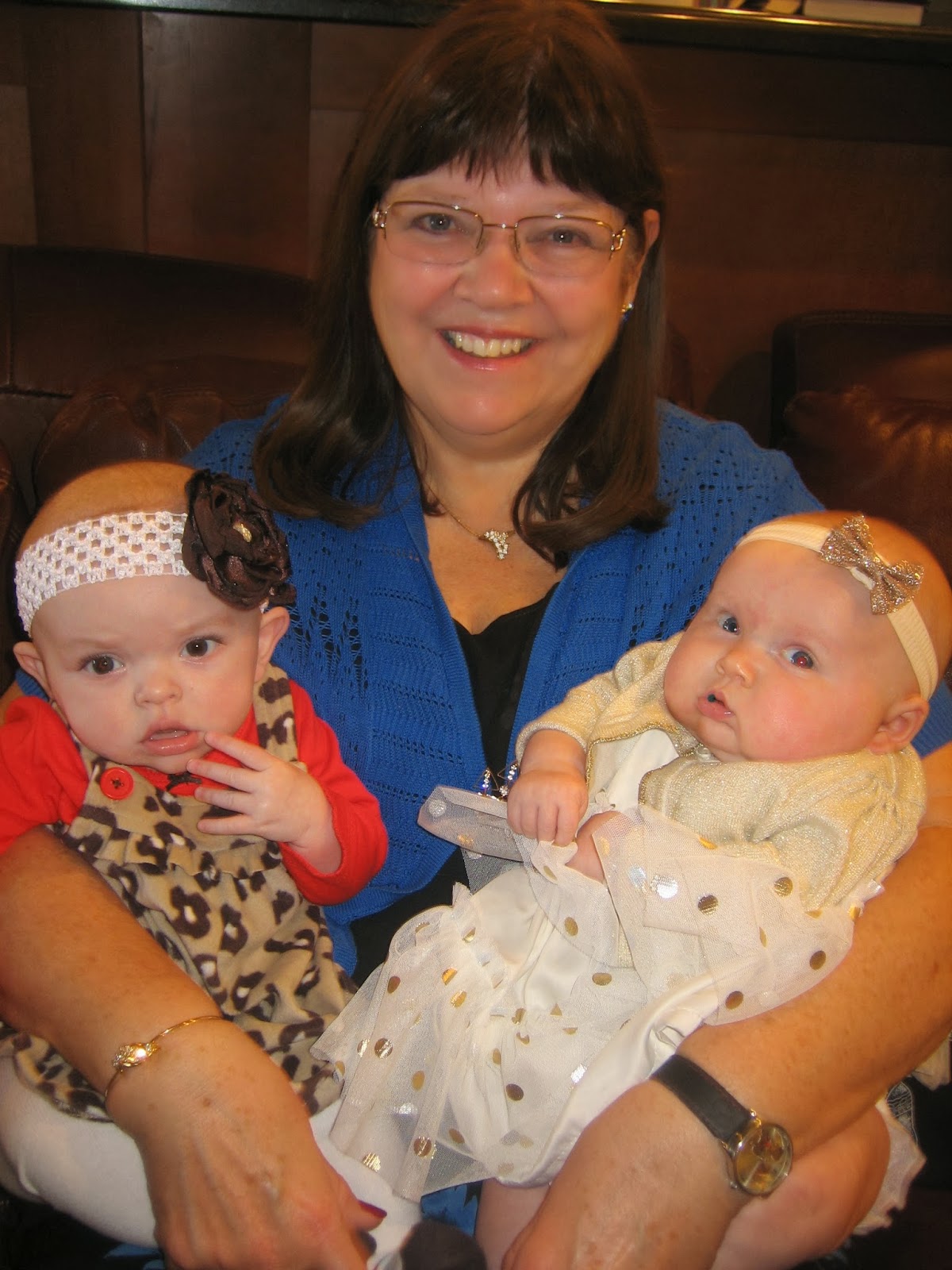 We had to get in a picture of Grandma Smith with the two newest additions. Harper is just two months older than Hadleigh. I was so happy to finally meet Harper! What a cutie! 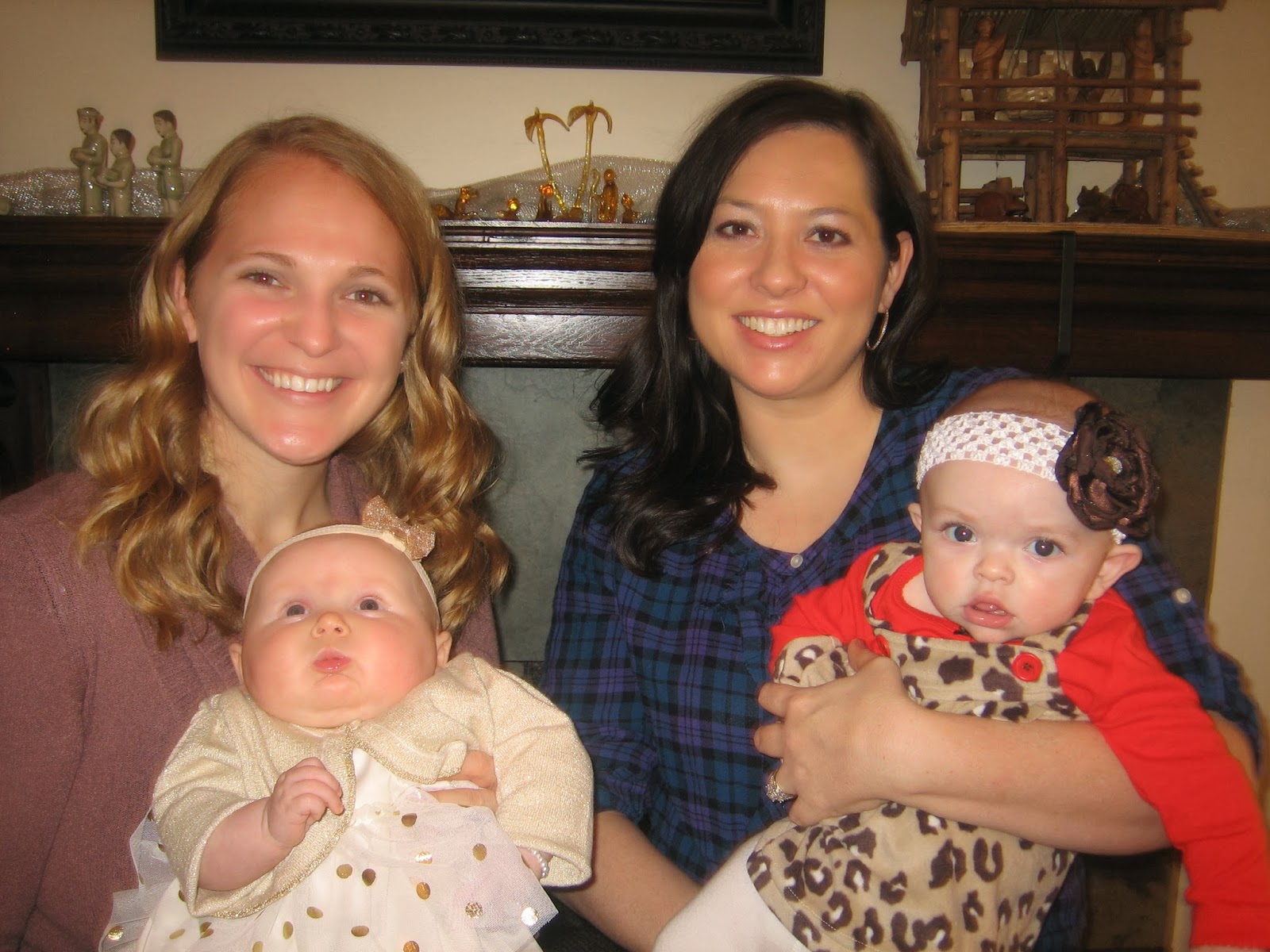 My sister-in-law Jenny with Harper. Hadleigh was oh so focused on the ceiling fan which she had never seen before.

Jayden left just a few days ago and it's exciting to think that he will be just a few hours away from us. What a great work he will be doing! Tyson and I are planning to visit New York- maybe we'll have to make sure it's within the next two years ;)
Posted by Brianna at 1:37 PM