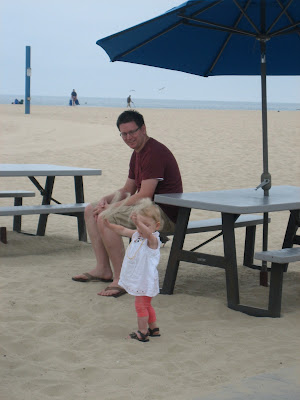 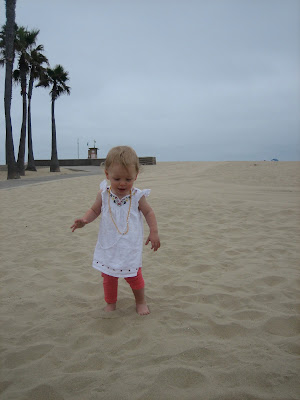 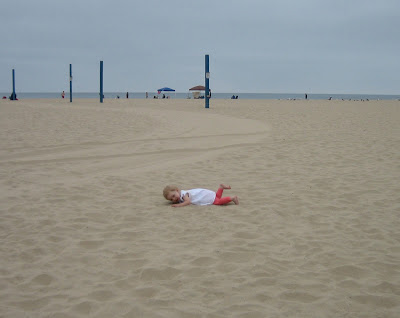 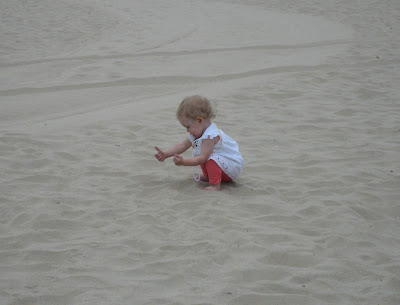 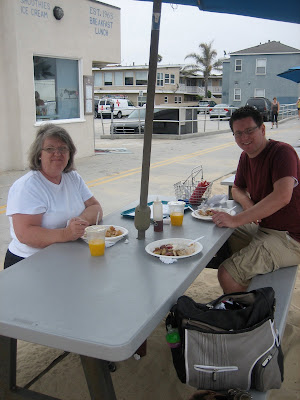 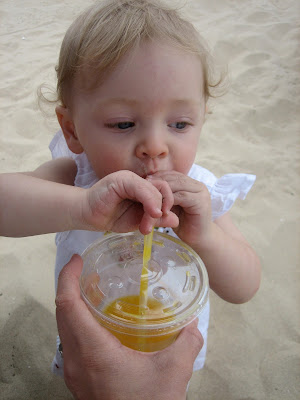 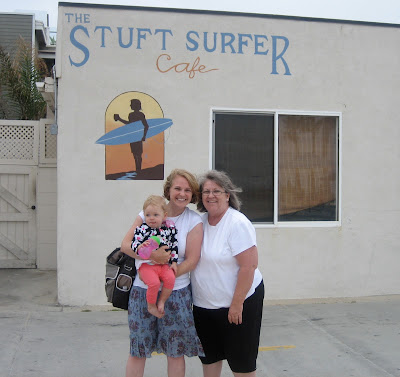 While in California we had to make a stop off at the beach and revisit our favorite spots. Mom took us to Stuft Surfer that has the best Belgium waffles, breakfast burritos, and fresh squeezed orange juice. I love eating with my feet in the sand. It was almost 1 year exactly that we were here saying goodbye to my parents before we took off on our Italy adventure. Taryn could hardly stand back then and now she was literally rolling in the sand, kissing it, and laying on it. She was in love and it made my heart sing. Our girl has some strong California blood running through her and it makes me proud that she loves the sand a beach as much as we do.

We also visited my favorite beach getaway- Crescent Bay. It's tucked away and never too crowded. We heard the seals barking from Seal Rock and I've seen dolphins there too. The water is very clear and I love the cool breeze mixed with my feet in the hot sand. Taryn run up and down the shore as the waves moved in and out. She yelled "Daddy!!!" every time she spotted Tyson boggy boarding in the water. Taryn buried her feet in the sand (and mine) over and over again and loved seeing her wiggly toes as she unburied them. The day was perfect at the beach. We drove a short ways down to the Shake Shack on PCH and enjoyed some yummy sweet potato fries and shakes. There are few things better than sitting and watching the waves as you sip on something sweet.

My parents gave us two movie passes that night so Tyson and I could have a little date night (THANK YOU!!!!) I thought that Snow White was a happier story than the one depicted in "Snow White and The Huntsman" but we still enjoyed it and enjoyed even more being together.


We've noticed that we've fallen into a form of "tradition" when we are in California visiting.
Some of our favorites:
Villa Roma- The Argentinian & Italian Restaurant
(to get the Alfajores that Tyson ate on his mission)
Crescent Bay Beach
Ruby's Shake Shack on PCH
"Waffle Beach" in Newport Beach
(delicious waffles and breakfast burritos- the the fun of having your toes in the sand while you eat)
A's Burgers
Laguna Beach

and I'm sure we will be adding to the list
Posted by Brianna Smith at 6:33 PM