A day to celebrate great Men 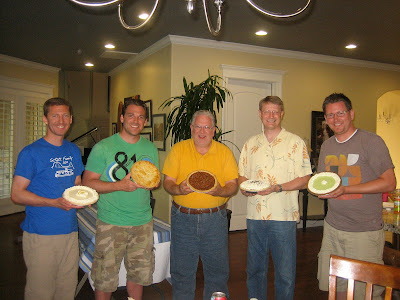 We came back from the lake on Saturday and started our Father's Day celebration. We ate pizza and pies from a yummy local bakery in St. George. Each of the men picked the flavor of pie that they wanted and we feasted! Sour cream Lemon stole my heart but each were so good! The boys watched a war movie after we swam that night and the girls worked on a secret project! 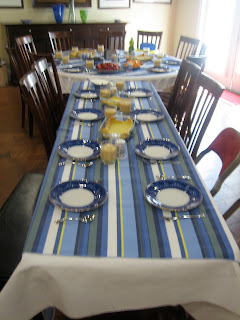 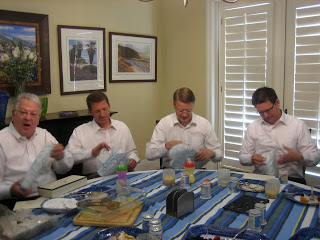 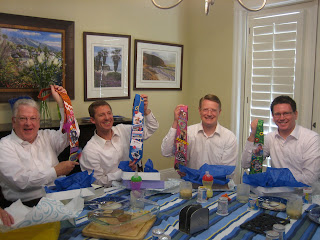 My brother Tyson had to catch a fight back to Oregon early that morning so he wasn't there for the breakfast celebration but we heard that while he was in the airport wearing his new Father's Day tie, that people were taking pictures of him and sending it to their Fathers. 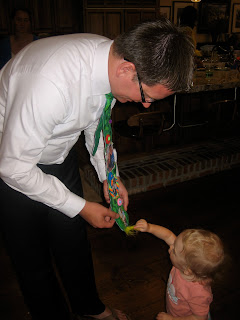 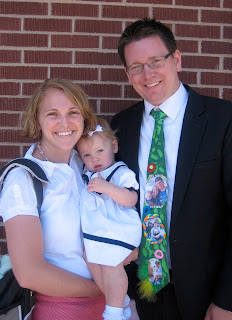 We had a great breakfast for Father's Day before heading to church. The girls had worked on a special gift for the the men of the family we gifted them Sunday morning. My SIL Jen was the inspiration behind these truly one of a kind Father's Day ties. It was so fun to see the reactions of the my Dad, brothers, Tyson and brother-in-law. These ties were a gift of love and I think this will become a tradition for Father's Day in our family.

AND- these ties work as a great play toy during church meetings- Taryn was so entertained by Tyson's tie. We lost a few pieces in the process of trying to tie it and when Taryn played with a few pieces but it was worth it!


Megan opened her new home in St. George to all of us so we could have a travel hub before and after Lake Powell. We had family coming from California, Oregon, and Utah. She worked so hard to make it a great experience for all of us. It made the trip much easier to be able to travel only a few hours to the lake instead of a straight 9 hours! Thanks Megan and David! We loved seeing your new home and being able to see a glimpse into your St. George life!