Staying at Grandma and Grandpa's Home 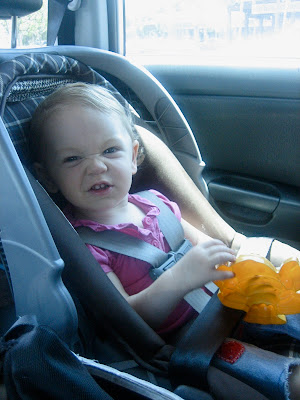 Why being at Grandma and Grandpa's is so much fun

Being here at my parents house has brought back many memories of my childhood. Taryn is playing with the same toys I did when I was little, having some of the same experiences, and getting to know the place I called home for so long. When Grandma shows Taryn new toys, I can't help but say "I remember playing with that" or, "I got that for my 4th birthday!" I love seeing Taryn explore the backyard and ask over and over again to go outside. Backyards are such awesome places- a place to run around, kick the soccer ball, and play with the plants. I love that Taryn enjoys being outside in the fresh air. Tyson and I commented on how well she entertains herself- finding new toys or just trying to talk with her aunts and grandparents. 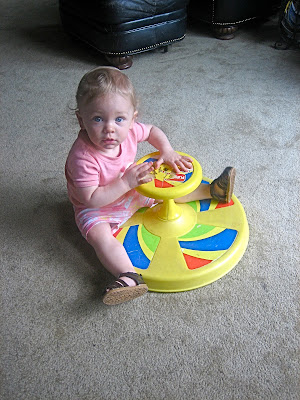 The classic sit and spin toy we had growing up. It only took Taryn about 2 minutes to figure out how to use it all by herself. Sitting on it or spinning it by hand- what joy it brings! She's always rocking some new pajamas 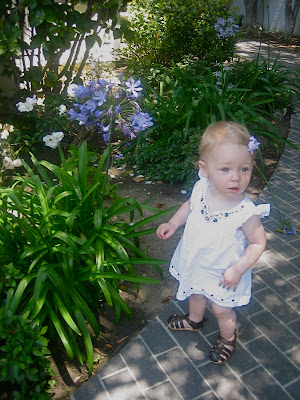 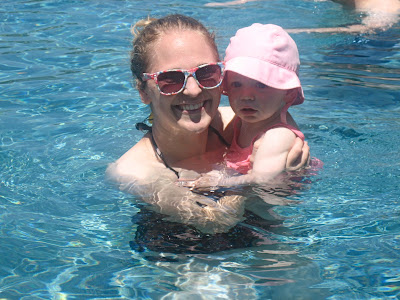 We went swimming at my Aunt and Uncle's home in Mission Viejo. It's a place I remember spending a lot of time in while playing with cousins, eating ice cream, awesome BBQ's, and celebrating holidays together. Being there with Taryn was like sharing a bit of my past with her while she created a bit of hers. Going into the pool was about as difficult as taking her first real bath in a bath tub. She fought it for about 5 minutes, digging her fingers into my neck as she held on for dear life. But as soon as she figured out she could splash around just like she does in the bath tub, it was smooth sailing. Just don't try to pull her away from your body to show her how to float or kick. By the end of the summer I hope that Taryn will be a water bug. 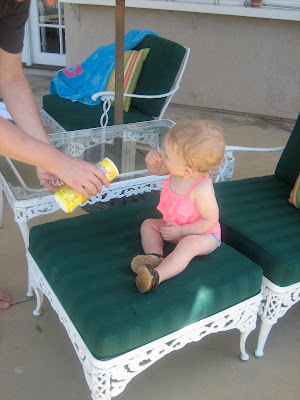 Plenty of new baby snacks that Taryn loves and we love as well. It may sound like a silly thing but we have loved introducing her to different snacks since we've been here. Gerber puffs, goldfish crackers, real graham crackers, fruit snacks and so much more. Would you believe me if I told you that non of these exist in Italy? I giggled to myself as I packed Taryn's baby bag for church and filled it with plenty of snacks. Her favorite for the past months in Italy have been Saltine crackers but by the end of our stay, she was over them. New snacks are awesome. 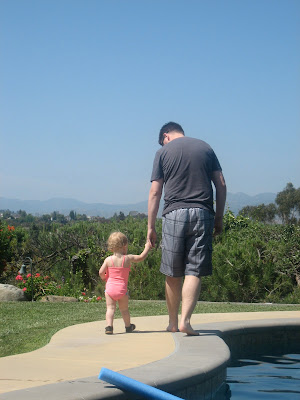 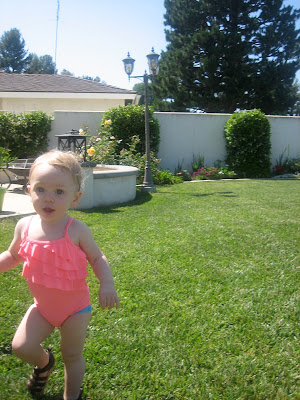 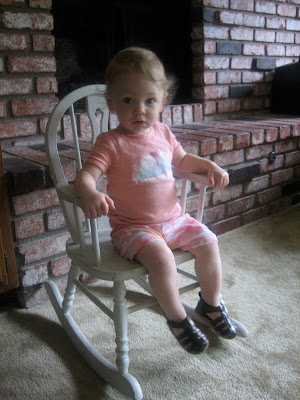 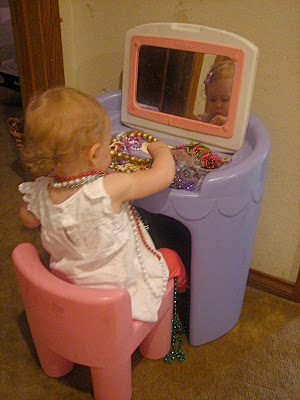 I remember when my little sister got this little Vanity set for Christmas. Taryn piled on the necklaces and enjoyed sitting in the chair and pushing it around saying "Choo Choo!" I love my little girly girl
Why being a Grandma & Grandpa's is so fun

After so many months, it's been great to watch my family get to know Taryn. She's been showing off all her new talents and making all the animal sounds and motions she can.

Travel Adjustment- By 10pm (or earlier) each night my body shuts down. I haven't made it through the past two movies we've watched as a family. I NEVER fall asleep during movies. It's reason # 342 that Tyson loves me :) (I think I did once when I was pregnant - but I don't count it). I just can't help it when I sit on a comfortable couch wrapped in a blanket- my eyes just close magically by themselves. It may also have to do with the fact that Taryn has been waking up around 4:30am ready for the day. This is a big improvement from the past couple of days- we'll get back to normal soon!

Posted by Brianna Smith at 7:28 AM