A tour of Great Harvest Bread Co. with some of our little friends. 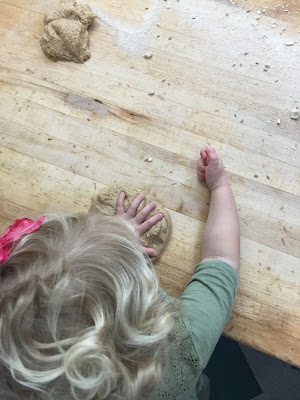 Our playgroup went to Great Harvest Bread Co. last week and toured the facility. Taryn had done this tour just a few months prior with her preschool so I knew that Haddie would love it just as much as Taryn did. We learned about wheat flour, how much honey a bee makes in it's life (less than 1/4 tsp!!!!), and the kids got to feel wheat, dough, and freshly ground flour. They also let us peek into their giant chocolate chip bin! 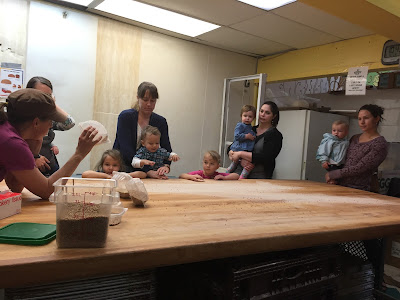 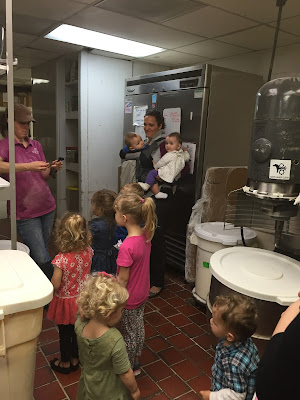 My sister Brittany joined us with her twins. I know she has her arms full! I tried several times to hold one of them but they are in the stages of "stranger danger" and screamed the second I tried to hold them :( That Brittany has a lot of arm and back muscles! 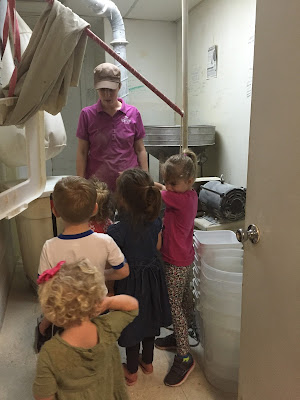 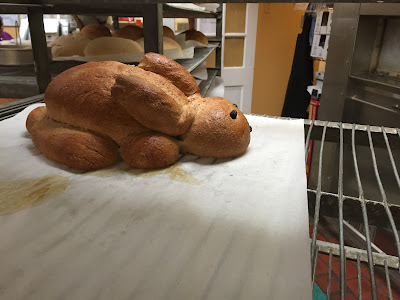 The facility was busy making Easter goodies. I LOVED this little guy, fresh from the oven. 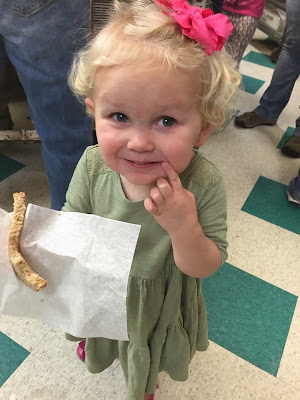 Each person had a chance to eat a slice of delicious wheat bread! The kids were so quiet when they ate :) Happy tummies! 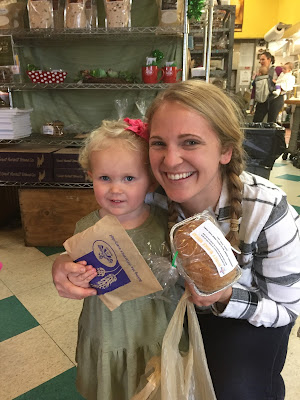 At the end of the tour, they gave each child a mini honey wheat loaf and a giant oatmeal chocolate chip cookie. Haddie busted open that cookie as fast as she could. 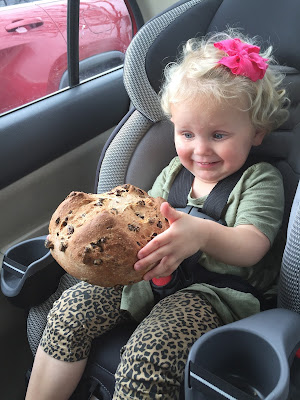 I bought a loaf of Irish Soda bread when we left. It was huge ( the smallest one they had) but I wanted to buy some for our St. Patrick's dinner the next day so I bought it anyway because they had given us a great tour and were super nice with all our little kids.

We have such a fun playgroup. There is always something going on and it's easy to join up with people or create an event where people tag along. I love where we live!