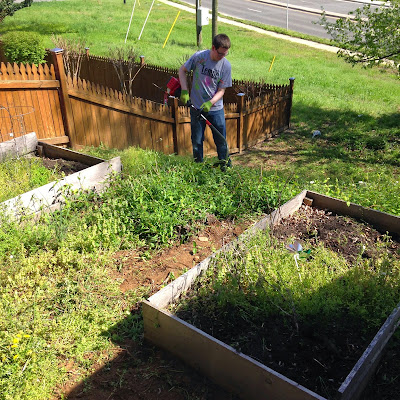 We LOVE yard work!
I know it sounds funny to say but because we've lived in SO many apartments, we are just so excited to have an outside area to call our own. There is such a reward that comes from a day of hard labor outside, working to clear weeds, mow, plant flowers (just one very small pot for now) and remove overgrowth. You come inside sweaty, thirsty, and drained of energy but happy with what you've accomplished. It takes time. Little by little we are tackling this big project of cleaning up a lot of overgrowth.
Those two planter boxes you see are now super clean! Our portion of the bottom hill is mowed. Tyson has weed wacked several times and just yesterday we cleared the stepping stones of mini trees and encroaching ivy. Taryn is happy to help for a time and loves pulling up weeds. We're working on teaching about pulling up all the roots so they don't grow back. She's learning! But mostly she loves playing with a shovel and the GIANT worms we find while pulling up the mini trees. Hadleigh is usually napping while we are working outside so she hasn't been apart of the yard work yet. I have to say that I have never seen so many bugs!! Centipedes, worms, beetles, ants, unidentifiable huge bugs, caterpillars, spiders spiders spiders and more spiders!!!!!!!!!!!!!! I'm excited to get rid of a lot of unnecessary vegetation so that these bugs can go find another home! 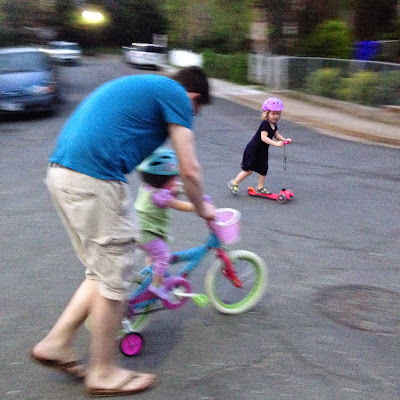 What would life be without a little play?! (or a lot of play for us)
We live at the bottom of a cul-de-sac and love all the street room we have to play. We've had to teach a lot of street safety. Taryn is really good at staying on the side walk but little Hadleigh is a wanderer….but learning quickly. It's terrifying to have two independent girls! 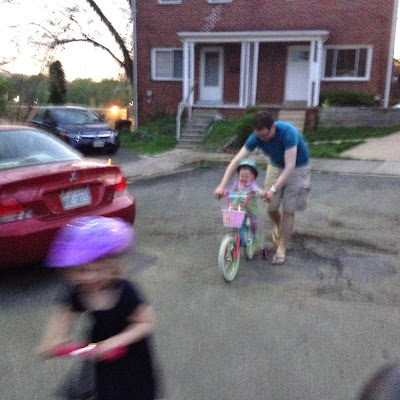 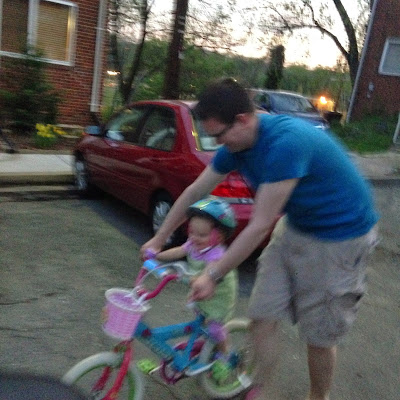 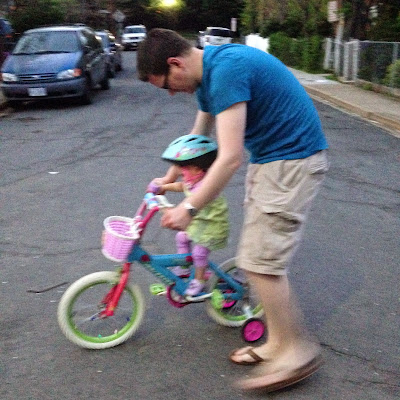 Hadleigh loves Taryn's bike and scooter. She still has a bit of growing to do before she can tackle either but we give her a little thrill every so often with a bit of practice. 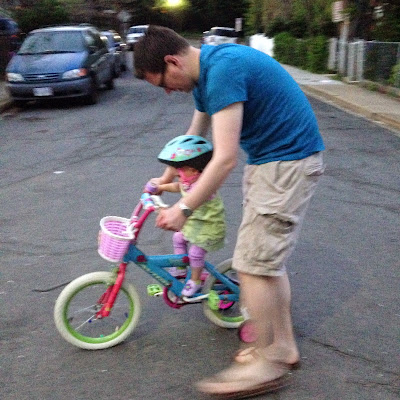 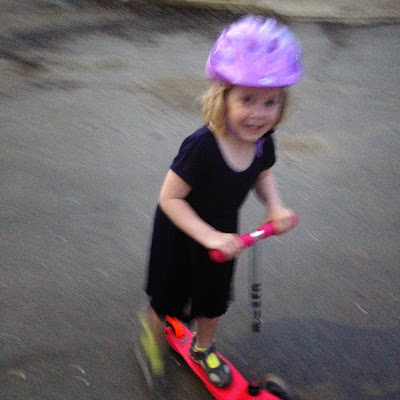 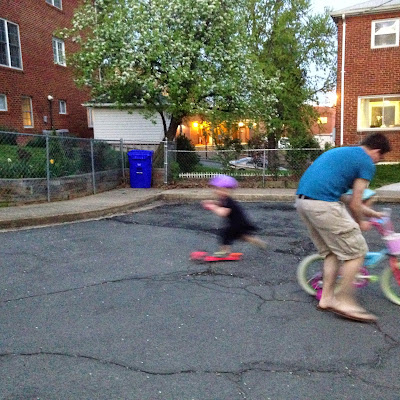 As fast as lightening! 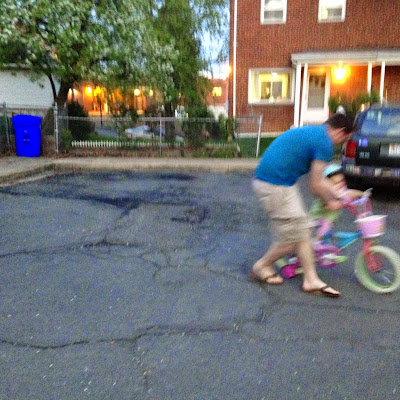 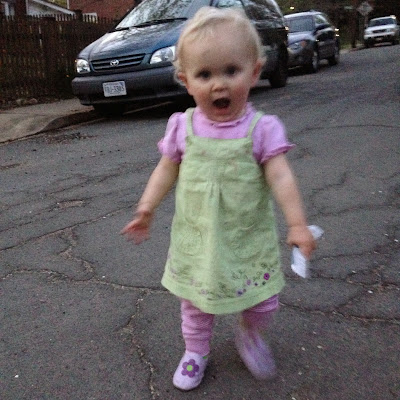 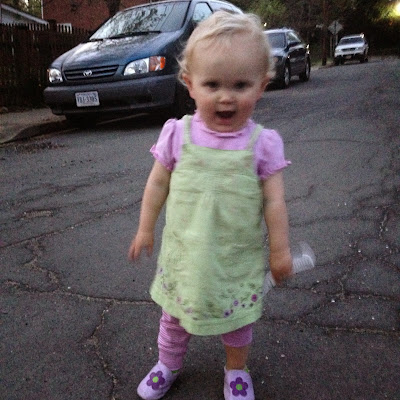 She's a happy little blondie who has a strong personality and a huge heart! I think it's hilarious that she's clenching a brush here. Not sure how it made it outside but it did!
Spring time is amazing here. We thrive off of park play and walks now a days.