Photos from the last little while 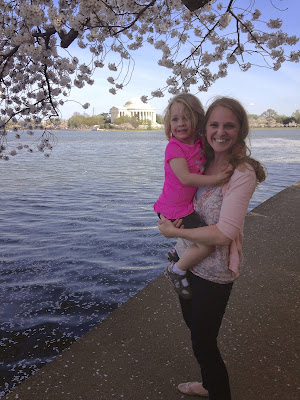 Ok this is really from Cherry Blossom week but I love it sooo much I wanted to share it! 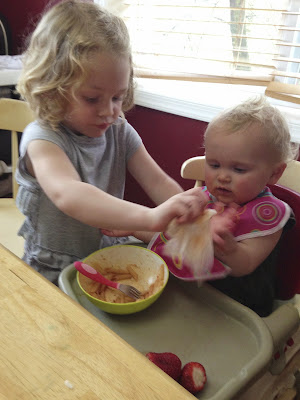 Taryn went into helper mode with Hadleigh- wiping her hands & mouth, helping feed her (though Hadleigh is completely capable of doing these things herself) And Haleigh LOVED it. Ha! 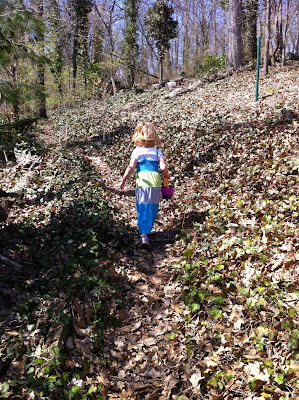 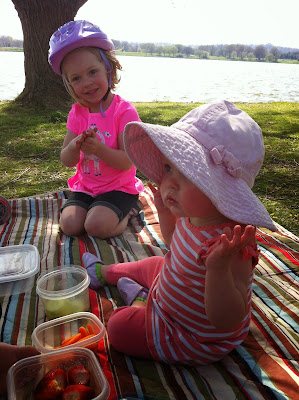 Family Picnics on the Potomac 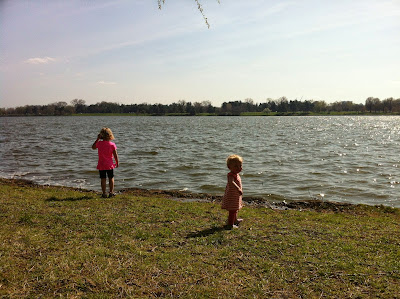 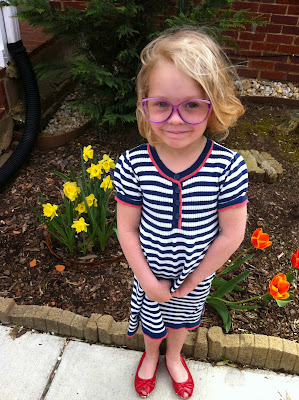 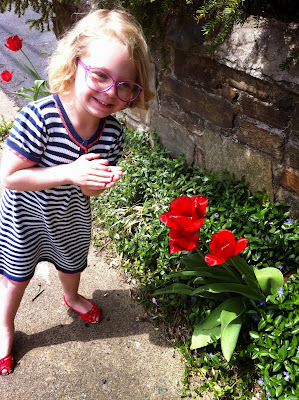 More Sunday walks with Daddy. Apparently Taryn was terrified of a bee that was flying near by but Tyson really wanted to take a picture of those flowers with Taryn. She was super brave and stood still for about 2 seconds! He caught a smile! 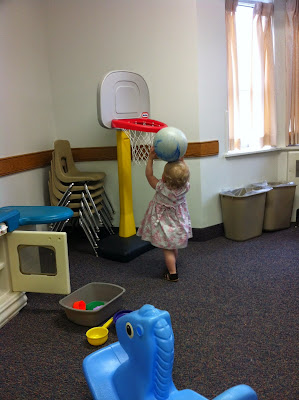 Basketball all day long in Nursery! 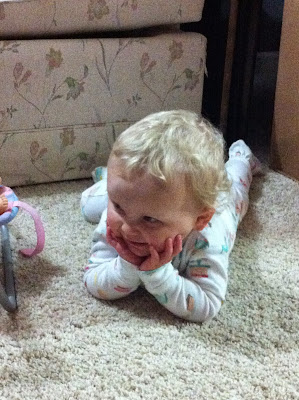 Hadleigh and I were playing around on the floor and Tyson snapped this picture of Hadleigh's pose! Too cute! 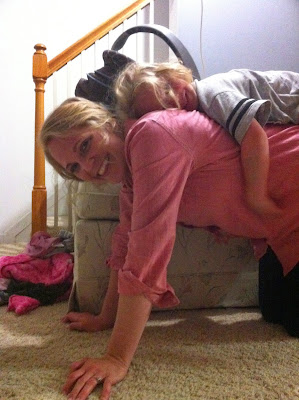 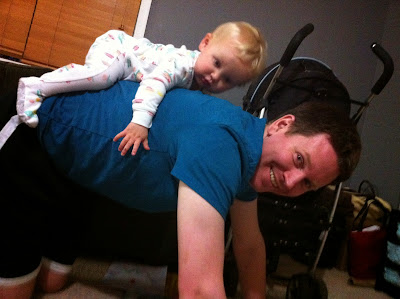 Horse back rides up the stairs is the best way to get the girls to bed these days! 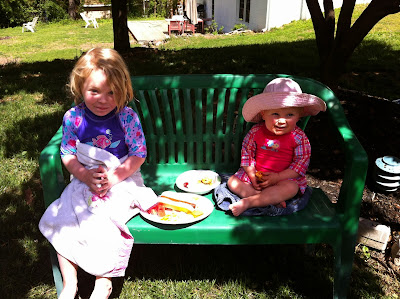 BBQ's at our friend's house! Let the summer yumminess began!!! 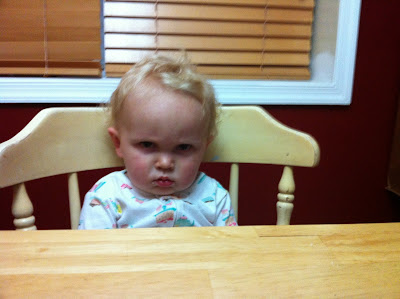 And the last shot of one super grumpy girl. Tyson told me she was wouldn't stop crying one night at bed time so he took the girls down stairs (cause Taryn hates being alone) and while they ate a few crackers, Hadleigh just gave Tyson the stink eye the whole time!!!

This week seems like it's flying by and going super slow all at the same time. I thought it was Thursday yesterday! Hadleigh had a nasty viral fever last week, finally breaking and giving her the red rash all over. I think it took a different form in Taryn and me. Stomach bug??!!! Taryn woke up last Thursday at 3am throwing up and I caught it 4 days later. It really was the worst and we're still trying to get back to normal eating. But we're keeping our fingers crossed this weekend we will be all better for the 3 day weekend!