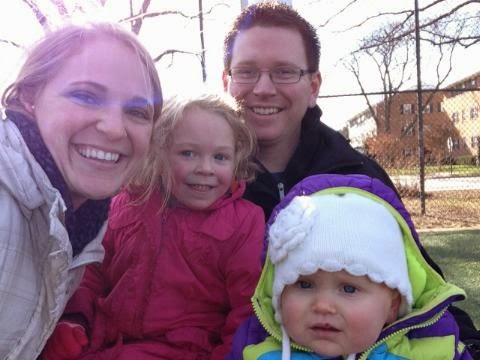 To start out our New Year's Day, we headed to the giant soccer fields across the street per request from Taryn. We played for awhile (though it was a little cold at first!) and also spent time at the park. It felt great to get out and get active for the first day of the new year :)
(Poor Hadleigh- she didn't want to pose for the picture.) 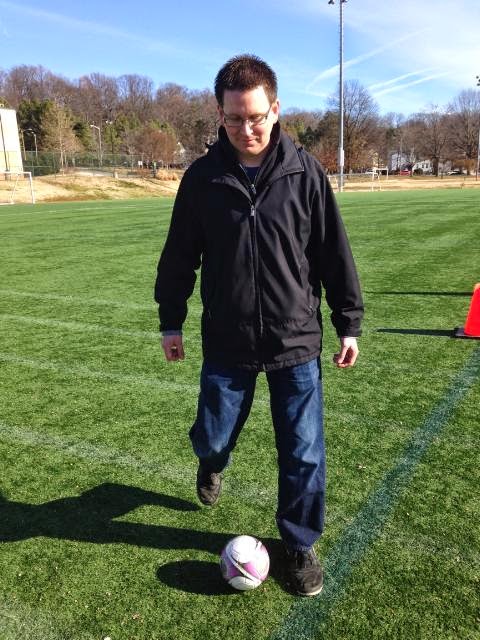 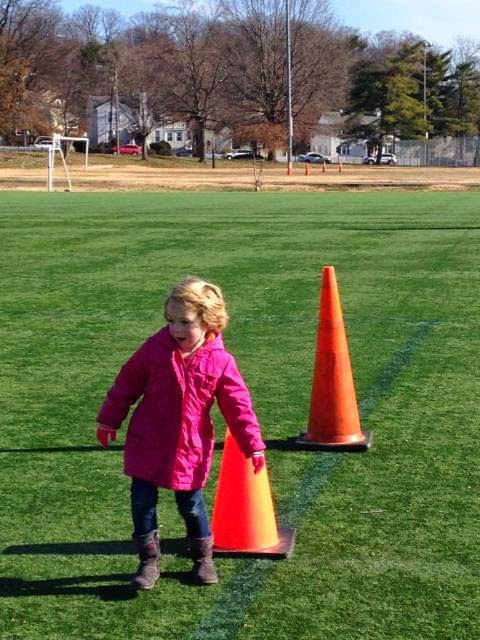 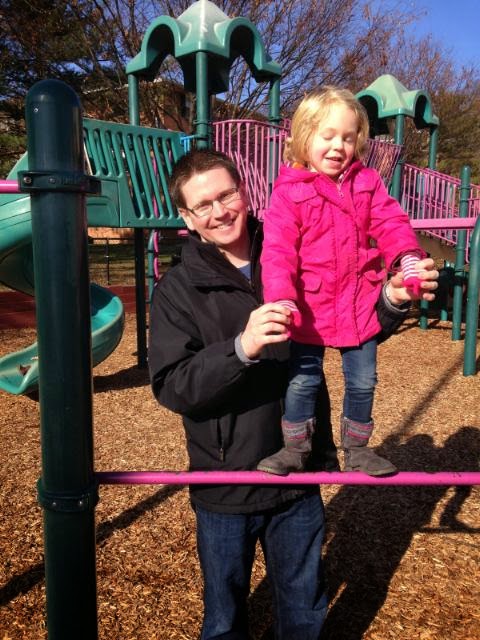 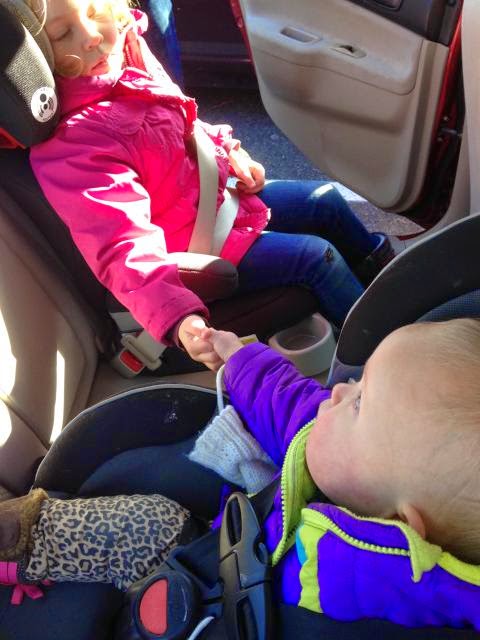 When we hoped in the car, Hadleigh reached out for Taryn's hand while calling for her with little noises. Taryn reached across the little divide and they held hands. It was a sweet moment for Tyson and I as we buckled the girls in their seats. They continued to hold hands for a bit on our drive :) 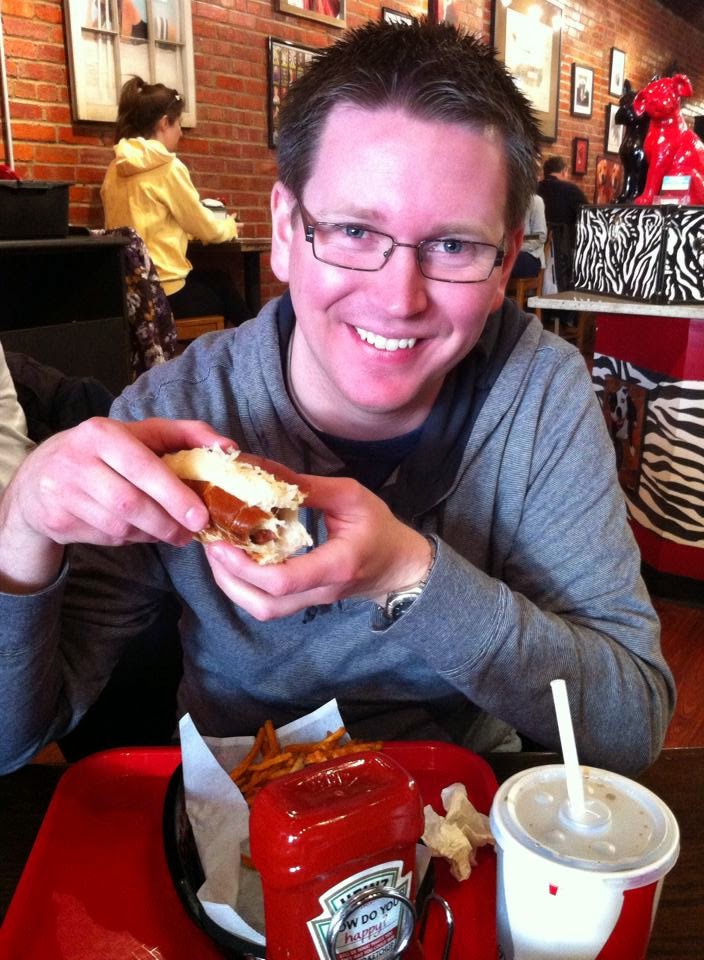 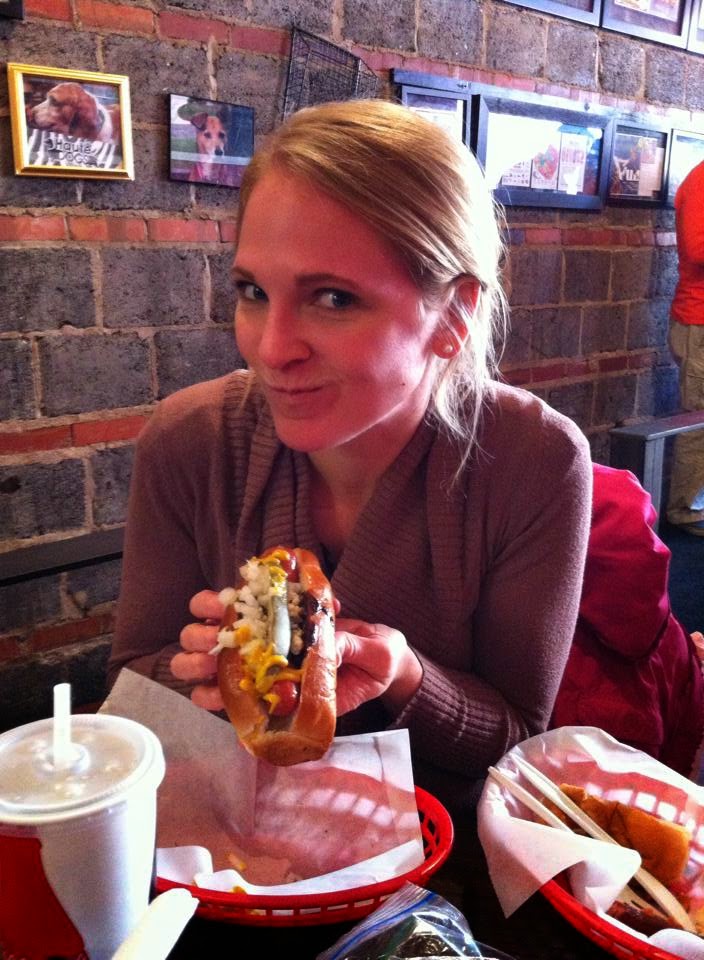 Haute Dogs & Fries!
So yummy! I know lots of people don't like hot dogs for lots of reasons but I have to say that a good hot dog makes me happy! We've been looking forward to trying this place out for awhile now and no time is better than Holiday vacation time! There were so many different choices, we know we will be back for more!
Tys-The NY Reuben B- The District "D.C." Dog