An Autumn moment to remember 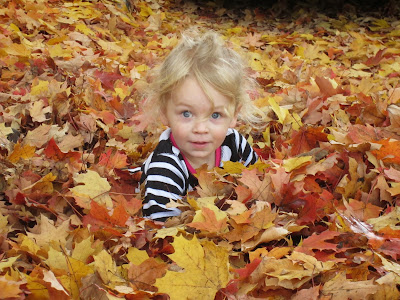 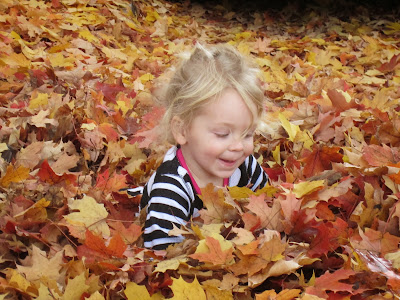 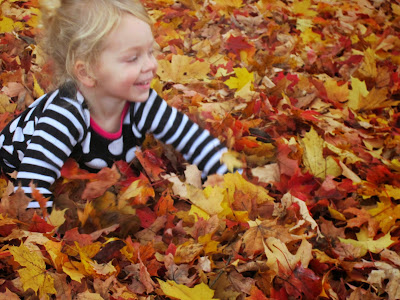 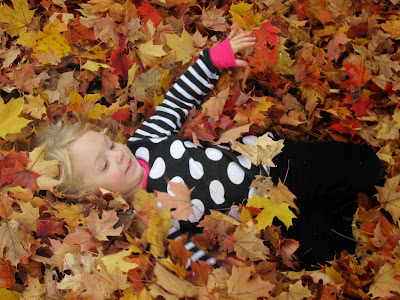 Two weeks ago after we visited the park with Grandma, a certain little toddler was very upset that we had to leave the park- and the worst yet- take a nap!!! So we drove around our neighborhood showing Grandma the amazing homes and gorgeous fall colors all the while trying to calm Taryn down. That's when we passed my favorite fall tree. There was an audible "WOW!" in the car when it came into sight. Tyson made it to the next house before I told him to turn the car around. No questions asked, Tyson made a u turn and we stopped right in front of the house with the amazing Fall colored tree.
There were giant mounds of leaves already waiting for Taryn. I jumped out of the car with her and I told her to run and jump in the leaves. She got so excited (and quickly forgot about said nap.)

Grandma soon jumped out of the car and snapped a million photos. Taryn would wait for Grandma to count down and then Taryn would run down the sidewalk and jump into the gigantic pile of fall leaves, laughing every time. She even told me she was making a snow angel in the leaves after one jump. 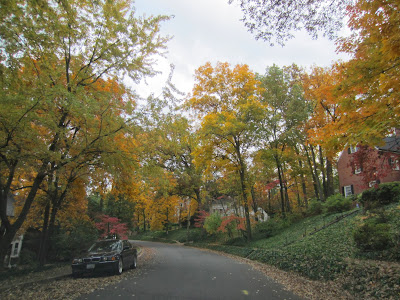 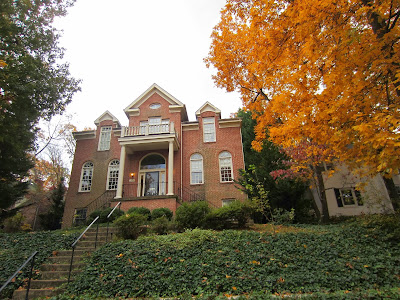 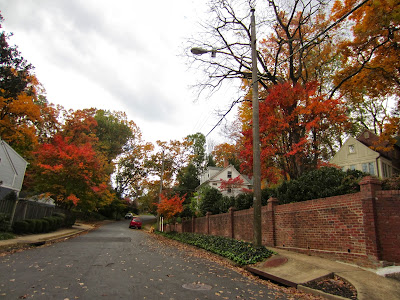 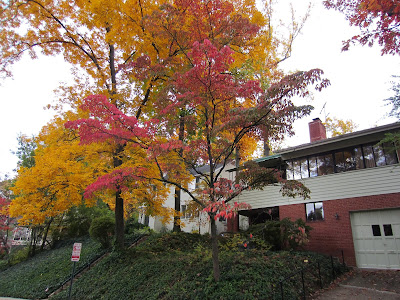 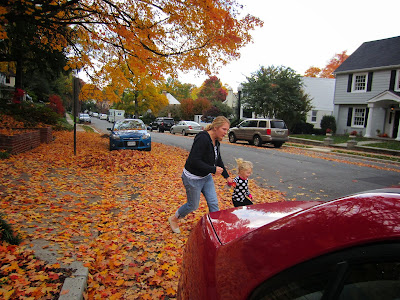 It started to sprinkle which was a perfect excuse to get Taryn back into the car. This picture is of me saying, "Oh no! It's raining! Hurry! Let's get in the car!!"
I love that Taryn still has a giant smile on her face.


The sweet, pure joy of a toddler is so heart warming.
Posted by Brianna at 12:24 PM