imagiNATIONS at the Museum of The American Indian 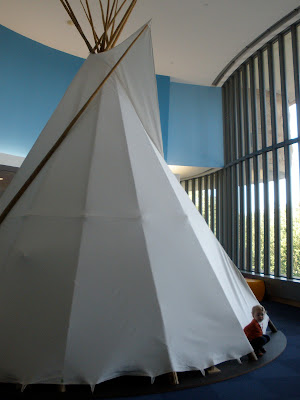 She posed herself in front of the Tipee. So I took her picture.

Taryn was taken buy all the horses on display and the interactive imagiNATIONS Activity Center. She even enjoyed the video that highlighted what The National Museum of The American Indian was all about. I was very moved as we watched the film depicting much of nature and I watched as Taryn paid close attention asking, "What's that?!?!" when she saw something new and exciting on the screen. 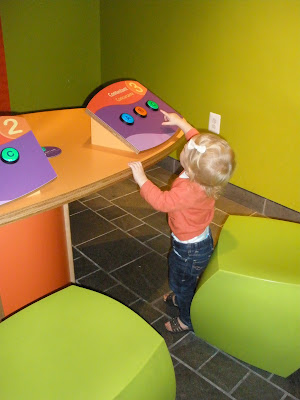 Don't know how she did it but she answered almost all the questions right by herself. She must have been born knowing that the Eagle is the most highly regarded symbol for the United Sates of America :) 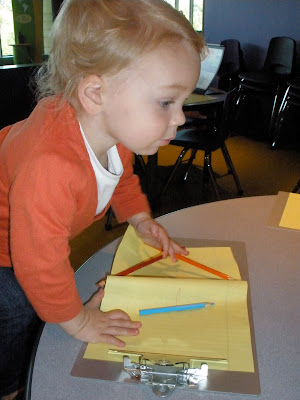 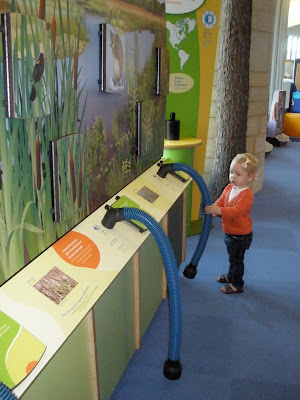 At this station, once you hold the blue cords to your ears, you can hear through speakers the sounds different birds make. 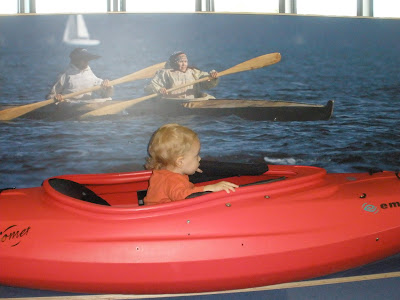 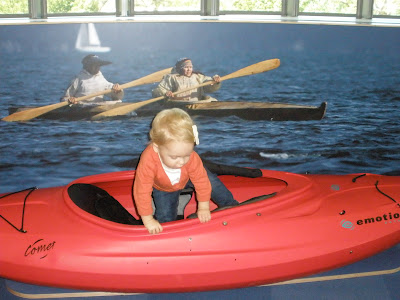 I'm pretty sure that you can't really exit like this from a kayak in the middle of the water. 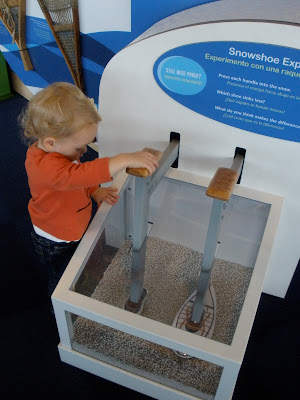 Snowshoes- And I thought it was just some funny fashion statement.
Who knew it actually had to do with PSI? :)
Taryn spent a majority of her time making sure that this exhibit was correct- testing it over and over again- Yup- snowshoes are easier to walk with than regular tennis shoes when you have to walk through snow. 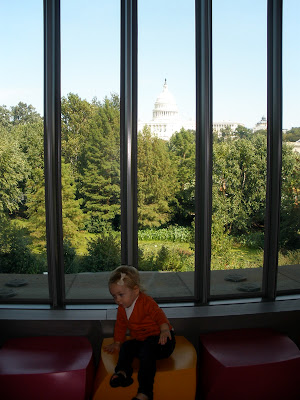 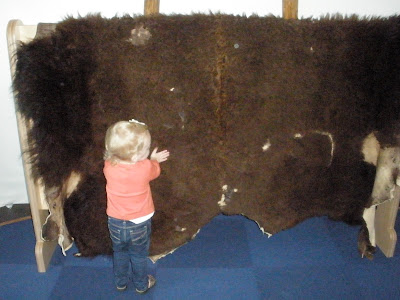 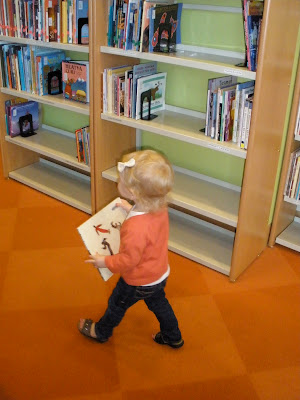 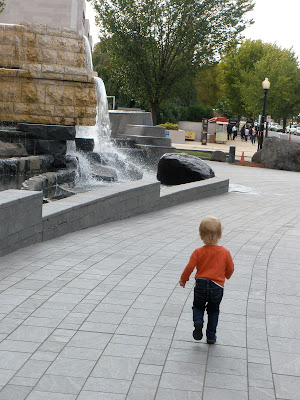 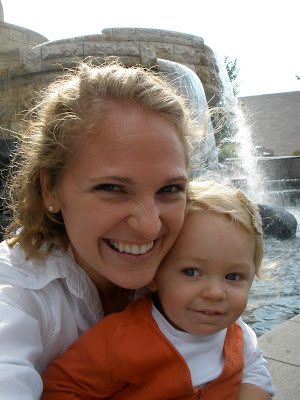 Me and my little adventure buddy.
Posted by Unknown at 7:06 AM