Exploring Oxon Hill Farm and "riding" on the farm tractors 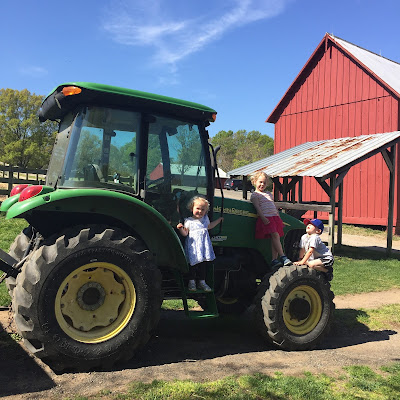 We visited the most picturesque farm a few weeks ago with our friend's the Haley's. There was farm equipment that you were allowed to climb all over and the kids LOVED IT! I'd say we spent almost an hour climbing up and down various tractors. The kids were in heaven! 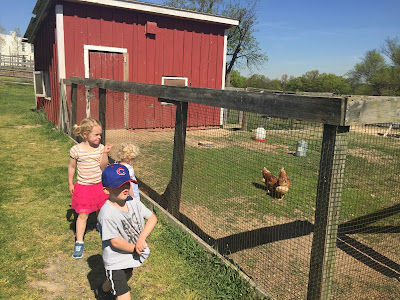 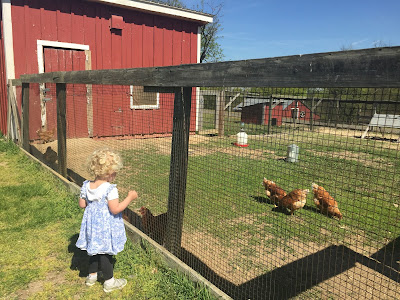 Haddie was super excited to see the chickens and watched them for a good long while. She would bring them up later on during our walk around the farm, telling me about the sounds they make and how a few of them made holes in the dirt to sit it. She is very observant and I love hearing what she absorbs through the experiences we have. This is exactly why we go on adventures like this! It's eye opening and so educational..oh and just plain fun! 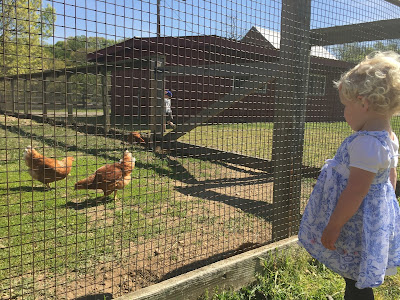 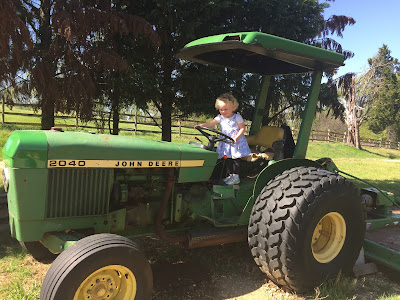 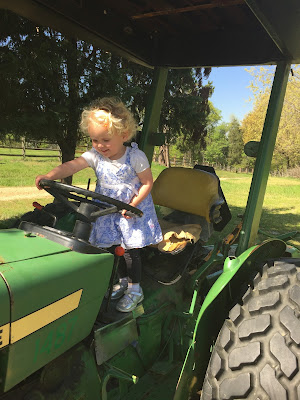 Haddie loved this little green tractor (and had a hard time giving Logan and Taryn turns on it... but anyway!) She beamed when it was her turn to "take it for a spin." 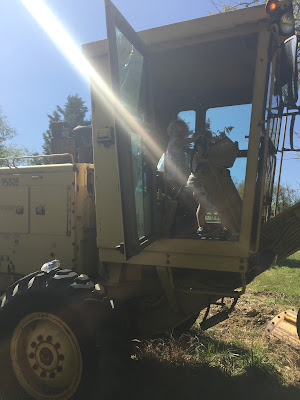 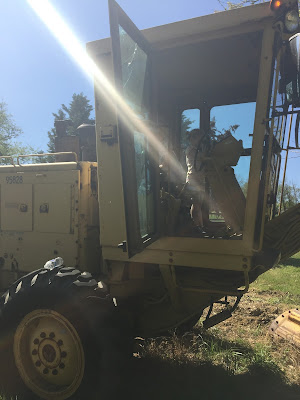 I'm not sure what this machine was called but kudos to Logan and Taryn for figuring out a creative way to get up into the bed of the tractor without adult help. Those two are monkeys for sure!
(Haddie  is in the top picture and Taryn is in the bottom picture) 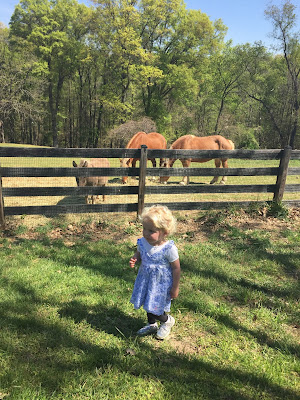 These horses and donkey were great to look at but we learned a valuable lesson. When you feed animals (especially donkey or horse) you have to keep your hands flat so they don't bite you. My girls were waiting their turn to feed the donkey some apples when a little boy got his finger bit! It scared Taryn so bad she dropped her apple, backed away and said, "I don't want to feed that 'horse' anymore!"(we later explained it was a donkey) Haddie chose to watch from a distance after that. I was surprised that Logan still wanted to try and feed the donkey. He was very brave and fed the donkey several times! He has more courage than me!! 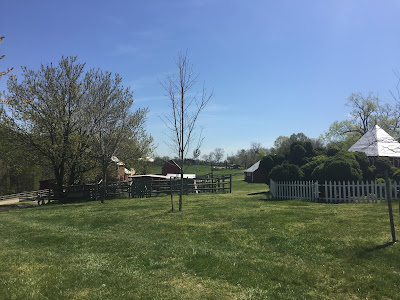 It's hard to see, but Logan and Taryn ran ahead to take a break under the tree on the far left . You can barely see Taryn standing up.

We sat under a large oak tree so Lynne could feed Carson and the kids could eat lunch. It was just such great moment in time. The kids were happy eating (despite a few meltdowns right before we ate due to hunger for my kids- low blood sugar!) and playing and I got to chat with Lynne for a good long while. 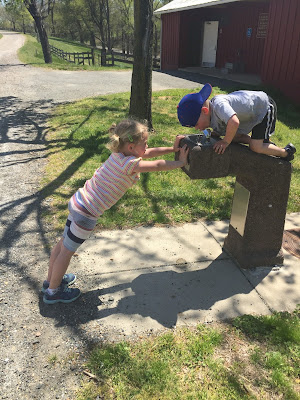 Taryn and Logan discovered the joys of playing with a water fountain. Taryn was completely soaked by the time we got to the car! :) 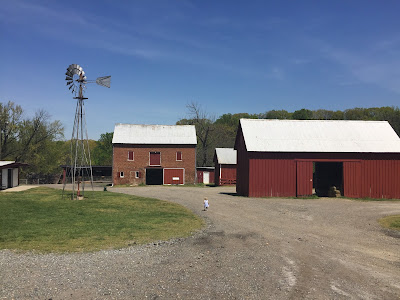 And there's little Haddie running to catch up with the big kids! It was such a pretty farm with the biggest pigs I've ever seen. 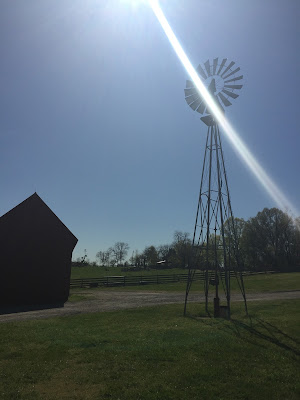 A gorgeous day outside is better with friends and a new place to discover :)